6 of your absolute favourite foods that have horrible secrets

We’re paying more attention than ever to what we’re eating. With warnings over odd additives and stomach curdling chemicals an inescapable part of modern life, we’ve all learned the dangers posed by many of the world’s yummiest foods. However, it turns out that no matter how hard we try to avoid frozen foods and late night takeaways, the industry has cunning ways of sneaking naughty things onto our plate.

Foodies beware: here are six of your favourites that have horrible secrets.

The cost of a premium bottle of red can leave you gawping. While wineries will be quick to point out that it takes time to allow the drink to properly mature in a wooden cask, it turns out that some producers have figured out a way to replicate the rich, mature taste of the real thing at a fraction of the price to the producer. Rather than letting the liquid develop naturally, wood chips are occasionally added to soak and rot within the wine before it is filtered, before the whole batch is topped off with a concentrated grape juice known as “mega purple”. Not quite as sophisticated as we were led to believe. 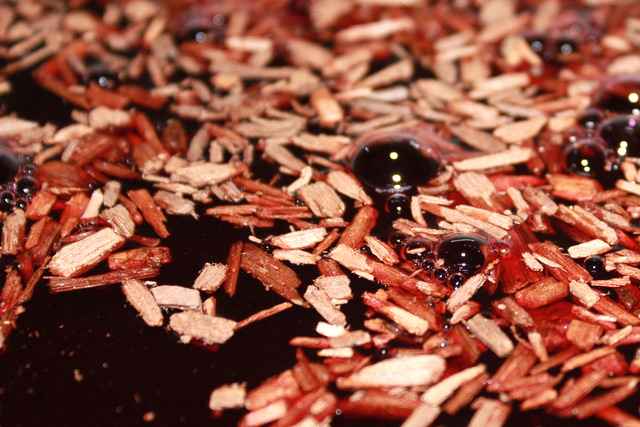 With global fish stocks coming under greater pressure than ever, many desirable species are in increasingly short supply. In order to tackle high levels of demand, supermarkets and restaurants have had to resort to drastic measures. According to a recent survey carried out by conservationists Oceana, over one-third of fish sold is intentionally disguised as other species. The most likely to be counterfeited was red snapper - in 120 test subjects, only seven were found to be the real deal.

It’s an inescapable, if unappetising fact of life that anything that grows outside will likely have come into contact with something small and crawly. However, we often willfully ignore the fact that these unwanted visitors regularly end up as accidental additives in a range of “vegetarian” products. According to the FDA guidelines, a jar of peanut butter can legally contain up to 30 insect parts per 100g. It certainly makes you think twice before buying “crunchy”.

One of the more polarising treats, liquorice is very much a love it or hate it affair. However, it turns out that even those who swear by it would do well to avoid it in the future. Liquorice root has been variously linked to causing premature birth, breast malignancies, kidney disease and diabetes. In extreme cases, it has even been suggested that eating just two ounces a day for two weeks can cause serious heart problems for people over forty. Bassets take note - Allsorts will leave you out of sorts.

Rumours of pus and milk have been floating about for decades. While the truth is nowhere near as dramatic as some would have you believe, milk is far from innocent. In America in particular, approximately one in six dairy cows suffer from clinical mastitis - an infection that stimulates the production of somatic cells. In diseased cows, these cells are overwhelmingly made up of the building blocks for pus, meaning that a good deal of milk is likely to be contaminated. While it is certainly not as rife as been reported, it’s still worth knowing that you may be pouring pus on your cornflakes.

For all the rules and regulations that govern food production, it’s inevitable that things sometimes go wrong. Given how difficult it is to control every stage of a product’s journey from field to table, every food is likely to contain an array of unlabelled ingredients. Repeat studies have shown that these can vary to everything from trace amounts of pesticides to cardboard chips from errant packaging. Unfortunately, unless you’ve grown and picked it yourself, there’s really no way of knowing what may be in your meal.

With the world growing increasingly neurotic over what they may or may not be eating, the news of bugs in peanut butter and pus in milk will offer little relief. However, it’s always better to be in the know than remain ignorant. Besides, it doesn’t stop most of it from tasting delicious.