The Cadbury Dream chocolate bar is one of the most sorely missed treats out there.

If you appreciate having the option to choose between white and normal chocolate, rather than having to settle for a Dairy Milk, the iconic Cadbury design was literally a Dream come true. People were understandably upset when it left stores.

However, much to everyone's excitement, the bar is finally getting a relaunch in the UK. Here's everything you need to know about the comeback. 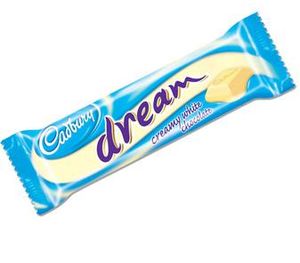 According to recent activity on social media, the beloved chocolate bar will be available for a limited time at British retail chain B&M.

Posting to their 1.2 million followers on Instagram, the brand wrote: "When your dreams are a reality... this tasty Cadbury UK Dream bar is in stores now! It's a perfect bar for white chocolate lovers; made with smooth and creamy white chocolate!”

The caption accompanies a tempting photo of a large Dream chocolate bar.

Although the announcement is certainly exciting, there are definite downsides to the news.  For one thing, it seems that the offer is a B&M exclusive, so you're options are limited if you don't live near a store.

Another issue appears to be the price. As per the supermarket's Instagram account, bars will be sold at £2.99 for 180g.

Considering you can get a 360g bar at Tesco for the same price, this is clearly not a cost-effective offer. Still, for a bite of limited time only sweet nostalgia, it could definitely be worse. 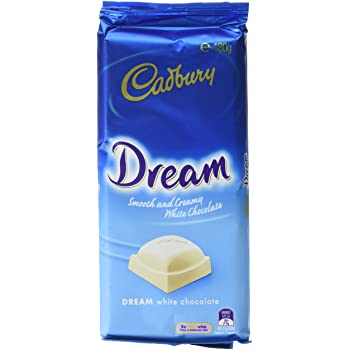 When was Cadbury Dream discontinued?

Cadbury discontinued the original Dream bar in the UK after its initial release in 2002. Despite an attempted rebrand in 2019, under the new name Cadbury White, the bar never developed more than a cult following in Britain.

However, the bar's limited success in the UK doesn't reflect its popularity around the world. The bar continues to be a staple part of the Cadbury lineup in Australia, New Zealand and South Africa, for instance.

READ MORE: Homophobic reaction to Creme Egg advert gets shut down by Cadbury and LGBT+ charity

Certainly, Dream doesn't have the same status as other cast iron Cadbury classics. But, if this new launch is anything to go by, the bar still has plenty of fans out there prepared to pay a premium.