Anyone who's ever tried to make a fancy dessert knows that shaping chocolate is far from easy.

With plenty of practice, some dedicated cooks can reach the point where tempering a dodgy collar is just about within reach. However, after you've spent hours ruining your kitchen with bain-marie's and pastry scrapers, there's no doubt that the process is a massive pain in the arse.

This makes the achievements of food artist Sarah Hardy all the more impressive. An aficionado of natural history, entomology and horror movies, Hardy specialises in creating incredible chocolate sculptures for her Edible Museum.

READ MORE: How to make Nutella - the history of everyone's favourite chocolate spread

Included in her collection are death's head moths from The Silence of the Lambs, as well as edible human hearts. Every single piece is expertly crafted to be as unnervingly lifelike as possible.

We sat down with Hardy to discuss her work, how she comes up with such incredible ideas and just how difficult chocolate sculpture can be. 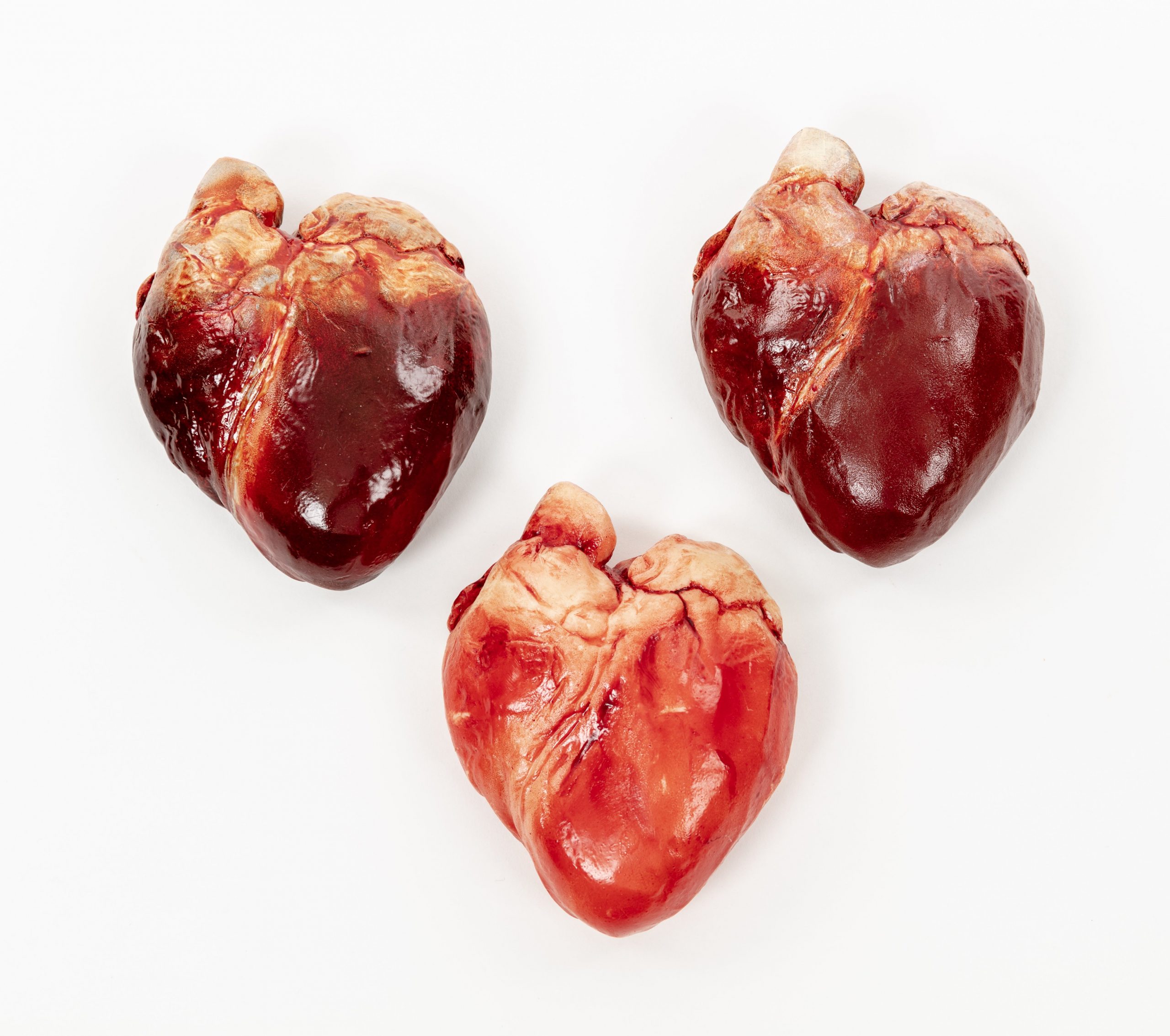 Before founding her Edible Museum project, Hardy trained traditionally as a fine artist. However, it was a long time before she realised where her talents, and passion truly lay. As she tells me over Zoom:

"It was sort of a perfect storm. I was in my forties when I did it (founded The Edible Museum), so by then, you have so many different strands to your life.

"Everything seemed like I had so many disparate interests and disparate skills. Everyone kept telling me that this would be crazy, but I thought 'I've got to do what I want to do'.

The result is a business that creates some of the most spectacularly realistic food sculptures you'll find anywhere. Customers can choose from chocolate fossil sets to eerily gory human hearts. There are even life-size "rabbits" on sale just in time for Easter.

Given her training as an artist, you might expect Hardy to be quite protective of her work. However, as she explains, she's never happier than when somebody buys one of her pieces and eats it straight away.

"I love that," she says, adding, "Even though I'm a sculptor, I quite like the idea that I'm not cluttering up the world with 'stuff'.

"There's a real 50-50 split. Some people bite into them and destroy them instantly, while others will keep them under glass domes and keep them going for years."

The combination of her cooking expertise and artistic experience means that Hardy sometimes struggles to categorise her job title. When asked whether she is a food artist, a chef or none of the above, Hardy responds:

"I like that question because I think it depends on the day. Some days I'm an artist, others I'm an amateur archaeologist... I tend to use the term food artist because it's just about accurate enough to cover a bunch of different things."

As evidenced by the world of fine dining, food and art often cross paths. Rarely, however, do they come together quite as neatly as in the Edible Museum. 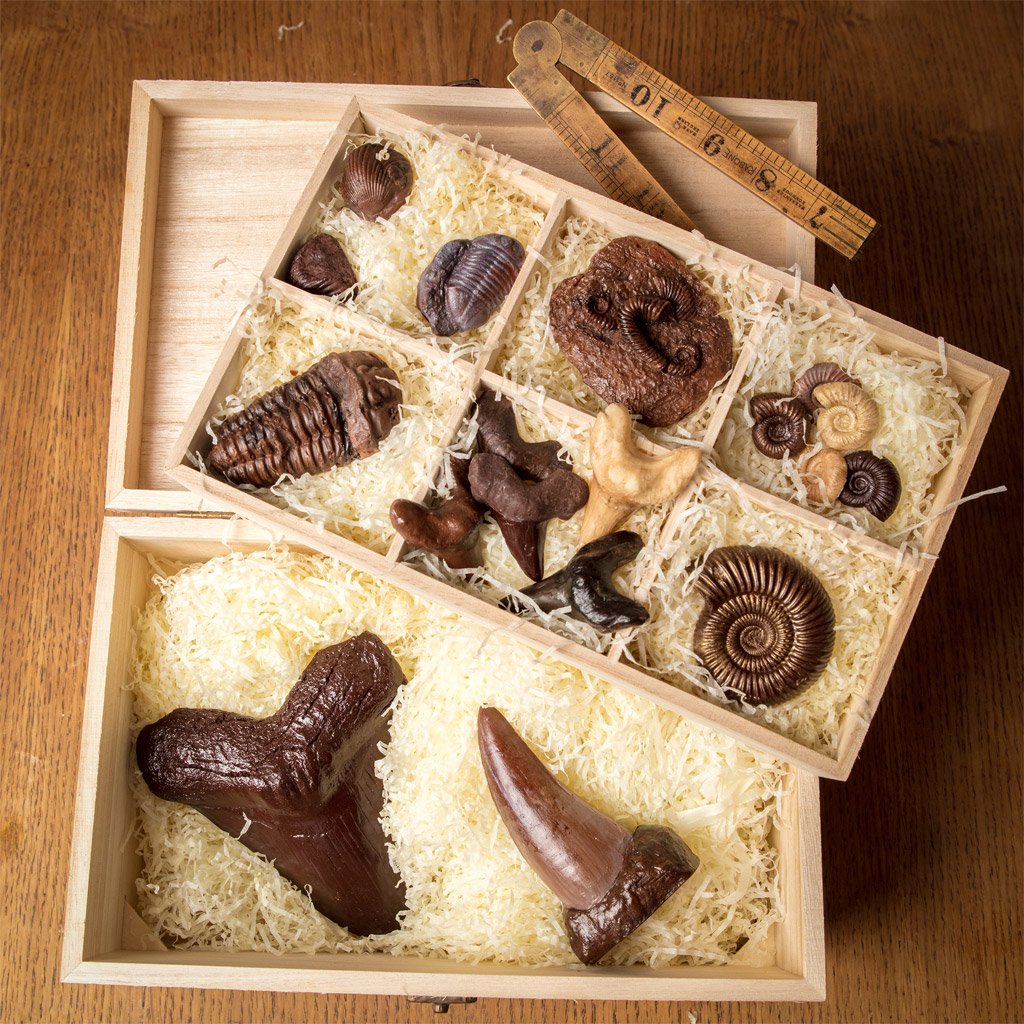 Ideas for the Edible Museum

Over the years, Hardy has worked on some truly memorable projects.

From trying to ferry giant showpieces across the country in a poorly ventilated car on a hot summers day, to dealing with a client who wanted a chocolate sculpture to sit in a glass hall in August, she is certainly no stranger to coming up with creative solutions to difficult problems.

One of Hardy's ambitions, she tells me, is to fill an entire room with an exhibition of chocolate vines. Although this would certainly pose some difficulties, she explains that this is precisely what appeals.

As she puts it, "anything where it's less likely to be chocolate" is of real interest. This helps explain why she finds the illusions she creates for the Edible Museum so compelling.

When it comes to coming up with ideas for her next project, Hardy is unashamedly inexpert in the world of natural history. As she explains:

"...But I do a lot of collaborations with people who are experts, and that's really interesting. I get a glimpse into that world - I could have gone down the science path, but I was doomed to be an artist!"

The fact that the Edible Museum's contents look like a mash-up between Willy Wonka's factory and the Natural History Museum's basement is testament to Hardy's ability to combine the best of both worlds. 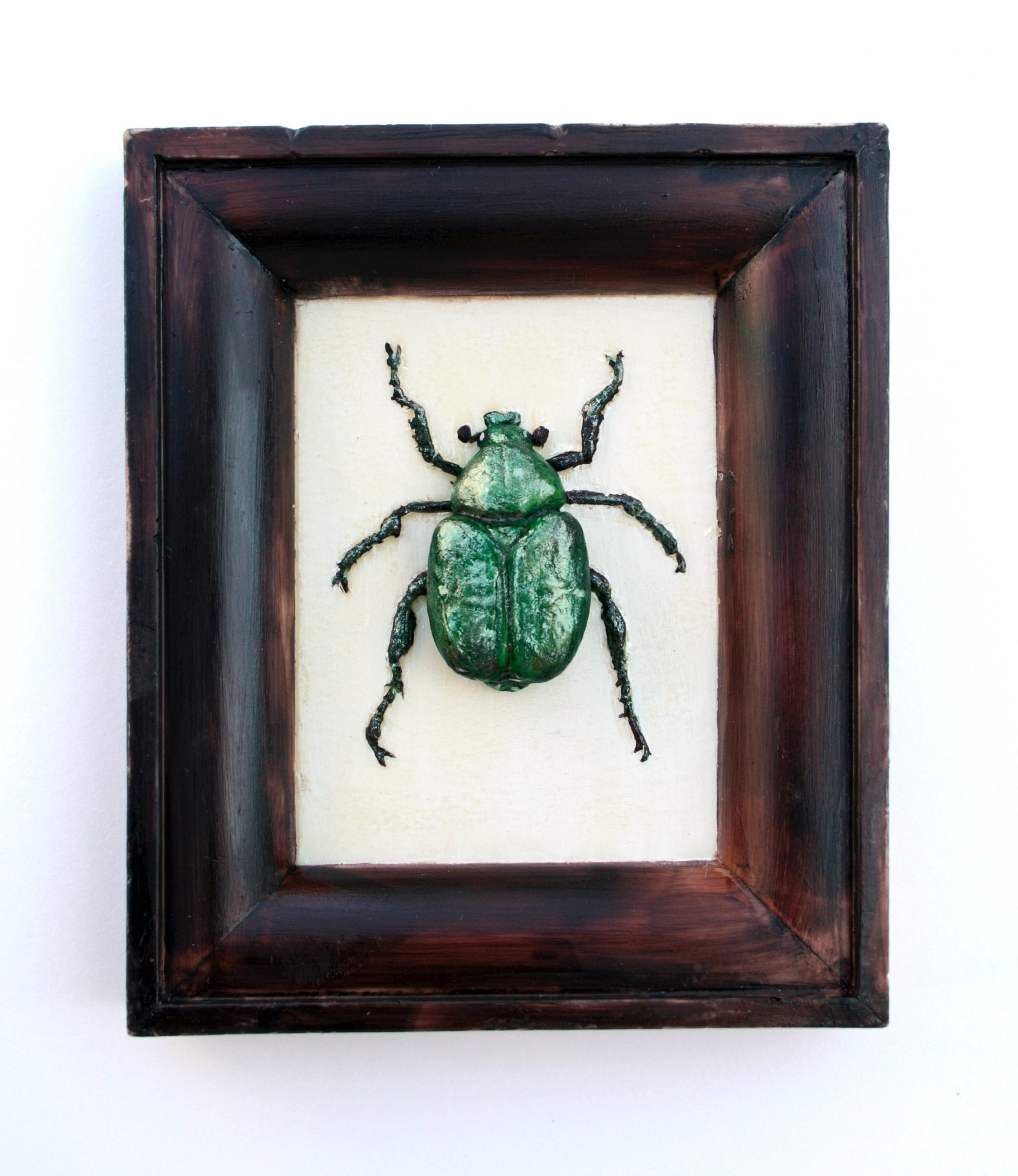 How to make chocolate sculptures

When it comes to physically making her creations, Hardy reveals that the process is very time-consuming. As she explains:

"It's very labour intensive and highly skilled. It's not the kind of thing that you can work out a production line for."

Using her training as a sculptor, Hardy makes all the moulds for her more popular pieces by herself. She then uses these blueprints to recreate her popular designs such as chocolate brains and fossils.

However, Hardy also stresses that every single piece, no matter how many versions there may be of the same design, is unique.

She reveals, "the finishing is done by hand on each one. Even though they come out of a mould, each one is painted by hand".

This process obviously takes years to perfect. However, Hardy does have some words of advice for anyone keen to have a go at chocolate sculpture. As she puts it:

"Just keep playing. Don't try to think it all through first and then do it, because inevitably you'll spend a lot of time thinking something through that just doesn't work.

"And don't buy expensive tools. These (gesturing to her hands) and some really basic tools are going to be way, way better."

Perfectly recreating a chocolate megaladon tooth might be beyond the reach of most of us. Still, the Edible Museum just goes to show the creative potential of everyday ingredients.