No responsible consumer wants to waste something that could potentially have a practical use. However, there is a world of difference between recycling a milk carton and trying to turn literal human excrement into food. Nonetheless, in France, one imaginative baker is on a mission to make that alarming idea a reality.

According to a report by RT, eco-feminist foodie innovator Louise Raguet has set about transforming the way the nation bakes by using bread made from wheat fertilised by human wee. Dubbed “Goldilocks Bread”, the loaves have been touted as a cost-efficient, sustainable way to change the farming industry forever. If you get a buzz from thrifty, ecologically sensitive dining, urine luck.

In an interview with the publication, Raguet declared:

“Urine is a great fertilizer. It’s a neglected liquid, usually dismissed as a waste product. But it is packed with nutrients and should be treated like a gold mine. It’s ideal to replace chemical fertilizers and avoid the pollution they cause.”

To harvest her golden growth agent, Raguet has collected pee from public urinals in Paris’ 14th Arrondissement district. She then sprays the urine, which is diluted up to 20 times, on her wheat seedlings, before using the fully matured plants to produce flour and, ultimately, bread.

Despite her slightly alarming assertions, there is actually a body of evidence to support Raguet’s claims. According to a scientific report published in the French journal “L’Institut Paris Region”:

Nitrogen and phosphorus, necessary for agriculture, today depend alarmingly on massively imported fossil resources. In addition to the impacts on the aquatic environment and the climate, it is a huge and unrecognized threat that hangs over the sustainability of our food. 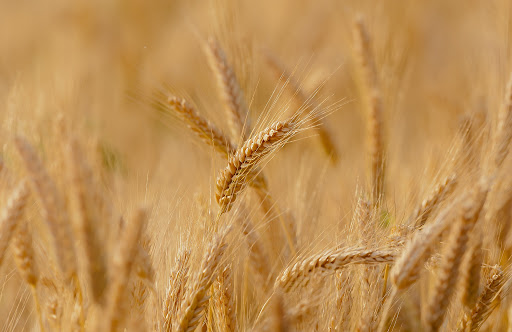 The separate collection of urine to recycle it into fertilizer is likely to meet these challenges, provided (r) evolution of the food and sanitation systems, without neglecting societal acceptability.

Eating something that originated in a public toilet might not sound like your idea of a good time, but with a growing global emphasis on sustainability, this may well be a sign of things to come.