Pies, fish and chips and sandwiches are all good to a point, but British dining doesn't necessarily deliver the explosive flavours typical of some of the world's most famous street eats. This, however, is changing.

Prior to the pandemic, destinations like Dinerama, Box Park and Crate were among the hottest properties in the British food industry. Increasingly, diners are more attracted to the informality of a Mercato Metropolitano than a traditional candle-lit bistro.

For many years, this trend confined itself to the supposedly edgy areas of East London. Now, however, it's on the march, and Manchester is leading the charge. 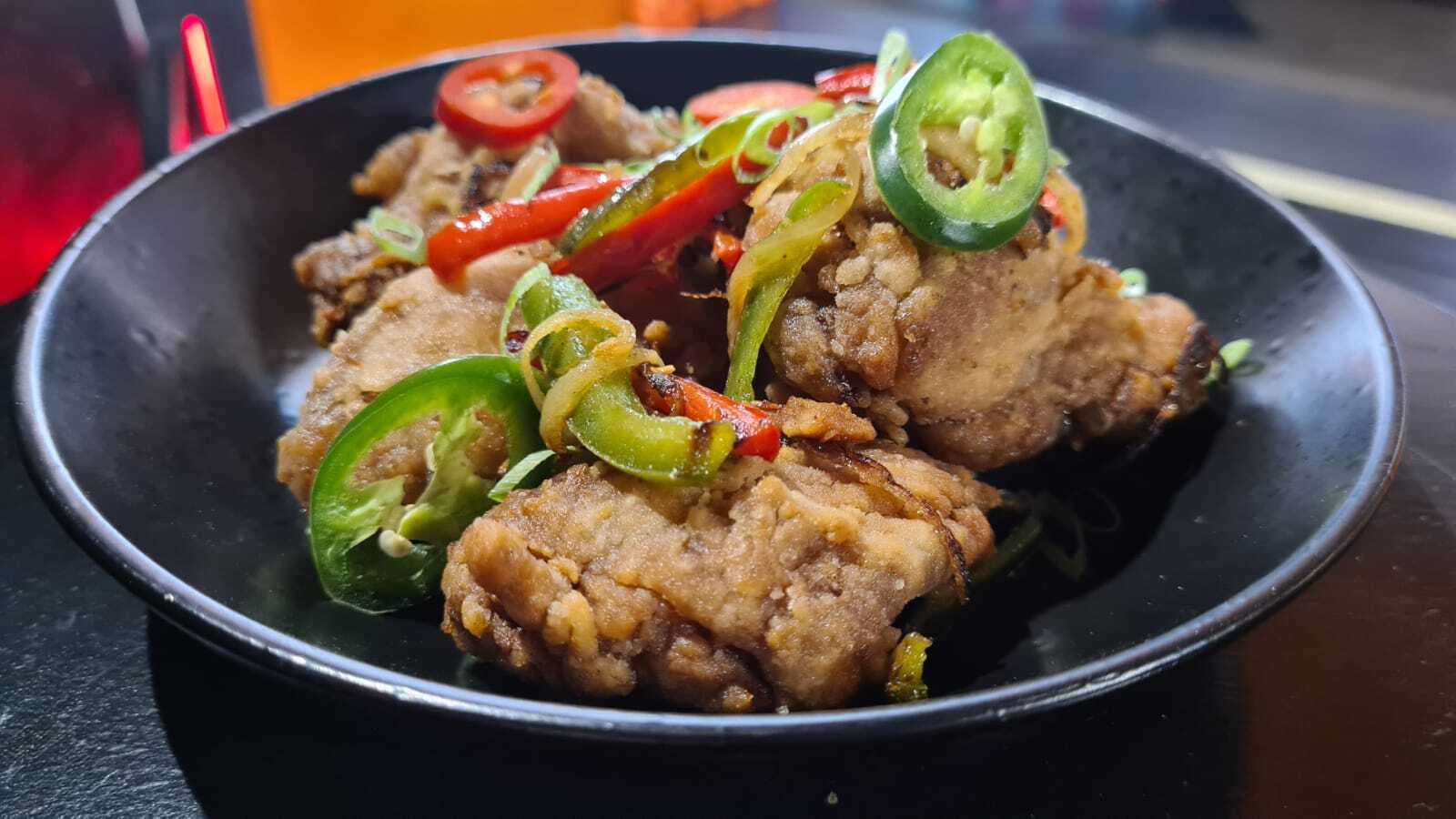 Street food in the UK is going through a revolution (Credit: Twisted)

Why Manchester is the place for street food in the UK

To get a sense of what's changing with Manchester's food and why the city is such an exciting place to eat, we sat down with Fuku's Anna Sung.

One of the leading lights in the city's growing street food scene, Fuku is one of the main attractions at Hatch – Manchester's popular dining, drink and retail destination.

In the past two years, Sung has been able to observe first hand how the city's appetite for street food has developed. As she tells me over the telephone:

"It's grown a lot. Hatch actually started with only four food traders. Then they extended to include another four restaurants, three takeaways, plus all the other services."

Sung reveals that the growth is fuelled by a varied clientele, made up of a mix of students, local residents and office workers.

After the frustrations of a pandemic, the city is even more hungry for good eating opportunities. Tables at Hatch are booked up weeks in advance, even as the reputation of vendors like Fuku continues to grow.

The diversity on display is seriously exciting for any food fan and is indicative of Manchester's growing status as a stellar street food destination. 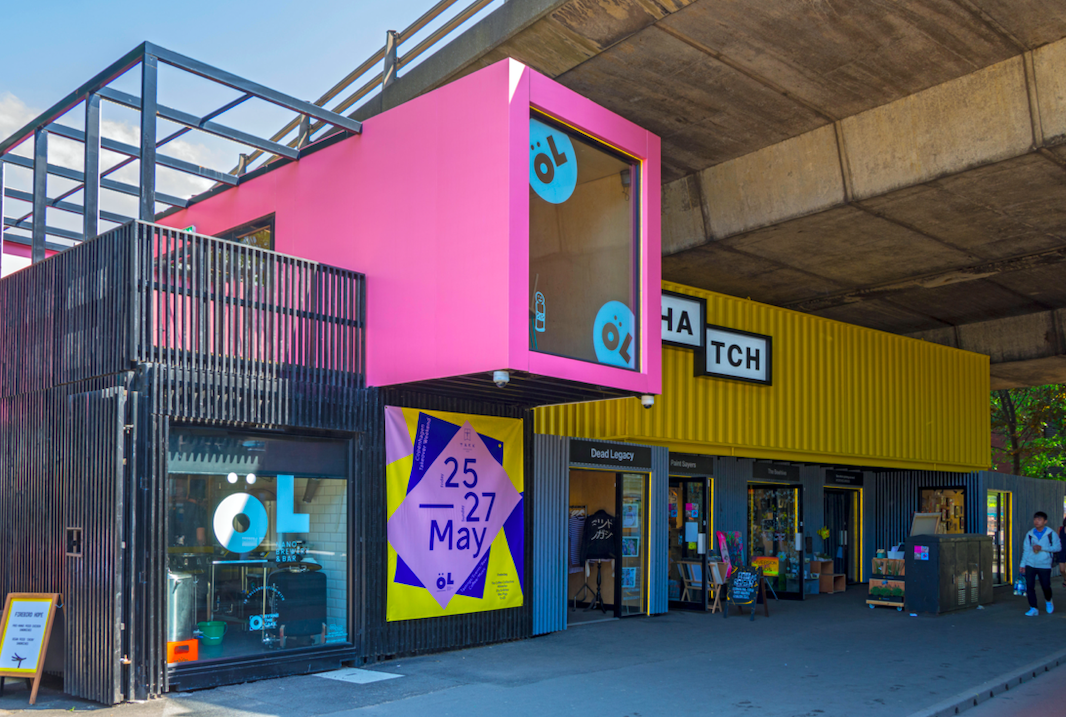 Hatch in Manchester is one of the UK's most exciting street food destinations (Credit: Alamy/Iowefoto)

Street food in the UK

While destinations like Hatch and GRUB MCR – another foodie haven in the city – cement Manchester's status as a street food capital, the trend isn't confined to the North West. As Sung tells me, the appetite for quality street food is now national.

"I feel like street food is just taking over right now," she explains.

"Street food trading really gives you a great starting point (as a food business) to be able to test the waters."

This new approach to breaking into the food industry explains why so many talented young chefs across the country are turning to street food as a way to start their journey.

In light of the uncertainty brought by the pandemic, young chefs increasingly view street vending as the way forward. And the trend isn't just taking off in Manchester. As Sung says:

"All across the UK – Leeds, Sheffield, Liverpool – everybody's trying to do these street food concepts. They're just popping up everywhere!"

It looks like street food's transformation from fad to national obsession is well and truly underway. 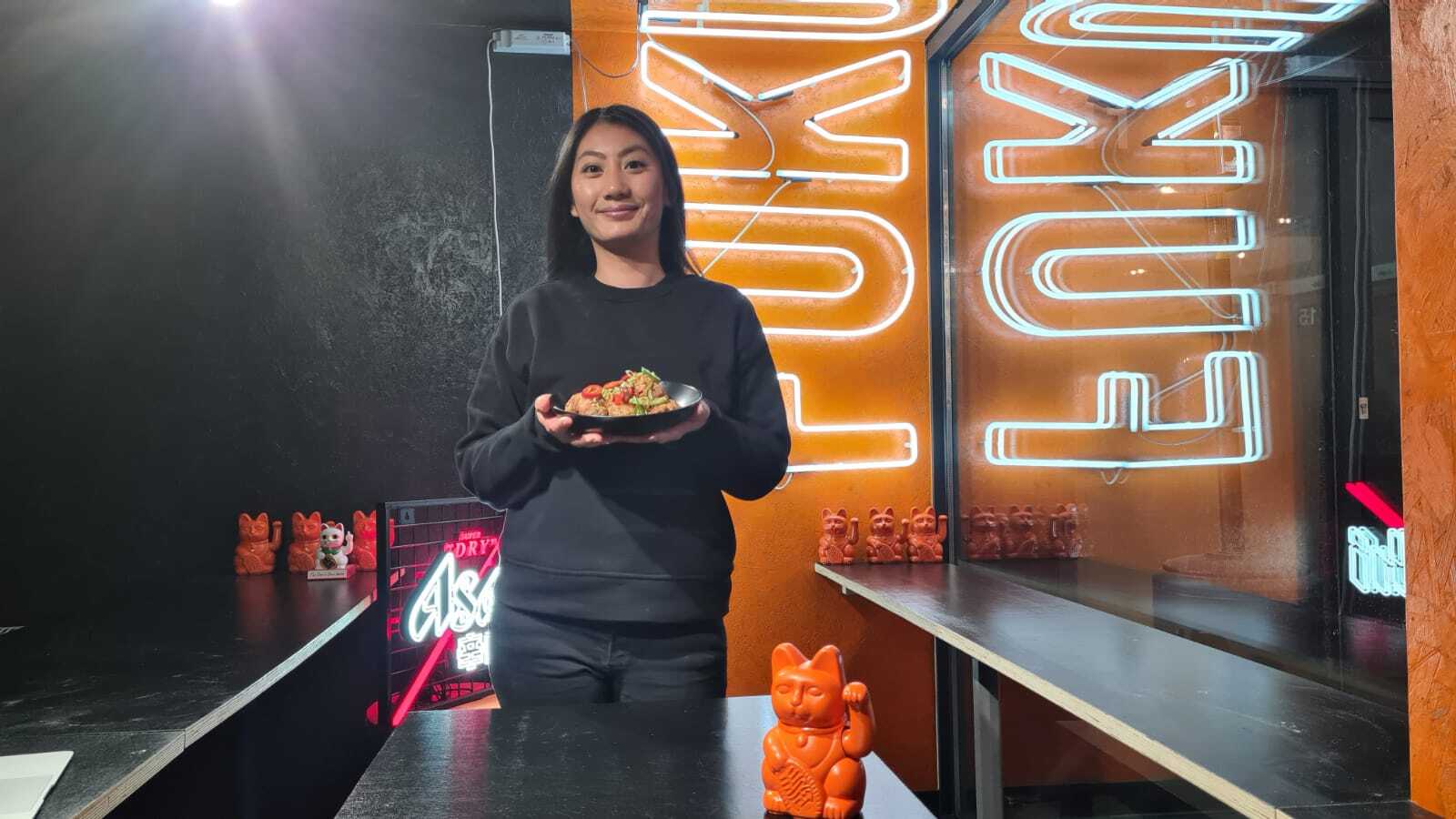 What to eat at Fuku

It's one thing to jump on the hugely competitive street food bandwagon. It's quite another to actually succeed.

Like many chefs, Sung's influences stem from her childhood. Growing up, her parents ran a popular Chinese takeaway, and those food memories still inspire her to this day. As she tells me:

"Since I was a child, I remember being in my mum's takeaway. Some of my first memories are from the takeaway. I remember having salt and pepper (chicken) there, fish and chips, sweet and sour... all of the classic Chinese takeaway dishes!"

This experience has clearly had a lasting impact. Flavour profiles like salt and pepper and sweet chilli are still a crucial part of the Fuku menu. Those formative food memories clearly continue to play a role.

However, it's not just family cooking that contributes to the Fuku menu. Sung also reveals that her signature Fuku burger is actually inspired by famous fast food brand McDonald's. As she tells it:

"When I was younger, we never really had much time with family because my mum was always working (in the restaurant).

"But, on Mondays, she would take us to McDonald's. So I would have the McChicken sandwich, and that has now influenced (the Fuku burger)."

Perhaps it's the informality of street food that allows creative cooks like Sung to draw on so many disparate influences, creating a menu from multiple culinary traditions that still has a mass appeal.

It's hard to imagine many more traditional restaurants, for instance, openly drawing on McDonald's for inspiration. Yet, as Fuku shows, the results are undeniably delicious.

Either way, the fact that these influences are now being brought to the forefront by the growth of British street food is something to be celebrated.

It might be less traditional than classic cookery, but its popularity proves that street food is now at the cutting edge of eating trends in the UK. Given what's on the ever-expanding menu, this can only be a good thing.