Want more stories like this? 'Twisted: A Cookbook' - coming this September is packed full of fascinating food tales as well as delicious recipes, including an entire section dedicated to "Game Day" cooking. Get hold of your copy here.

Conventional wisdom claims that fast food and running about don’t mix. Thanks to an often ill-advised modern nutrition obsession, most of us, when pressed to describe the perfect sporting diet, would probably pick things like pasta, fruit, vegetables and just about any other food group before we thought about the delights of the deep fryer. As it turns out, we could be missing out.

Throughout sporting history, some of the world’s biggest superstars have secured athletic immortality not through carefully managed calorie counting, but by gorging themselves on some of the world’s tastiest treats. To some, this might sound like a delicious pipe dream. But, if you look beyond science and common sense, the facts start to speak for themselves.

Take, for instance, the world’s fastest man. Usain St Leo Bolt’s attitude to athletics was famously more lackadaisical than some of his more maniacal rivals. He once, for instance, broke the men’s 100-metre world record with his shoes untied. But, beyond unhelpfully loose footwear, Bolt’s unconventional preparation for race day also included some unusual dining habits.

At the very same Olympic Games where he first obliterated the world record, Bolt followed an unorthodox diet, based almost exclusively around McDonald’s McNuggets. According to his own autobiography, the Jamaican legend feasted on over 1,000 McNuggets during a 10 day period at the 2008 Beijing Olympics.

As Bolt explained in “Faster Than Lightning”:

“At first, I ate a box of 20 for lunch, then another for dinner. The next day I had two boxes for breakfast, one for lunch and then another couple in the evening. I even grabbed some fries and an apple pie to go with it.”

The end result was three gold medals and a whole heap of yummy chicken. 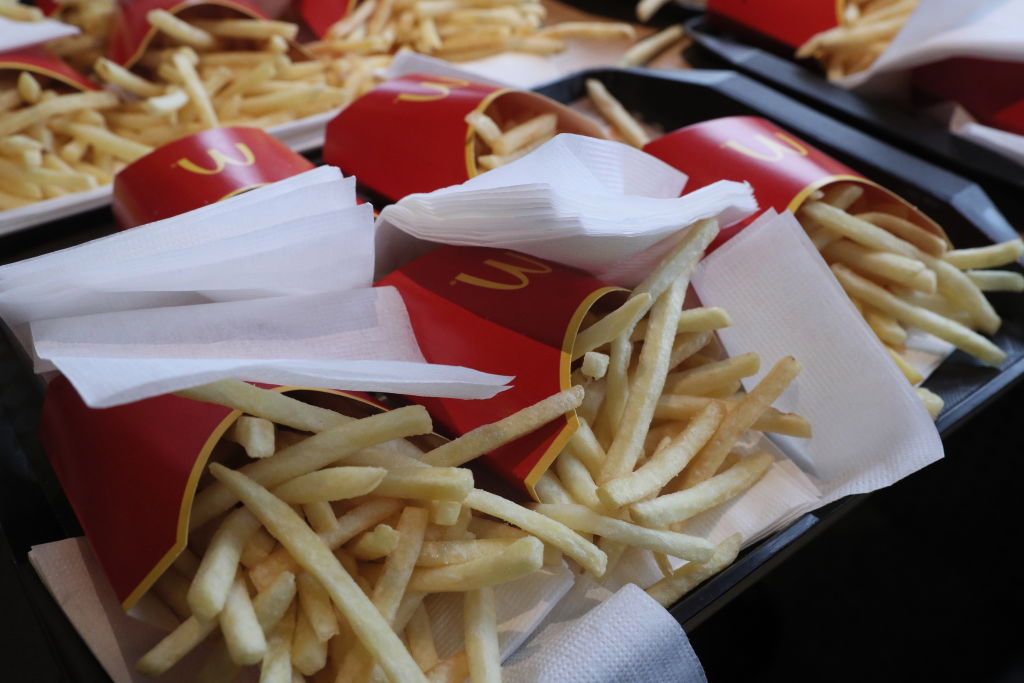 Stories of McDonald’s-dependant athletes don’t stop in Beijing. Eight years later, during the Rio Games, the most popular restaurant in the Olympic village was still McDonald’s. The Washington Post reported that the queue for the restaurant at one point “allegedly stretched farther than a football field”.

Of course, this is not to say that we can all sack off salads and order up an unending conveyor belt of Big Macs. There is clearly a difference between the men and women who spend every waking minute training their bodies to the point of physical perfection, and me, sat in my pants on the sofa. However, These stories do prove that diet and fast food is a lot more complicated than you might think. Hopefully, we can now all feel a little less guilty when we have a craving for crispy chicken bits.