Putting gin in pasta might sound like your dinner had an unfortunate run-in with the drinks' cabinet. However, it turns out that this unlikely combination is quickly becoming the internet's latest pasta trend.

All across social media, adventurous cooks around the world are giving the recipe a try. The results, apparently, are surprisingly delicious.

Here's everything you need to know about the next big thing in viral pasta cooking. 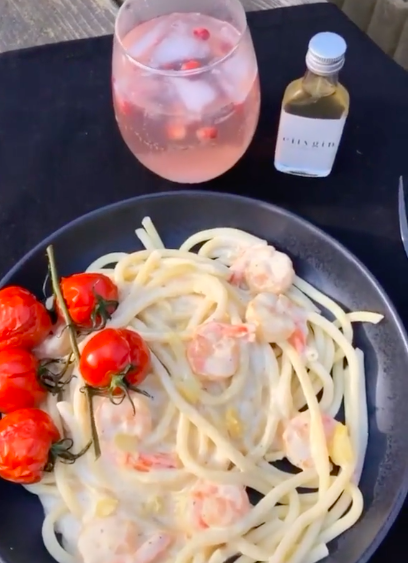 Even though the concept might sound slightly strange on paper, there is actually method in the madness.

Most of the recipes currently exploding across the internet incorporate gin in the same way you might traditionally use vodka in a pasta sauce.

Adding vodka is something many fans of Italian food are already familiar with. Before gin became the new hot property, vodka pasta had racked up an impressive 32.7 million views on TikTok, as well as celebrity endorsements from the likes of Gigi Hadid.

Check out our recipe for Creamy Chicken Penne Alla Vodka:

However, despite the similar origin stories, gin and vodka pasta vary enormously when it comes to taste.

One of the reasons that vodka is such a popular drink is that it is essentially neutral. Aside from an alcoholic kick, there's nothing that will have a huge impact on the other ingredients in the dish.

Gin, on the other hand, is a completely different story. Made from juniper berries, botanicals and other powerful flavours, the spirit can come in any number of unconventional flavours.

Not all of these are going to pair well with pasta. Perhaps this explains why the concept is causing some alarm. 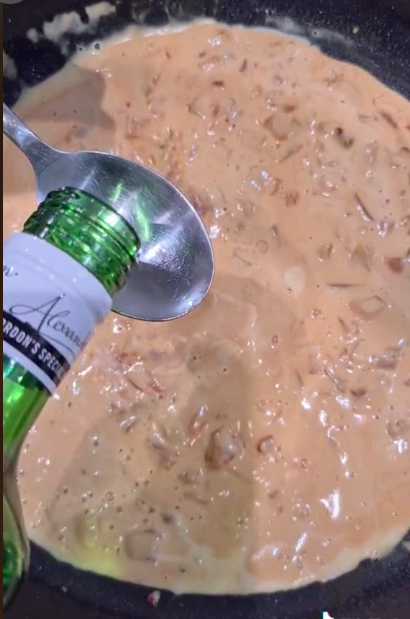 Gin can either be added to pasta with the onions or later in the process (Credit: TikTok/@Pheebs)

How to make gin pasta

It might be unconventional, but making gin pasta is actually incredibly easy.

According to the most popular recipes currently trending on TikTok, the gin can be incorporated into any traditional tomato-based sauce.

One recipe suggests adding a few teaspoons as you're sweating down the onions. This allows the alcohol to cook off before you add the rest of the components, leaving you (theoretically) with a subtle gin flavour.

Other recipes, however, incorporate the gin once the sauce itself has already been partially made, giving you a more powerful gin hit. Whichever method you prefer is ultimately down to personal preference.

If you plan on cooking in much the same way as you would vodka pasta, we suggest going with the former method. Ultimately, this will help cook the alcohol off and ensure you don't get a mouthful of juniper flavouring.

Still, as the trend continues to grow in popularity, there will probably be plenty of ways to experiment. If there's one thing that TikTok's good for, it's creative things to do with pasta.