Feta pasta has arguably been the defining social media food trend of lockdown. Ever since the original dish exploded online, thousands of cooks have had a go at refining the recipe for themselves.

Now, millions of us have tuned in to subtle tweaks on the formula, with most of us at some point having a go for ourselves.

However, despite the dish's undoubted popularity, it seems that not everyone is on board with the trend. In fact, according to another recent TikTok video, one of the most famous chefs in the world isn't at all convinced with what some cooks are doing. 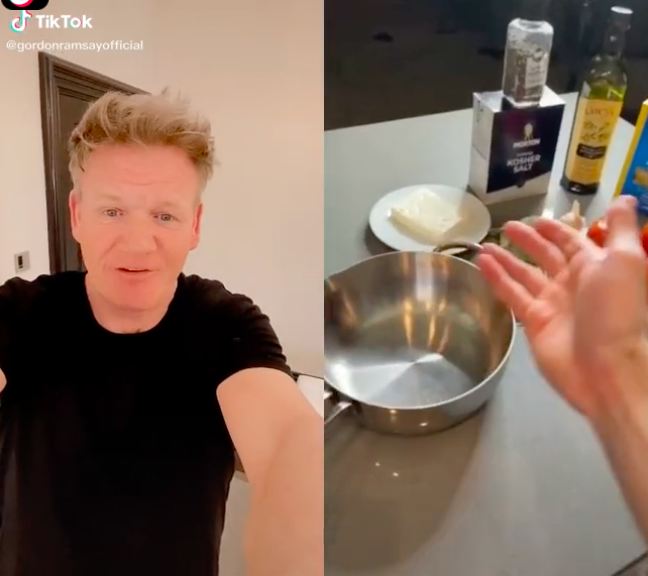 Gordon Ramsay is not a fan of one chef's interpretation of the TikTok feta pasta trend (Credit: Gordon Ramsay/TikTok)

In a clip posted to his own TikTok channel, famously foul-mouth celebrity chef Gordon Ramsay criticised another cook's attempt at the popular viral dish.

Sharing his response to a recipe from fellow food content creator @itsqcp (or, "The Italian Naked Chef", as Ramsay calls him), the Hell's Kitchen star picks apart several problems with this version of the trend.

Initially, Ramsay's issue seems to be that the cook is naked, except for an apron. However, once itsqcp starts cooking, Ramsay continues to find several faults with his feta pasta technique.

For starters, itsqcp tells his audience to blanch his tomatoes for four to five minutes. Ramsay strongly disagrees with this method, warning that this will "turn them to mush", before adding that they should take "30 seconds".

After getting a look at itsqcp's mushy tomatoes, Ramsay explodes, "what's wrong with you, you b***h?!" The problems continue when the TikToker adds pasta to barely simmering water before plugging a teeth whitening product.

Ramsay is clearly unamused by the end result. In fact, the only thing he seems to agree with is the addition of salt and pepper to the tomatoes. Other than that, itsqcp's feta pasta recipe definitely gets a thumbs down from Ramsay. 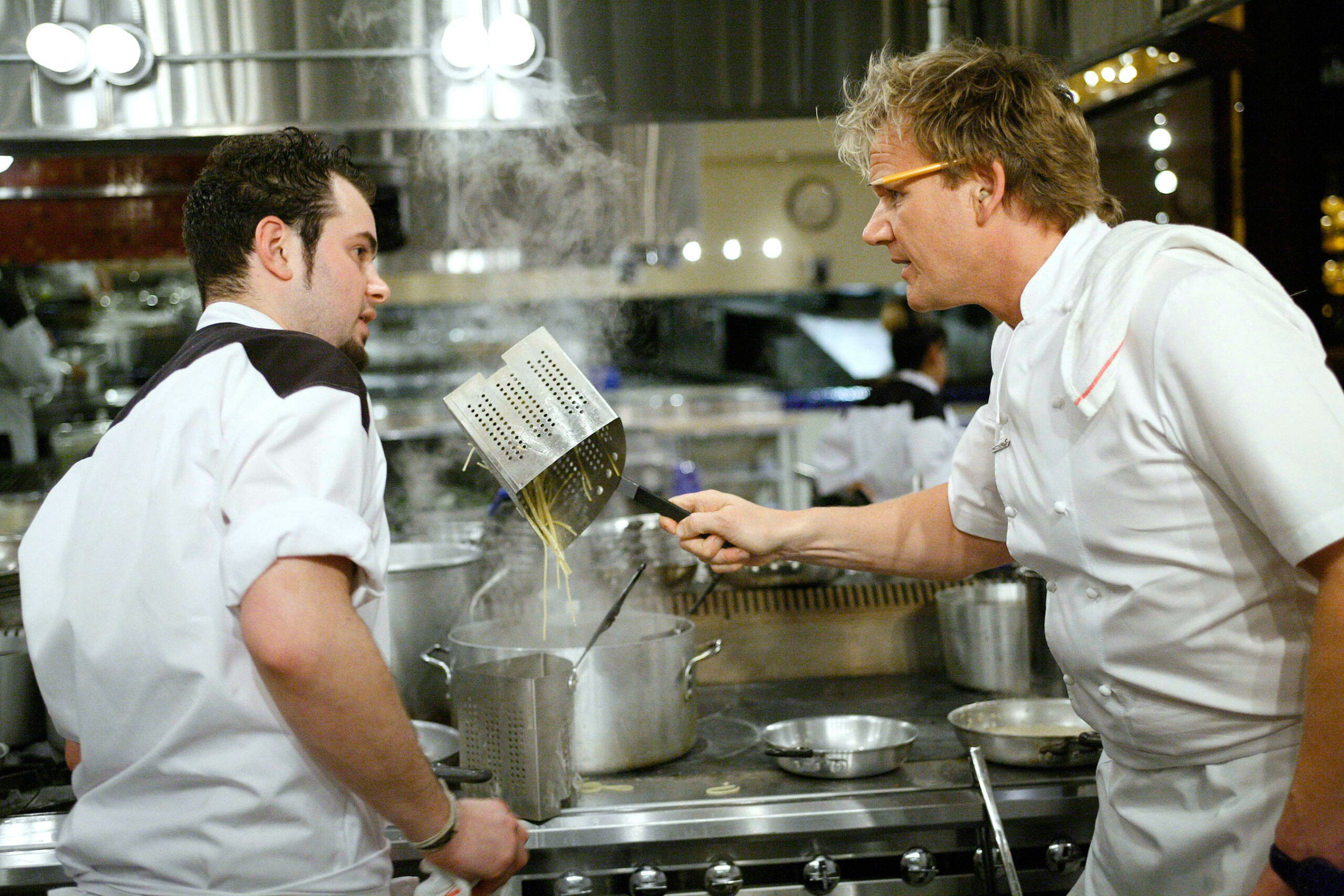 Gordon Ramsay has never been shy when it comes to expressing his opinions on pasta (Credit: Alamy/Everett Collection Inc)

"I love the feta trend"

Ramsay is clearly not on board with this interpretation of the feta pasta trend. However, there are signs that the Michelin-starred chef hasn't totally dismissed feta pasta on the basis of one dodgy video.

For instance, in the caption accompanying his reaction to itsqcp's clip, Ramsay writes, "I love the feta trend but this....🤦‍♂️". This suggests that in another format, he may well be on board with the idea.

Ramsay also has a history with itsqcp, having previously roasted his attempt at parma ham-wrapped scallops. This may suggest that he's not completely impartial when it comes to judging his recipes.

Either way, it certainly looks like Ramsay doesn't disapprove of the whole TikTok feta pasta trend in its entirety. It just depends on whether or not you boil your tomatoes.