Grubs up: A guide to including edible bugs in your cooking

For a while now, many have been hailing insects as the future of food. Vaunted as a sustainable and nutritious food source that has the potential to be an environmentally friendly alternative to our current practices, chefs across the world are getting very excited by the possibilities that edible bugs present. Though many of us cannot imagine anything worse than snacking on centipede, cultures worldwide have been harnessing the awesome power of the creepy crawly in their cooking for millennia. As tiny Western minds become more open to the idea of chowing down on literal grub, now seems an ideal time to explore what’s on offer in more detail. For the uninitiated and extra brave, here’s our guide to the edible bugs best suited to helping you begin your adventure.

Grasshoppers are among the most widely eaten insects in the world, from Asia through to Africa. However, the undisputed kings of grasshopper cookery are the Mexicans. Go to any market in Mexico and you will see stalls piled high with tiny morsels, liberally seasoned with garlic, chillies and lime juice, skewered and ready for scoffing. In Oaxaca, "Chapulines" are considered a delicacy and are typically eaten either as a snack or used to add much-needed crunch to a host of different dishes. Highly nutritious and strangely tasty, grasshoppers are a culinary force to be reckoned with.

Beyond traditional street food, grasshoppers are making their way into a number of chefs' repertoires. Some of the more ingenious ways of serving these critters include as a replacement for bacon, as a key component of extreme enchiladas and even ground in desserts as a flour for cakes and other sweets. Flexible, plentiful and tasty, the grasshopper should be first port of call for anyone making their first foray into the insect world.

To many people, the idea of eating a grasshopper is at least something to be entertained if not necessarily followed through. The same cannot be said of the mealworm. There is something distinctly unappetising about something so wriggly, hence their relative lack of popularity among the general population. But, once you’ve got over the initial horror, the humble mealworm is a little bundle of goodness.

One of the more extraordinary aspects of mealworm consumption is the ability to "flavour" your supply. When rearing your own worms, what you choose to feed them can have a dramatic impact on their flavour. Mealworm enthusiasts suggest a diet of apple, carrot, parsley and cinnamon as a great way of transforming them into delicious morsels. Fried, they make a great addition to salads, and are even being added to tacos and arancini by chefs at the more creative end of the spectrum.

A staple of celebrity eating challenges the world over, grubs have the dubious distinction of being both slimy and visually unappealing - not what everyone looks for in their food. Despite their lack of comeliness, the nutritional value of an ugly grub has been known for centuries. A great source of protein and essential fats, grubs are a fantastic way to inject a healthful helping of nutrients into your diet. 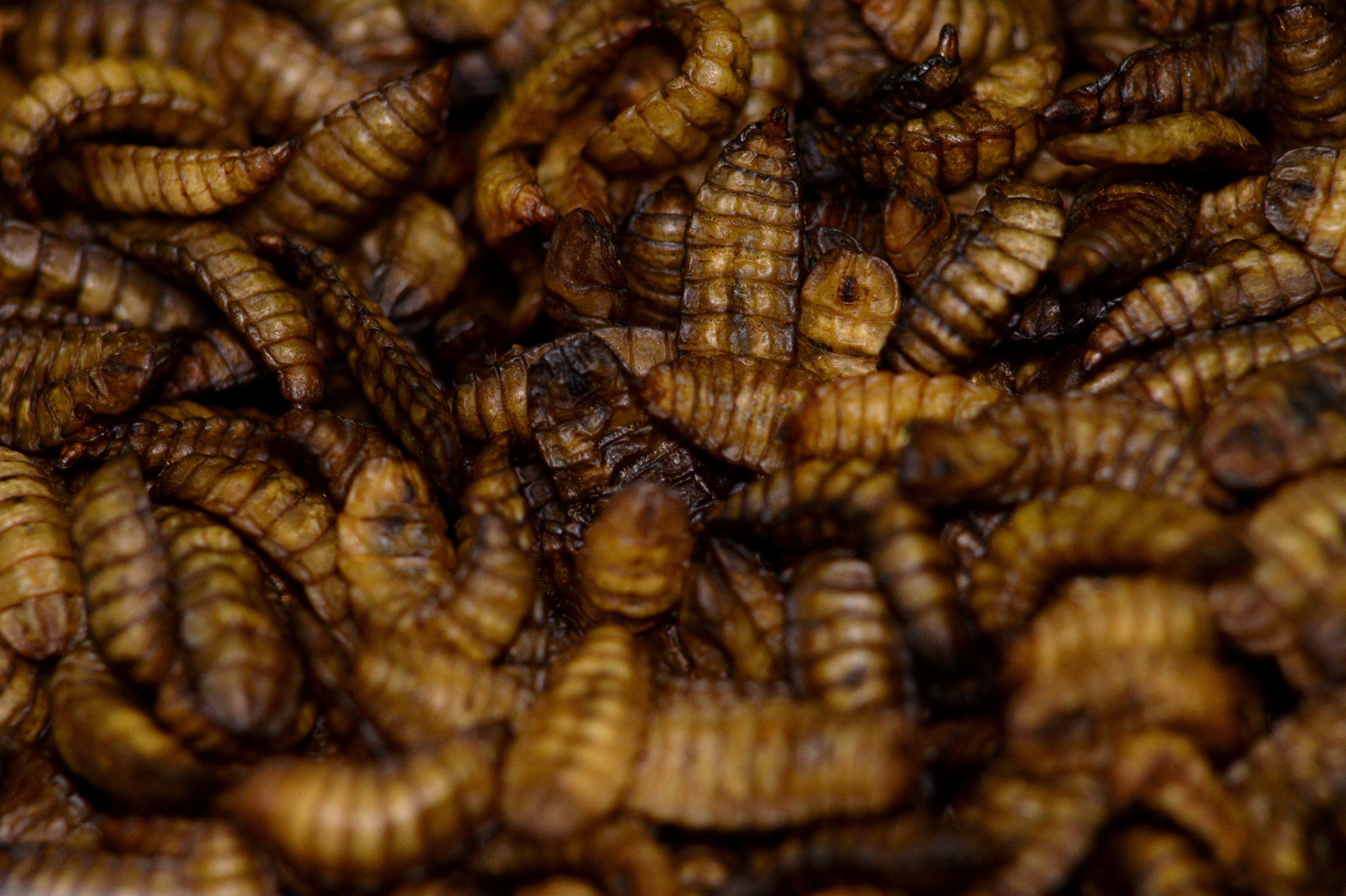 Grubs are not technically one distinct species, instead referring to the pre-adult or larval form of many different insects. As a result, they come in a huge variety of sizes and shapes and hence can be prepared in a number of different ways. Perhaps the most famous edible grub is the notorious "witchetty" of Australia. The larva of the gypsy moth, a witchetty grub is a monstrous sight, reaching nearly five inches in length. However, when roasted over an open fire, they apparently transform into a delicious parcel, tasting “like nut flavoured scrambled eggs and mild mozzarella...wrapped in filo pastry”. Try turning your nose up at that.

Any self-respecting francophile will be well-versed in the virtues of the snail. While not an immediately obvious candidate for cooking, when boiled and slathered in garlic butter, a whole host of European nations will vouch for their deliciousness. Indeed, beyond the traditional French method of serving, snails are great in fritters, in a ravioli, or even on toast with a crispy rasher of bacon. Yum.

While the taste of the escargot is appreciated in a number of countries, what is perhaps less well understood is just how easy they are to get hold of. One would be forgiven for assuming that there is an incredibly complex breeding and rearing process to ensure that a snail is safe to eat, but actually a common garden snail will work just as well as anything you’ll find in a top restaurant. Simply capture, control their diet for a few days (leave them with a carrot or something similar), boil with a bouillon cube and then enjoy. A simple way to a delicious dinner, as well as ridding your garden of unwanted pests.

When it comes to utility, these bugs are the gift that keeps on giving. Think of them as the cows of the insect world, minus udders. Not only can you eat them in their adult form, but both their larvae and eggs are considered a delicacy. As long as you have an ants nest to hand, you need never go hungry again.

While the adults are regularly consumed in many parts of Africa and South America, it is, perhaps surprisingly, the eggs of these insects that are the most sought after. In South East Asia, red ant eggs are farmed extensively and used as an alternative to lemon juice or vinegar in a number of dishes. In Mexico, “escamoles” form a key component of traditional tacos, often replacing the more well-known staples of beef or pork. Ant and termite eggs also have remedial properties, being used for their laxative effects in many traditional medicines. With so many uses, an ants nest is truly a one-stop shop for all your needs.

With so much variety, the possibilities are limitless for anyone looking to take the plunge. Wherever you are in the world, there will always be something with a large number of legs for you to munch. As environmental pressures force us to look with greater urgency to alternative food sources, we suggest getting ahead of the curve. Sauté a spider and grease up a grasshopper - the age of the edible bug has dawned.