Guy Fieri isn't everyone's cup of tea. Over the course of his career, the spikey one has irritated a lot of people – from TV viewers to professional restaurant critics.

However, there can be no doubt that whatever you may think of him, he is a seriously successful figure in food.

Now, we have the cold hard stats to back it up. 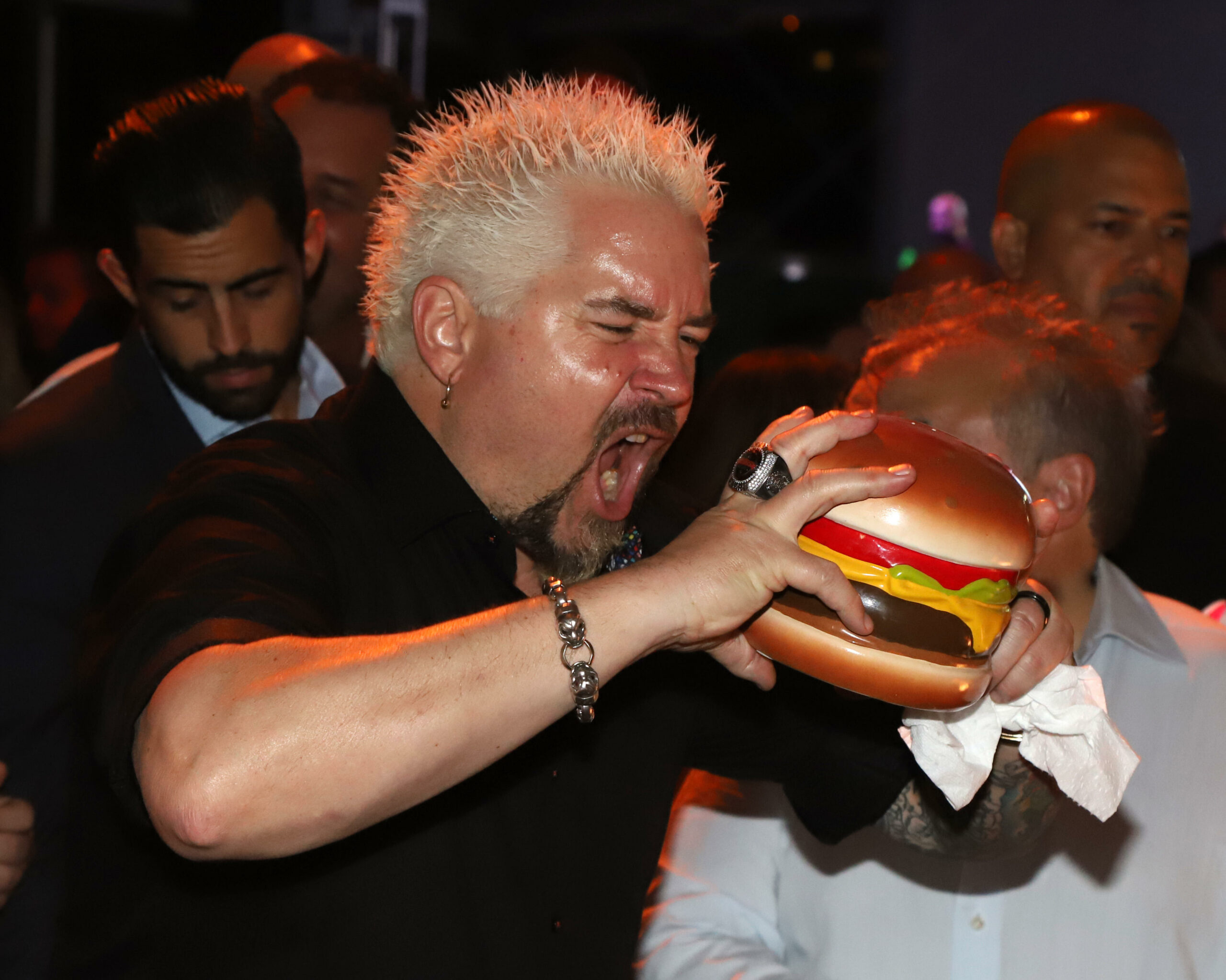 Forbes magazine revealed this week that Fieri's new contract will make him the highest-paid chef on TV.

Under the new three-year contact will see Fieri's salary rocket $50 million, up to a total of $80 million. The salary will cover three series of his popular Diners, Drive-ins and Dives show, as well as a further three seasons of Guy's Grocery Games.

The size of the salary is extremely substantial, especially considering the Food Network's record with remunerating its stars.

READ MORE: How many restaurants does Guy Fieri own? The Diners, Drive-ins and Dives star has an empire

For example, Forbes estimates that Emeril Lagasse, the network's biggest star in the early 2000s, earned around $8 million per year, which was in itself unusual. Fieri's ten-fold increase is clearly a big deal, by any measure.

However, given the revenue that Fieri's shows generate, it's hardly surprising that the Food Network are desperate to keep him on side. According to data analytics firm Kantar, Fieri earned the network an estimated $230 million in 2020 ad revenue.

By contrast, Gordon Ramsay's shows, including Hell's Kitchen and MasterChef, earned the Fox network around $150 million. Ramsay's total salary is estimated at around $20 million.

While it might seem surprising that Fieri is outstripping the omnipresent Ramsay, the ad revenue speaks volumes. 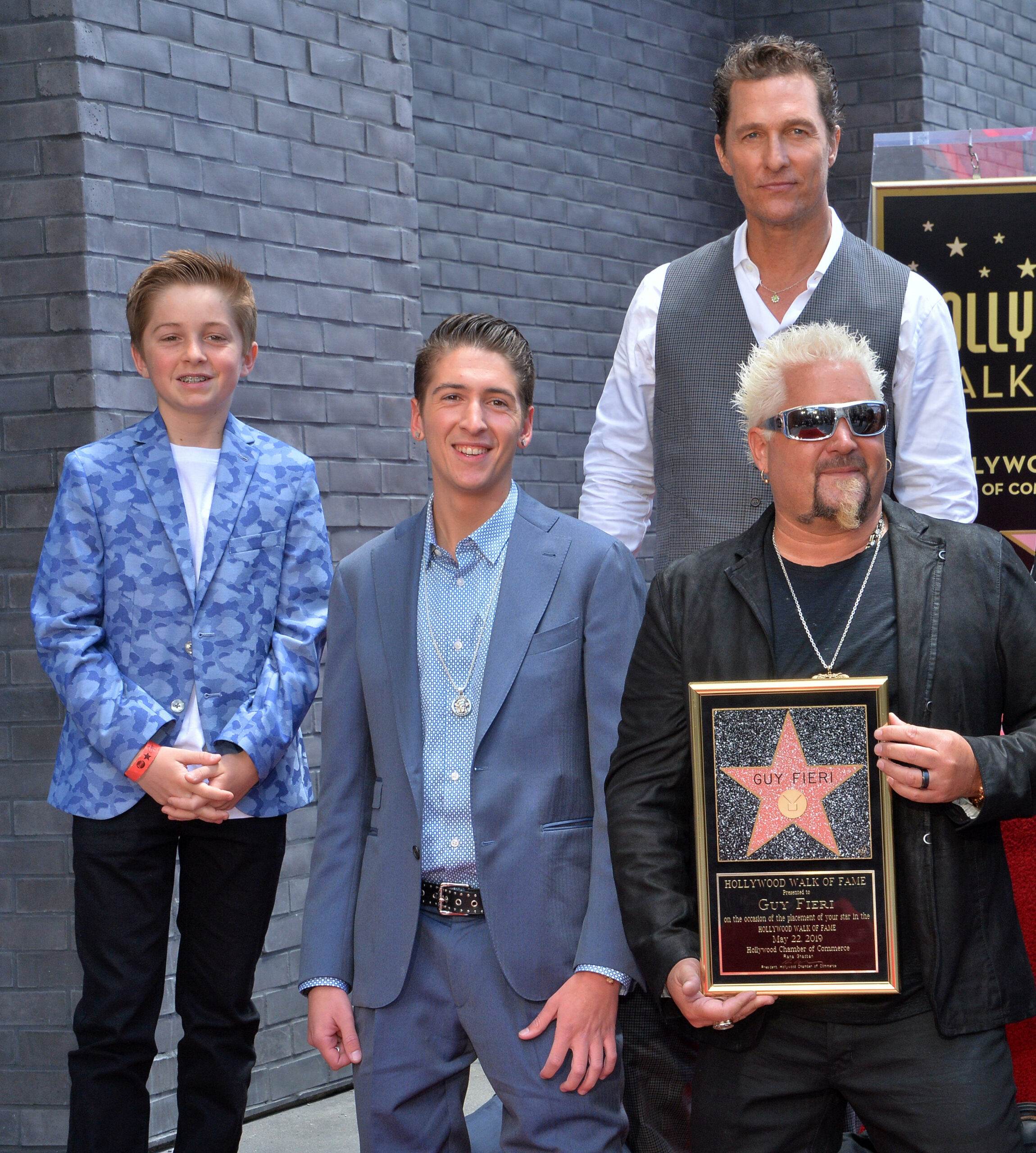 During his career, Fieri has received a star on the Hollywood Walk of Fame (Credit: Alamy/UPI)

Even though he now sits at the top of the tree, it wasn't always a certainty that Fieri would make it as a star.

From a young age, he always exhibited a passion for the food industry. As a young lad growing up in California, Fieri operated a pretzel truck selling snacks throughout his neighbourhood.

After graduating from college, Fieri began working in the industry properly, managing a series of trattorias in Long Beach, California. From there, he expanded his CV in a series of different restaurants across a variety of management roles.

READ MORE: These are the top 6 biggest feuds between celebrity chefs

However, it was in 2006 when Fieri really got his big break. After winning the 2006 reality cooking competition The Next Food Network Star, the then-38-year-old hosted his first show, Guy's Big Bite. Forbes estimates that he earned just $1,000 per episode.

A year after Guy's Big Bite's debut, Fieri returned to screens with the inaugural Diners, Drive-ins and Dives series. The show was an immediate hit with fans and cemented Fieri's status as a pop culture icon.

It's safe to say, he hasn't looked back since.