A genuinely genius hack showing how to chop onions without crying is taking the internet by storm.

Originally shared on TikTok, the technique has now been tested by dozens of different users, with almost all of them agreeing that it really is as revolutionary as people are claiming.

For any cooks who are fed up with sobbing over your prep, here's how you can change the game forever. 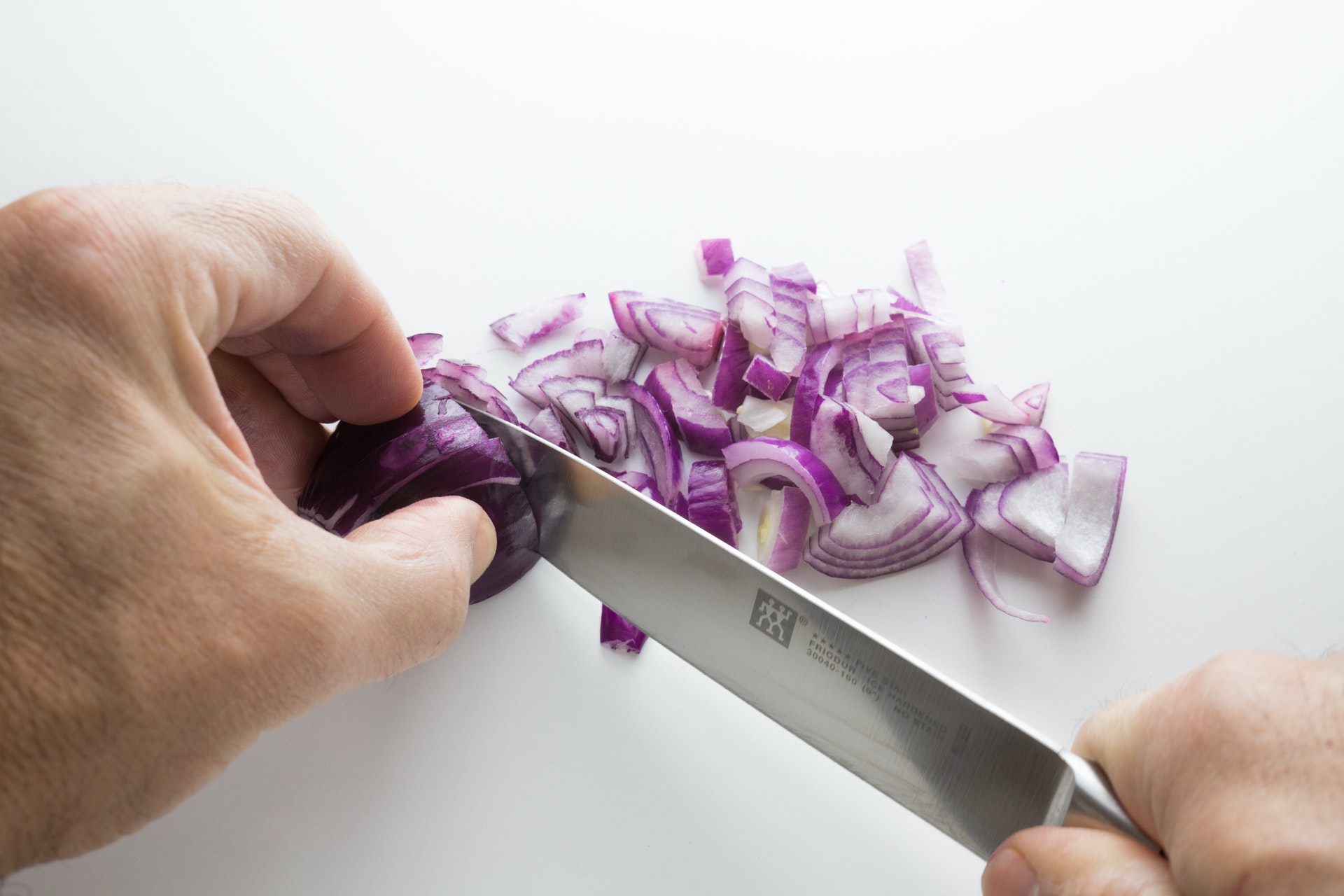 Hack reveals how to chop onions without crying (Credit: Pexels)

How to chop onions without crying

Like all great ideas, the new onion hack is actually incredibly simple.

Originally shared by TikToker @cerealeatingghost, all it involves is putting a damp towel onto the board you're using to cut the onions.

On the surface, this might seem like a pretty pointless exercise. However, as @cerealeatingghost subsequently revealed, there is a method to the madness.

As they explain in the original post: "All you have to do is get a damp paper towel, fold it up, keep it on your cutting board. That acid will be drawn to the wet paper towel and not your tear ducts."

READ MORE: Cooking tips – 8 awesome hacks to save you time in the kitchen

The logic behind this is that the acid that sliced onions produce is attracted to water. Ordinarily, this stimulates your tear ducts, causing you to cry.

However, thanks to the new hack, the towel actually attracts the acid, leaving you dry-eyed and free to chop.

Considering the pain that onions can cause, this could be the best thing to happen to cooking since sliced bread. If, that is, it actually works.

Chopping onions is easily one of the most painful things in the kitchen (Credit: Pexels)

Does the hack actually work?

Given the internet's dodgy record when it comes to life-changing hacks, you could be forgiven for feeling a little sceptical of the onion idea. However, according to almost all of the available reviews, it does genuinely seem to work.

TikTok duo @partyshirt, who are known for testing out similar hacks, called it "the life-hack of the century". They even added, "We've been cutting for hours and not a single tear.”

Other social media users seemed to agree. On Twitter, one commented, "Cutting onions on a paper towel is game changing. Life hack of the century.”

This would suggest that the arguments for the hack are pretty compelling.

However, it hasn't all been thumbs up from the internet. As one sceptic tweeted: “I’m pretty sure the kids on TikTok lied to me with that onion hack because I put a wet paper towel down on the cutting board and only made it through 1/2 of the onion before I had to blind chop the rest.”

Clearly, there needs to be more testing before this hack can be called a genuine game-changer.