How did Hooters restaurants start and what happened to Hooters Air?

Ever wonder how did Hooters restaurants start?

It all began on April Fool’s Day 1983, when six mid-Western businessmen unveiled plans for a radical new proposition.

They had no previous experience of the food industry and no real idea what they were doing. Hopes for Lynn D. Stewart, Gil DiGiannantonio, Ed Droste, Billy Ranieri, Ken Wimmer and Dennis Johnson were not high.

But, despite the obvious challenges, the group were incredibly savvy. Here we answer the question how did Hooters restaurants start and become a fast food superpower. 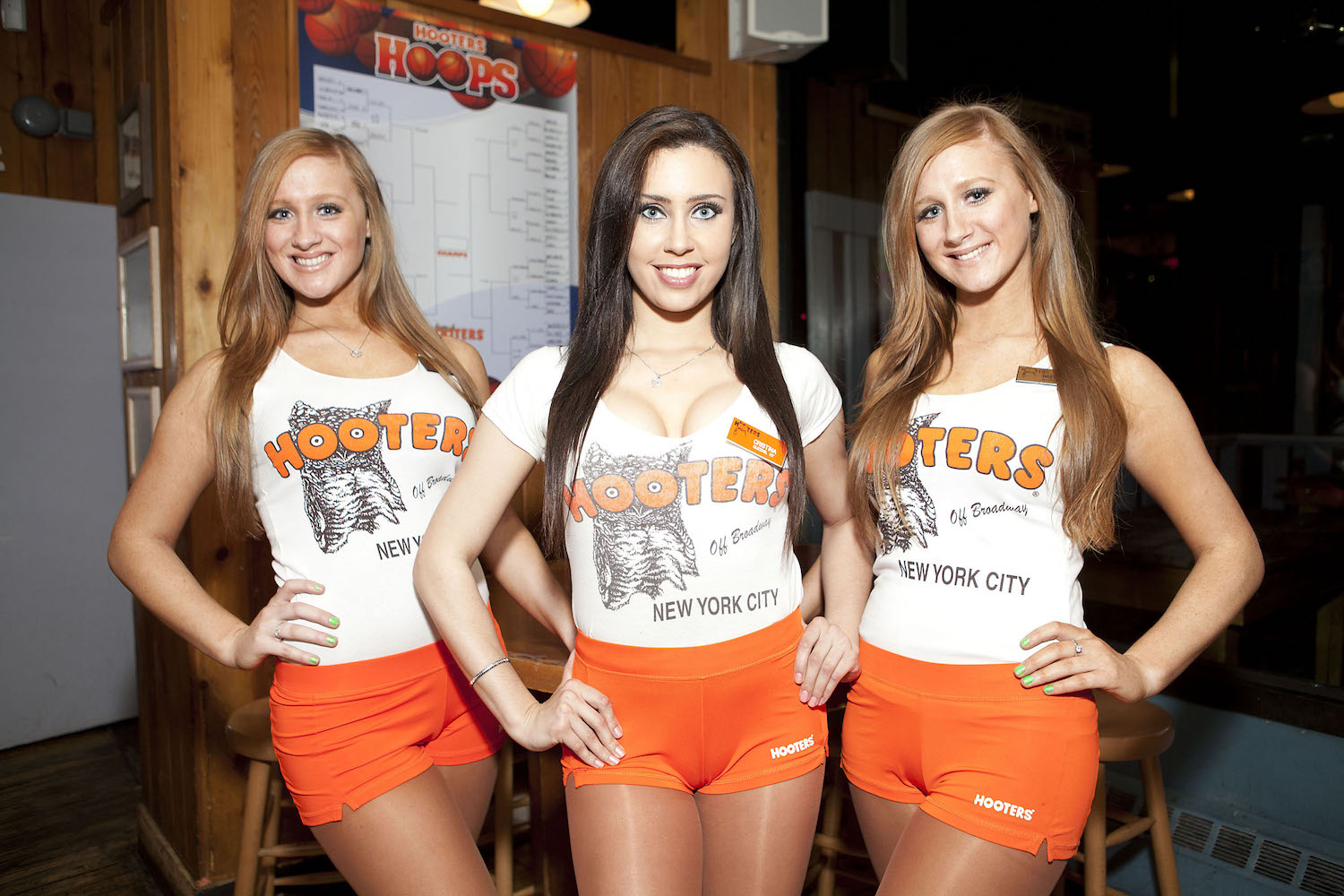 Where and how did Hooters restaurants start?

The first restaurant was located on the site of a shabby former nightclub in Clearwater, Florida. The building was bought cheaply thanks to the litany of local businesses that had gone before it. It set the tone for the franchises that would follow.

In a sly nod to the failure of others, the original Hooters featured a mock graveyard containing the “corpses” of the previous unsuccessful tenants.

According to the founders, the goal was to build an eatery that provided “manly” finger food in a nostalgic environment. The restaurant was bedecked in planks of polished wood and played hits from the 50s and 60s on loop. 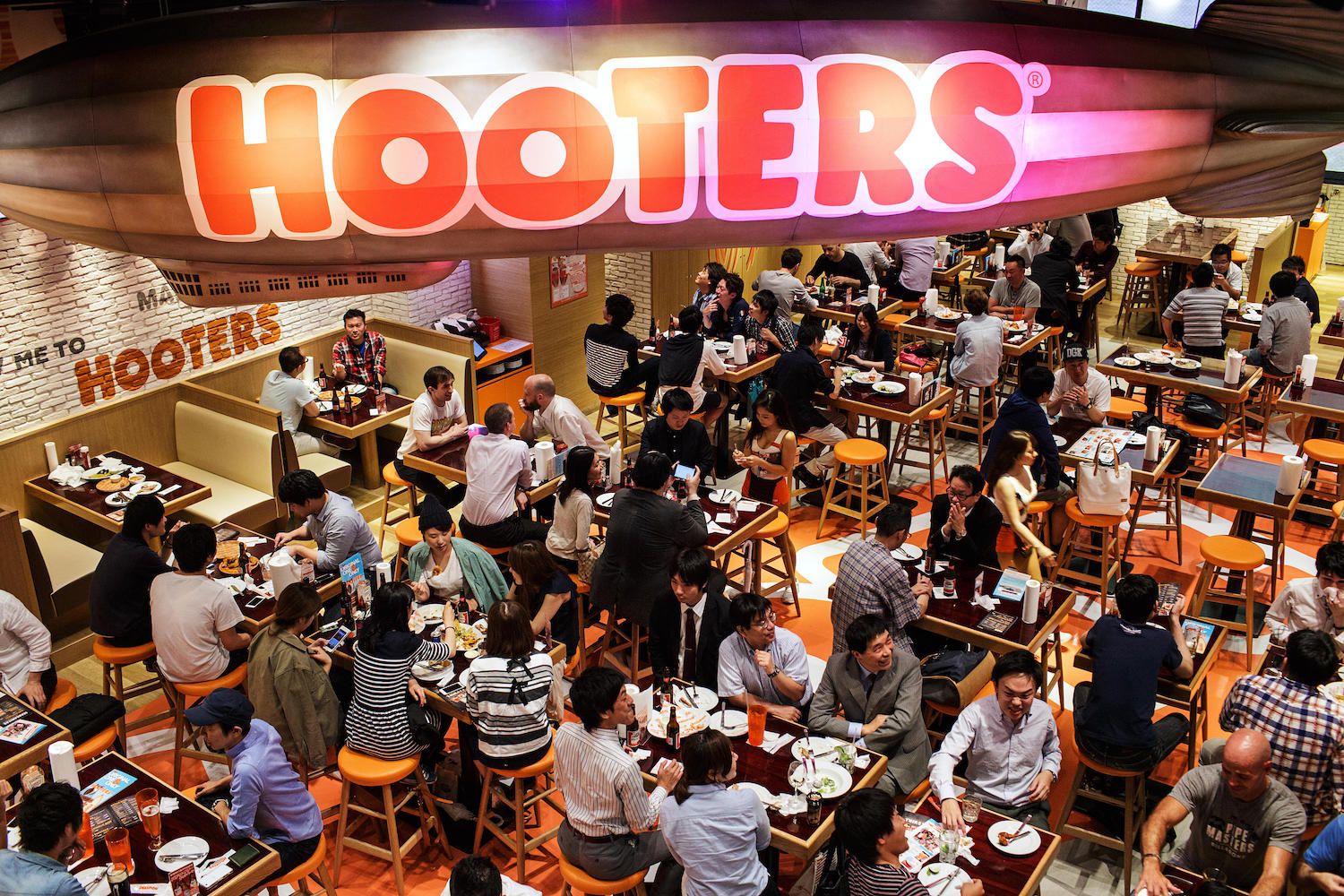 The first Hooters restaurant was located on the site of a shabby former nightclub in Clearwater, Florida. (Credit: Alamy)

What was on the Hooters menu?

The Hooters menu featured American fast food classics such as fried chicken, clams, shrimp and key lime pie. There was and still is a particular focus on hot wings, with the restaurant offering a variety of options cooked to carefully guarded recipes.

In the early days, in a bid to attract customers, co-founder Ed Droste would don a giant chicken costume. He then accosted unsuspecting passersby with the promise of wings. However, it wasn’t the environment or the food that helped Hooters to stand out.

Who was the first Hooters girl?

Hired in the summer of 1983, Austin went on to become the face of the business for the next 10 years. Wearing the now instantly-recognisable uniform of bright orange jogging shorts and tight white tank top, she featured in a giant full-body poster that stood watch over the original restaurant. The picture defined the business’ predominant marketing strategy for years to come.

The use of female employees’ bodies as a marketing tool means that Hooters can't be considered an ordinary restaurant chain.

From the outset, the business has been brazen about what they see as their unique selling point. The restaurant’s official website openly declares that the “most important element” in the Hooters experience is “the beautiful and vivacious Hooters Girls”.

To this day, Hooters’ Girls in the US are only permitted to work once they have signed an acknowledgement that “the Hooters concept is based on female sex appeal”. In other words, customers come primarily to look at the staff. 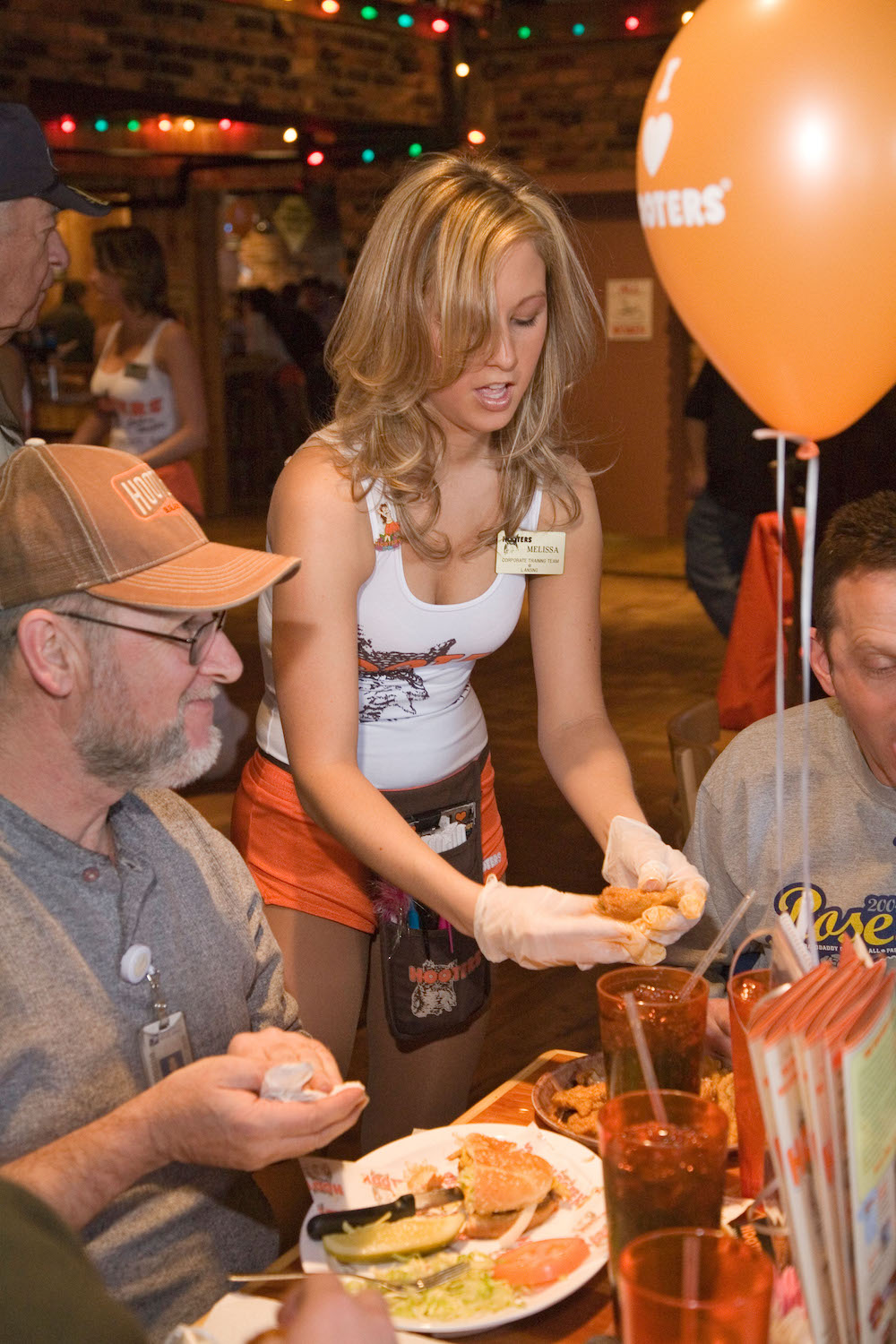 As the 80s continued, Hooters enjoyed growing success. A now-famous Super Bowl commercial starring a costumed Austin holding a pitcher of beer brought the business to the public’s attention. A predominantly male audience flocked to what was an undeniably lewd environment.

In 1985, looking to capitalise on their unique selling point, Hooters launched their first-ever “Girls Calendar”, featuring provocative pictures of numerous employees, including Austin.

The restaurant also contacted Playboy, seeking to gain further exposure for the business. A deal saw Playboy feature some of the Hooters girls in its centrefold. The collaboration proved successful, and Hooters’ reputation as a place to see beautiful women was bolstered.

For all the controversy, the Hooters blueprint had clearly found a following. Its primarily sexual offer, barely buried beneath the veneer of “humour”, attracted investors from across the world.

Hooters made a slew of marketing deals throughout the nineties and noughties. This included sponsorship of Nascar and an entertainment agreement with the US military.

Piggybacking off the brand’s success, a host of similar restaurants popped up, including now-established competitors Twin Peaks, Spice Rack and Tilted Kilt. Though critics railed, a new dining subculture had been successfully established, all thanks to the Hooters model.

Although the business has gone on to launch over 400 restaurants in more than 30 countries, it has not all been plain sailing.

In 1995, a tragic plane crash killed three of the original founders.

The heartbreaking loss forced the brand to reevaluate and slow expansion. 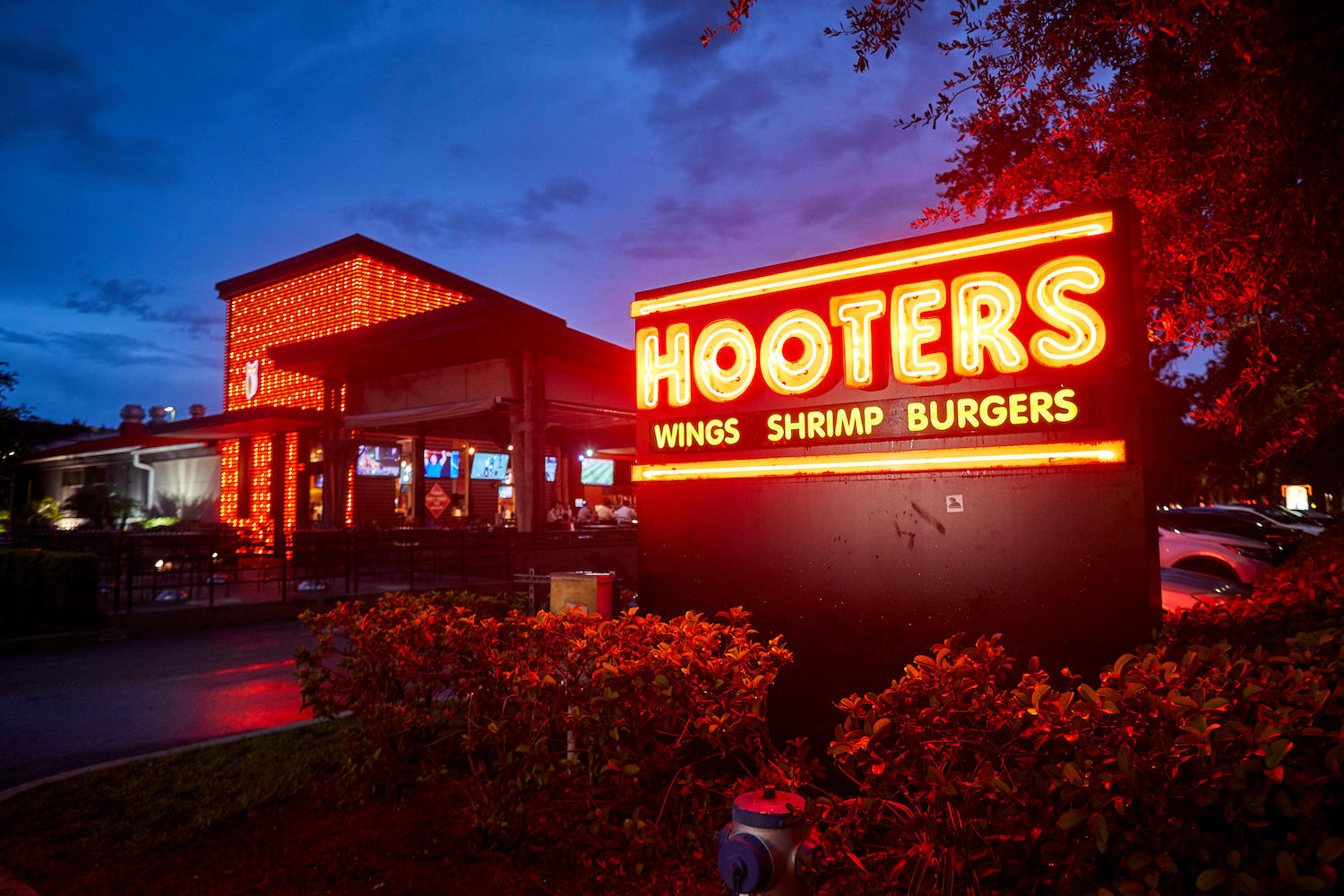 The story of how did Hooters restaurants start continues to cause controversy (Credit: Alamy)

What happened the Hooters airline?

In Hooters’ heyday in the early 2000s, hubris got in the way of good business sense.

Business executives embarked on a host of ill-advised business decisions – including the short-lived Hooters airline.

Hooters Air saw passengers were served by Hooters girls for the duration of the flight. It was not a success and lost the group a cool $40 million.

Plans to expand the business into some new markets, in particular the United Kingdom, proved unsuccessful amid fierce protest.

For all the business’ claims of innocuous fun, Hooters clearly remains an objectionable operation to many.

The controversial principles at the heart of the business have caused Hooters a number of legal issues over the years.

Female employees have filed numerous sexual harassment allegations against staff and customers. But Hooters’ most significant disputes have revolved around their hiring policy.

In 1997, three men from Chicago claimed that they suffered discrimination as a result of their gender. They successfully sued the business for $10,000 each.

Further successful suits by jobseekers denied employment on account of their appearance have been settled out of court.

Accusations of bias towards employees who “look the part” have tarnished the business’ reputation as a place for equal opportunity. The depths of these problems just reinforce the uncomfortable conclusion that Hooters and restaurants like it are, ultimately, about women's looks.

Will Hooters restaurants close down?

The story of how did Hooters restaurants start continues to cause controversy.

Many have criticised the business for appearing to mask adult-entertainment in a family friendly setting.

The brand proudly declares its appeal to all generations. However, internal policy insists that female employees accept that “the work environment is one in which joking and innuendo based on female sex appeal is commonplace."

Given this, it is difficult to see how the excuses of the past can continue to hold water.

It's easy to understand why some feel a business that demands women play the part of pliant mannequins in order to remain employed is not an empowering organisation.

This is not the fault of the women who work there, but the society that continues to endorse it. As the discrimination suffered by staff shows, Hooters has never simply been about harmless fun.