You've got to know how to make hot sauce if you ever plan on serving up buffalo wings. It's kind of a big deal.

But believe it or not, for a long time, buffalo wings were as alien to British dining as Olive Garden breadsticks or a Chick-Fil-A sandwich. For whatever reason, the tangy orange treats just hadn't made it across the Atlantic.

The fact that things have changed is largely thanks to the pioneering wingthusiasts at The Orange Buffalo – the UK's first sellers of genuine buffalo wings.

Here, we sit down with founder Nick White to uncover where you can eat the world's best buffalo wings and reveal the secret of how to make the best hot sauce to go with them. If wings are your thing, look no further. 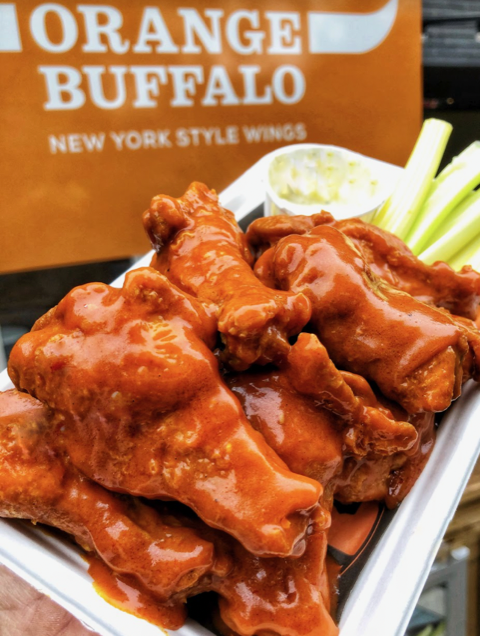 How to make hot sauce

"We don't cut any corners... and I think that's important when you're doing something like this, even if you just want to make a couple of litres for yourself," White tells Twisted.

"Start with fresh ingredients and add and add and add – as opposed to throwing it all in and realising it's too hot or too vinegary and then having to work backwards. You've got to take a lot of care."

In White's experience, many people base their hot sauces on American mega-brand Frank's. However, White believes that to make something truly delicious, you have to start from scratch.

"Anyone can fry chicken wings," he tells me, "but it's all about the sauce. We make ours twice a week - 300 litres of it.

"The first thing is keep it fresh – don't buy any frozen stuff or powders. The fresher the better - you'll get much more zing out of it and you'll be able to taste that freshness."

Just as with all cooking, practice makes perfect when it comes to hot sauce. However, if you start off with a strong foundation, the sky's the limit. 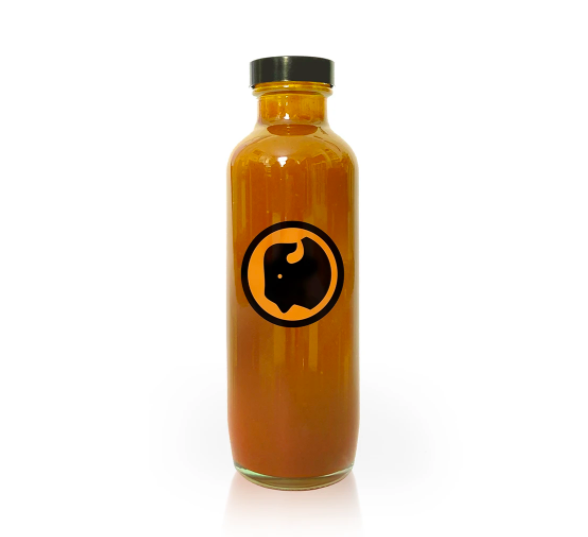 Considering the success of popular franchises like Orange Buffalo, Wingstop and Wingmans, it's a real mystery why buffalo wings haven't always been a big part of British food.

When White and his business partner Mike So decided to launch the first Orange Buffalo truck, they couldn't understand it either. As he puts it to me: "When we started it, we were like, 'this is massive in America – why is it not big here?' You couldn't even buy Frank's from the supermarket. That's why we decided that we were just going to do it and put our stamp on it."

His experience travelling America taught White that there was a gap in the UK market. Before long, he and So had bought a battered food truck from Swansea, towed it down the M4 and started slinging wings in East London.

This, it turns out, was the start of a wing-revolution in the UK. As he explains: "I'm a Yorkshire boy, and I've got friends all over the country. Most of the big cities now have a decent fried chicken place.

However, despite the changing scene, White feels that the Orange Buffalo are still front and centre of British wing-eating.

"We're slowly becoming the grandfathers of wings now, it's getting a bit embarassing," he laughs, before adding: "Since we started our business, there's so many wing companies that have popped up. There's people that used to work for us that have gone off and done their own wing thing, and now it's mental!

"Without trying to sound like a dick, we kind of were at the beginning of it all.

"We believe we still are the only one really to make our own sauce from scratch. A lot of (competitors) use Frank's as a base, and we like to say 'don't say the F-word'." 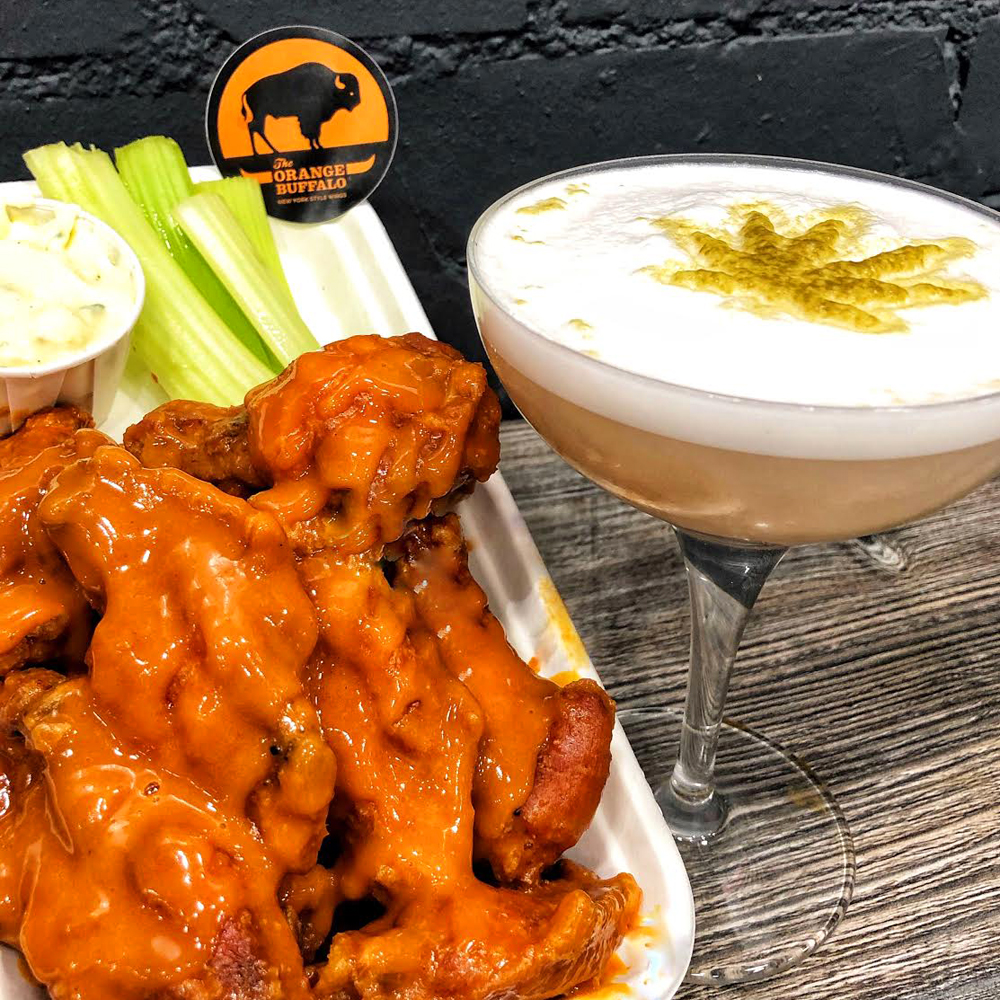 Where to eat the best buffalo wings

Before setting up The Orange Buffalo, Hull-born White was inspired by a trip he made to America – and it was here that he found the holy grail of buffalo wing cookery.

"There were (a few) places," he tells me. "One of them was called Duff's. But funnily enough, even like a random, really small Irish boozer will do cracking wings."

As with any fast food, there are big brands that have a serious reputation. However, if you're planning your own wing adventure, White's advice is that you can find top-notch wings in unlikely places.

During our conversation, White explains how he has always had an affinity for Americana. As he reveals: "My old man is big into his food, especially American food. We went on holiday as kids to Florida, and I think he first introduced me to Hooters when I was about 11. I was hooked on hot sauce ever since!"

If you're prepared to push the boat out, there's no telling where you might unearth the UK's next food trend.

Check out The Orange Buffalo's incredible sauce selection on their online store.