There aren't many things more British than the Bake Off. You can have the biggest budget in the world, but in the end, nothing replaces the romance of struggling to temper chocolate in a sweaty and incredibly stressful plastic tent.

You might think that the foibles and idiosyncrasies that make the show so popular don't appeal to an international audience. In fact, this couldn't be further from the truth. 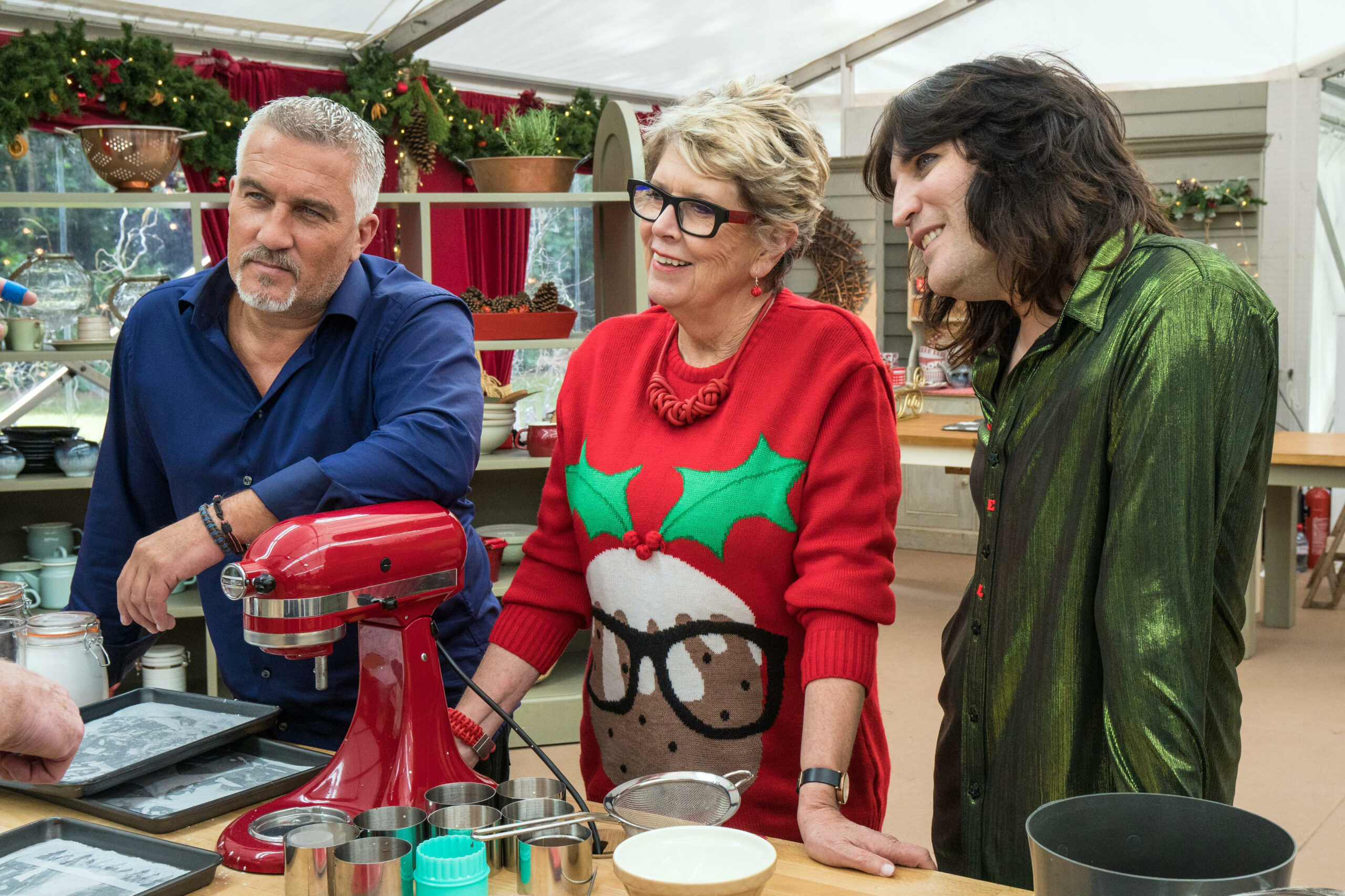 Bake Off has a huge fan base in the United States (Credit: Channel 4)

How to watch the Great British Bake Off in the US

One of the places that has really taken the Great British Bake Off to heart is the United States. While many American cooking shows boast the glitz and glamour of a movie premier, Bake Off's understatement seems to have struck a special chord.

Of course, between Paul Hollywood's scouse accent and Noel Fielding's flights of fancy, stateside viewers could be forgiven for feeling a little baffled. But this doesn't diminish the general sense of joy.

Despite being a proudly British institution, there are ways to enjoy Paul Hollywood, Prue Leith, Noel Fielding and Matt Lucas' overseas. As of September, the show has been available in its entirety on Netflix in the US, meaning American audiences can catch up on every thrill, spill and technical from seasons 1-10.

If you prefer to watch drama unfurl in real time, American viewers can also tune into PBS.

However, due to a slightly strange quirk, the network is currently in the middle of broadcasting season 5. This makes it several years behind the real thing and may make for an unnerving viewing experience.

Watch the trailer for season 11 here:

How many seasons are there of the Great British Bake Off?

One of the most successful reality cooking shows ever to air, the Bake Off is currently in its eleventh season.

Over the course of more than a decade of soggy bottoms and Hollywood handshakes, Bake Off has switched between two major British broadcasters - BBC and Channel 4.

From 2010 to 2017 the BBC-produced show was fronted by Mel Giedroyc and Sue Perkins, with Paul Hollywood and Mary Berry as judges.

When the switch to Channel 4 was made, Giedroyc and Perkins were replaced with Noel Fielding and Sandi Toksvig. Hollywood remained in place, with industry expert Prue Leith replacing Berry on the judging panel.

This line-up remained in place until this year when Matt Lucas took over the role of co-presenter from Toksvig.

Even though the new roster has only just completed its first season on the job, the future of Bake Off looks uncertain. Thanks to the pandemic, concerns over filming a series in a confined tent are understandably high.

Here's hoping that, whatever the future holds, there will still be a place for a showstopper. 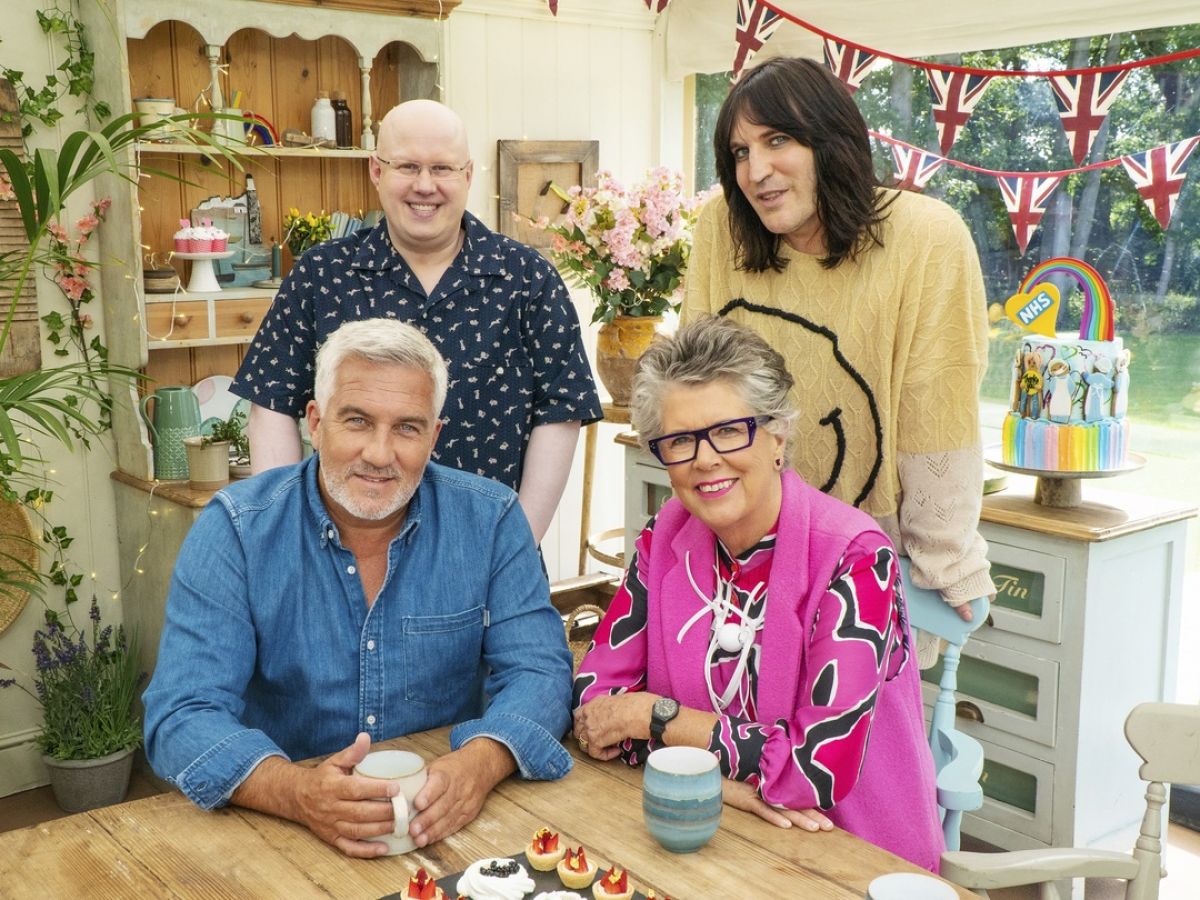 The original concept for Bake Off was inspired by America (Credit: Channel 4)

When did the Great British Bake Off start?

Interestingly for such a quintessentially British series, the original Great British Bake Off concept was inspired by America.

Executive producer Anna Beattie has said that a friend told her about community "bake-off" competitions in the states. Beattie was also interested in traditional British fêtes, later saying:

"I loved that idea of village fetes and an old-fashioned baking competition with people who only wanted to bake a good cake."

Despite the show's international reputation, it took a while for the concept to get off the ground. As Beattie told The Guardian newspaper in 2013:

"It took us four years to get anybody at any channel to take any notice. Nobody wanted it. Nobody liked it. We just kept on with it because we knew it was a good idea."

Eventually, after nearly half a decade of disappointment, the BBC decided to give the show a shot. Bake Off made its small-screen debut in 2010.

After 10 years, nearly 11 series, dozens of specials and two sets of presenters, it's safe to say it's been a success. Long may it continue.