When someone tells you that a drink is so good they could bathe in it, they probably aren’t intending you to take it literally. If their latest release is anything to go by, famous herby liquor makers Jägermeister may have missed the point of this particular metaphor.

Presumably in order to help you recreate the unique waft of your favourite nightclub at home, the German digestif brand has produced a limited edition bath bomb for its most dedicated fans. Originally launched on April 1st, the new release was understandably greeted with a good deal of scepticism. Since then, however, it has been confirmed to be 100% legit. Rub-a-dub-dub. 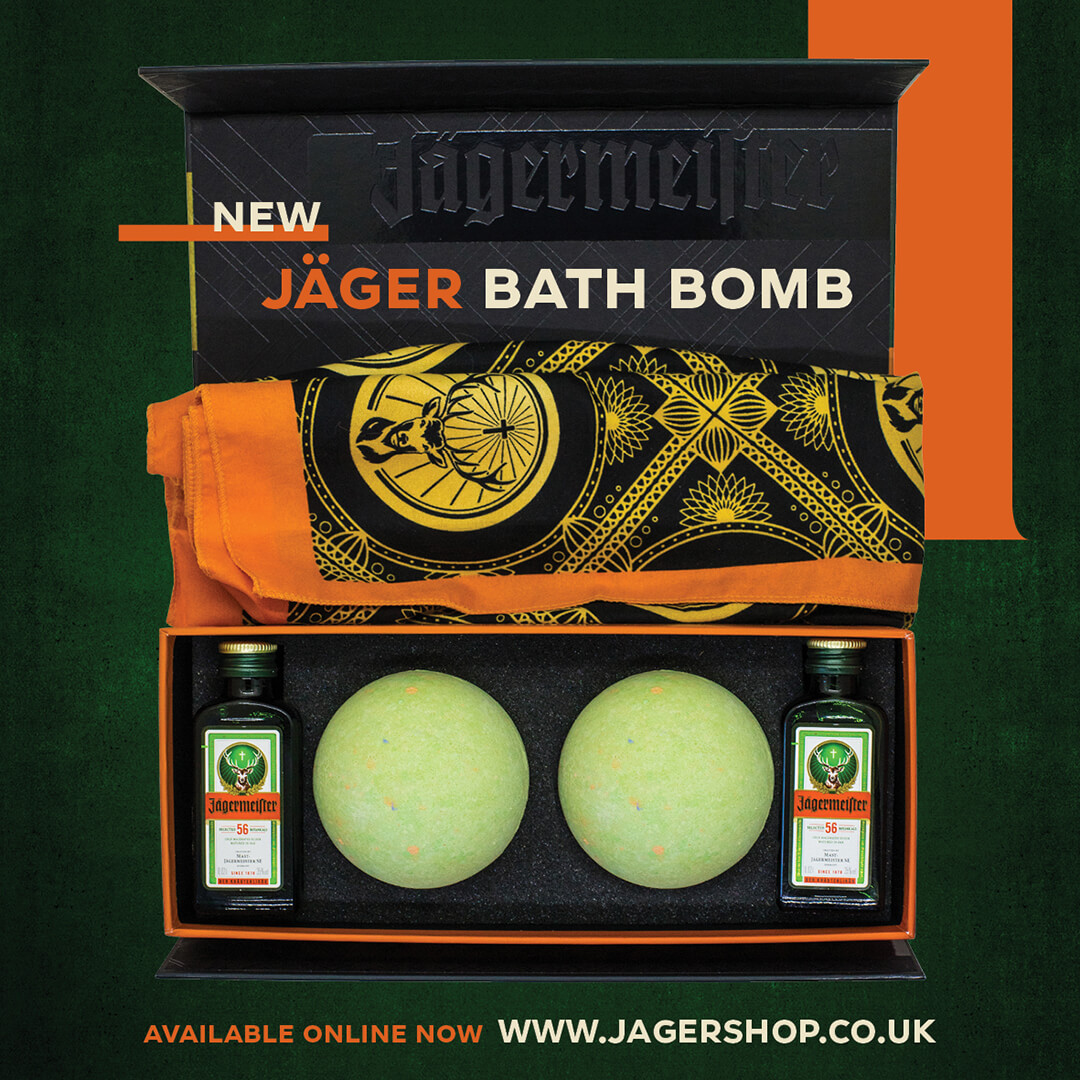 According to the eyebrow-raising description on the Jägermeister website, the new bombs have been meticulously vetted by “Our in house test-meister, Pete...over a very stressful weekend (apparently)”.

Check out this clip of the "World's Largest Bath Bomb":

The brand itself has also stated:

“Whether you like drinking our herbal elixir or prefer a long soak in herbal essences, we've got your back... and pretty much everything else too. You're welcome + contains Jägermeister, of course, but strictly not for consumption. + No animal testing... naturally.”

Much like the lurid Jaeger bottle itself, it looks like the bombs produce a pretty spectacular display as soon as they hit the water. Promotional photos released on Twitter show a mass of green and orange foam, making them ideal for anyone who likes to role play washing in a radioactive swamp. Given the circumstances surrounding their launch, it might well be the ultimate way to bring some much-needed excitement to bath time.