Thanks to a recent TikTok post, Lizzo's vegan breakfast cereal has managed to successfully swamp the internet.

Given that almost all breakfast cereals involve some combo of milk, grain and bowl, you might think it's impossible to completely upend the formula.

However, we live in an age where instant communication between one corner of the planet and another means that any mad idea can quickly gain traction. So it has proved once again, thanks to the superstar's strange attempt at a breakfast bowl.

Needless to say, her unusual effort has sparked some strong opinions on the subject. Here's why, in my opinion, Lizzo's breakfast cereal is not the best thing to happen to the morning meal since sliced bread. 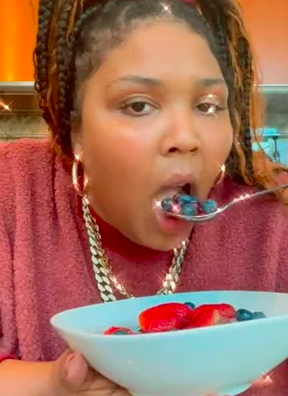 In a short clip posted to her TikTok channel, the 32-year-old superstar recently shared her recipe for what she's calling "nature's cereal".

READ MORE: We tested Kylie Jenner's viral ramen noodle recipe and can't believe we ever settled for anything less

The first is the replacement of milk with coconut water. Although the inclusion of milk isn't an absolute must, water of any sort is certainly an unusual choice. The second, even more baffling addition, is ice cubes.

Both ingredients would be outrageous enough on their own, let alone together. However, Lizzo has been unequivocal with her fans, telling them that the bowl is not only "good", but a genuine game-changer.

As she explains in the original clip, "I’m trying the coconut water berry breakfast cereal. I had blueberries, strawberries, pomegranate, coconut water. I like ice with my cereal.”

The end result is a trend that's taken off around the world. 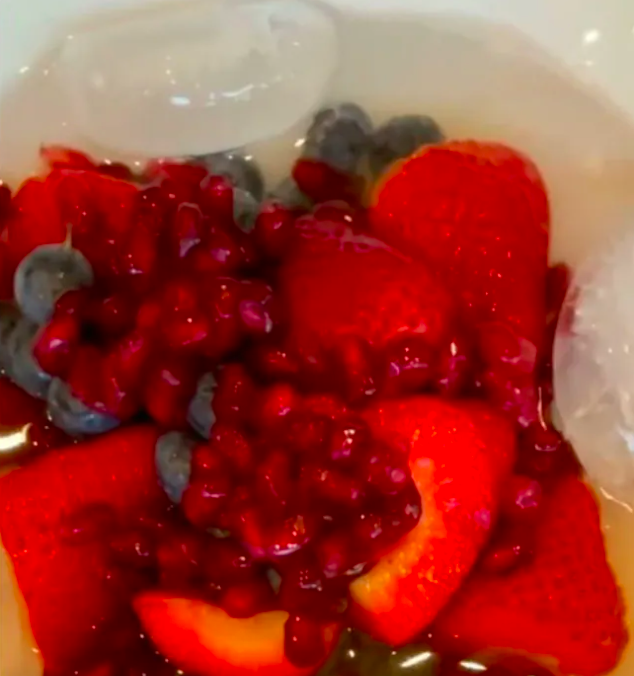 The problem with coconut water

The main issue with Lizzo's contentious breakfast cereal recipe is the liquid.

As a practising vegan, the singer is obviously not going to cover her cornflakes with full-fat cow's milk. However, what's really divided the room is her decision to use coconut water rather than a traditional plant-based alternative.

To top it off, the addition of ice cubes adds an extremely unorthodox textural and temperature element which I think is, however you dress it up, really weird.

As if things weren't already odd enough, Lizzo's cereal doesn't even have any actual cereal in it. It's about as far removed from Kellogg's as it's possible to get.

In the interests of full disclosure, it has to be said that I haven't actually been brave enough to compromise my breakfast by trying this hack. However, I also don't need to try heroin to know that's a bad idea.

The issue isn't necessarily flavour. As dozens of different cereal brands prove, coconut can definitely bring a delicious nutty sweetness to the table, in the right context.

Instead, the main problem with Lizzo's plan is texture. Anyone who's ever made a cereal bowl with fully-skimmed milk knows that wateriness can go a long way to ruining your morning.

At 8:30am on a Thursday, you need comforting creaminess – not something that looks like it came out of your kitchen tap. Add ice cubes into the equation, and you've got something seriously strange on your hands.

Even an ingredient as flavourful as coconut can't fix the fact that water and cereal were never meant to meet. It would be like adding orange juice to your Froot Loops. Flavour-wise, it might make sense – everything else about it is a fruity horror show.

I am a big believer in experimenting with food. Obviously, you can't create a Pizzadilla with a straight face and then stifle someone else's innovation.

However, even I have lines I find difficult to cross. Getting my head around watery, frozen cereal is clearly one of them. 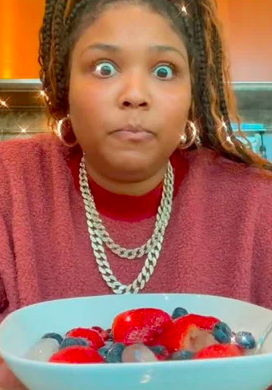 Lizzo is definitely enthusiastic about the end result (Credit: TikTok/Lizzo)

My scepticism is not unfounded. Despite its apparent popularity, many people have called out the hack for being just as odd as it sounds.

As one user commented on TikTok, "that's just wet fruit." Another declared it "an unblended smoothie".

Lizzo's obsession with ice seriously bemused one fan, who wrote, "I know you did not just say that you like ice in your cereal.” The world clearly hasn't gone completely mad.

However, it hasn't all been negative reviews. Several supporters have tried the cereal for themselves, with some even going so far as to call it tasty.

Maybe I'll have to find a brave/stupid volunteer to try it in the Twisted kitchen after all.