Vegan fast food is a big business. As more and more of us move away from a meat-heavy diet, the possibilities of plant-based browsing have become increasingly tantalising.

One look at the number of new vegan options on established fast food menus and it's clear that times are changing.

However, breaking into the established industry monopoly isn't always easy. While there are hundreds of businesses specialising in vegan riffs on comfort food classics, they can struggle to attract attention against the PR machine of a McDonald's or KFC. 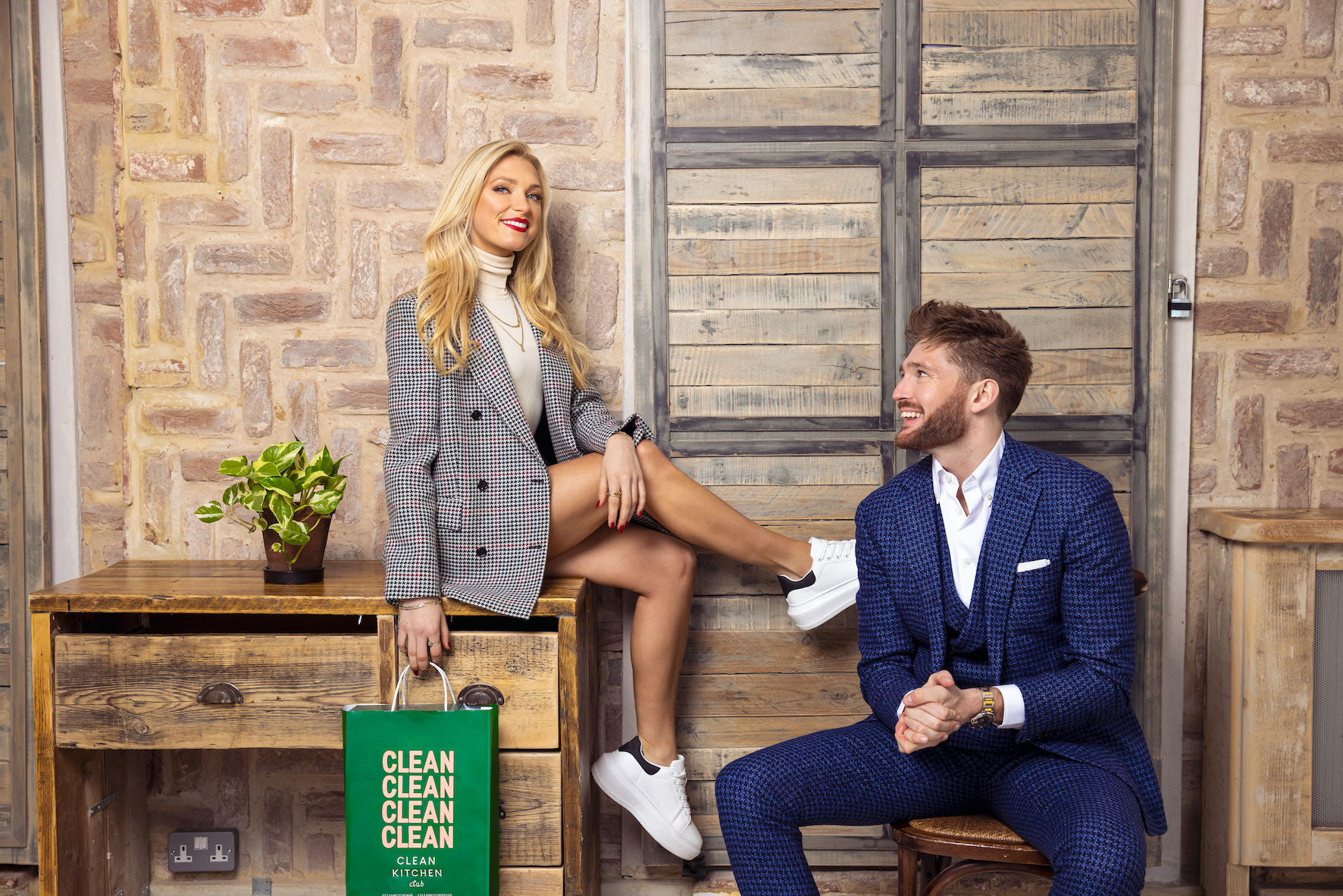 Friends Bowditch and Pearce are on a mission to transform vegan fast food. After joining forces in January, the twosome have been making waves with their revolutionary Clean Kitchen brand.

Serving everything from burgers to wraps to hearty salads, its menu is a careful balance between healthy and hearty.

Now, after dominating the lockdown vegan delivery market, Clean Kitchen is setting up its first permanent site in Camden Town.

"This is our first actual sit-in restaurant," Bowditch tells Twisted. "Camden is the number one area for vegan food on Deliveroo and other delivery services, so hopefully it's going to be an absolute cracker!"

Over the past few months, the brand has really gone from strength to strength. In addition to the new Camden site, the brand operates six dark kitchens across London and the South East.

And it's clear that neither business partner has any intention of stopping here. As Pearce explains, the brand's success has reaffirmed their belief that there is a gap in the market for a successful vegan franchise.

If they can keep up the momentum, who's to say global conquest isn't on the cards? 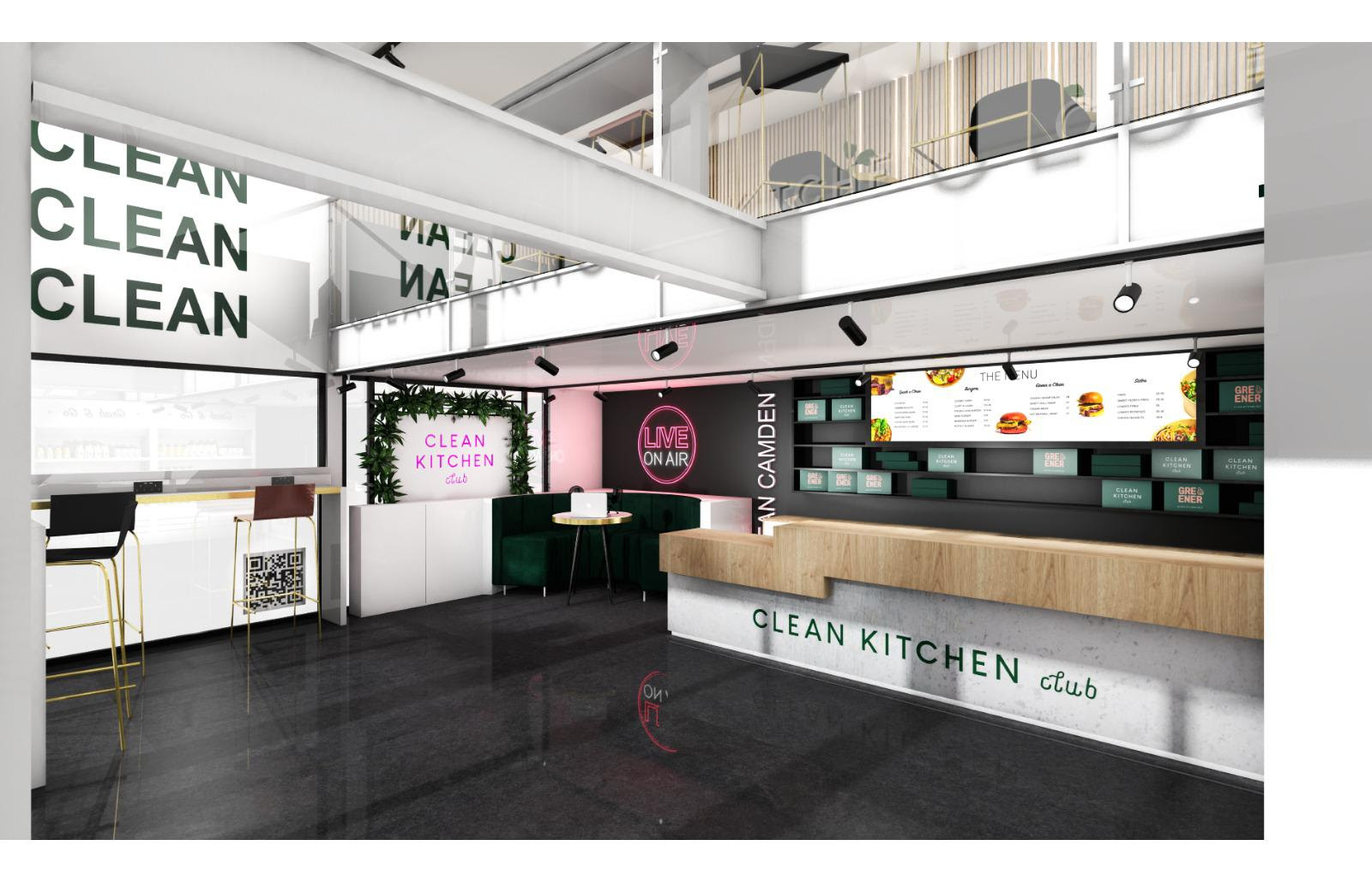 Clean Kitchen – "the gateway to veganism"

Despite the brand's rapid expansion, Bowditch and Pearce haven't always harboured ambitions to dominate vegan dining. In fact, as Pearce explains, the collaboration almost came about by accident.

"It was quite abrupt," he reveals, adding, "we actually met at a running club. I always admired Verity's positivity and outlook on life and particularly her love of animals.

"I started Clean in Brighton and then came back to London. It began as a fitness thing, so I started that plant-based journey and diet. But I needed someone to take it to the next level and also hold me accountable!"

The brand may have been born out of a close friendship, but there's no doubt that things are more serious than ever. In fact, as Bowditch tells me, the partners now view Clean Kitchen as the ultimate introduction to a plant-based lifestyle.

Both Bowditch and Pearce are also clear that, for them, Clean Kitchen isn't about converting as much as it is informing. As Pearce explains: "I have the mantra with Clean that we don't want people to cut out meat, but if they can cut down it's doing good. Ultimately, if people eat less meat it does have some positive effects."

Judging by the success of the brand so far, there are plenty of people out there willing to give it a try.

What's on the menu at Clean Kitchen?

Of course, having ambitions in the hospitality industry is irrelevant if your food is rubbish. Fortunately for the Clean Kitchen team, they haven't neglected their menu.

Although neither Bowditch nor Pearce are responsible for the cooking, they do have a major say in what is served at the restaurant. As Pearce explains: "We have a team of five main chefs. We work closely (with them) to come up with the menu, but we're constantly reviewing and improving.

"Verity and I taste and sign off absolutely everything that goes onto the menu. We're quite set on what we want. We want it to be fresh, we want it to be clean, but it has to be tasty as well."

This emphasis on substance as well as style is obvious throughout. Highlights include the Chikn Mayo Burger (which Pearce confesses to eat about three times a day), Bacon Mac N Cheese and the Meatless Meatball Bowl.

READ MORE: What is seitan made of? Everything you need to know about the vegan meat alternative

Clearly, being plant-based is not enough for the Clean Kitchen team. Ultimately, if it doesn't sound delicious, it doesn't make it on the menu.

"We want it to be relatable," Pearce laughs. "For example, we did a truffle burger as part of our Summer Box, which I was always very keen to be the 'Basic B*tch Box'.

"And when we launched that, we saw a sales uplift of 40% because people were just enjoying it. For us, it's got to appeal to both a meat-eater and non-meat-eater as well."

Whether or not Clean Kitchen can fulfil its founders' ambitions remains to be seen. However, there's no doubt that this unique vegan fast food joint is already making waves in a difficult market.