Like everyone, Dr Martin Luther King's favourite restaurant Paschal's has faced a challenging 12 months. On the other hand, this is hardly the first time in its long history that the business has had to overcome adversity.

As the restaurant's Director of Operations, Zane Major, tells me, overcoming obstacles is just part and parcel of building a successful business.

"One story that I always really love to tell is that on our first day of opening, the oven broke... at one point they had to use a taxi service (to ferry food from one of the founder's homes to the restaurant)," Major laughs.

When innovative thinking is part of your DNA, you're probably in a better position than most to thrive against the odds. 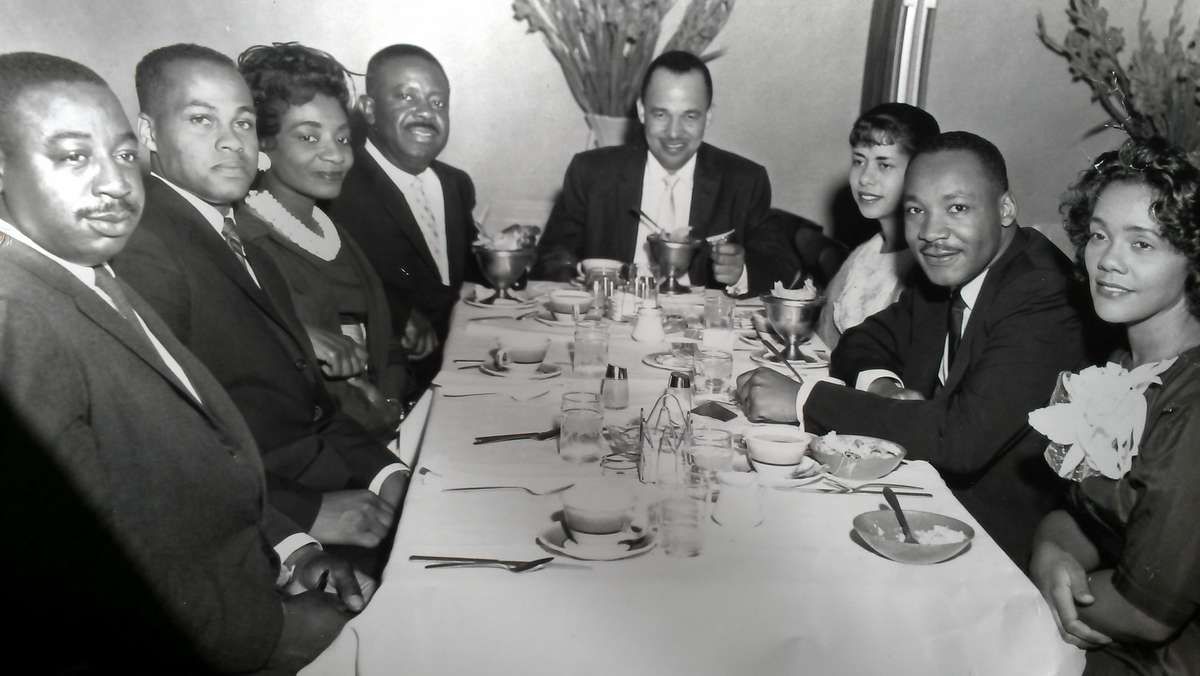 Paschal's has been a fixture of the Atlanta food scene since 1947. Founded by brothers James and Robert Paschal, the restaurant specialises in Southern staples – especially fried chicken.

Over the years, Paschal's has expanded, developed and reinvented itself. At one point, it even incorporated a successful club, hotel and Atlanta airport offshoot.

But, beyond the experiments in other areas of hospitality, Paschal's most enduring legacy is its association with some of the 20th century's most significant Civil Rights figures.

John Lewis later described the restaurant as the place to decompress after "arrests, death threats and beatings". Even stars such as Aretha Franklin would regularly drop in for a meal.

"The understanding of what Paschal's was - just having a place where you could go (helped it to become) a meeting place for Civil Rights leaders," Major explains.

"Dr King ate at Paschal's quite often and actually used one of the hotel suites that was up above the restaurant.

"He would go out to the protests and then Paschal's became almost like home base. If somebody became separated or arrested, they knew that this was a place you could come to make a phone call or, frankly, just get a meal."

John Lewis revealed, in a New York Times obituary for founder Robert Paschal, that the restaurant was the last place he had seen Dr King alive before his assassination.

As the former Congressman explained: ''Some of the decisions that affected the direction of the country were made in that restaurant."

This well-earned reputation as a sanctuary has helped Paschal's become the landmark restaurant it is today. 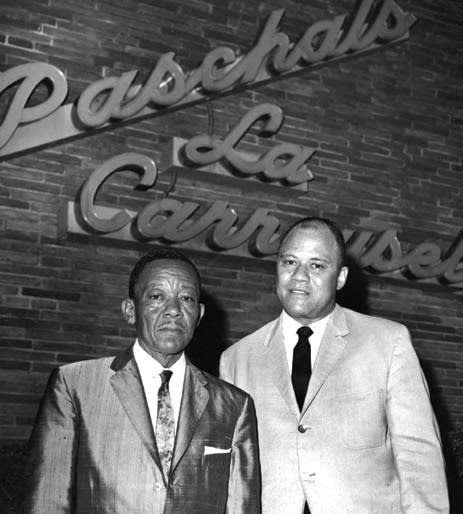 As one of the very first Black-owned food businesses in Atlanta, the restaurant quickly became a beacon for the surrounding community.

The Paschal's kitchen was open to everyone, whatever their creed or colour.

"(When we started) it really was the only restaurant in the city that was for African Americans and had a non-segregated feel," Major reveals.

"At that time, the business world in Atlanta was centred towards white people. For an African American, there was space for you to open your restaurant as long as you didn't 'intrude' on what the agreed-upon norms were."

This commitment to diversity means that, compared to some other businesses in the city, the Paschal's customer base hasn't changed much since the 60's.

"It's probably moved a little bit," explains Major. "Probably for us what we would really like to see is more young people... we want to be able to share that story (with different generations)." 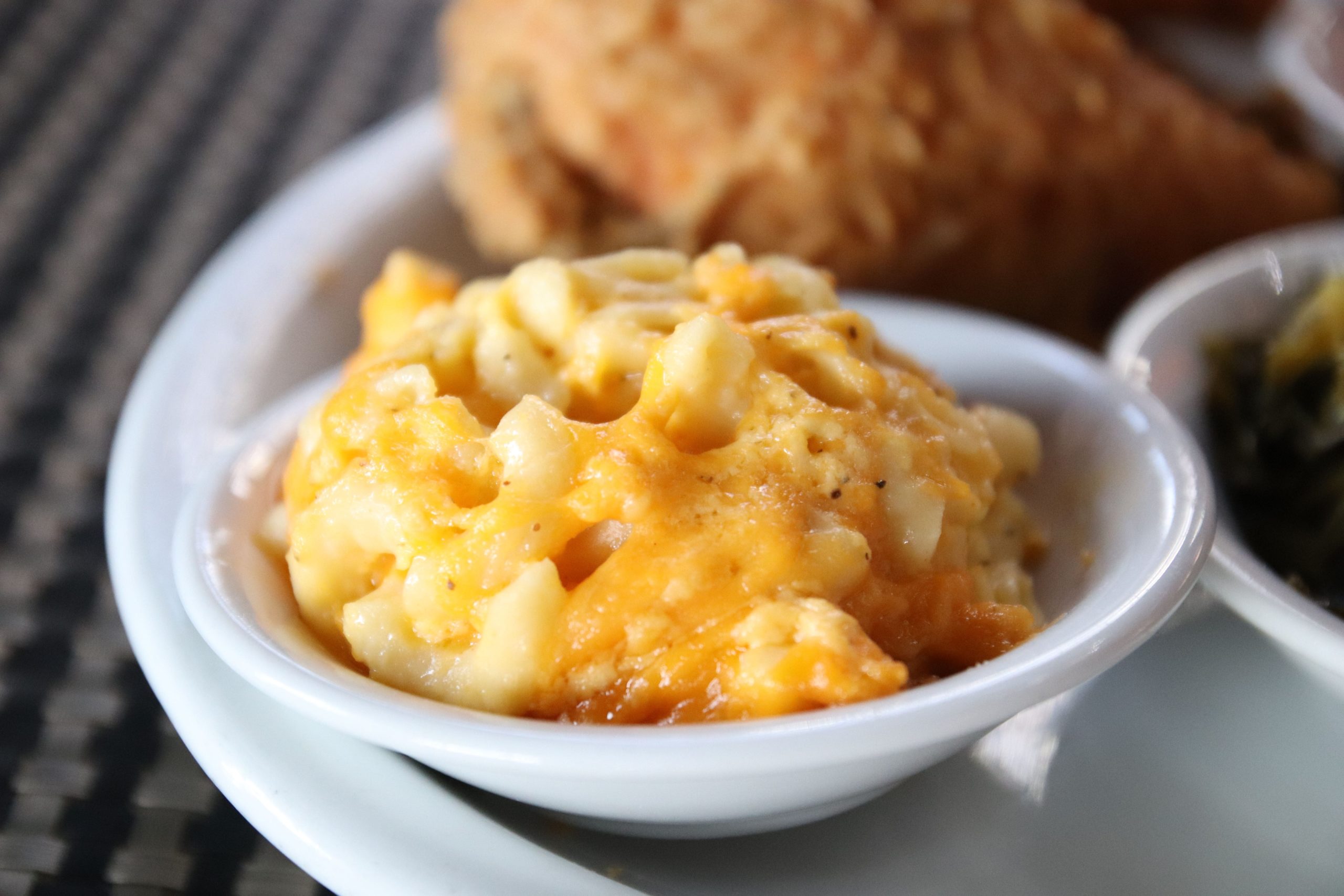 In the years since Paschal's has become a must-visit for almost every political campaign that stops in Atlanta. As Major explains, this means catering for both sides of the aisle.

He says: "Leading up to the Democratic debates in Georgia, we had literally every single Presidential nominee – except for Biden – at Paschal's.

"Andrew Yang still comes into the restaurant once a year for Thanksgiving brunch.

"That (political tradition) is something we really want to honour – we're really happy to host (both political parties). We just want to provide a conduit for conversation.

"Maybe not the previous Republican nominee," he clarifies with a smile.

"In the most recent campaign, we actually offered discounts to people who came to the restaurant with their 'I Voted' stickers," adds Zane's colleague Mori Russell.

"We just want to encourage our customers to vote. Not persuading either way, but it kind of stands for itself, given the candidates that typically come to our restaurant," she continues.

Major also reveals that the restaurant hosted to an unofficial event for newly-elected Georgia Senator Raphael Warnock. As he explains: "Nobody from his campaign reached out and asked us. It was just a case of 'I know who you are, you know who we are – you are a patron of this restaurant.'"

Paschal's position as a political hub in Georgia is clearly just as critical as ever. 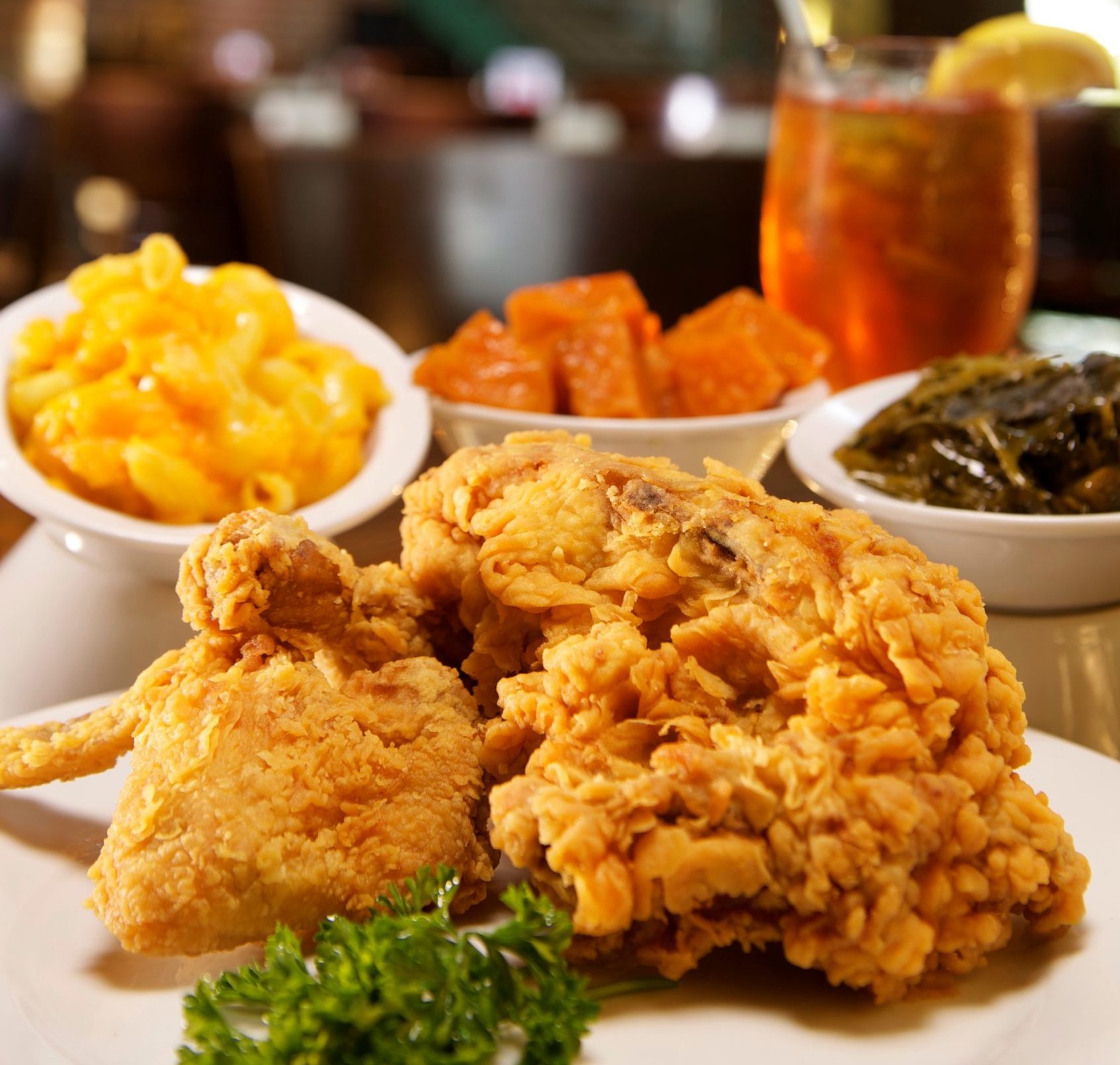 Fried chicken is front and centre of the authentic Paschal's experience.

"The only thing that has changed in that recipe since 1947," Major reveals, "is that we cook in oil rather than lard. We've really stuck to those original recipes and those roots."

It's a formula that continues to pay dividends.

Over the years, Paschal's tried and tested techniques have helped cultivate a dedicated following in the local community.

Before lockdown, regulars would turn up to the restaurant without fail at the same time every week. In some cases, even coronavirus hasn't stopped them getting their fix. As Major explains: "There is an Uber order that comes in every Monday morning at 11:30. It's the same order every time. Now, we just get it ready! We don't even wait for the order, it's just in the window ready to go."

However, despite this enduring popularity, maintaining such high standards – especially during a pandemic – isn't always easy.

"It's a constant struggle," Major admits. "You really have to taste the food every day." 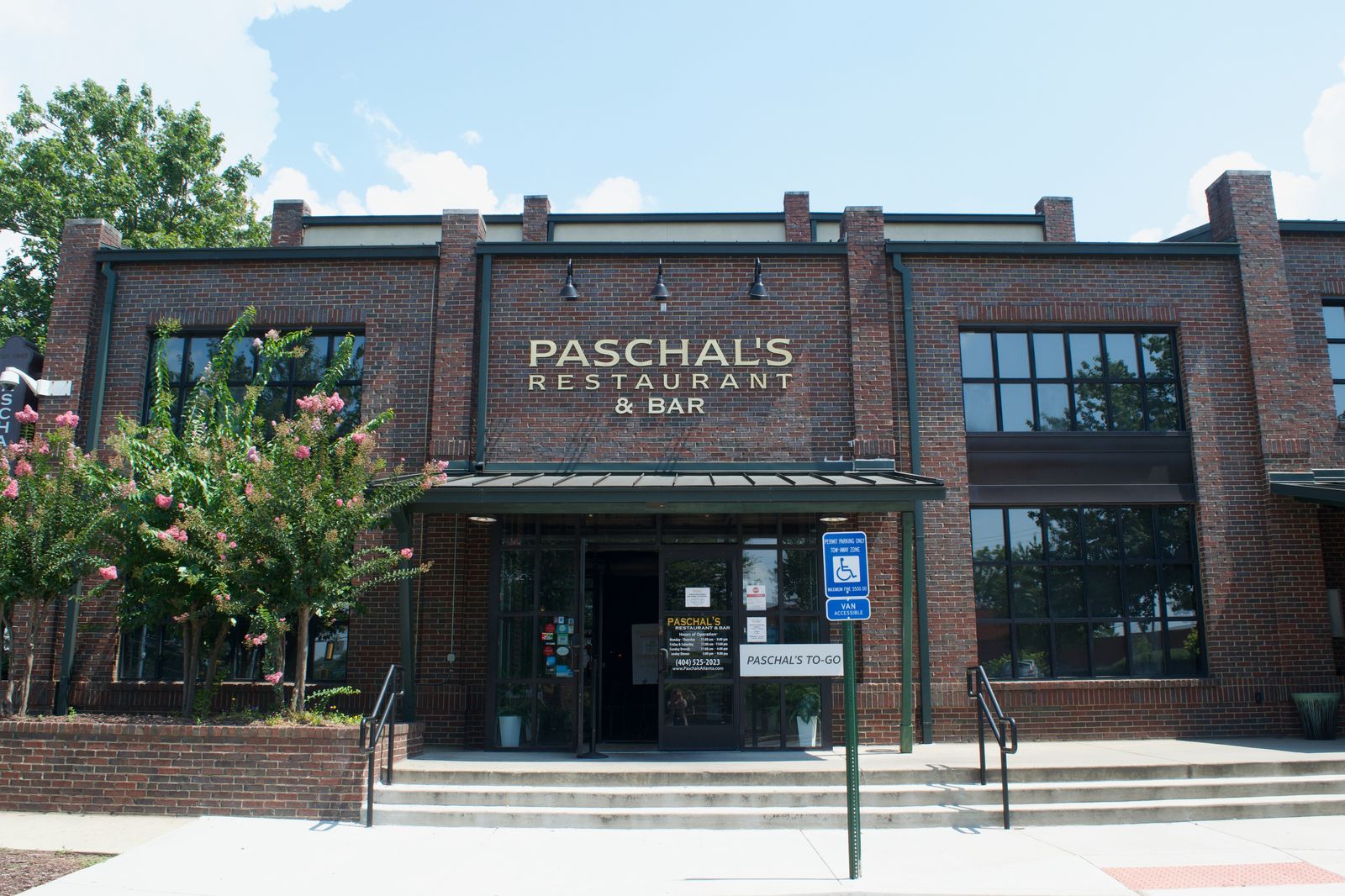 Paschal's in the pandemic

Even a restaurant that's as enduringly popular as Paschal's has had to make some major changes in the pandemic.

The menu currently offers a reduced selection of tried and true classics. The kitchen is open for orders six days a week, with the exception of Tuesdays, and can cater for small and large external events.

Excitingly for Paschal's regulars, the restaurant will return to a full dine-in service within the next month. Until then, orders can be placed online directly through the Paschal's website, or via several third-party apps.

Customers can also keep track of all the latest news from the restaurant via Instagram and Facebook.

Any restaurant owner will tell you that the last year has been a challenge, to say the least. Perhaps, however, the challenge is more accute when your business has a history of facilitating communication and conversation.

There are obviously many reasons to look forward to the end of the pandemic. Being able to enjoy a fried chicken sandwich in a place of such political and historical significance is definitely one of them.