For 16 years, MasterChef has been the king of cooking TV.

As imitators have come and gone, the BBC's chef and greengrocer-helmed juggernaut has spawned countless international spin-offs and launched dozens of restaurant careers.

However, for all its success, the MasterChef recipe remains relatively unchanged. Each year, contestants follow the same set formula of cooking for former contestants, critics and restaurateurs.

Some would argue that the show's success is in its predictability. But, if you look below the surface, it isn't just the format that fails to throw up any surprises. More often than not, it's the menus that really remain stale.

As it turns out, this failure to evolve says more about our attitude to food than you might think. 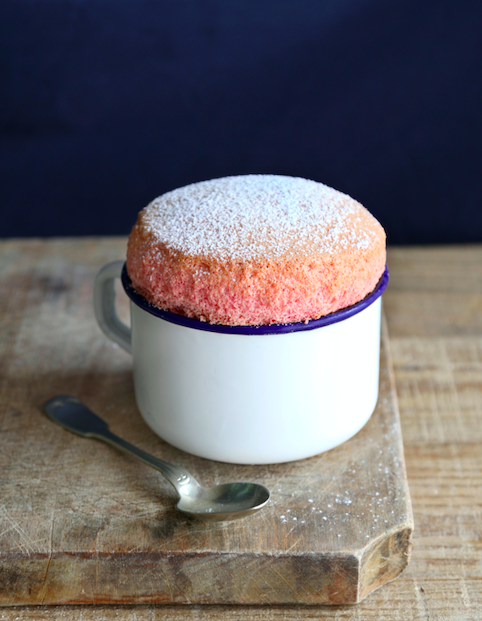 MasterChef has featured soufflé from the beginning (Credit: Alamy/Leithan Partnership)

Why does everyone cook soufflé on MasterChef?

After more than a decade of MasterChef, a few things can still be guaranteed.

Firstly, Wallace will at some point express wild enthusiasm about something sweet. Secondly, a procession of professional critics will be introduced as though they are part of Sauron's personal bodyguard. And thirdly, at least one person every series will attempt to cook a soufflé.

On the surface, the obsession with soufflé is unusual for two reasons. Aside from the fact that no one normal would ever cook one at home, 16 seasons of MasterChef have taught us that it's incredibly easy to get wrong.

The peril associated with achieving the perfect rise and consistency is well-documented, to the point where both Wallace and Torode raise cartoon eyebrows in mock-alarm at the mere mention of the S-word.

However, it's not just the fact that the dish is a disaster waiting to happen that makes it such an interesting case study. The real question is why we're all so obsessed with it in the first place.

Regular viewers will know that soufflé isn't the only dish that is the subject of repeat viewing. Elements like celeriac puree, roast duck breast and panna cotta will all inevitably make several starring turns across the series.

This repetitive trend has continued even as British food has gone through arguably its most dramatic and exciting transformation ever.

All across the country, chefs are moving away from tried and tested French bistro and pub cooking classics. Instead, many are embracing the traditions and techniques of cultures from across the world.

As a result, diners can sample biang biang noodles one night, before demolishing authentically American fried chicken the next.

However, despite this inspiring diversity, it seems many of us are conservative to a fault when it comes to cooking competitively. 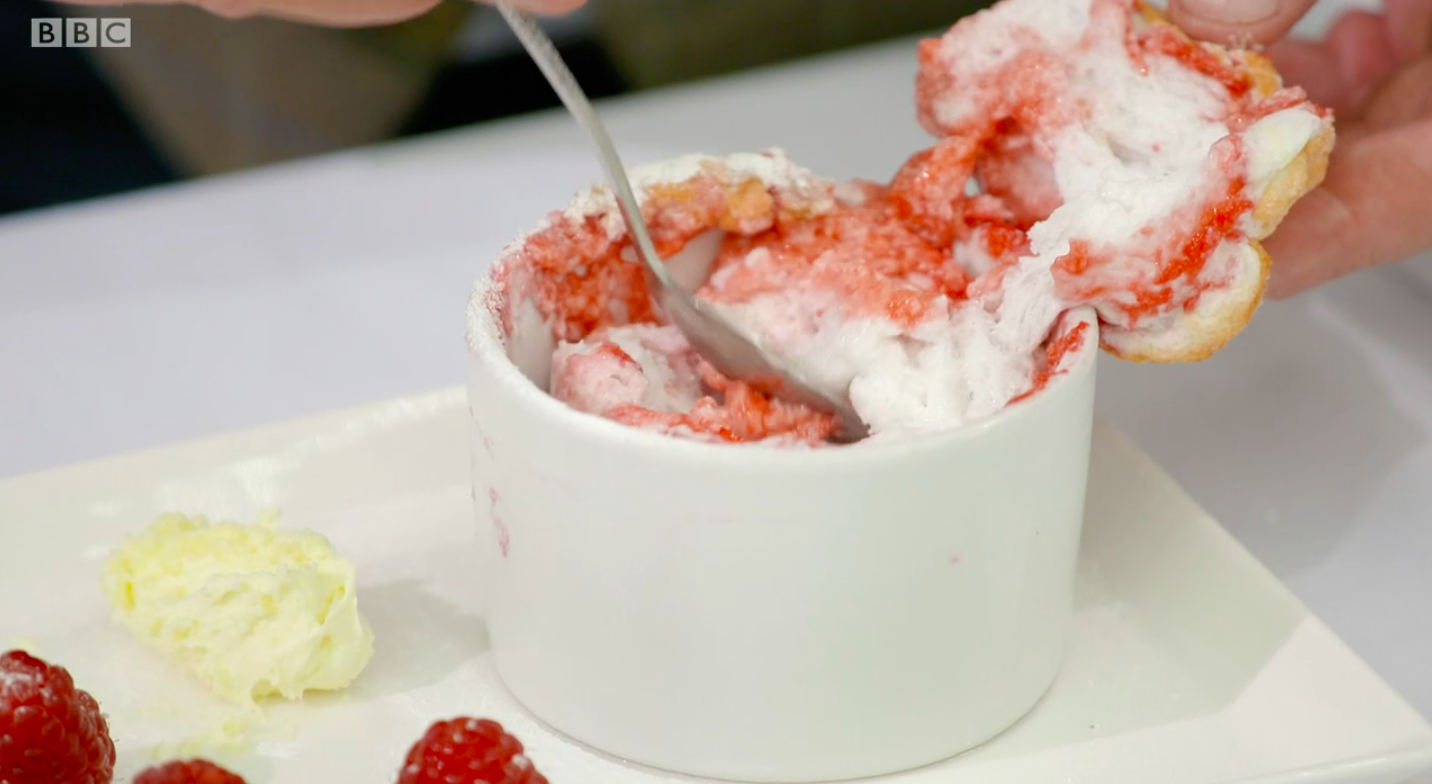 Why MasterChef isn't the problem

Despite soufflé's permanent status as MasterChef dessert du jour, it's not true to say that the show itself can't be a showcase for cooking diversity.

Many of the show's most successful contestants, such as Shelina Permaloo, Ping Coombes and Saliha Mahmood Ahmed, have emerged triumphant by actively presenting incredible dishes from different culinary traditions.

The franchise has also travelled around the world, exploring the food of Mauritius, Peru and China along the way.

Of course, this all suggests that the problem runs more deeply than MasterChef itself. Instead, it says something about how our own notions have been shaped by decades of tradition in the British food industry.

For all the exciting development in recent years, much of our understanding of high food culture has historically been limited to a few, often French-inspired, fine dining institutions.

Until relatively recently, many MasterChef viewers would have assumed that Gordon Ramsay and Marco Pierre White were the ultimate culinary aspiration. It makes sense, then, that our own attempts mirror the style of the chefs we idolise.

You could even make the case that the MasterChef format inadvertently perpetuates the problem. By showing soufflé after soufflé, year after year, as the ultimate example of what you should be cooking in a competitive kitchen environment, you inspire the next batch of contestants to repeat the trick, no matter how many times you see it done.

And so the cycle continues. 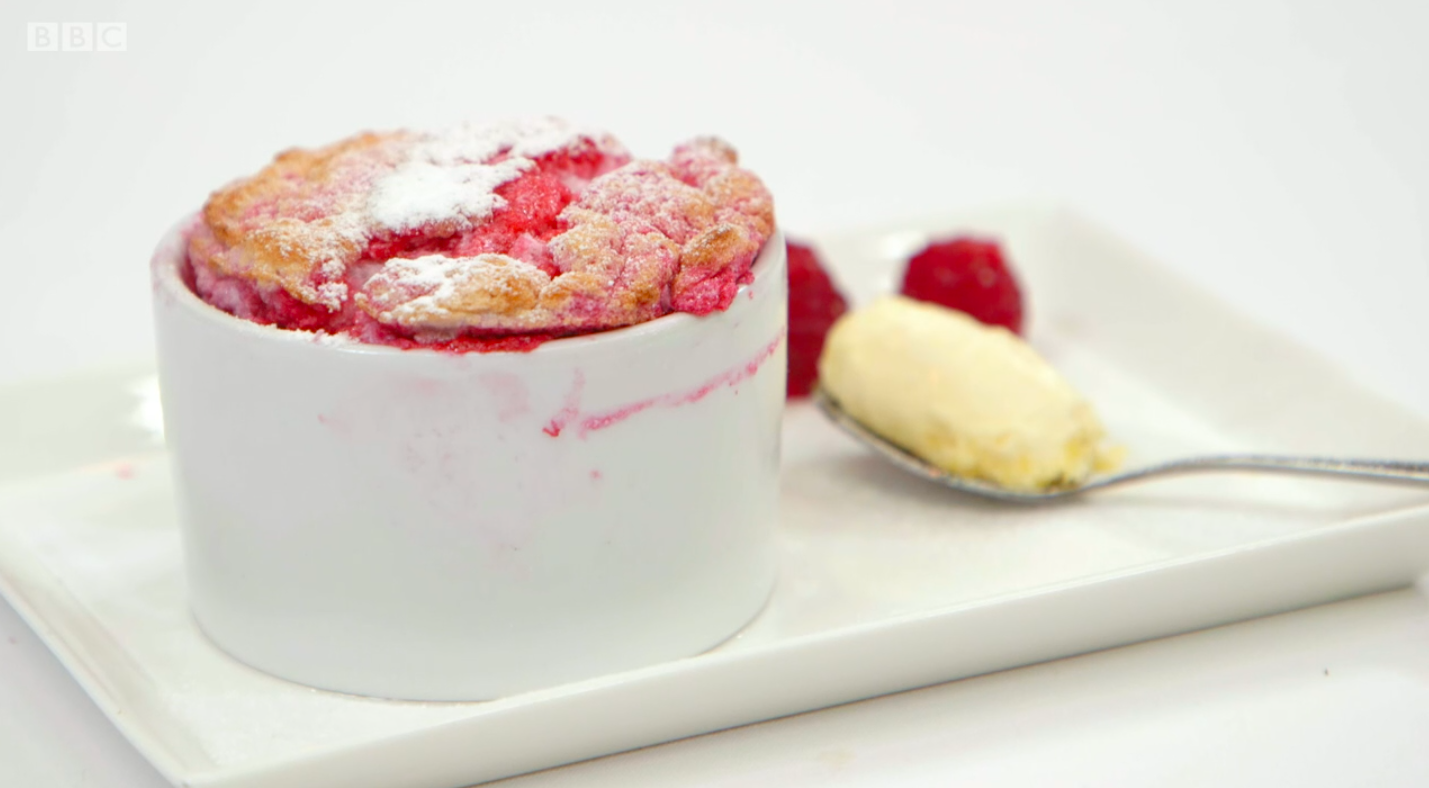 Soufflés will always be incredibly difficult to get right, especially on MasterChef (Credit: BBC)

Despite our increased understanding of and appreciation for other food cultures, our deference to fine dining conservatism, to a degree, has now been baked into our subconscious.

This explains why, when many of us feel we have to take cooking to the next level, we don't picture the magic of a mangal. Instead, the first thing that springs to mind is a fondant potato with red wine jus.

It might be boring, but food tradition teaches that it's what everyone else wants to eat. MasterChef tells us that dishes like soufflé are the model of what restaurant-quality food should be.

READ MORE: Where do they film MasterChef 2021 and can I visit the studio kitchen in real life?

It's nobody's fault directly that we continue to serve up the same selection of Anglo-French fine dining classics. Not the judges, who often actively reward anyone willing to go out on a limb with something more daring.

It's not even the contestants, who regularly hear they have to "elevate" and "smarten-up" their cooking. Ultimately, this just transforms the essence of what made it so good in the first place.

Instead, the immutable MasterChef menu tells us that, despite the ferocious pace of food evolution in the restaurant scene, our own biases are often much slower to shift.

After another 16 years, it may be that a well-risen soufflé becomes as scarce as an iskender or mapo tofu is today. For now, however, we have to reckon with the reality that it's much more difficult to break the mould than we might think.