Michael Twitty has spent his career reversing the eradication of African Americans from Southern food culture.

As part of this mission, he has travelled the world, unearthed incredible insights into America's cooking history and won some of the food industry’s most prestigious accolades.

We sat down virtually with the James Beard-winning food writer, cook and activist to discuss his new cookbook, why understanding where your food comes from is so important and why education about food is more vital than ever. 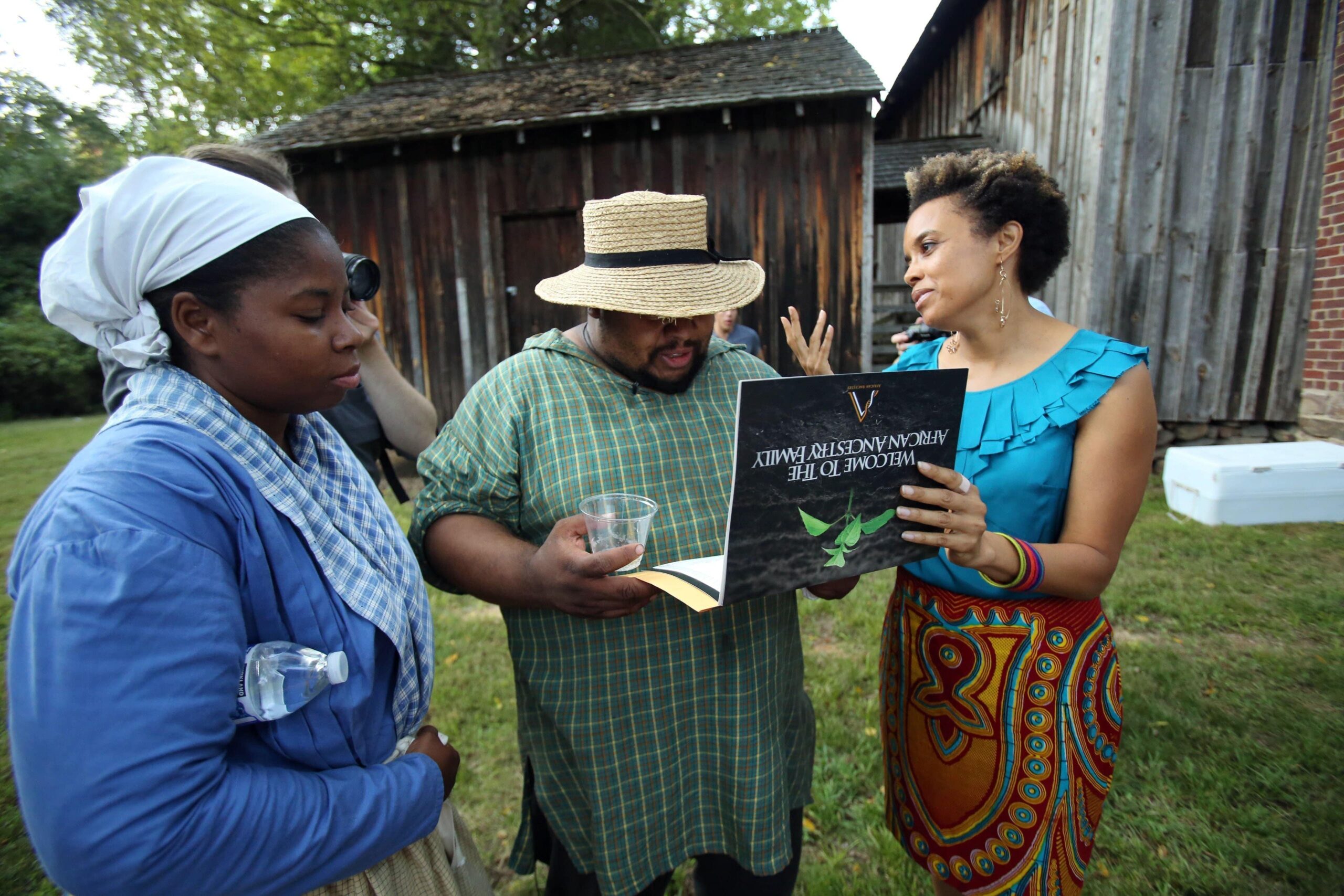 African American food heritage - how to cook food from the South

Michael Twitty is arguably best known for his extensive research into the genealogy of our food.

His first book, ‘The Cooking Gene’, concentrated on the critical question of who “owns” what we eat and how our past continues to impact us today.

He has also won praise for his unflinching cookery courses, teaching participants about the origins of slave food on location at plantations across the American South.

This focus has brought Twitty into conflict with some of the biggest names in the food industry.

He famously wrote a powerful letter to Food Network star Paula Deen, both denouncing her use of racial slurs and her role in "the near-universal erasure of the Black presence from American culinary memory".

He has also had a widely-reported beef with Southern food star Sean Brock, which Twitty laughs off as seriously overblown.

However, while issues of ownership and appropriation are still central to his work, his approach has definitely changed.

“I think my opinions have evolved a little bit,” he tells me.

“When I first started talking about this, a lot of my white colleagues, in particular, wanted to turn me into some sort of demagogue for gourmet political correctness gone wild.

“I never said other people can’t cook the food. I said that you’ve got to understand the source code.”

Twitty suggests that cooking from different cultures is actually a lot like building a relationship. Instead of messing around with little regard for the emotions involved, you have to be prepared to commit. As he puts it:

“With African American culture, people assume that it’s a simple narrative, that you can come in and go out. No. You have to date this man, you can’t just hook up with him.”

Twitty acknowledges that the aggressive way in which appropriation, especially in the food industry, has been flaunted in the face of the African American community is still an open wound.

However, it’s clear that he also believes that integration and amalgamation are an unavoidable part of social evolution. He explains:

“...being intersectional means that if you are in a multicultural society - and it’s healthy - cultural diffusion is a proper outcome.

“A lot of white people in this country think that cultural appropriation is them being told they can’t do something. I think that that’s a really bad place to start!”

Instead, Twitty believes that respect for different cooking cultures means acknowledging their roots at every opportunity. He cites a Texas chef who sprinkles his menu with notes detailing the inspiration for particular dishes:

“The words ‘inspired by’ and ‘derived from’ [point] you in the direction of the culture bearers, the community scholars, the culinary figures that you share your community with. That’s a really healthy way to start to broach the subject and make a change.” 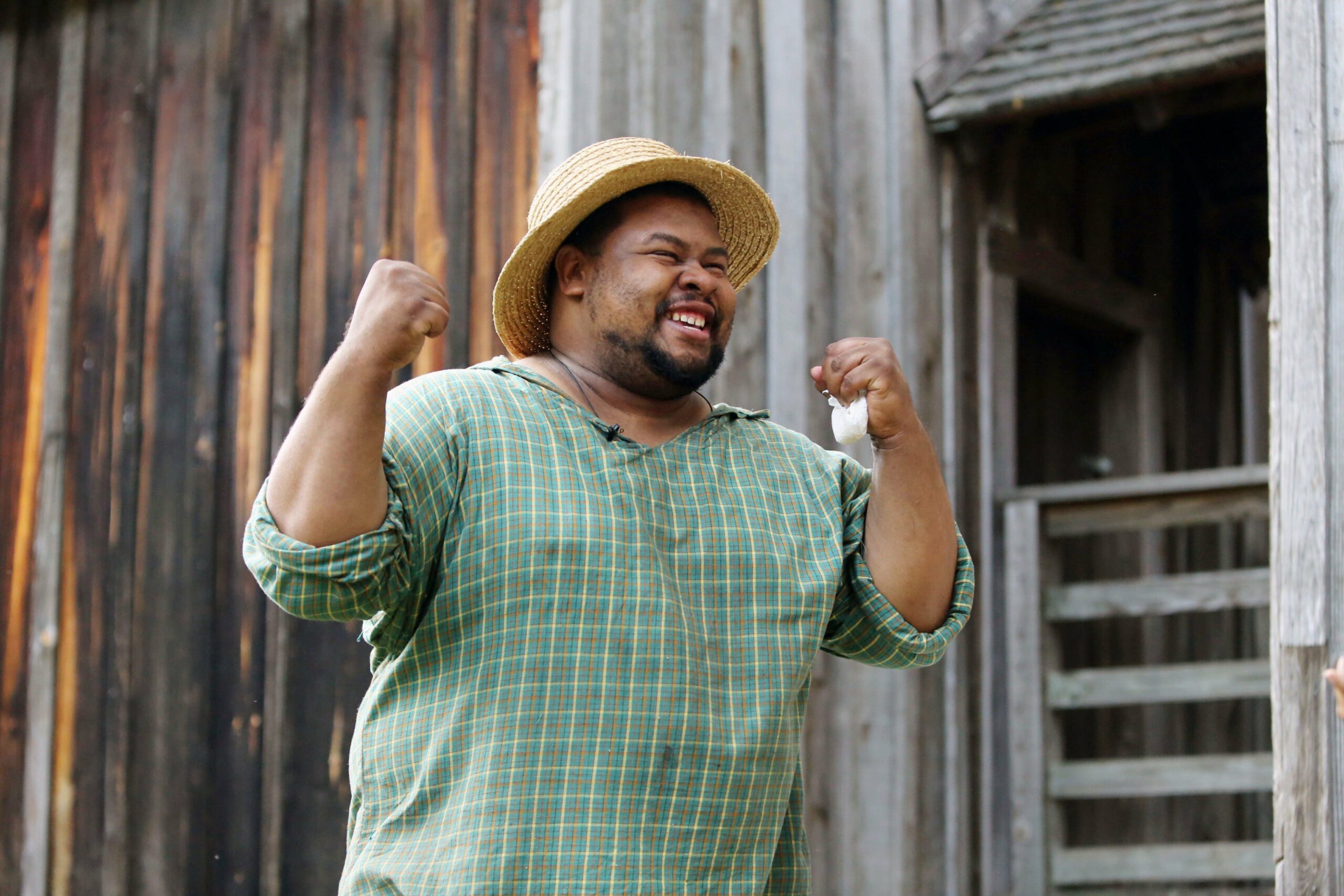 “We still have to be teachers” - why education is crucial

Given his career path, Twitty has had to become accustomed to conflict resolution.

His lifestyle and outlook have caused him to clash with everyone from the white cooking establishment to, more recently, he tells me, Trump supporters on the streets of DC.

However, despite the sustained and varied opposition to much of his advocacy, he believes that building a dialogue between different communities is the only way forward.

“I don’t believe that you can just have a side-show world within the world of white mainstream-ness and just have it be Black people - I know that we need white folks.

“I know that we need to have a conversation with white people. We still have to be teachers.”

Twitty recognises that maintaining this dialogue is difficult for a community that is understandably frustrated with the ignorance and insensitivity of others.

However, he is unequivocal in his belief that education - across both food and wider society - is the way forward. As he puts it:

“We really need to understand that, although some of us are exhausted being educators, some of us will always have to be. It’s imperative that we hear the opinions of others - even if they’re wrong.

“If I know that you feel a certain kind of way because you haven’t been exposed, or because no one’s ever said this to you, then I can let my guard down a little bit and say, ‘you know what, I don’t totally hate you - I just need to educate you.’

“Some folks have to cede a lot of power. We have to be willing to talk and to have a few centimetres more patience.” 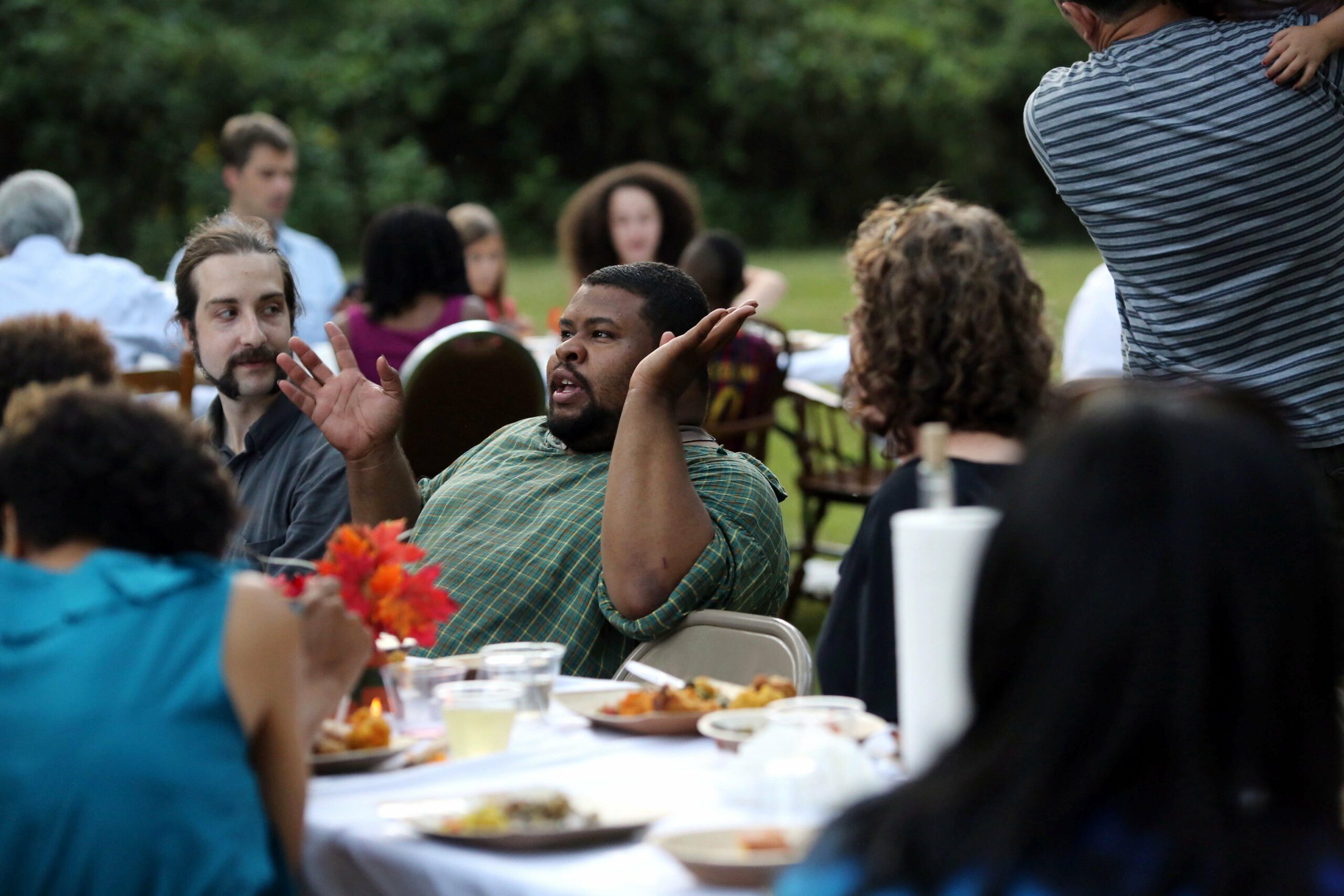 Michael Twitty - "We still have to be teachers" (Credit: PA)

Rice - a Savor the South cookbook

The desire to discuss and reveal how much we all have in common was a key motivator behind Twitty’s latest book.

Written as part of a series for the University of North Carolina, “Rice - a Savor the South cookbook” delves into the deeply complex history of this universal ingredient.

However, for all the issues around rice and its many uses, Twitty saw the book as an opportunity to highlight how much the white and Black aspects of Southern cooking have in common. As he tells me:

“On the one hand, there is this ether to really tell these stories through our particular lens as folks of colour.

“But in writing this kind of book that reaches a wider audience, I wanted to show people that we can connect through ingredients and stories.

“A lot of people assume,” Twitty continues, “that people like me just don’t know anything about anybody else.

"To the contrary, everybody that passes through the mainstream rubs elbows with the negro in America - we’re their inspiration. But they never think that we are watching them, that we’re absorbing them. 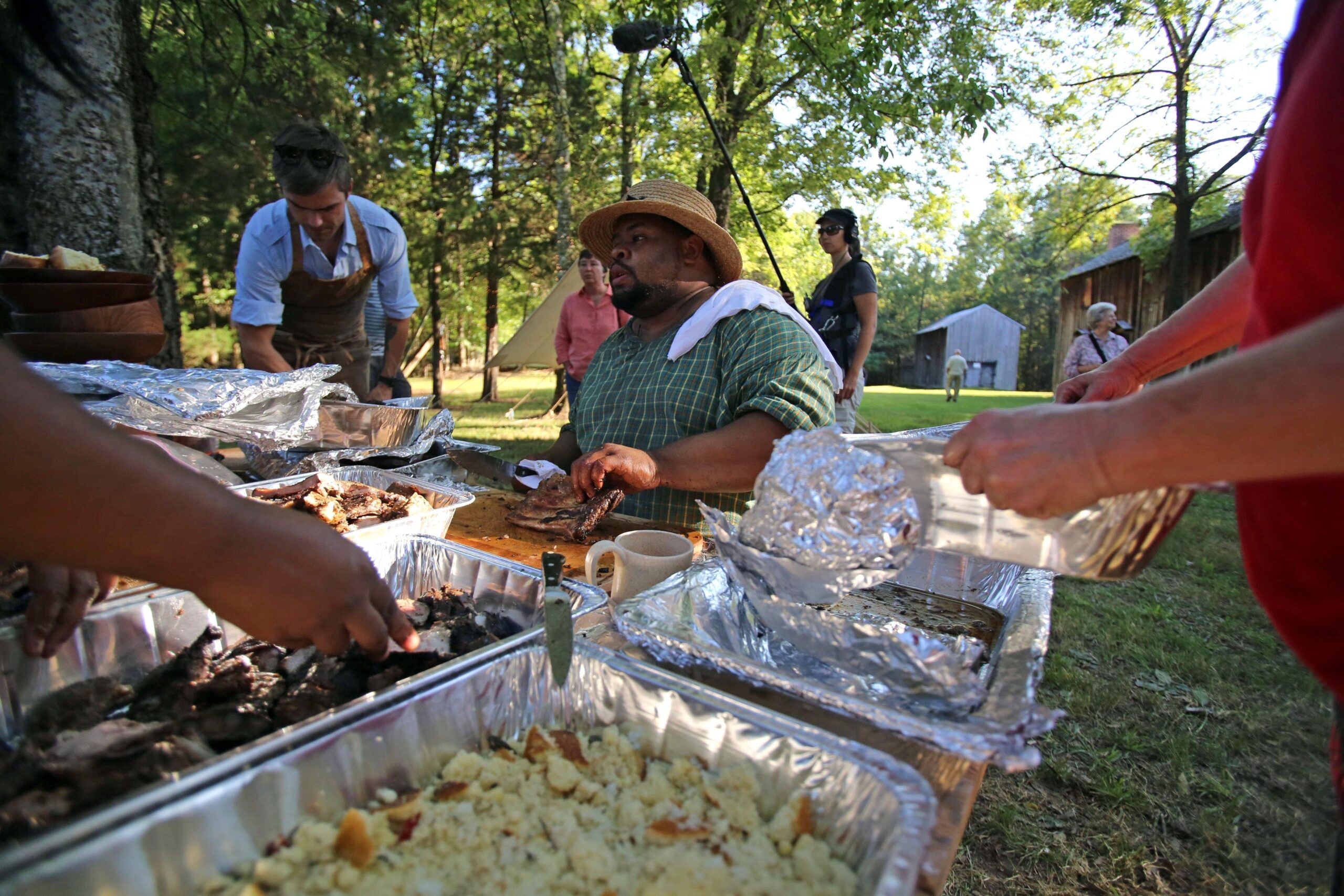 For Twitty, writing about rice is an opportunity to put the theory of unity through education and shared experience into practice. For him, highlighting how an ingredient can touch all of us proves just how much we have in common.

Ultimately, if we have respect and a greater appreciation for where what we eat comes from, we can grow closer together. So long as we’re willing to reach out and take the first step, our food really can be the ultimate unifier.

Rice: a Savour the South Cookbook is available from March 1st 2021. You can buy The Cooking Gene on Amazon.

*Black History Month – to fully understand the present, we must educate ourselves on the past.