Nigella Lawson was left a little red-faced after trying out her very own hot cross buns recipe today.

In a Twitter post, the legendary cooking queen shared a snap of her "ramshackle" hot cross buns with her loyal army of followers.

Even though there's more to food than how it looks, it's clear from Lawson's reaction that she wishes her pastry was at least slightly more photogenic.

In a post to her Twitter feed, Lawson was apologetic about the state of her scruffy hot cross buns. As she explained in the original caption: "Hot Cross Buns are #RecipeOfTheDay! I make mine slightly smaller than is traditional, though of course make them bigger if you want.

"And I am only slightly embarrassed by their ramshackle appearance: homemade doesn’t need to look shop-bought, after all!"

Another issue of contention seemed to be the size of the buns, which is certainly smaller than normal. As Lawson affirms in the introduction to the full recipe on her website:

"I make my hot cross buns slightly smaller than is traditional. Don't know why, just like them that way, but you form them the size you want, please."

The size discrepancy and slightly untidy finish may put some people off, but since this is a Nigella Lawson recipe, you can pretty much guarantee that the end result will be delicious. 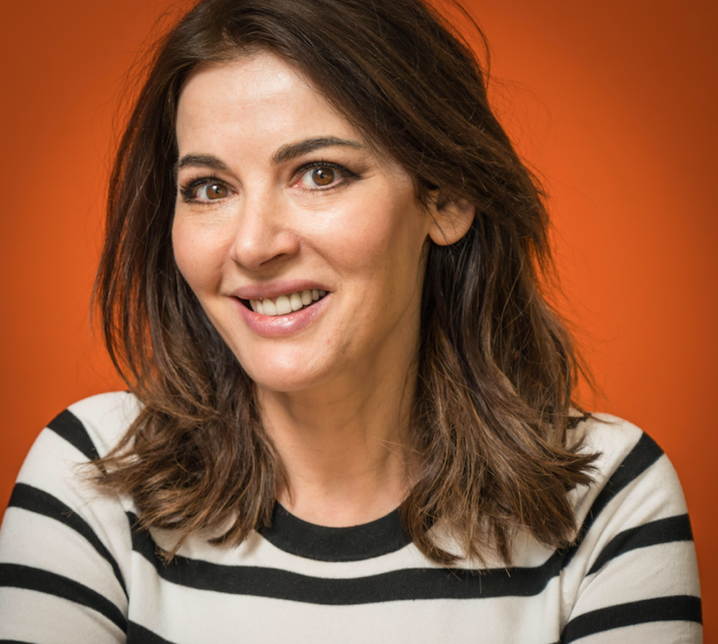 "Are you kidding? They look divine!"

Despite Lawson's doubts over the aesthetics of her buns, her Twitter fans were quick to show their support. Several weighed in with positive comments, both on the recipe's size and appearance.

One Twitterer wrote: "Are you kidding? They look divine!"

Another added: "I love the look of them and quite possibly they are close to the original size. Lovely :)"

Several others shared their own efforts at home-based bun-making. One user posted a snap of nine monstrous hot cross buns with the caption, "Mine from the weekend .... I went large."

READ MORE: Why were hot cross buns banned and what is their religious meaning?

Given all the genuine disasters that can occur when baking, Lawson's slight embarrassment about her efforts is probably quite a dramatic overreaction. Still, when you're used to serving up perfection even a slight mistake can seem like a big deal.

Lawson's recipe includes classic hot cross bun ingredients like milk, orange zest and spices. She also insists to anyone using the recipe that they incorporate strong bread flour, rather than ordinary plain as per her suggestion.