Pink Sweats is a proud Philadelphian.

It follows, then, that when it comes to his food, the 28-year-old RnB singer-songwriter likes nothing better than a taste of home. This is even more important when he's battling a hangover.

To help provide Pink Sweats with some inspiration for the next time he's in recovery mode, we made him an extra special snack for our exclusive Hangin' With series.

In fact, it was so overwhelmingly delicious, that the artist had to take his trousers off before he could it. It was just as surreal as it sounds. 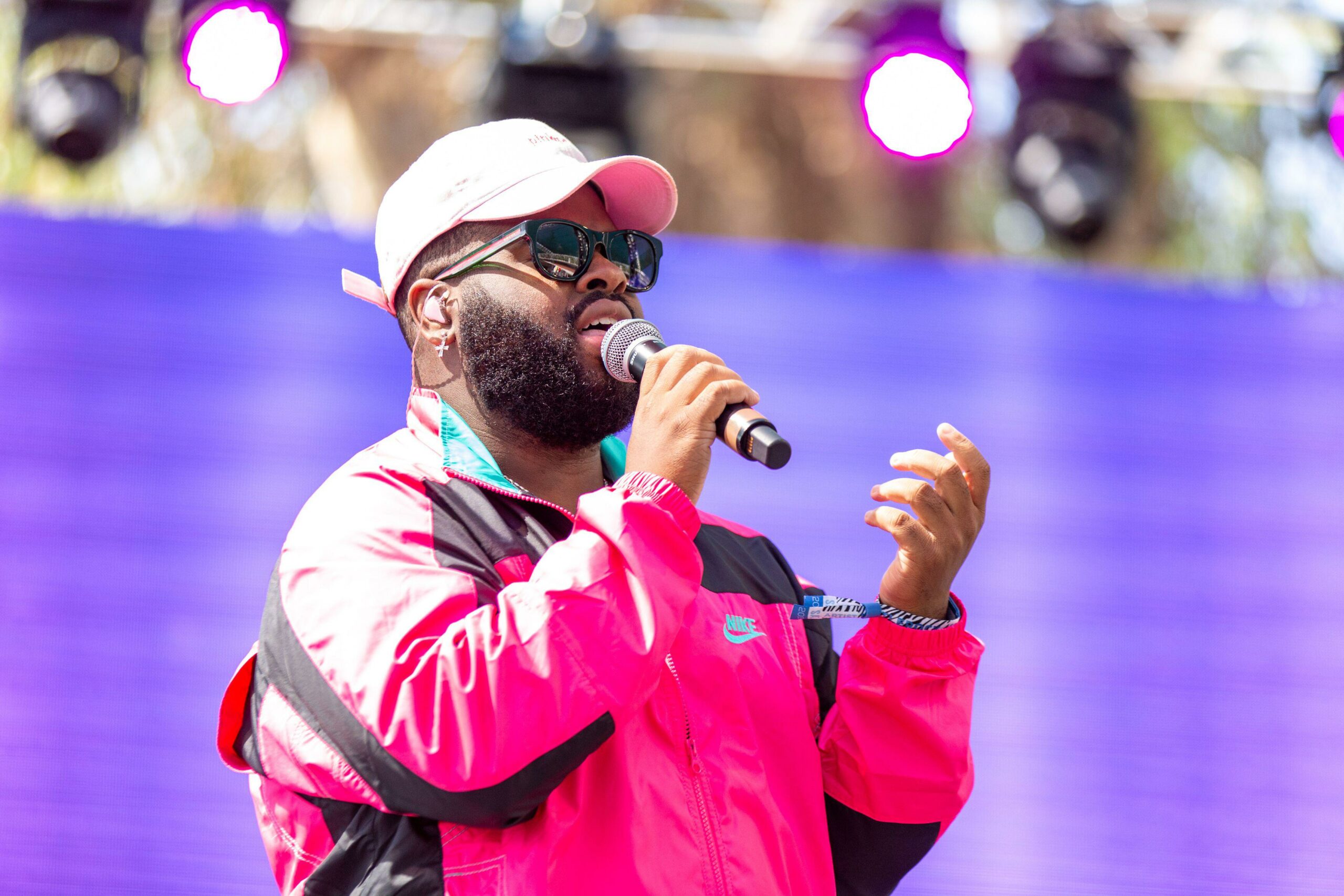 Food features heavily in Pink Sweats ideal hangover experience. As he explains to us at the start of our interview:

"My perfect hangover day would be: I wake up, search for my phone - you just wanna see the time - and then I pretend like I'm about to get up.

"After that, you try to order some Postmates. So, like, I order 10 waters, a burger, some pizza, some wings, just 'cause you want to bite each thing...

"Then you puke that up," he laughs, before jokingly adding, "post-puke, you just want to make sure all your body parts are still working... You never know!"

Despite his obvious enthusiasm for edible hangover cures, Pink Sweats doesn't fancy himself much as a cook. As he explains it:

"I'm more of an 'economy stimulator'. I don't wanna be selfish and be in the house cooking when I could stimulate the economy.

"You have restaurants - they are waiting there to cook for you! That's a job! Why would I want to steal someone else's job?"

Not all heroes wear capes, and all that. 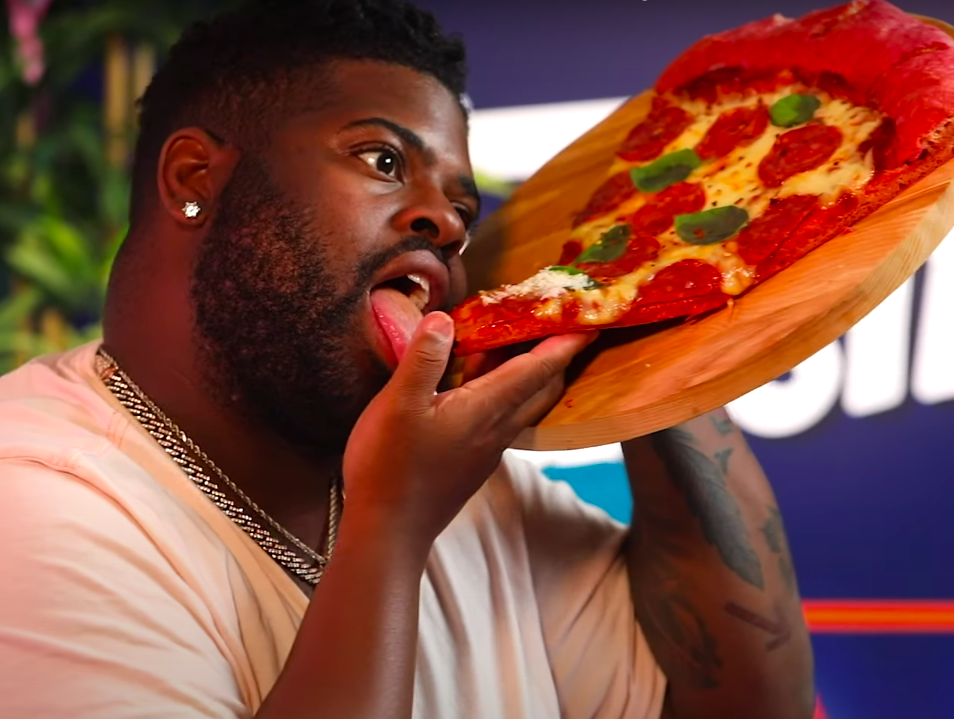 Pink Sweats was a fan of our cheesesteak pizza (Credit: Twisted)

Although he cites pizza as his go-to hangover cure, Pink Sweats prefers other treats when he's not in a bad way.

In particular, when he's back in Philly, the Honesty singer has a slightly masochistic soft spot for cheesesteak specialists Dalessandro's. As he explains:

"I think it's the meat. And then they put (on) all the peppers and stuff. And they're kind of mean, so that makes it more enjoyable...

READ MORE: Incredible hangover cures from around the world

But it isn't just comfort food classics that hold a special place for Pink Sweats. In fact, he derives just as much please from something as seemingly simple as a grape. Later in our interview, he goes on to reveal:

"My favourite food when I'm writing is probably grapes. There's something sexual about a grape.

"If you're making good RnB music, it's just lit," he chuckles, miming eating a bunch of grapes.

In order to bring a flavour a Philly to East London, the interview is also accompanied with a very special slice of the City of Brotherly Love.

To put Pink Sweats at ease, we've prepared a giant, bright pink pizza slice. The slice itself is stuffed with a cheesesteak mix of beef, cheese and peppers, and is topped with a tomato sauce, mozzarella and pepperoni.

When this main course arrives, it becomes clear that Pink Sweats has a very particular approach to eating.

Whether it's because he feels intimidated by the size of the slice, or because it's just an important part of his eating ritual, the singer insists on taking his trousers off before taking a bite. As he puts it:

Comfort food is, after all, all about comfort. Why should you let clothing get in the way of having a good time?