A shocking viral video has had takeaway fans up in arms after seemingly suggesting that some pizzeria employees might be stealing your dinner.

The clip, originally posted by TikToker Lonely Pepperoni, has seriously disturbed the Internet, revealing how easy it is to potentially swindle a free slice of pie.

In the aftermath, fans have felt torn over whether they would notice the missing slice or if in fact they really have been fooled for years. Many hungry takeaway lovers are now understandably paranoid about all the pizza they might have been denied. 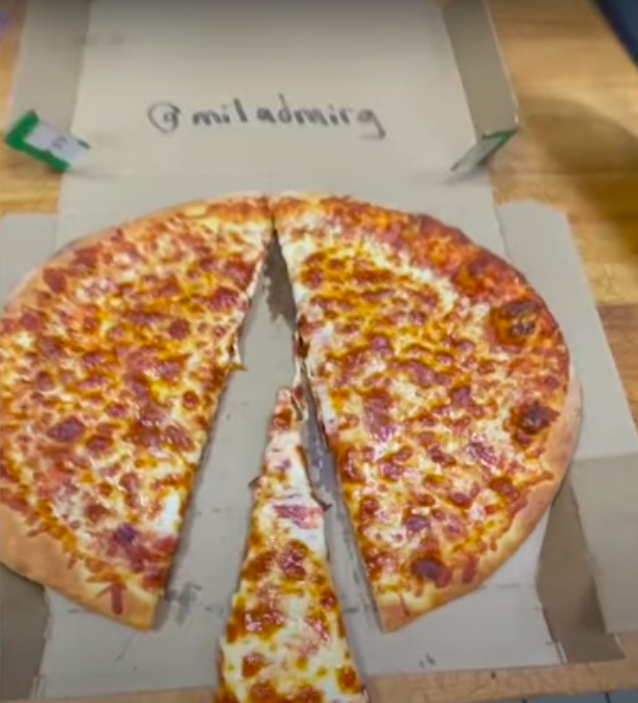 The hack involves removing a central slice from the pizza (Credit: TikTok/@lonelypepperoni)

Pizza hack reveals how easy it is to steal a slice

In the original video, which is no longer on TikTok along with the entire Lonely Pepperoni account, a pizzaiola expertly removes a large slice from the centre of a pie.

The hack itself involves cutting out a thin central triangle and pushing the two halves back together. Despite the tampering, it's surprisingly difficult to tell that any pizza has been removed at all.

Watch the video here to see if you could spot the difference:

In the original clip, which had over 30,000,000 views, two employees discuss whether the con will work.

At the start, an anonymous voice claims "nobody’s going to know". A second voice responds: "They’re going to know." However, once the final product appears on screen, it's hard to argue with the trick. 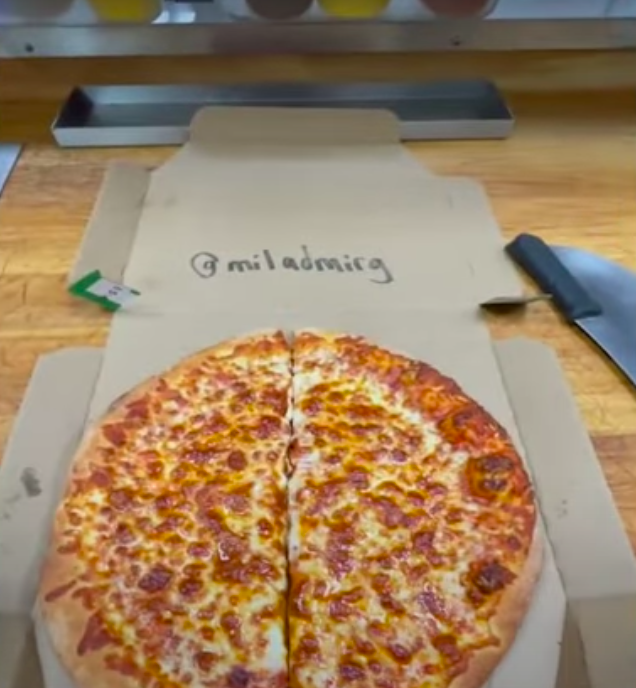 When the pizza is pushed back together, it's difficult to tell anything has happened (Credit: TikTok/@lonelypepperoni)

Understandably, the implications of the TikTok clip are seriously disturbing many pizza lovers. In fact, before the video disappeared from the platform, thousands of people flooded the comments section, voicing their concerns.

Several people made it clear that they'll find it difficult to ever trust their takeaway again. As one person put it, "Now I have trust issues." Another added: "My trust issues have been raised 999999x."

However, reaction towards the scam wasn't totally negative. As one commenter on YouTube put it: "Dude just made himself a slice for lunch. Chill out".

READ MORE: Homeslice reveals what it takes to serve the biggest pizza in London

Despite the uproar that the clip has caused, there's very little evidence to suggest this practice is widespread. However, given how convincing the deception is, it may stick in the back of our minds for some time.

Pizza lovers – you have been warned. If your pie is slightly smaller than expected, there may be a nefarious explanation.