Quavers' prawn cocktail and salt and vinegar flavours are officially back.

Anyone who ever tasted salt and vinegar and prawn cocktail Quavers know that they represent a high point for snacking. A wildly popular member of the 90s snack fraternity, the potato crisps were a worthy rival to the cheesy originals.

Their removal understandably annoyed fans everywhere. Thank goodness, then, that the iconic flavours have made a comeback today (January 15). 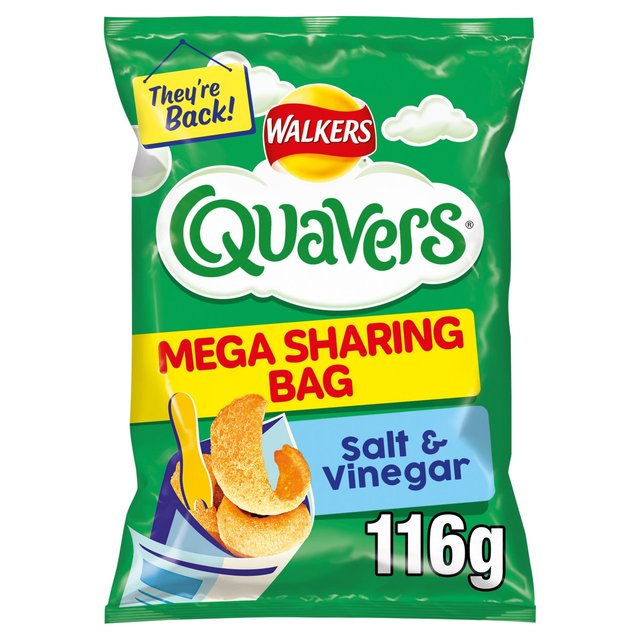 Quavers' prawn cocktail and salt and vinegar flavours are officially back (Credit: Walkers)

The return of prawn cocktail and salt and vinegar Quavers

Fans of both salt and vinegar and prawn cocktail Quavers are now able to relive their snacking dreams, starting today.

In an excited statement, manufacturers Walkers confirmed that fans can now "Snack like its the 90s again" thanks to the much-anticipated rerelease.

In the statement, the brand said: "Walkers iconic prawn cocktail and salt and vinegar flavours are officially back on shelves nationwide from January 15.

"Sitting on the [shelf] alongside the classic cheese flavoured snack, the light and tangy prawn cocktail, and sharp and sweet salt and vinegar flavours will boast Quavers’ signature curly shape and crunchy, melty texture and will catapult snackers back to the 1990s when they were in their heyday."

The return of the crisps has come about after a carefully orchestrated fan poll of iconic crisp flavours.

As the Walkers statement explains, over 190,000 votes were cast in just two days. This led to the decision to reinstate both flavours as part of the nostalgic campaign. 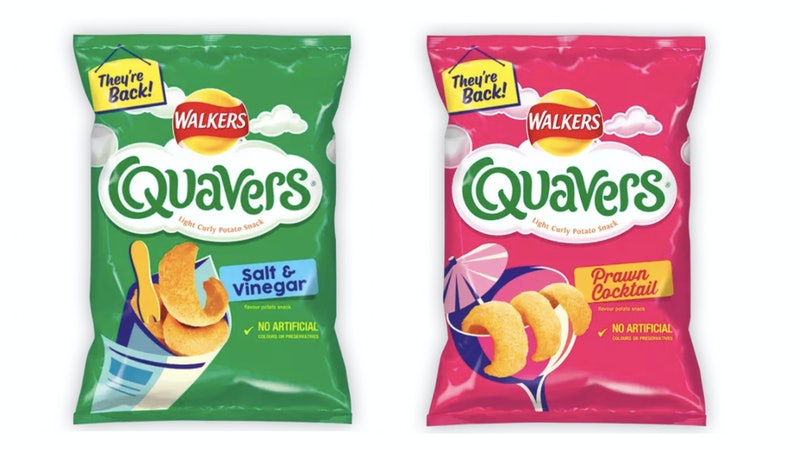 Where can I get Prawn Cocktail and Salt and Vinegar Quavers?

Fortunately for diehard snackers, the new treats will enjoy a widespread release.

The promotion will take place nationwide and will include major retailers such as Morrisons, Tesco, Asda and Co-Op.

READ MORE: You can get free KFC when you buy Walkers crisps

Walkers spokesperson Will Robinson revealed how excited the whole team were by the situation, stating:

“After being inundated with requests, tweets and petitions over the years, we know just how excited everyone is going to be to try these legendary flavours again.

"Following a challenging 2020, I’m sure we could all benefit from a moment of Quavers floaty light enjoyment, and I’m personally looking forward to snacking like it’s the nineties again!”