Who is Ravneet Gill? New Junior Bake Off judge and Prue Leith's replacement

Filling the sizeable shoes of presenting royalty Prue Lieth, Ravneet Gill has made a splash on this year's Junior Bake Off.

The pastry chef, cookbook author and columnist has been a huge hit with fans since making her debut. However, despite her success, many still consider Gill to be a bit of an unknown quantity.

To help shed some light on her incredible career, here's everything you need to know about Ravneet Gill. 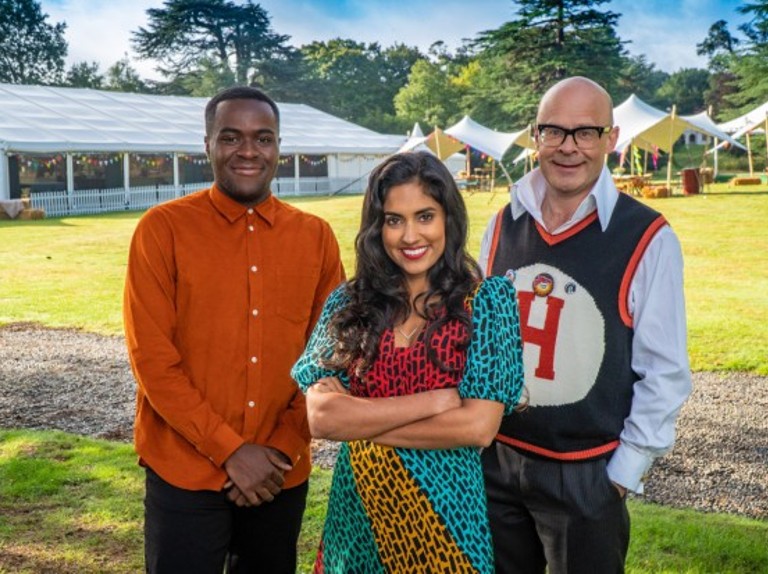 Who is Ravneet Gill?

Before joining the Junior Bake Off team, Ravneet Gill worked as a successful pastry chef at a slew of top London restaurants.

Her CV includes stints at the likes of St John, Black Axe Mangal and Wild by Tart, working with some of the most innovative chefs around.

Following her time in the kitchen, Gill set up the Countertalk organisation. According to Ravneet Gill's website, the platform is "...designed to help connect chefs, provide education and promote healthy work environments in the hospitality industry".

In addition, the Gill has recently published her first cookbook, titled "The Pastry Chef's Guide: The Secret to successful baking every time".

The book has been extremely well-received and has established Gill's credentials as a star of the future. 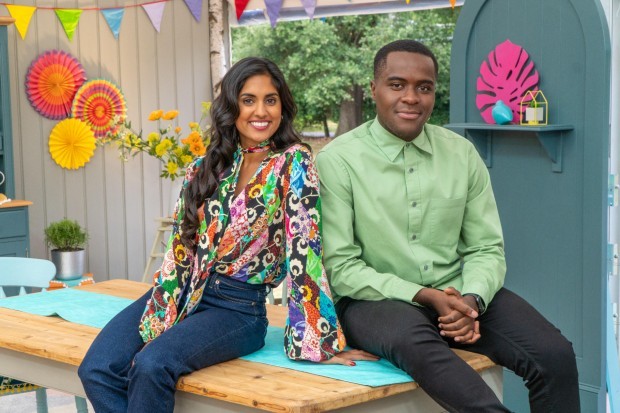 Ravneet Gill has made a splash on this year's Junior Bake Off (Credit: Channel 4)

Has Ravneet Gill been on other cooking shows?

Despite enjoying an extremely varied career, Junior Bake Off is Ravneet Gill's first foray onto the small screen.

However, although doesn't have a long TV track record, her work with Countertalk has provided plenty of presenting experience.

For example, through her work with the organisation, Gill has hosted dozens of industry-specific talks and networking events. In an article for Great British Chefs, Gill explains:

"We run industry nights for people to network and get to know one another, and we send out weekly newsletters with job alerts and helpful information.

"Our educational food-based events have also proved popular – we subsidise the ticket price so it's affordable for people in the industry!"

Given this track record, it's small wonder that she's a natural. 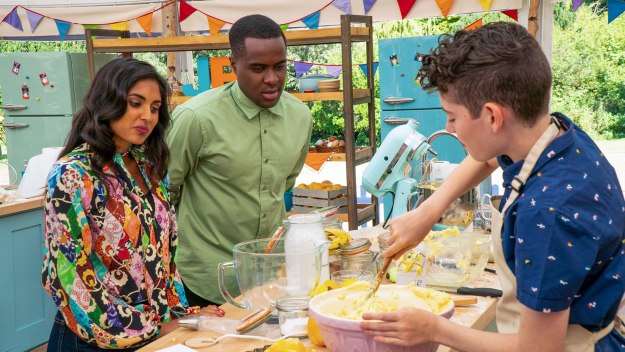 Ravneet Gill has worked as a pastry chef at a slew of top London restaurants (Credit: Channel4 )

Is Ravneet Gill on social media?

Like many modern chefs, Ravneet Gill has an extensive social media presence.

On Instagram, she has a whopping 68,000 followers and unashamedly describes herself as a "Biscuit Influencer". Her account is a compendium of delicious treats, featuring videos, recipes and articles.

However, despite her dedicated following on Instagram, Gill is strangely absent from Twitter. While it's not clear why she doesn't have a Twitter presence, her Instagram provides more than enough to get your teeth into.

The 27-year-old chef is not forthcoming about her marital status. However, the subject of marriage has historically been a sensitive issue in her career.

In an interview with the website Whistles, Gill revealed, "As a female chef, you’re often in the minority – I was told early on to wear a wedding ring to avoid harassment."

This may explain why she seems understandably unwilling to draw attention to her personal relationships. 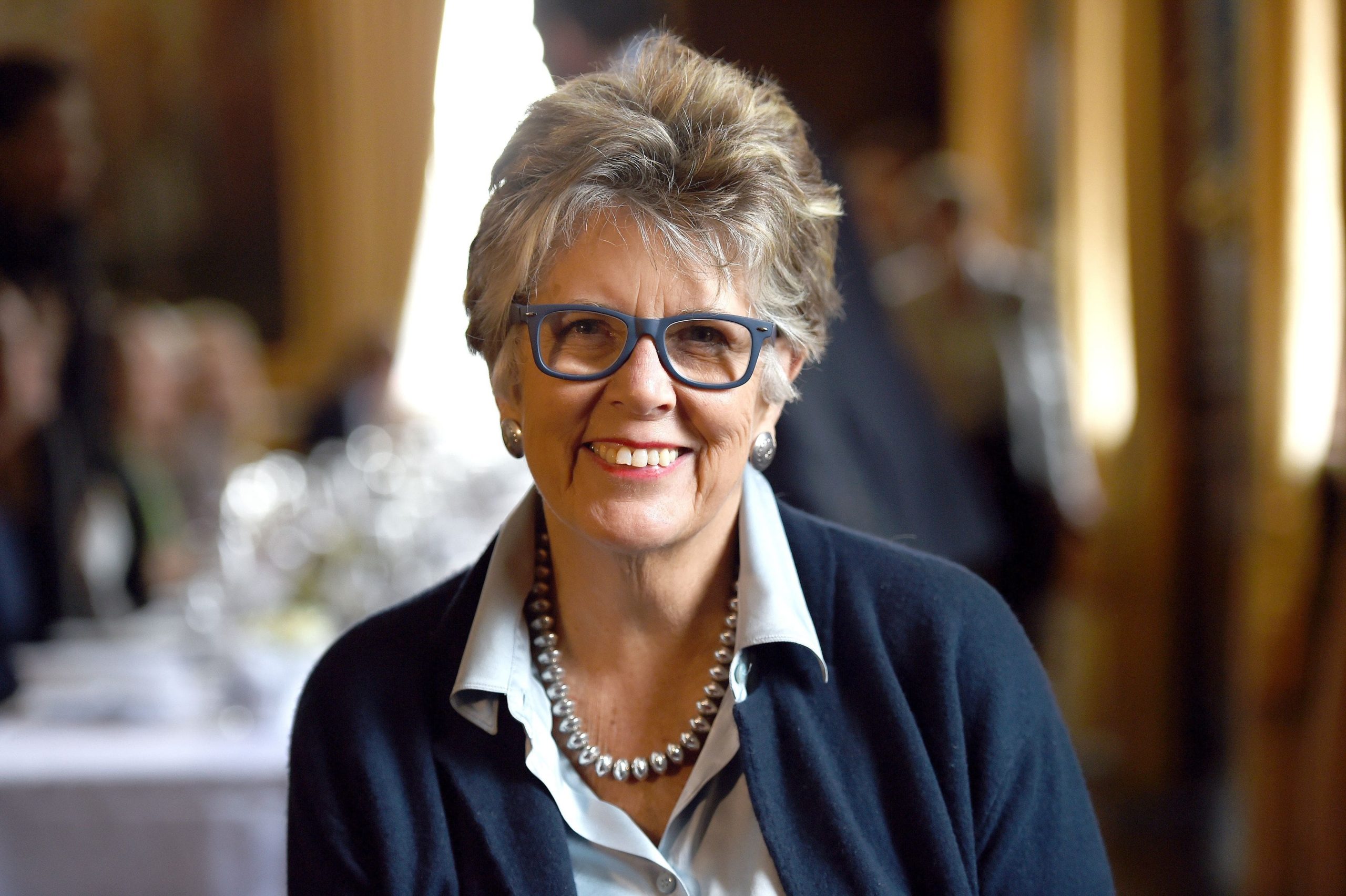 Prue Leith was unable to present this year's show due to scheduling conflicts (Credit: PA)

What happened to Prue Leith?

Although Ravneet Gill has been a welcome addition to Bake Off, many fans have been vocal about Prue Leith's absence.

However, despite calls for her to return, a scheduling conflict has forced Leith out of the picture for this series.

READ MORE: 11 of the greatest female chefs from around the world

"I am so sorry not to be doing Junior this year, delays to filming (mean) that there was a clash with schedules. But I’m delighted to welcome Rav to the Bake Off family and hope she enjoys working on the show as much as I have."

Although Leith has not returned for Junior Bake Off, there are no indications that she will miss the main event. Baking fans everywhere will no doubt breathe a sigh of relief.