Should you tip delivery drivers? Why the debate is more complicated than you might think

The question of whether you should tip delivery drivers is more contentious than you might imagine.

This week, a video uploaded by TikToker Riley Elliott went viral after he made a tearful plea for more financial support from customers.

The video quickly racked up millions of views, raising awareness of the many difficulties facing delivery drivers during the pandemic.

For those who haven't seen it, Elliott's video is a heartbreaking reminder of the economic trauma wrought by the pandemic and the many issues with our current system.

However, as with anything, the debate around tipping is actually far more complicated than it might seem on the surface. Here's why. 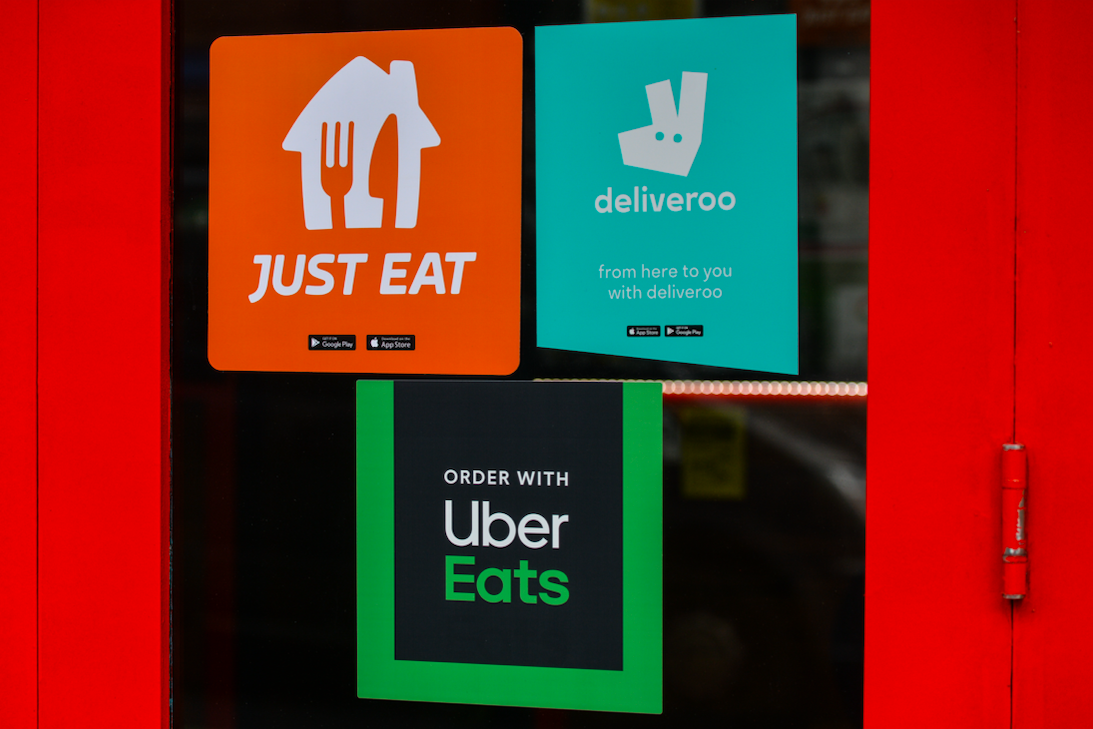 Whether you should tip delivery drivers is more contentious than you might think (Credit: PA)

Should you tip delivery drivers?

In his video, Elliott explained how he had received just $2.50 for a recent 45-minute delivery trip. However, he also had to shell out $3 for parking as the customers wouldn't meet him outside and only offered a $1.50 tip.

The incident was clearly just the latest in a long line that has left Elliott feeling increasingly desperate. As he explained in the clip:

“I gotta prove three times rent for income in two weeks and I can’t. It doesn’t matter that I’m working multiple jobs, that I barely sleep, that I can barely afford to feed myself.

"I’m about to be homeless for the third time since May and it’s all because people don’t tip their delivery drivers. Like, how hard is it to throw us five bucks?”

It is impossible to watch the video and not feel sympathy for Elliott's predicament. As many commenters on social media agreed, supporting the food industry through these testing time is arguably more important than ever.

However, while no one is arguing that the delivery driver's income is sufficient, there is significant debate over who is responsible for covering the shortfall.

Many questioned whether the problem had nothing to do with insufficient tipping, instead wondering why Uber Eats are paying Elliott a $2.50 wage. As one Twitterer put it: "Where is your anger for the multi-million dollar delivery/food/service industries who refuse to pay their workers properly?

"The onus should not be on the customer to supplement the person’s wage. Companies shouldn’t treat American service workers like shit. Pressure them."

This explains why settling the tipping debate is much more complicated than it might appear. 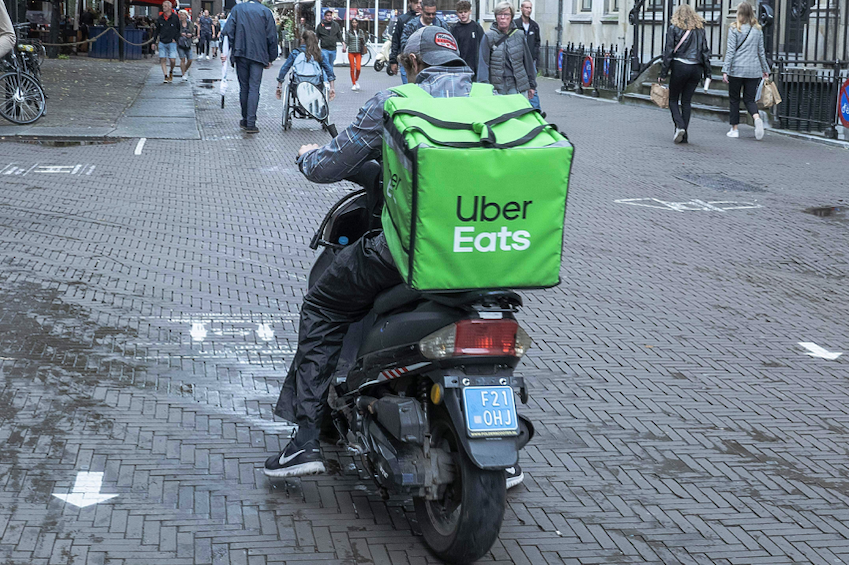 The basic salary for a delivery driver is a real issue (Credit: PA)

How much are delivery drivers paid?

There are several issues to consider when it comes to fair pay. The first is how delivery companies like DoorDash, Deliveroo and UberEats actually pay their workforce.

One of the main points of contention is that most delivery services do not provide a conventional salary. Instead, earnings are calculated based on several co-dependent factors, almost all of which are beyond the driver's control.

The result is that an Uber employee's earnings may vary dramatically from one day to the next. This makes it extremely difficult to guarantee a consistent income.

READ MORE: Are takeaways open and how safe is it to order takeout food?

The efficacy of this approach to paying your workforce has been questioned many times. In 2016, for instance, both Deliveroo and Uber Eats drivers staged protests over both base rates of pay and employment status.

As a result, the UK High Court recently ruled that Uber drives should be treated as employees and deserve benefits like a minimum wage and annual leave.

This ruling not only has serious implications for the so-called gig economy, but also for the argument that it is up to customers to pay Uber and other delivery drivers adequately.

However, while the UK ruling is just one example of countries recognising the plight of some delivery drivers, the fact is that change is often a long time coming. Until wholesale change is implemented, the truth is that many delivery personnel remain inadequately paid.

The reality, therefore, is that, at a time when money is tight across the board, anything that can be done to support the food industry at all levels is probably a good idea.

This doesn't change the fact that, ultimately, big companies have to step up to the plate. But until then, if customers are able to support drivers, they probably should. 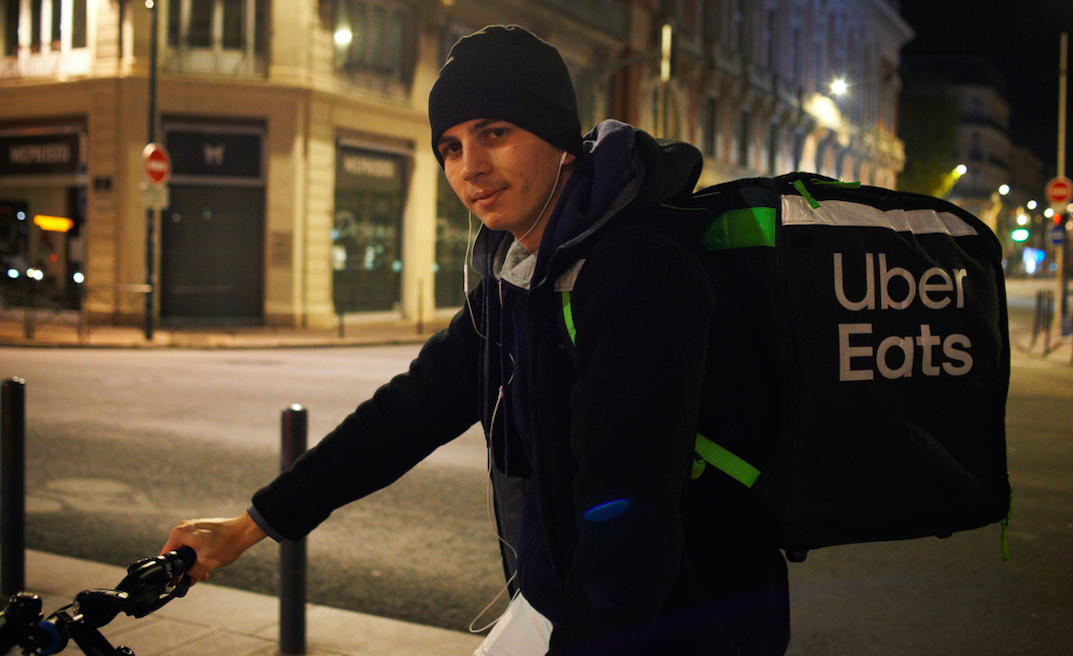 How much you should tip can vary enormously from country to country (Credit: PA)

How much should you tip delivery drivers?

Even if you've established whether tipping is the right thing to do, there are still some serious questions to answer.

Tipping is a controversial topic at the best of times. Usually, this is down to complex cultural differences that dictate what is and isn't appropriate.

In America, for instance, tipping is baked into the culture, to the point where tips are seen as essential in supplementing a salary.

By contrast, in Britain, tipping seen as a reward for going above and beyond, rather than an obligation. These different attitudes can cause awkwardness even when you aren't trying to navigate the backdrop of a global pandemic.

Food delivery adds an extra complication to things. For example, in the current climate, there's the question of whether tips should be given in cash or electronically.

READ MORE: When will restaurants reopen? Everything you need to know about eating out again

However, the most pressing question is often what is or is not the correct amount to tip.

In countries like Australia, for instance, tipping any amount at a restaurant or bar is actually relatively uncommon. Meanwhile, in Canada or the USA, between 15 and 20% might be the absolute minimum expected of a customer.

These lines become even more blurred when it comes to delivery. In the UK, a meal out would probably incur around a 10% gratuity fee.

However, according to a recent report by the BBC, delivery drivers rarely receive more than £2 - regardless of order size. All this makes guessing the correct amount incredibly complicated.

Generally speaking, it seems reasonable to suggest that you should tip whatever you would in a restaurant. Given the effort often involved in peddling your meal to your door, this feels suitable.

However, given the many complicated feelings around tipping, it's clear that the solution certainly isn't straightforward.