In a special campaign for Pride Month, Skittles has taken the dramatic step of removing its signature rainbow theme in place of a monochrome grey design.

The popular sweets, which usually display the iconic 'Taste The Rainbow' slogan, has pledged its support to the LGBTQ+ community.

Skittles' new promotion sees the Mars-owned company collaborate with LGBTQ+ rights campaigners GLAAD. The design aims to raise awareness of LGBTQ+ issues and ensure that only one rainbow takes centre stage during pride.

As Skittles explain in its original tweet: "During PRIDE only #OneRainbow matters. That’s why we are giving up our rainbow to support the LGBTQ+ community!"

The brand's message of support continues: "For every SKITTLES Pride Pack sold we are donating $1 to @glaad. Available on http://Walmart.com, http://Target.com, & other retailers nationally soon!"

READ MORE: Ben & Jerry's reveals why the brand is so political and will never 'just stick to food'

Further details from the campaign were provided by GLAAD CEO Sarah Kate Ellis. In a detailed statement, she explained: "The funding that GLAAD receives from the Skittles Pride Packs will support our news and campaigns program, which tells culture-changing stories of LGBTQ+ people and issues across the media year-round.

"This year when many LGBTQ+ people will be unable to gather at large Pride events, it’s so important that brands, notables, and other allies find authentic and creative ways to show that they stand with our community.” 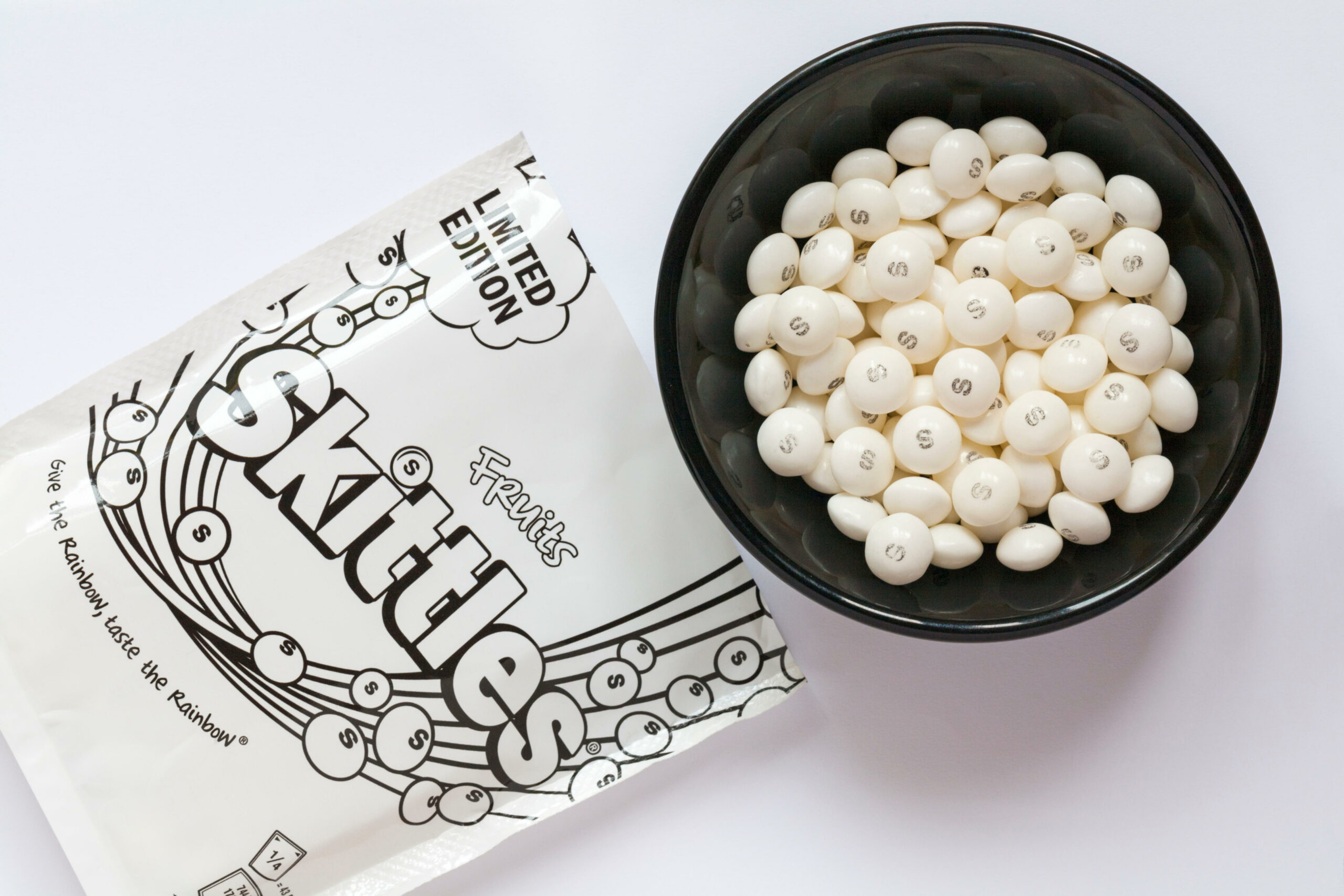 Many Skittles fans will be well aware that this isn't the first time the brand has pledged its support for LGBTQ+ rights.

In fact, Skittles has conducted a similar version of the colourless campaign every year since 2017, raising awareness and cash in the process.

However, the idea hasn't always been popular with the public. In fact, many people were openly hostile to the campaign when it first launched with critics pointing out that the use of "whiteness" to signify equality could be problematic.

Despite this reaction, the campaign clearly continues to be successful. As Hank Vizzo, Vice President of Marketing at Mars Wrigley explained in a statement: "We believe that giving up our rainbow means so much more than just removing the colours from our Skittles packs and we’re excited to do our part in making a difference for the LGBTQ+ community through our partnership with GLAAD, not only in June, but all year long.”

This suggests that colourless Skittles will be a feature of Pride for some time yet.