This pizza box is specially designed for eating pizza in bed

Two of the best things in life are staying in bed and eating pizza.

Even if you're lactose-intolerant or vegan, pizza is the way to go - with there being so many great options out there that it's hard not to be a little suspicious of anyone who doesn't love pizza.

When you get a pizza delivery on a Friday night in, not everyone is going to get out plates to dish out the food they've ordered. Instead, most of us will eat straight out of the box.

However, that does become a little more difficult when you want to go the extra lazy route and eat on your bed. 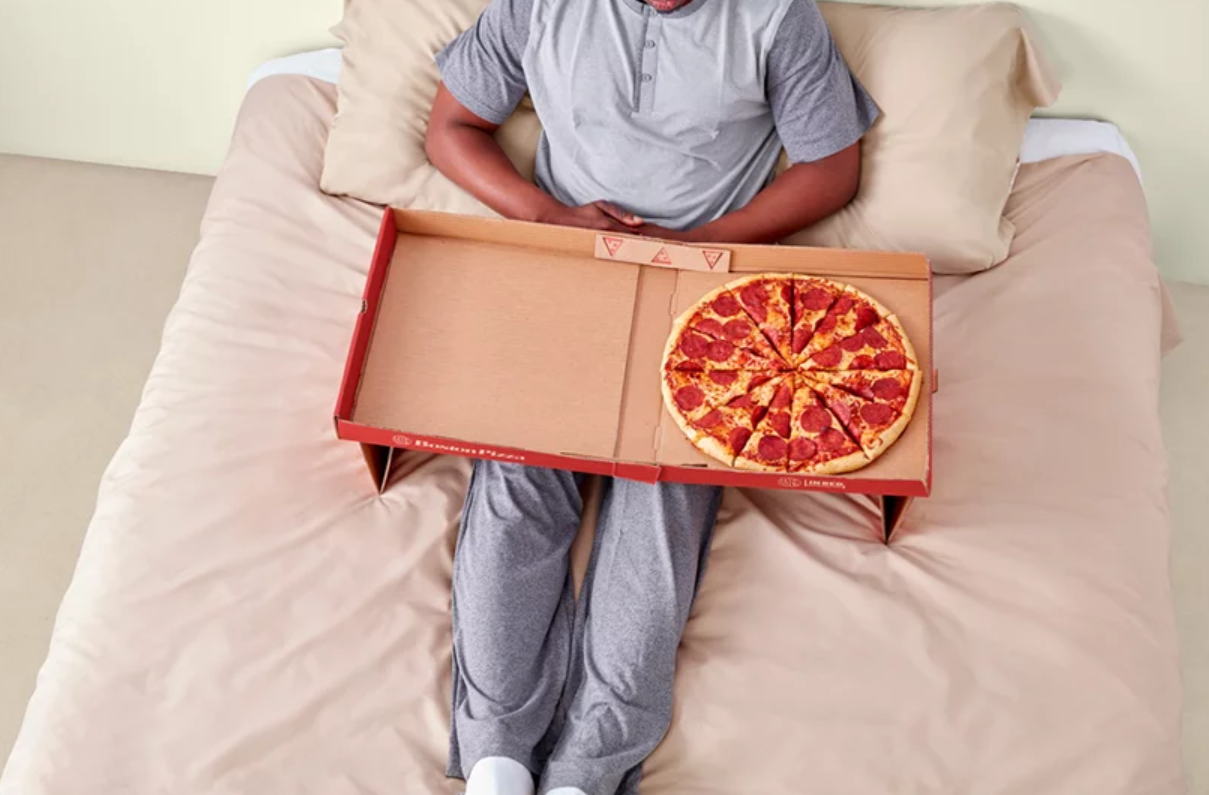 There's the worry of grease stains, both from the pizza itself and the box if you're unlucky. On top of that, reaching over to get a pizza sat on the end of the bed or on a side table means that you're not really settling in and getting comfy, which was the whole point of eating in bed in the first place.

Fortunately for us pizza lovers, Boston Pizza have an answer: the BP in Bed box.

Here it is in action:

The Canadian-based pizza company have created a simple yet ingenious way for us to eat pizza in bed without having to buy anything extra.

The same box your pizza is delivered in can be folded out to have its own legs, so it can stand up on its own - giving you easy access, optimal comfort, and no hot food/grease on your clothes.

This isn't the best news for those in the UK, who are still yet to get a chance to try Boston Pizza. But for anyone in Canada, Mexico or the United States - you might just have the most gloriously lazy option open to you for your next takeout night.