Generally speaking, we're against laughing at restaurants in a time of crisis. After all, no one likes to kick a business when they're down.

Sometimes, however, a restaurant is so ridiculous that it needs to be called out. While there's a time and a place for pomposity, demanding that people spend at least $100 just for stepping through the door seems to be a bridge too far.

Judging by the Internet's reaction to one particularly excessive steak restaurant, we're not the only ones who feel this way. 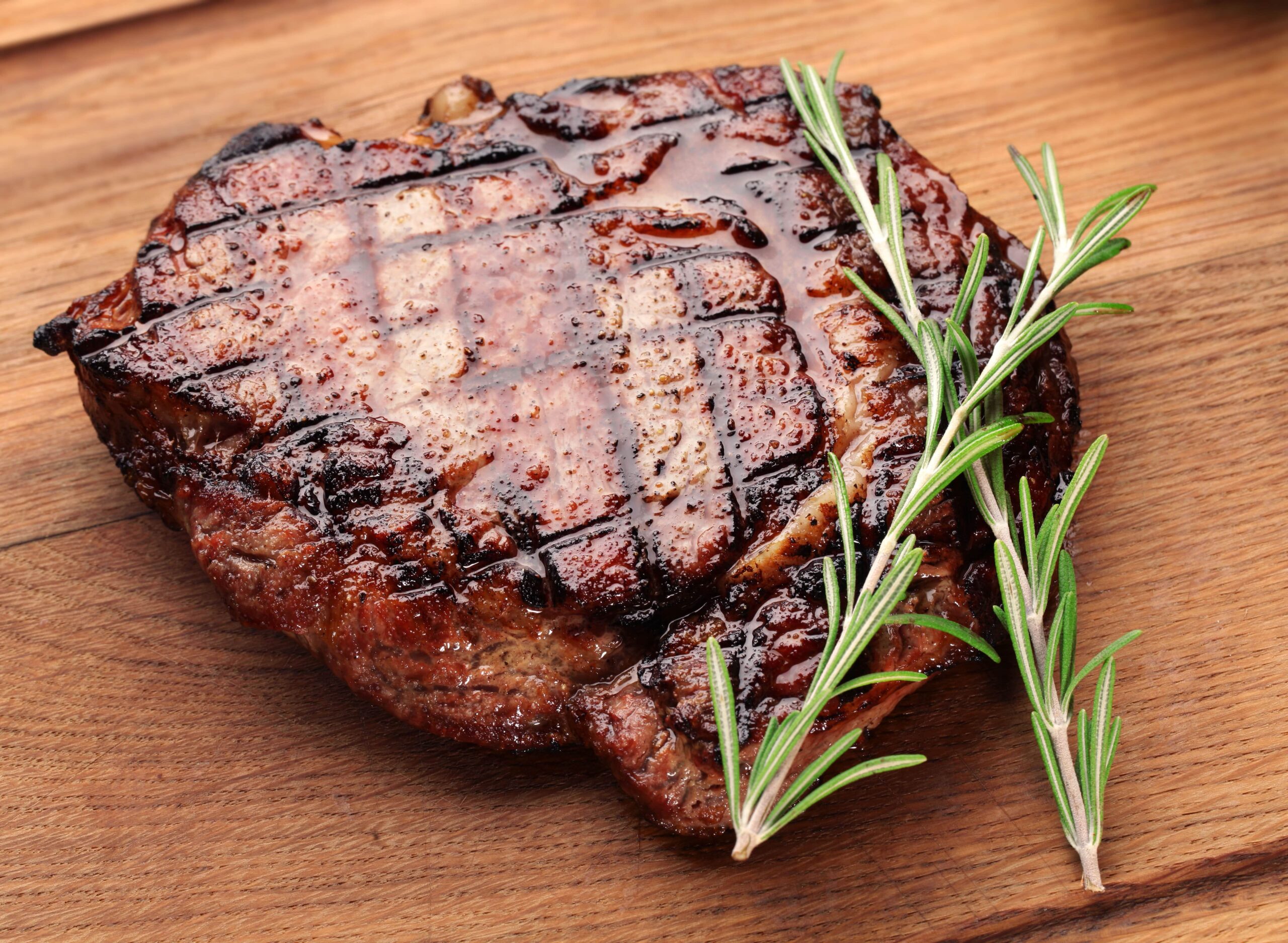 The strict pricing policy at a steak restaurant is drawing ire from the internet (Credit: Alamy/Valentyn Volkov)

Steak 48, which has branches in Philadelphia, Houston, Chicago, and North Carolina, calls for a “$100 per person food and beverage minimum". In addition, guests must conform to a strict dress code, banning "excessively revealing" clothes and "all hats for gentlemen guests".

READ MORE: We tried to cook steak in a toaster after the recipe went viral – here's what happened

According to the Steak 48 website, there is an explanation for the hefty price tag. As the restaurant explains: "There is a $100 per person food & beverage minimum for each person at your table in order to ensure that each guest enjoys the total experience of food, service, and atmosphere.

"This does not include tax or tip. We look forward to welcoming you."

Similarly, Steak 48 provides clear guidelines about does and does not constitute acceptable dress. According to the restaurant, unacceptable items include jumpers and t-shirts with large logos, bandanas and anything that reveals too much midriff or cleavage.

Needless to say, the policy hasn't gone down too well with the internet. 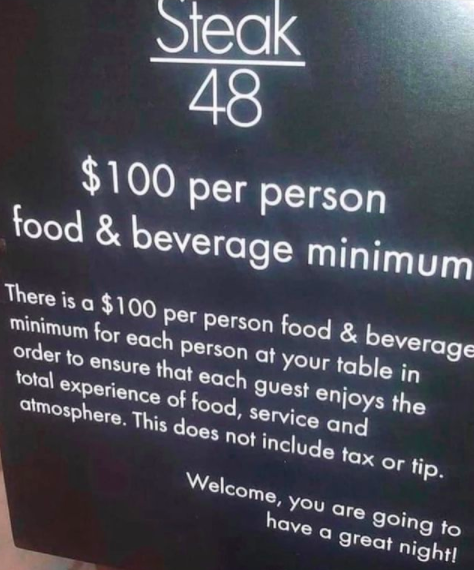 Many customers have been sharing photos of the policy on social media (Credit: Instagram/Jentrillion)

As soon as the restaurant's strict pricing and dress code policies became public knowledge, many potential customers began tearing it a new one.

Several shared memes suggesting that the requirements are equivalent to asking people to come dressed as 18th-century dandies.

Others hypothesised over what might happen if you tried to avoid the $100 minimum.

However, one of the main criticisms was the excessive price tags for some fairly standard dishes.

READ MORE: 6 delicious tips to cook the best steak – from fillet to sirloin to rump

In particular, Twitter users were baffled by a $34 portion of mac and cheese, which, according to the restaurant, is made with a "touch of Velveeta". Considering that it's perfectly possible to find a delicious steak for $34, let alone pasta and plastic cheese, many Twitterers were left scratching their heads.

As one incredulous poster put it: "Hold on look at the Steak 48 Mac and cheese. 'A touch of velveeta' ??? You’re charging that much and putting f*ckin velveeta in the macaroni? I can eat velveeta at home."

There is definitely a time and a place for buying an expensive dinner. However, judging by the internet's reaction, Steak 48 may have slightly overstepped the mark.