Super mom saves $16,000 a year by hunting for her family's dinner

Most mums pop down to the supermarket to get meat for their family's dinner - but Tui Mārama Keenan isn't like most mums.

Whenever the 40-year-old needs meat for a tasty meatloaf or rich stew, instead of going to the shop, she grabs her gun and heads out to hunt her food - a practice that reportedly saves the Keenan household of Te Tai Rāwhiti $16,000 a year. 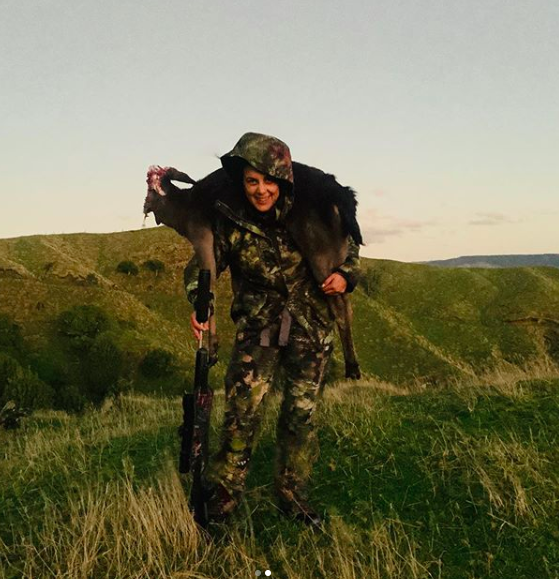 Tui, who is based in Gisborne, New Zealand, used to buy meat like most of the rest of us, but just over a year ago, she challenged herself to 'Operation Fill the Freezer,' a mission where she and her family would go 12 months without buying meat.

The former policewoman never used to be keen on using guns and used to "dread" target practice as well as the six-monthly qualifying shoot she was required to do.

However, she soon got into the spirit of it and now stars in Hunting with Tui, a show that follows her and her daughters as they tour hunting and fishing spots around the country.

Watch Tui at work in this video:

Though the mum-of-five had been on hunting trips with her husband before, it wasn't until she shot her first deer early last year that she became hooked. Nowadays, she hunts, shoots and butchers deer, along with pig, goat, rabbit, and crayfish, with her police officer husband Comrie.

The couple claim spending $2 on a bullet will provide $600 worth of meat for their family and Tui estimates they are saving $200-$300 a week, or $15,600 since they started a year ago, just by hunting and swapping meat for other products with friends.

Speaking about her love for hunting, Tui, who only kills animals for kai [food] and isn't looking for big game trophies from the practice, told the New Zealand Herald:

"I wasn't into it at all [when I was on the police force], I wasn't into guns. I got into shooting preparing for the show. I was at the range every night and the poor girls had to sit in the car and watch their mum target practice."

"When I give birth what happens to my body, what happens to every woman's body, is you get a rush of hormones and it's just like you're on a high. And that's exactly what happened when I shot my first deer. It was just a natural high, a natural instinct and something clicked inside me like, 'Hey, I've been created to do this', and I haven't turned back since.

"It's not only the hunting, or the shooting, it's connecting with the land and living off the land as much possible, that sums up Hunting With Tui, it sums the whole experience up." 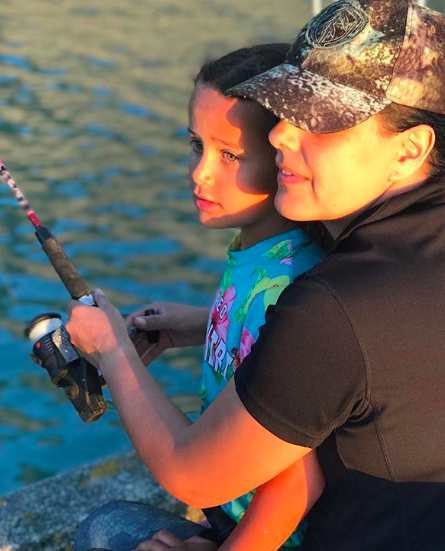 She added that her daughters have learned valuable lessons from the show, such as "being kaitiaki, or guardians" of the land.

Saying she believes it is everyone's responsibility to nurture animals, the land and the sea, the 40-year-old wrote on Facebook: "'I've learnt how to care and respect a kararehe [animal]. From transporting it, hanging it in a chiller for up to a week, skinning it properly, cutting it and bagging it correctly before freezing it.

"All of these steps affect the end product and taste. It makes me proud to teach my girls this whole process. I am grateful to live in a country where we can hunt on public land, our land for our food."