Waiting for the return of some of the world's best food festivals is easily one of the most exciting things about 2021.

It's fair to say that the last few months have been fairly disastrous for anyone who likes big crowds and communal meals. Things can only get better from here.

Fortunately, there are still a few iconic events in the calendar that should make next year infinitely more enjoyable. 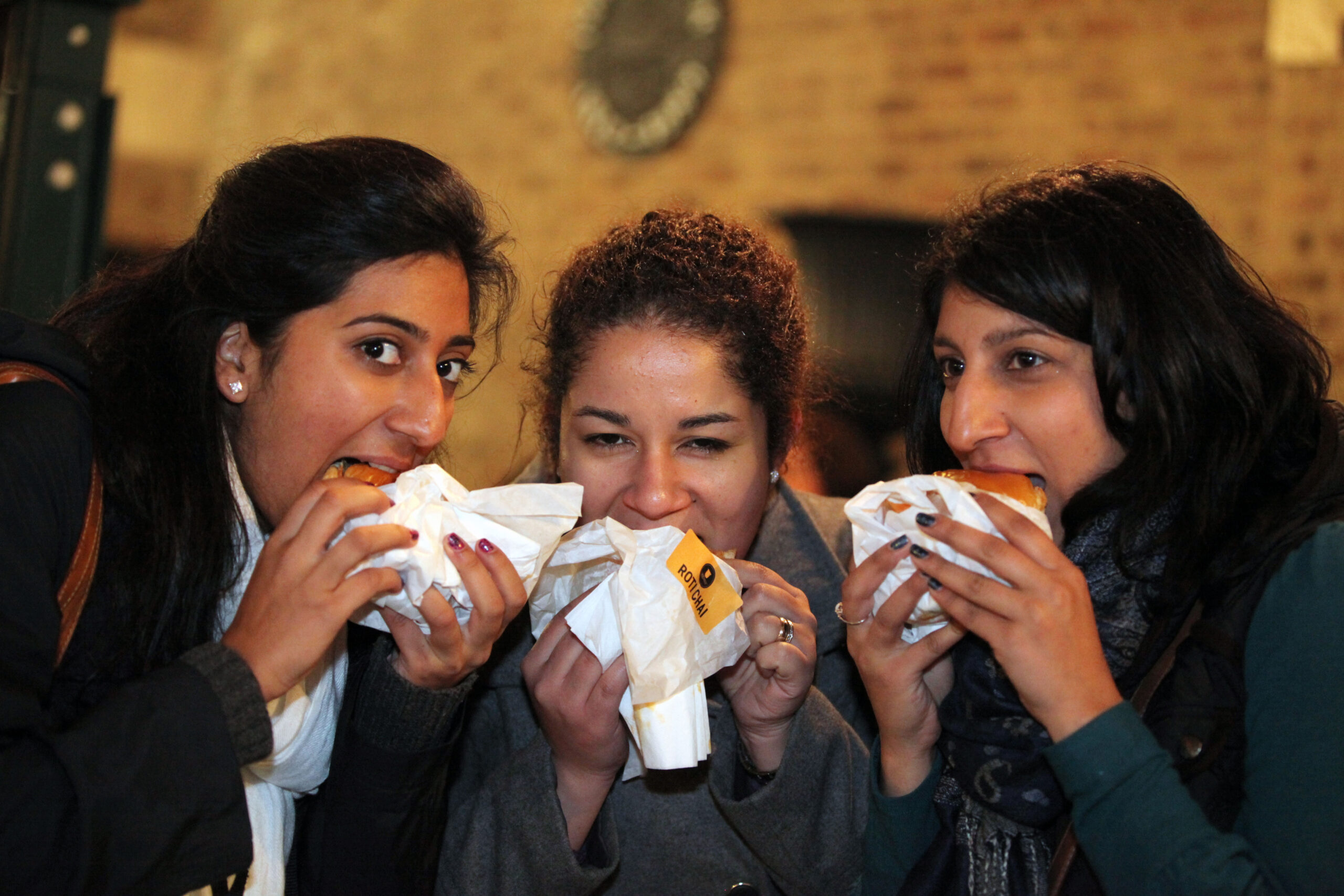 Food festivals are held all over the world (Credit: Alamy/Robert Clayton)

The best food festivals you should be visiting

To help make sure your reintroduction to foodie festivalling starts with a bang, we've prepared an extra special list.

Here, you'll find events ideal for anyone with an appetite for adventure. We can't wait for the next 12 months.

Here's our guide to the 12 best food festivals around the world. 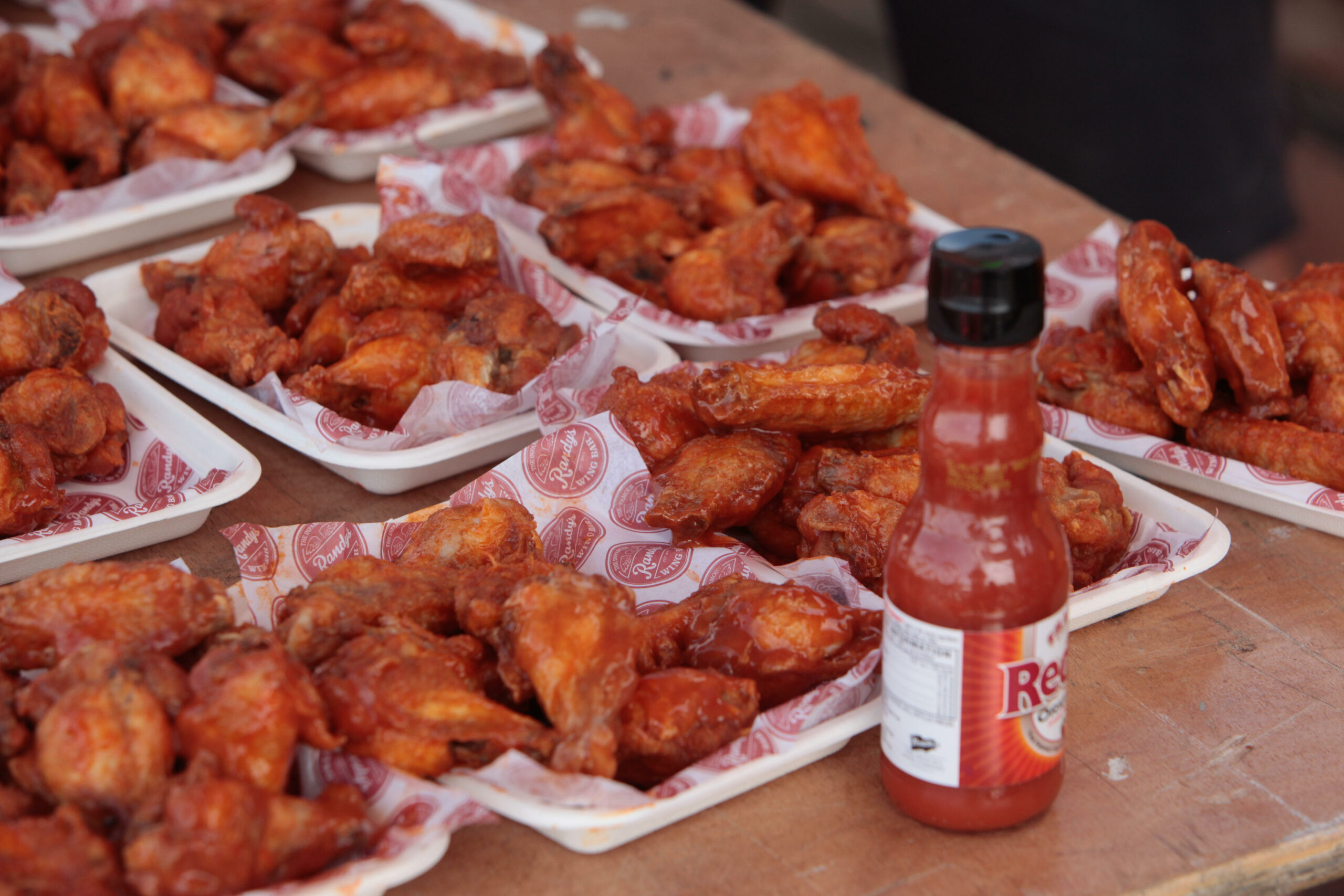 Few things scream summer louder than a big bucket of chicken wings. Whether fried, roasted or stewed, the wing is the ultimate celebration of fast food, and there's nowhere better to indulge in a bit of chicken-based revelry than at London's now-legendary Wing Fest.

First hosted in 2014, the event brings together 20 of the country's top chicken chefs and restaurants in a bid to find Britain's best wing. Easily one of the best food festivals going. 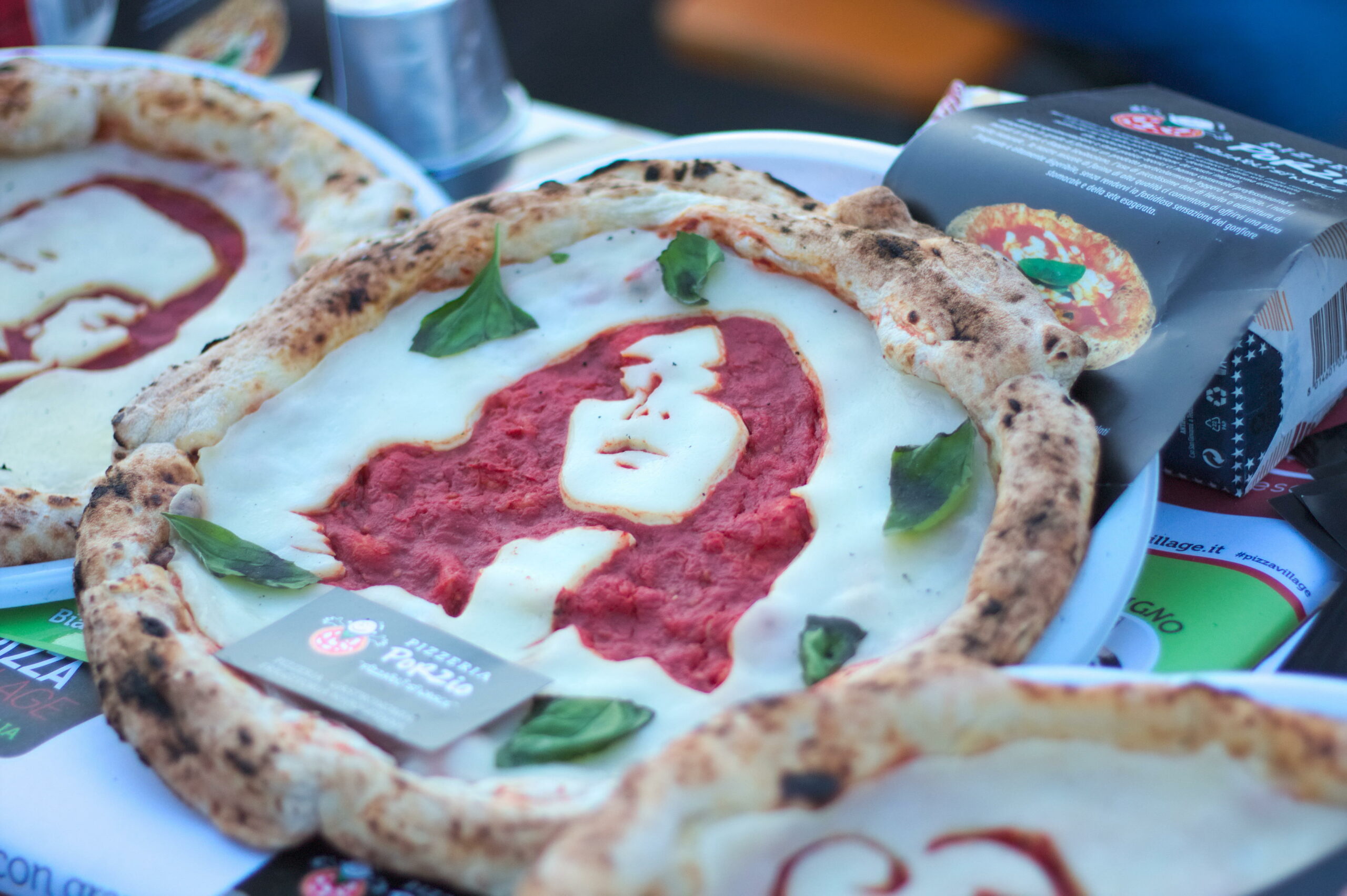 It’s a crime to visit Italy and not indulge in a proper pie. If you’re fortunate enough to be visiting in early September, you’d be a fool to miss out on Naples’ world-renowned celebration of the nation’s most famous export.

The Pizza Village involves more than 100,000 individual pizzas courtesy of producers from all over the world, every one of which serves up a selection of the best pies found anyone earth. 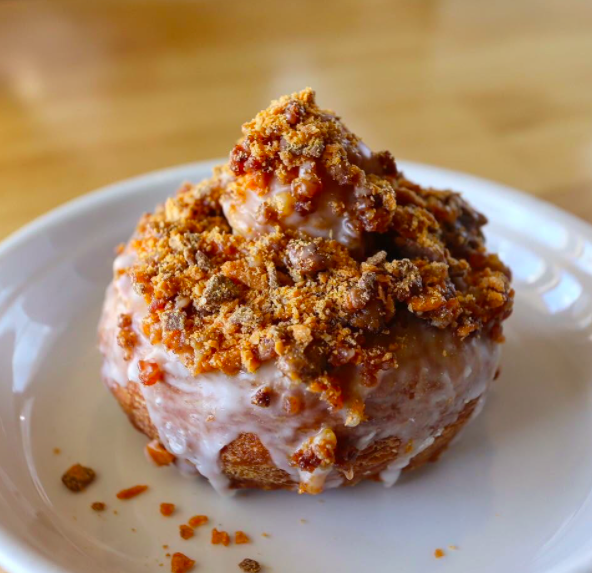 Whether it’s sandwiches or holidays, bacon really does make everything better, so what better way to celebrate everyone’s favourite additive than with a festival? Sacramento have done just that, hosting the internationally-regarded Bacon Festival every year since 2013. Here, bacon lovers can pig out on snacks including bacon ice cream, bacon tater tots and bacon ramen, to name but a few. 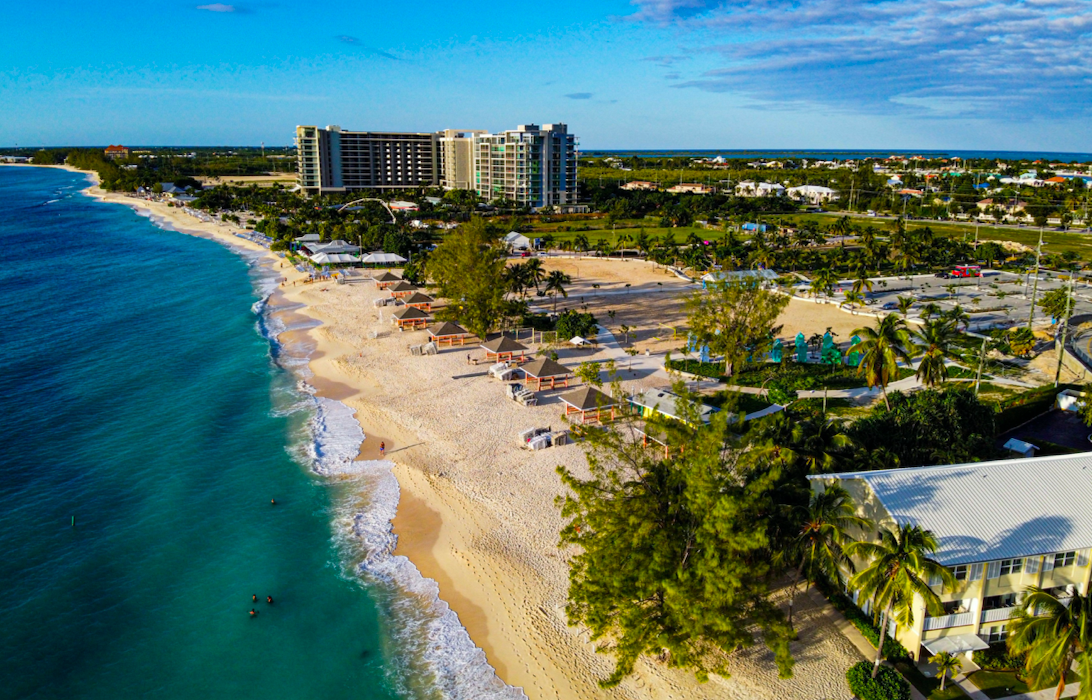 For those who like their festivals to be a little more luxurious, there’s only one destination that will do. The annual Cayman Cookout is a Caribbean celebration of all things fancy.

Hosted by legendary three-Michelin-starred chef Eric Ripert, the festival has featured demonstrations and tasting courtesy of cooking royalty such as Anthony Bourdain and Emeril Lagasse. 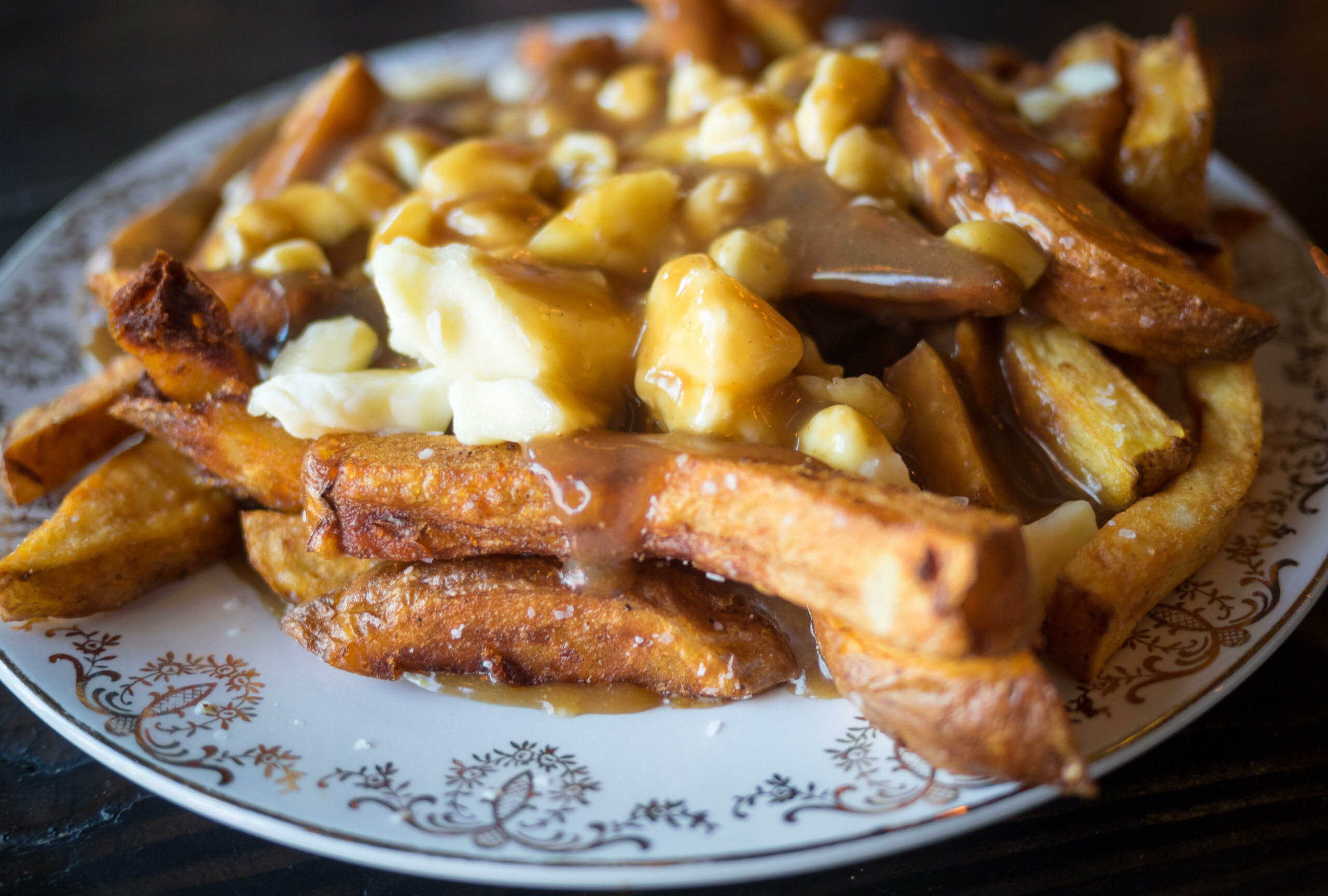 Few foods tick as many boxes as poutine. It’s hard to go wrong with a plateful of fries, cheese curds and gravy. Therefore, it comes as no surprise to learn that PoutineFest is an absolute must for anyone who knows anything about Canadian comfort food.

Here, guests can sample specialties from more than 20 different poutineries, all producing an array of extraordinary potato-based creations. Leave your diet at the door. 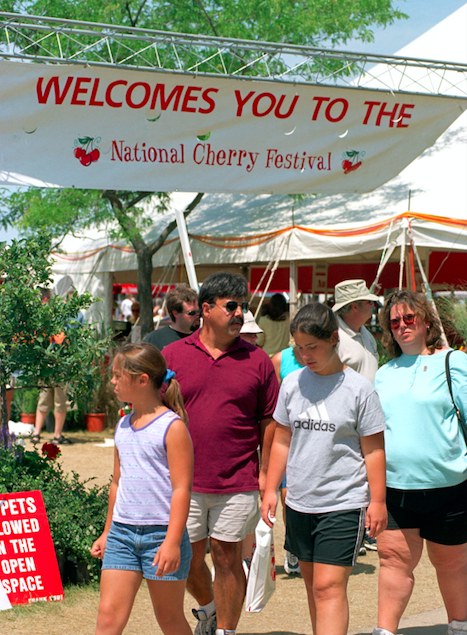 The National Cherry Festival is a fixture in the Michigan food calendar (Credit: Alamy/Dennis MacDonald)

Sometimes, it’s not all about fast food. Every year, the people of Traverse City, Michigan, get together in a celebration of the state’s biggest fruit export.

Thousands of cherries are collected and consumed alongside an entire week-long programme of fruit-based entertainment. This includes cherry parades, awards and the coronation of a cherry festival king and queen. 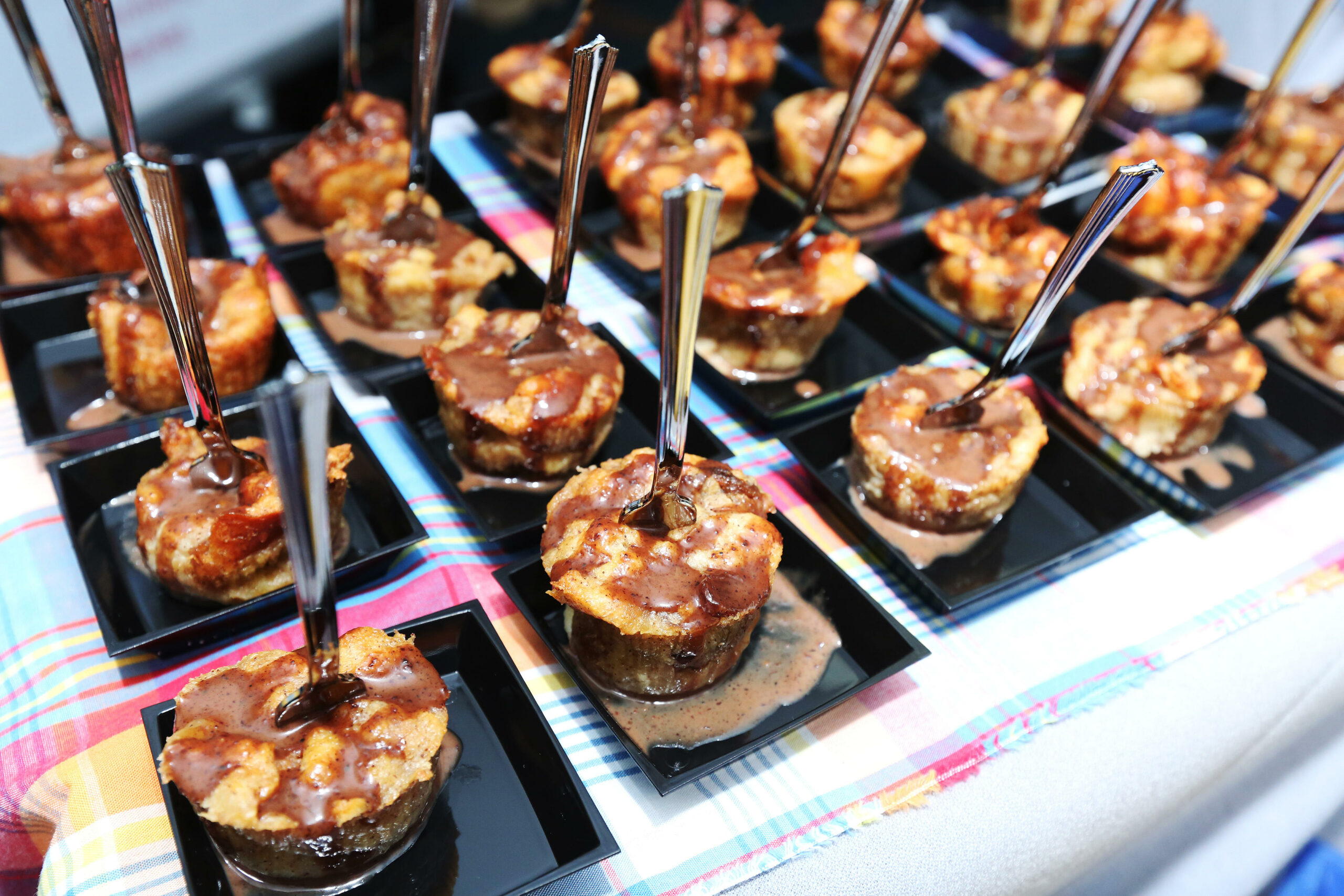 Barbados has a well-deserved reputation as the culinary capital of the Caribbean. As the rumoured birthplace of rum, it’s small wonder that the island attracts boozers and foodies from across the world.

There’s no better place to experience this culinary heritage than at Barbados Food and Rum, an annual festival dedicated to local cooking and cocktail making. 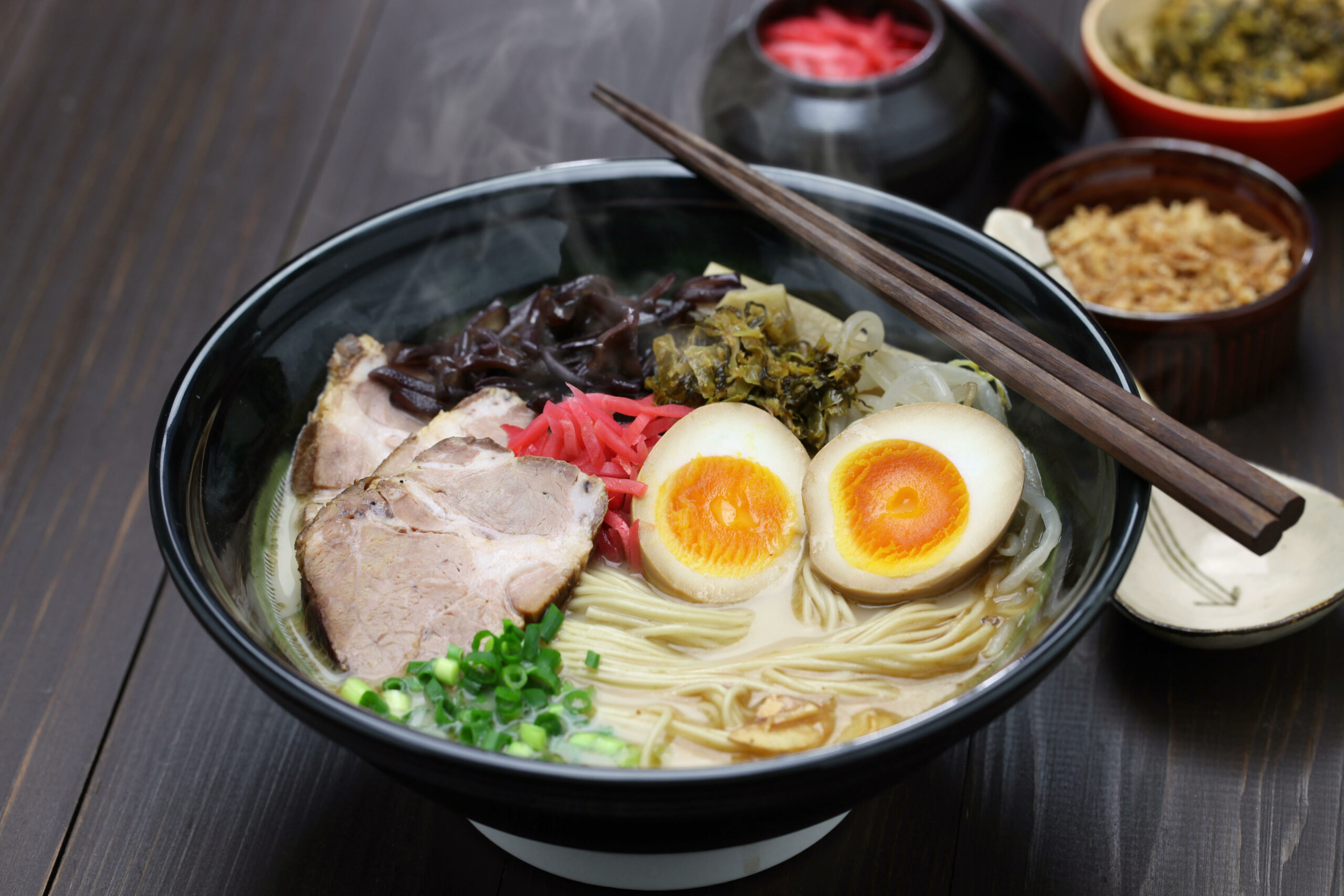 In recent years, ramen has become one of the trendiest foods anywhere in the world. While chefs in every country are becoming increasingly adept at mastering the bone and noodle broth, it’s only fitting that true fans make a pilgrimage to enjoy it in Japan.

At the Tokyo Ramen show, guests can sample the soup from 18 different vendors for a period of 11 days in the city’s Olympic Park. An iconic location for an iconic dish. 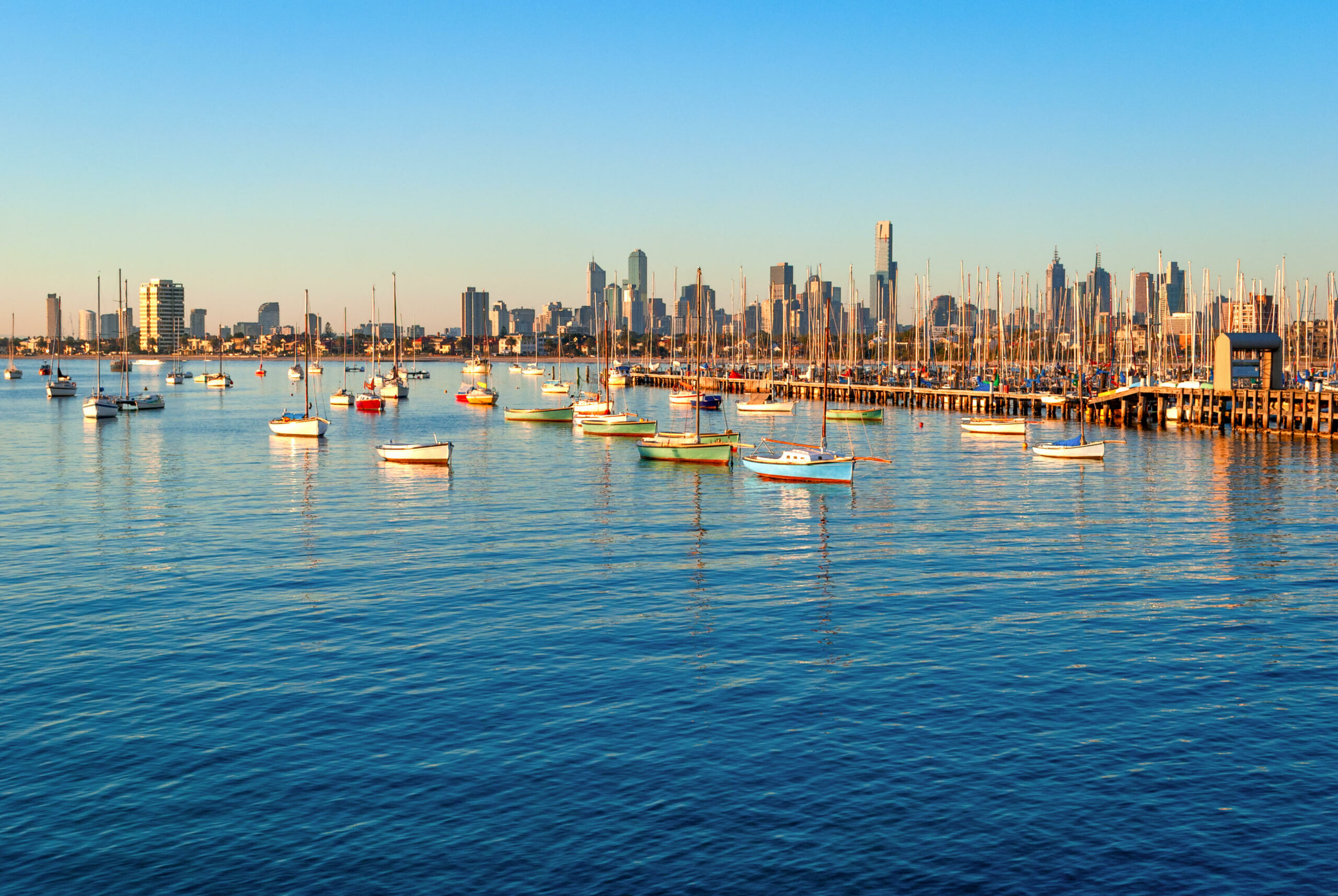 Melbourne has firmly established itself as a Mecca for modern foodies. With a dynamic dining culture to rival anywhere else on earth, the city is a must for hungry travellers.

There’s no better way to sample what the city has to offer than by visiting the Melbourne Food and Wine Festival, which attracts over a quarter of a million visitors every March with the promise of over 200 individual events dedicated to cooking. 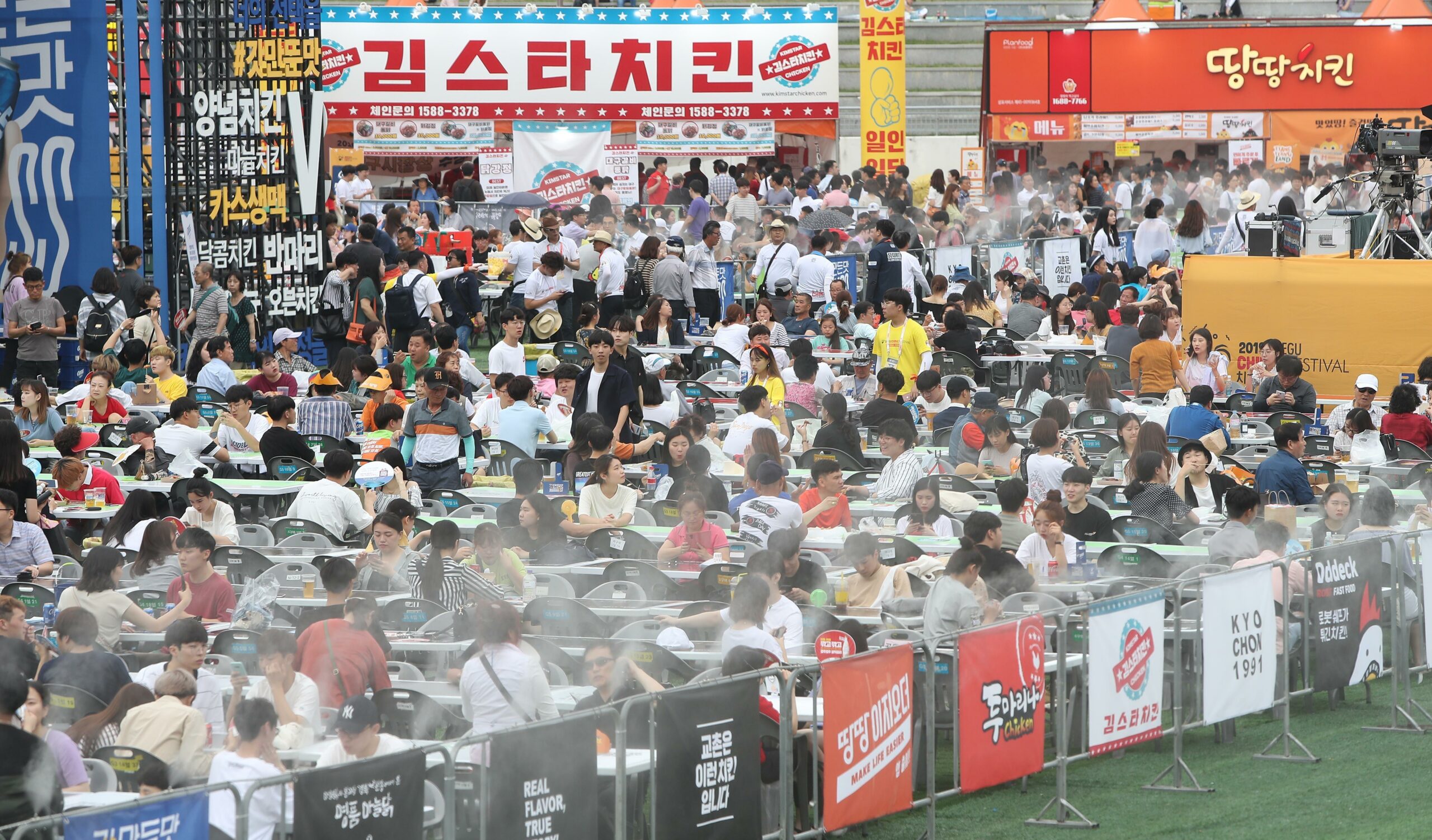 Daegu Chimac is a celebration of all things fried chicken (Credit: Alamy/Newscom)

Korean fried chicken has seen its popularity explode in recent years, with good reason. Double, sometimes triple fried for extra crunch, this cooking technique has built an international following, many of whom now flock to Daegu’s annual Chimac festival.

The event exclusively celebrates both chicken and beer in what’s guaranteed to be a match made in heaven. 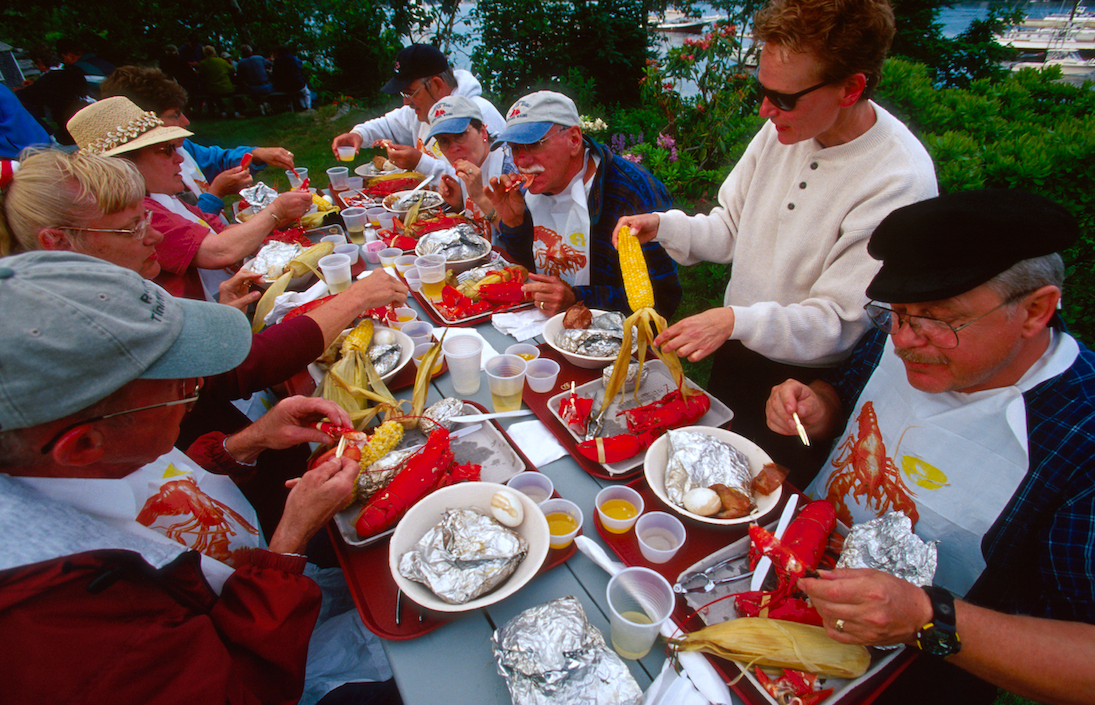 Maine Lobster is famous all over the world (Credit: Alamy/Jeffrey Isaac Greenberg 16+)

For many, lobster is the king of seafood, and with good reason. For 70 years, the Maine Lobster Festival has been giving this ingredient the respect it deserves, serving 20,000lbs of seafood to locals and tourists in a variety of delicious ways.

With a proud tradition built on the back of a strong fishing community, this is one festival that's as much about culture as it is about cooking. 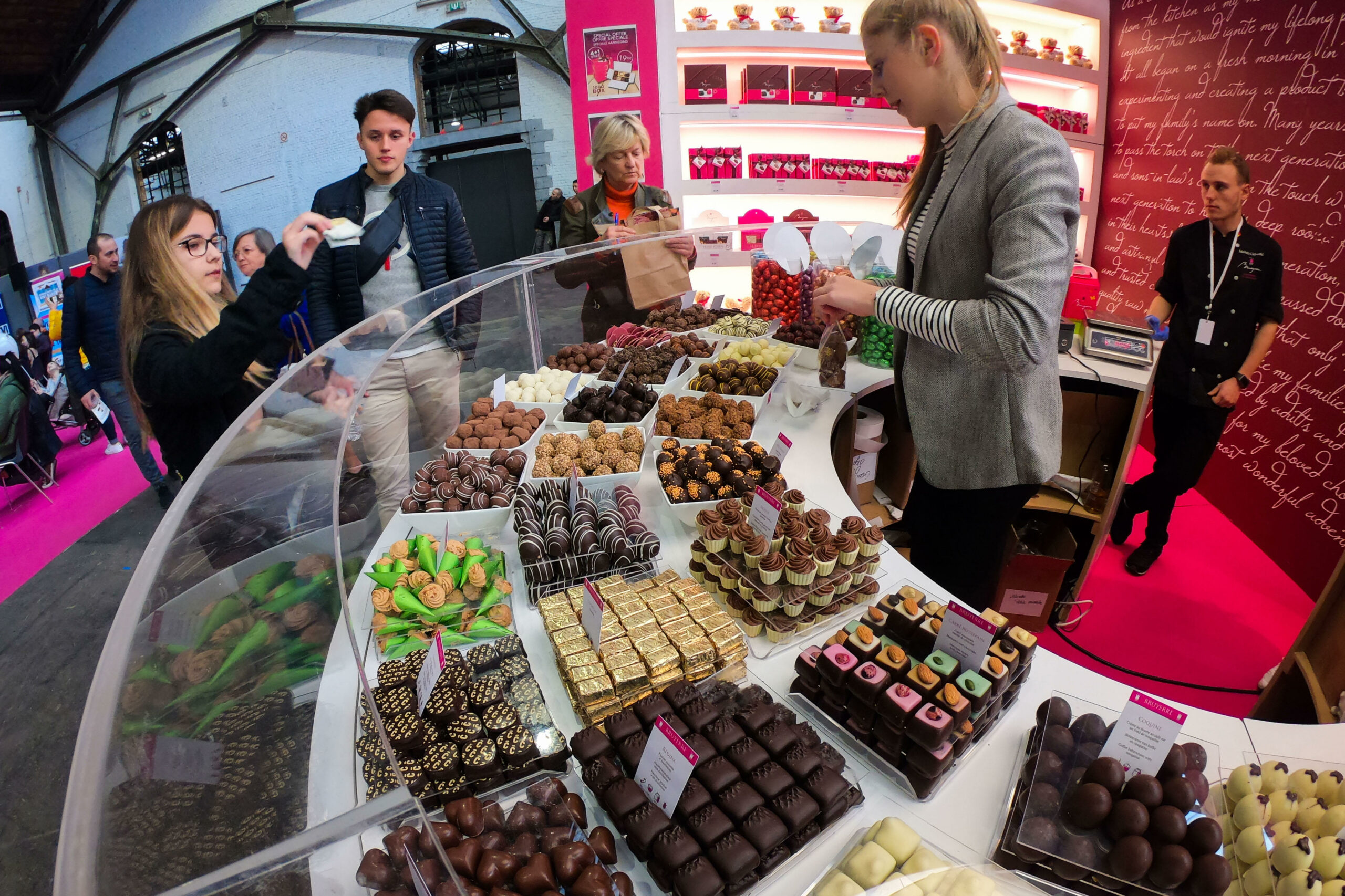 There’s no better way to round off a culinary world tour than with a healthy dose of chocolate. For chocoholics, there’s one destination that demands to be on every bucket list.

Le Salon du Chocolat is a celebration of all things cocoa. Featuring over 500 exhibitors from more than 60 countries, Le Salon is the global trendsetter for chocolate expression and creativity. It's a must for anyone with a sweet tooth.

The best food festivals are about much more than finding something tasty to eat. Ultimately, they tie their audience and their food to their location.

When we're all once again able to leave our living rooms, these 12 events would be an awesome way to celebrate.