How to make doughnuts - delicious recipe from World War Two

The 1940s might not seem like the best place to look for inspiration if you're learning how to make doughnuts.

From a food perspective, this is the decade that gave us horrors like aspic salad and "jellied chicken". We were still some ways away from Krispy Kreme's Malteser mash-up.

Nonetheless, beyond wartime rationing and digging for victory, it turns out that we have a surprisingly delicious legacy from the Second World War. You just have to look in some unexpected places. 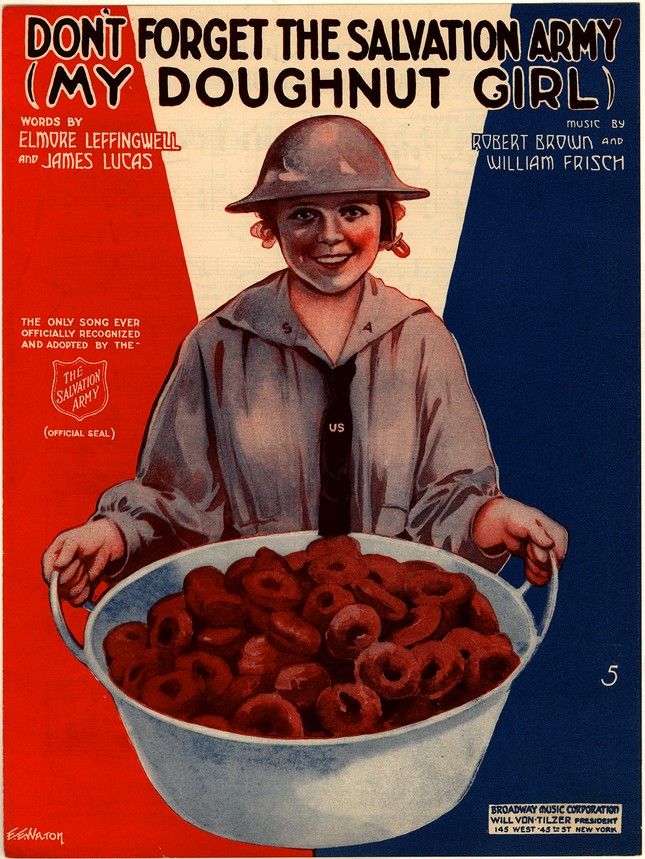 Doughnuts were popular in the 1940s (Credit: Alamy)

Despite the obvious differences, 2020 has been full of dubious hot takes comparing our current predicament to fighting the Nazis. Admittedly, both have incidentally involved spending long periods stuck indoors for your own safety, but it quite spectacularly undersells the experience of surviving the Blitz to collate it with watching ‘Tiger King’.

Nonetheless, given how accustomed we’ve become to modern liberty and our appetite for unhealthy nostalgia, comparisons between lockdowns in 1940 and 2020 were probably inevitable.

One of the more legitimate areas where both situations have had an impact is in the storecupboard. Though the sparse aisles of the crappiest contemporary supermarket would still shock and amaze anyone from the 40s, the values of versatility and ability to think on your feet apply to cooks from both eras, regardless of relative circumstances.

That said, the reality of what it must have meant to cook in 1940 is virtually impossible for us to grasp today. Most of us will never know what it was like to eat in a world where U-boats left families wondering where their next meal might be coming from.

Nonetheless, it’s still possible to get a sense of what might have been on the menu thanks to some surprising foodie relics.

Last week, during an enforced and grumpy search through my bamboozling and massive admin folder, I discovered something special. Buried between banking leaflets and an embarrassing collection of my poetry (which will never, ever make it out of the folder again), I unearthed a tattered, soup-stained exercise book.

Bound in the slick tacky card that evokes miserable maths lessons, the slim brown volume was dated “20th May - 28th May, 1943”. It was my grandpa’s.

A Royal Navy serviceman from 1937 to 1949, David Bunter spent much of the Second World War either guarding the Arctic convoys in and out of the freezing port of Murmansk or patrolling the Pacific Ocean. As a sub-lieutenant, his duties would have included everything from organising the crew’s workload to admin as the captain’s secretary.

Understandably, given the backdrop of total global conflict, this would not have left a lot of time for baking. But, between the 20th and 28th of May 1943, at the Royal Navy’s School of Cookery in Lowestoft, this was exactly what he was doing. 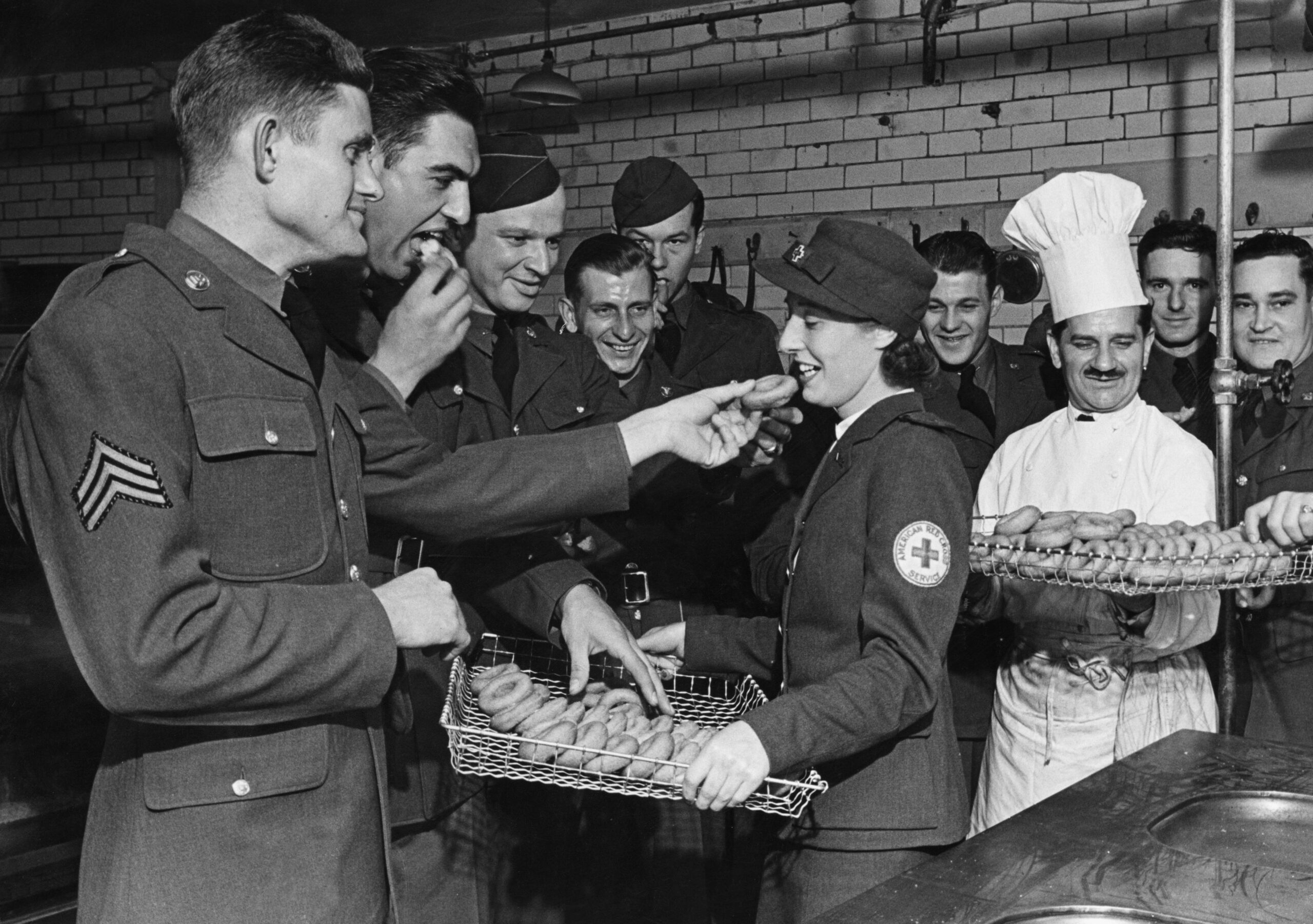 Cooking in the navy

Despite being almost 80 years old and written almost entirely in pencil, the book is in remarkably good nick. Its pages are filled with an assortment of surprisingly tempting-sounding naval treats, ranging from a creamy “American Fish Pie” to a decadent “Steamed Chocolate Pudding”.

Swap out the plentiful references to “suet” and it could easily occupy a slot in Waterstone’s student cooking section. But for all the intriguing riffs on “Banbury Puffs” and “Cheese Soufflé”, one recipe really caught my eye.

In famous boat-based war films like “Sink the Bismark” and “The Cruel Sea”, there is a regretful lack of doughnuts. I had always assumed that this was a matter of historical reality.

However, as the pages of D.J Bunter’s cooking notebook reveal, not only were doughnuts a thing in 1943, they were a key part of the curriculum.

The recipe taught at Lowestoft was admittedly more general than something that you might use today. Included in the title, for instance, is the caveat that this recipe also works for “Yeast Buns”, “Rolls” and “etc”, which suggests that it lacks the specificity typically expected of a modern-day doughnut dough.

Nonetheless, the prospect of tasting an 80-year-old doughnut proved too intriguing. I donned my ship’s cook cap and dived in. 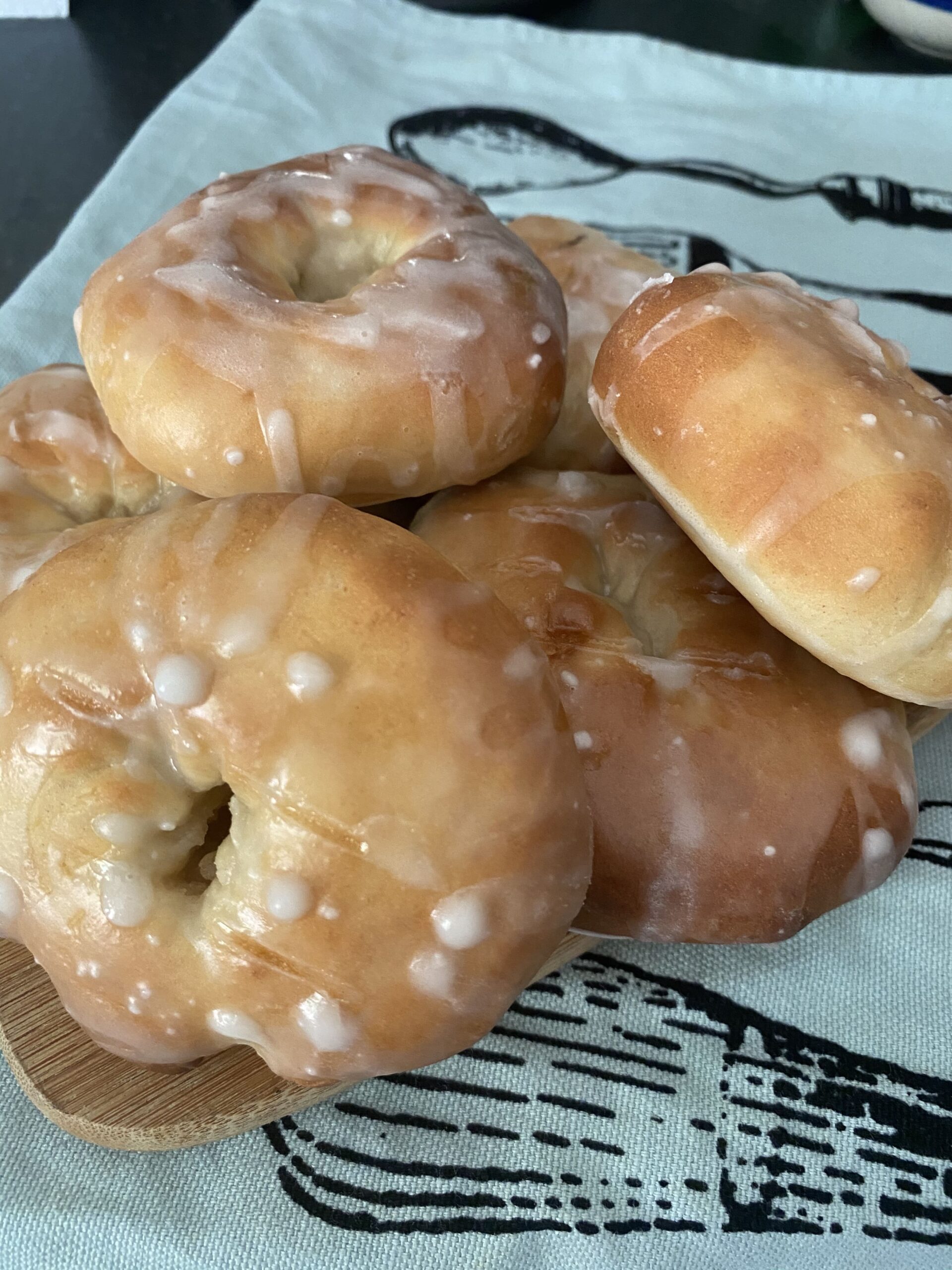 My doughnuts didn't look quite as polished as they might have done (Credit: Twisted)

How to make doughnuts

As you might expect, there are several differences between World War Two doughnuts and their saccharine contemporaries. For starters, no deep-frying is involved at any stage, presumably due to the dual considerations of conserving key cooking materials and avoiding having massive cauldrons of boiling oil on board ship.

To make things more confused, there are no instructions for adding a glaze or other toppings. The temperature of the oven is also unhelpfully described as “hot”.

Aside from the puzzling temperature, however, my biggest issue initially was with the yeast. One of the perils of copying spidery pencil jottings from the 40s is that key bits of information can become faded with time.

In this instance, I mistook a perfectly reasonable ½ oz. of yeast for a whopping 2 oz. Plagued by frantic visions of my doughnuts floating off into the garden, I went rogue and rounded down.

Fortunately, I had accidentally guessed the correct amount, though not before feeling like a traitor to the legacy of the Lowestoft Royal Naval School of Cookery. 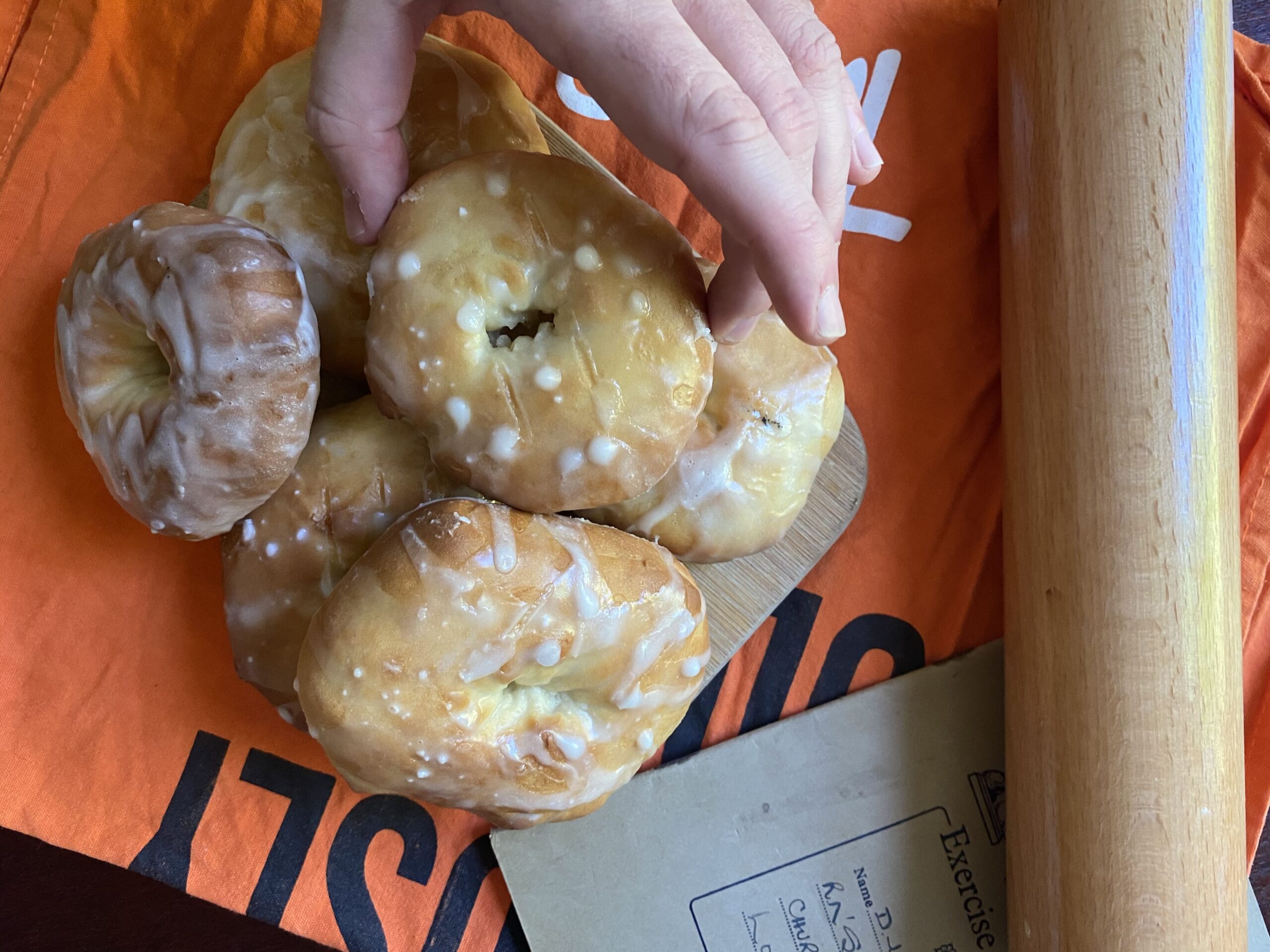 The doughnuts are a great alternatie to shop-bought (Credit: Twisted)

How did they taste?

If I said there weren’t problems with the end result, I'd be lying. The oven bake caused the rough rings to pucker shut, leaving what looked like a tray of giant cat rectums.

It also turned out that the “hot oven” instruction was even more unhelpful than I’d first assumed. In the end I’d overestimated what would be needed to colour the doughnuts, resulting in a set of six slightly burnt, vaguely bagelish buns - not something I’d be happy serving to the captain.

However, after a rustic coating of icing sugar glaze and a few apprehensive bites, it became clear that it wasn't a total disaster. Admittedly, they were as close to Krispy Kreme as I am to Gordon Ramsay, but that didn’t detract from the fact that, for a recipe that was probably designed to function most effectively when the cook was under fire from the Graf Spee, they were surprisingly tasty.

With some practice, on my part, it could easily produce a passable doughnut.

Before unearthing grandpa’s 80-year-old exercise book, the idea of doughnuts in the navy would have felt faintly ridiculous. A splodge of jam does nothing for the image of an otherwise immaculate sailor.

The fact that this recipe even exists reminds us that comfort food belongs in every era, whatever hardship you’re facing. In fact, anyone who doubts that they’ve done enough to earn a treat should view this recipe with relief.

If the Royal Navy could find time to indulge, so can we all. 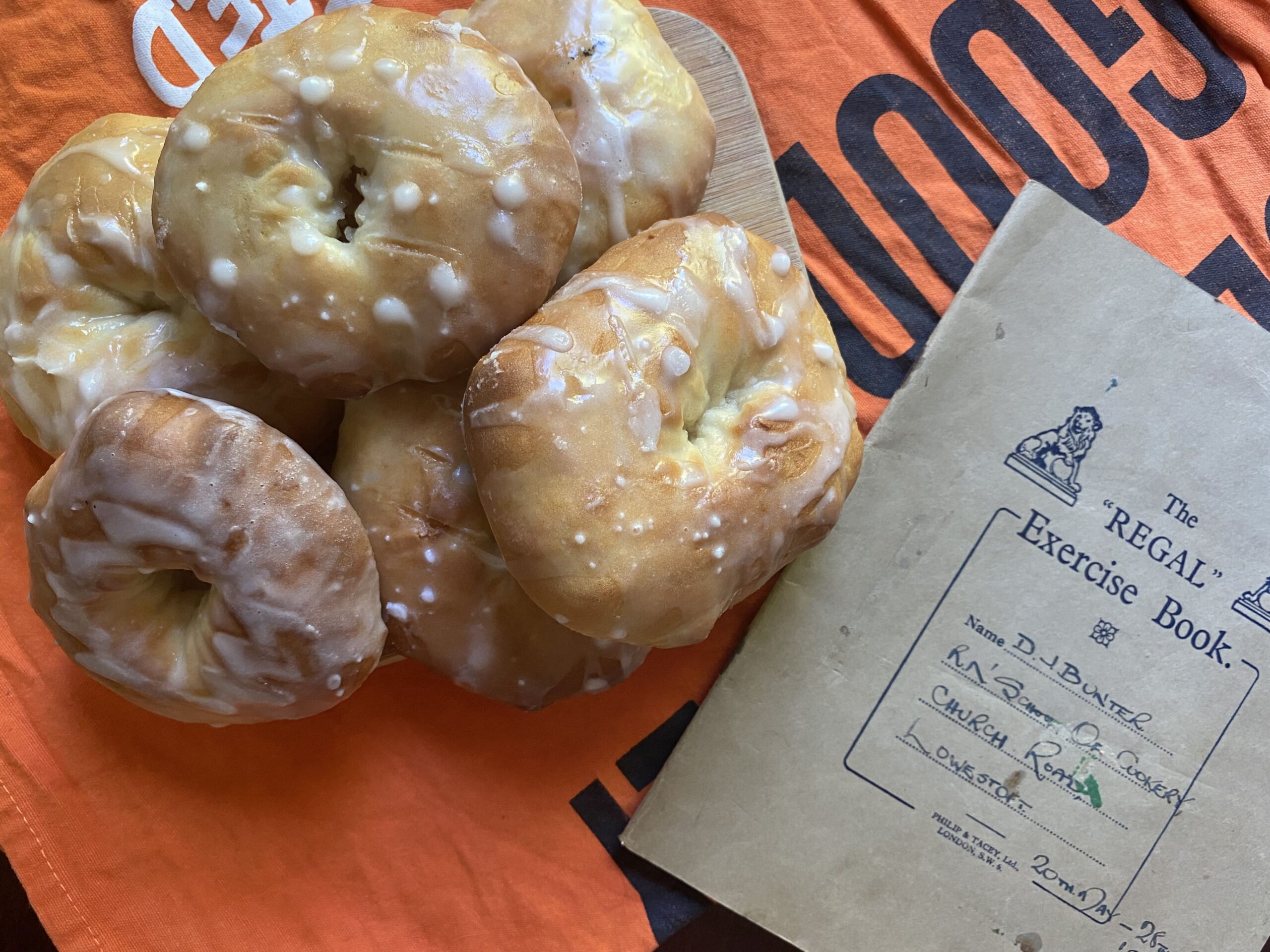