Finding the best Sunday roasts in Britain is like trying to find your favourite needle in a stack of needles.

We are so obsessed with our favourite weekend fare that there’s barely a restaurateur in the British Isles who hasn’t had a go claiming the definitive version for themselves. Needless to say, some have been more successful than others. 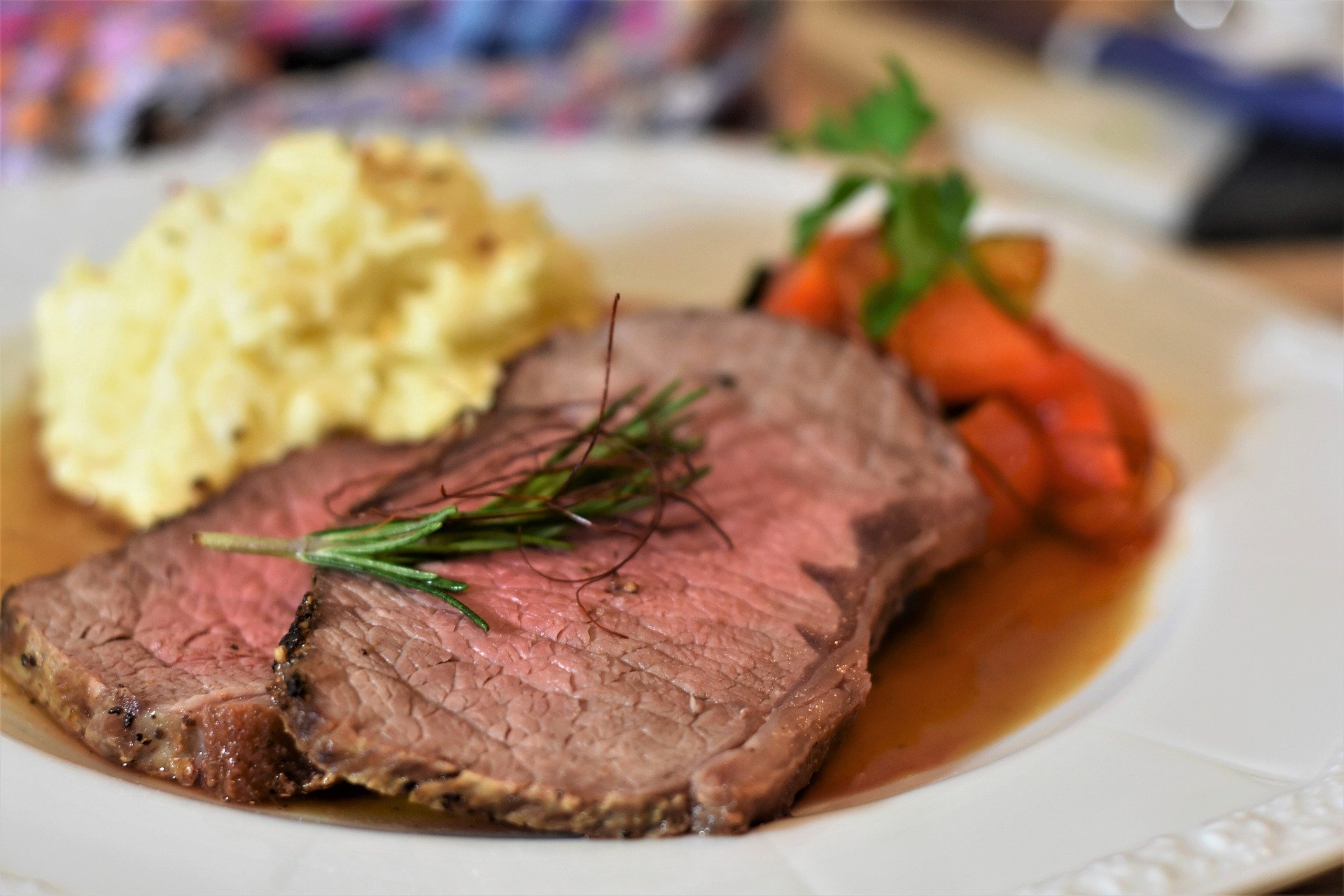 The best Sunday roasts in the UK

Just because the best Sunday roasts are to Britain what Jesus is to the Vatican, it doesn’t mean that there aren’t different standards of dinner.

Hidden amongst the morass of dry chicken breasts and flaccid carrots are genuine gems that will keep even the pickiest traditionalists coming back again and again. Roast lovers, rejoice.

To help you plan a proper meat-based British adventure, we've pulled together the best and thrown out the rest. Without further ado, here are nine of the best Sunday roasts in Britain. 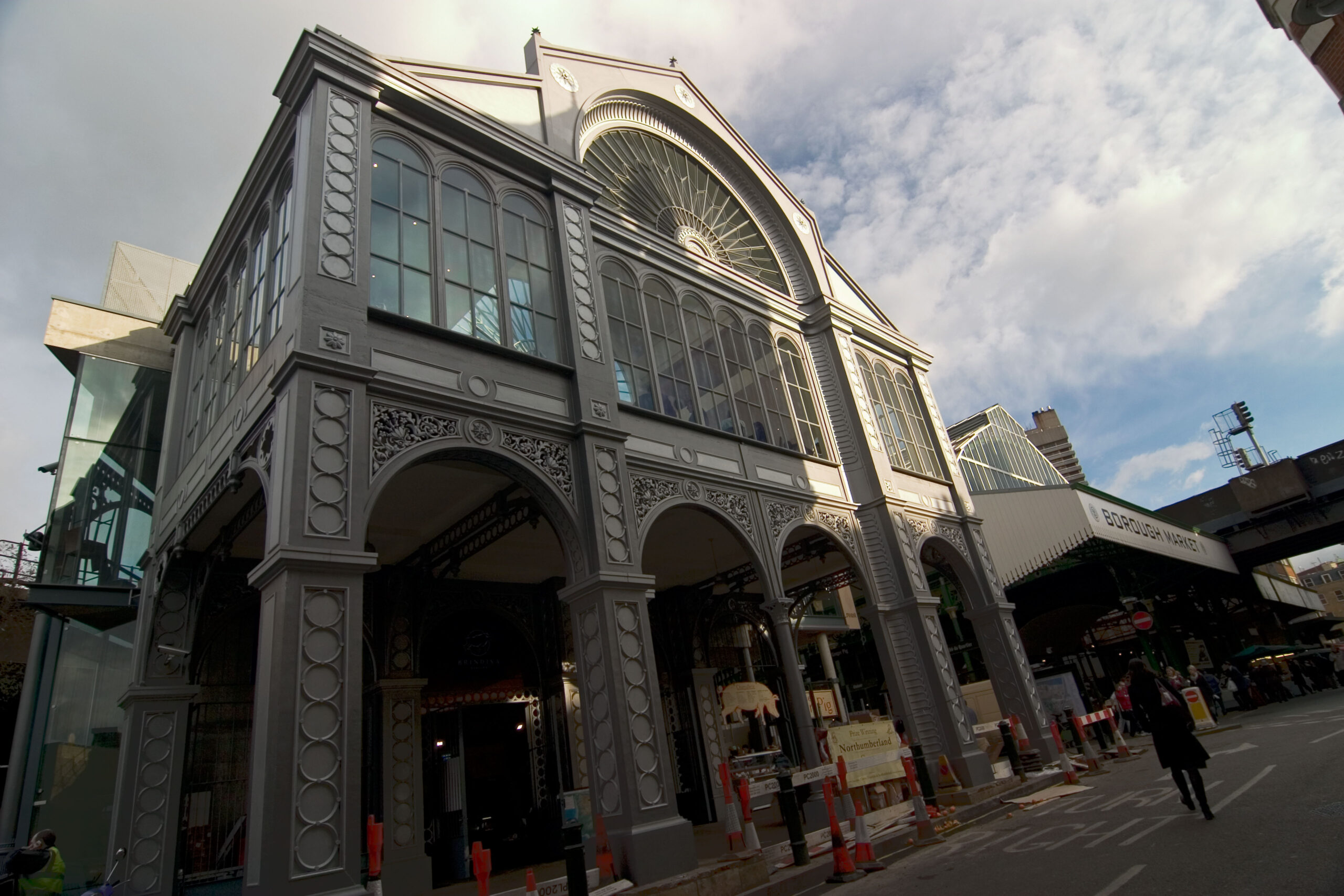 If you name yourself after the country’s most adored dish, you better be able to deliver. Thankfully, Roast more than lives up to its iconoclastic name.

Hidden in a loft overlooking London’s famous Borough Market, the kitchen specialises in giant joints, crispy crackling and an endless stream of roast potatoes, making this the perfect place to get a taste of the quintessential Sunday lunch. It might not offer much in the way of surprises, but who cares when the food is this delicious. 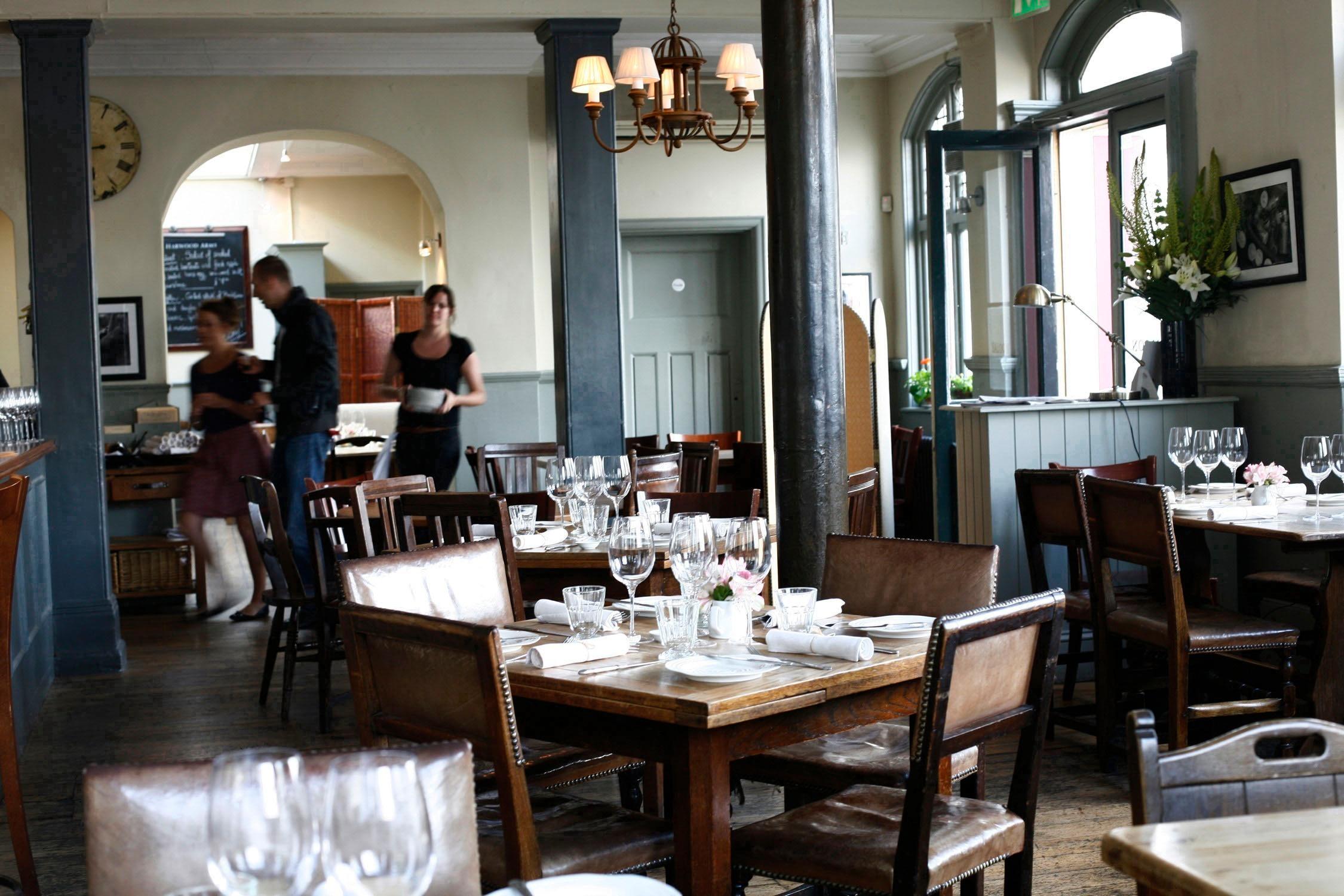 London’s only Michelin-starred pub is, obviously, pretty spectacular whatever the menu, but chef Sally Abé and her team really go to town on Sundays.

The menu always has a strong emphasis on British game, but Sunday guests have the option of supplementing seasonal fresh greens with a roast sirloin of shorthorn beef, Yorkshire pudding, cauliflower cheese croquettes and all the trimmings. If that’s not worth the trek to Fulham, nothing is. 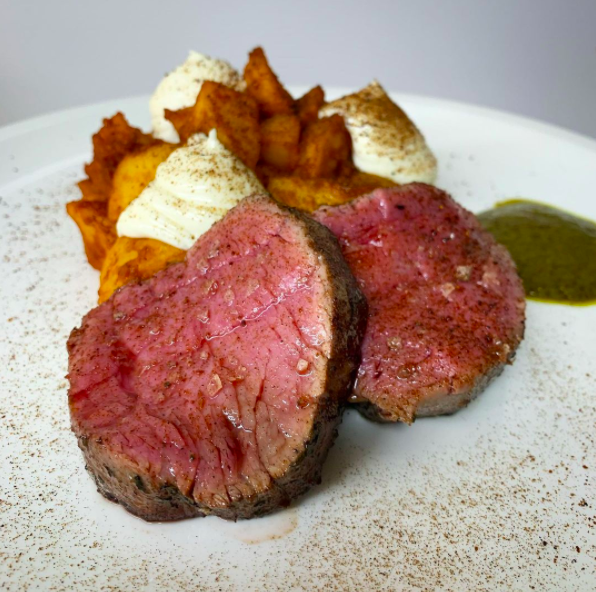 The recipient of multiple roast-centric accolades and a regular fixture in the hallowed Good Food Guide, The Duck Inn in Stanhoe, Norfolk, is an East Anglian institution.

Though the Sunday menu features a regularly rotating lineup of goodies, you can guarantee that some sort of delicious riff on beef, pork or lamb will always be on offer. You don’t build a reputation like this without some serious roasting skills. 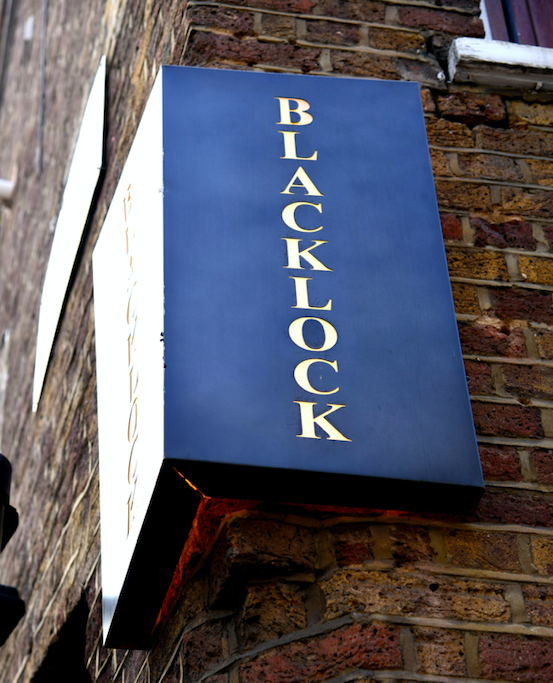 Blacklock serves one of the biggest roasts in the country (Credit: Alamy/Doug Peters)

Ordinarily, what giant portions have in size they lack in quality. Blacklock is a rare example of a restaurant serving gargantuan dishes that taste just as spectacular as they look. 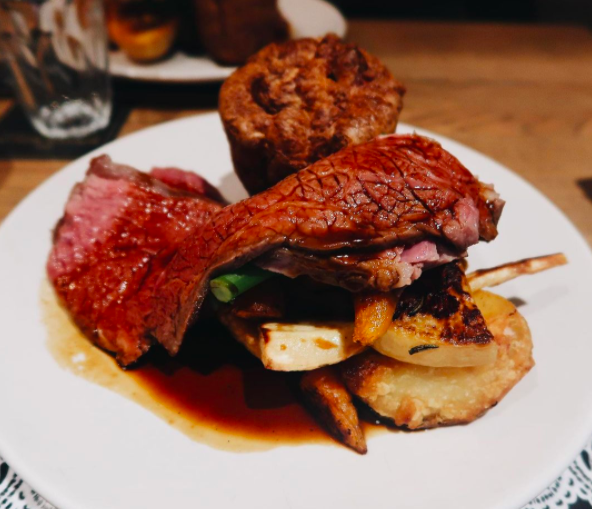 The Scran and Scallie is one of Scotland's best roast spots (Credit: Instagram/fikawithica)

5. The Scran and Scallie

The best Sunday roasts in Britain aren't restricted to England. Part of Edinburgh fine dining impresario Tom Kitchin’s growing edible empire, The Scran and Scallie is a Scottish gastropub that proves the chef can roast with the best of them.

Serving all the usual suspects around a range of seasonal alternatives (if, for some reason, some of the world’s best beef doesn’t do it for you), the restaurant provides yet more proof that eating in a pub is always an excellent idea. 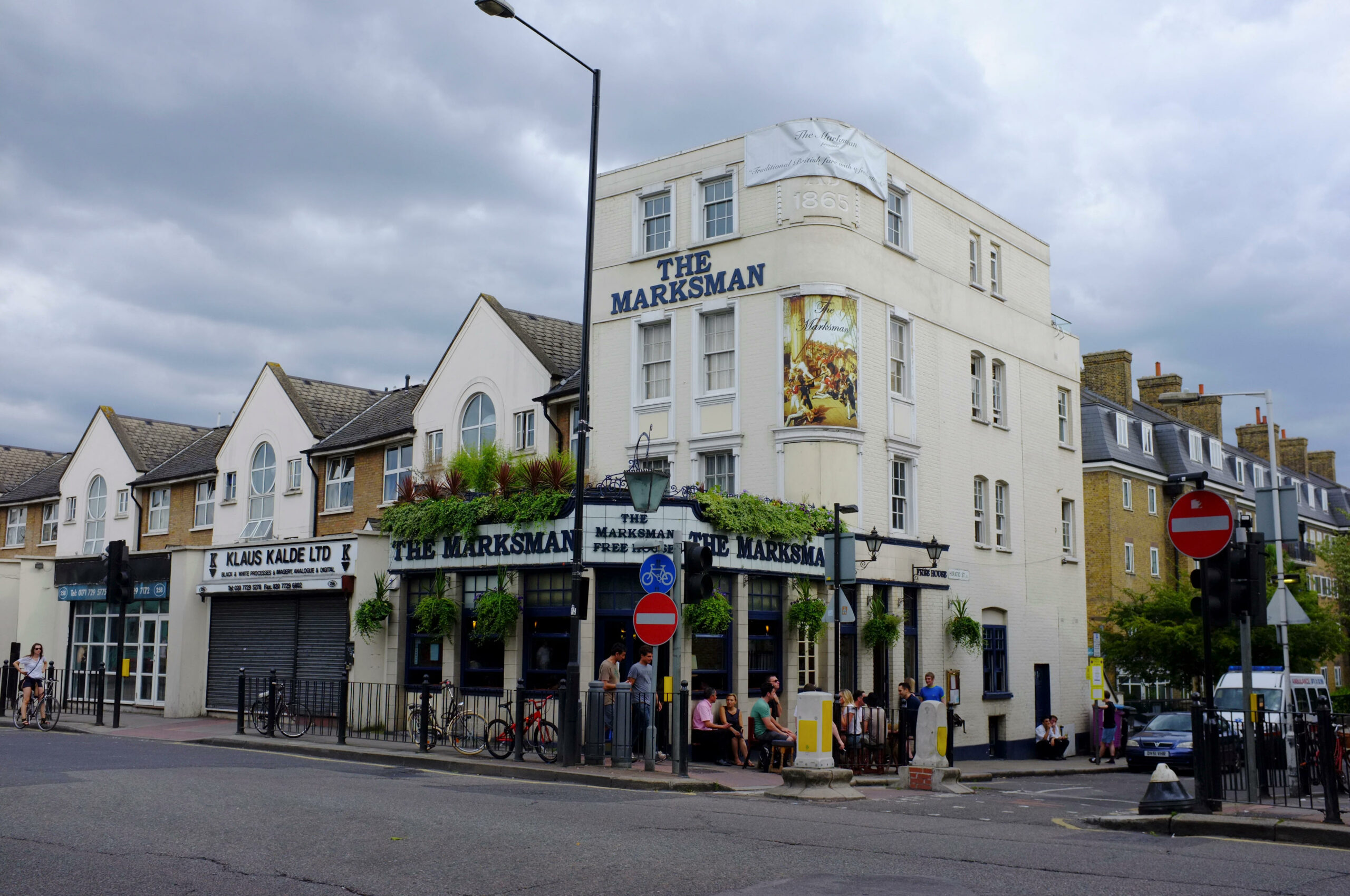 The Marksman is one of East London's most well-known pubs (Credit: Alamy/Parmorama)

Run by ex-St John alumni Tom Harris and Jon Rotheram, The Marksman is a gastropub with a capital G. In an area of East London replete with awesome places to eat, The Marksman stands out for its outstanding Sunday service, which can include roasted partridges, Tamworth pork belly and giant wing-ribs of Hereford beef.

Bring some loose-fitting trousers and cancel your plans for the afternoon - this is not a meal to be rushed. 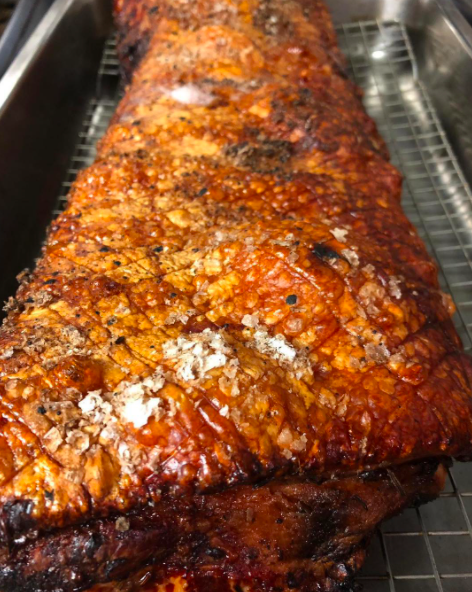 An ever-changing menu might not sound like the best match for a meal that almost always needs the same basic elements, but The Barking Dog in Belfast is proof that change isn’t always a bad thing.

Stretching across two Victorian-era houses, the pub is a sprawling mess of hidden nooks and crannies that makes eating here an adventure as well as delicious. Try not to get lost - you won’t want to miss out on what is arguably Ireland’s best roast. 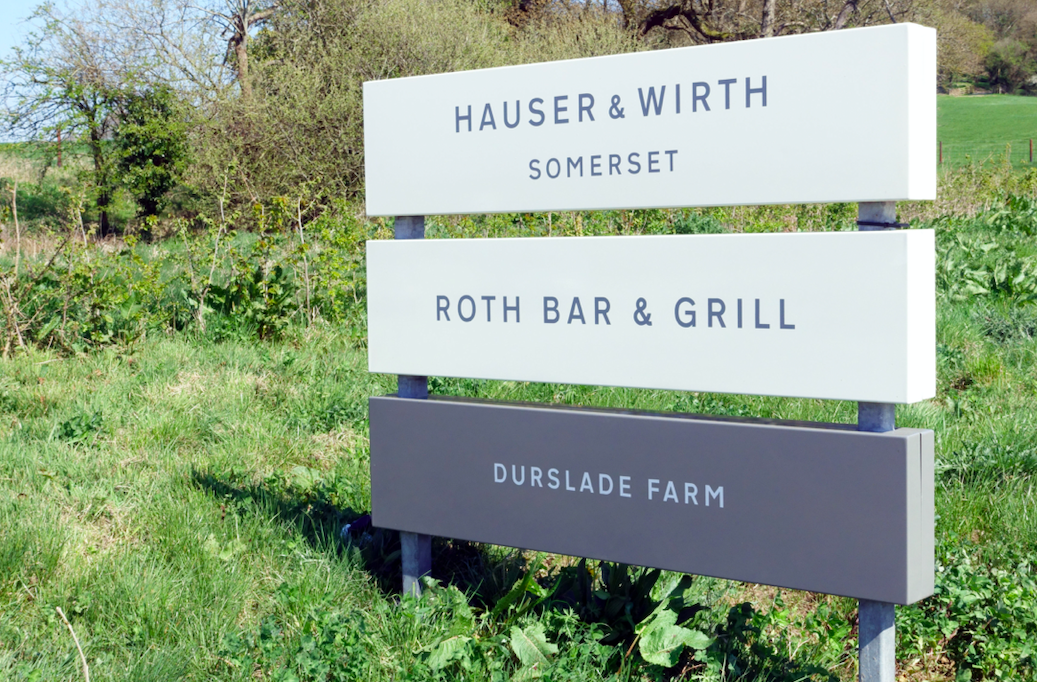 Roth Bar & Grill in Somerset serves one of the best roasts in the Southwest (Credit: Alamy/Jeffrey Blackler)

When it comes to cooking a quality Sunday roast, it’s best to keep things simple. Specialising in perfectly executed, tried and tested pairings like lamb and mint sauce and beef and horseradish, Roth Bar and Grill in Somerset shows why classic combinations become classics in the first place.

When you can cook this well, showing off is a serious temptation. Despite, the possibilities for playing with your food, Roth Bar and Grill shows why if it ain’t broke, you shouldn’t fix it. 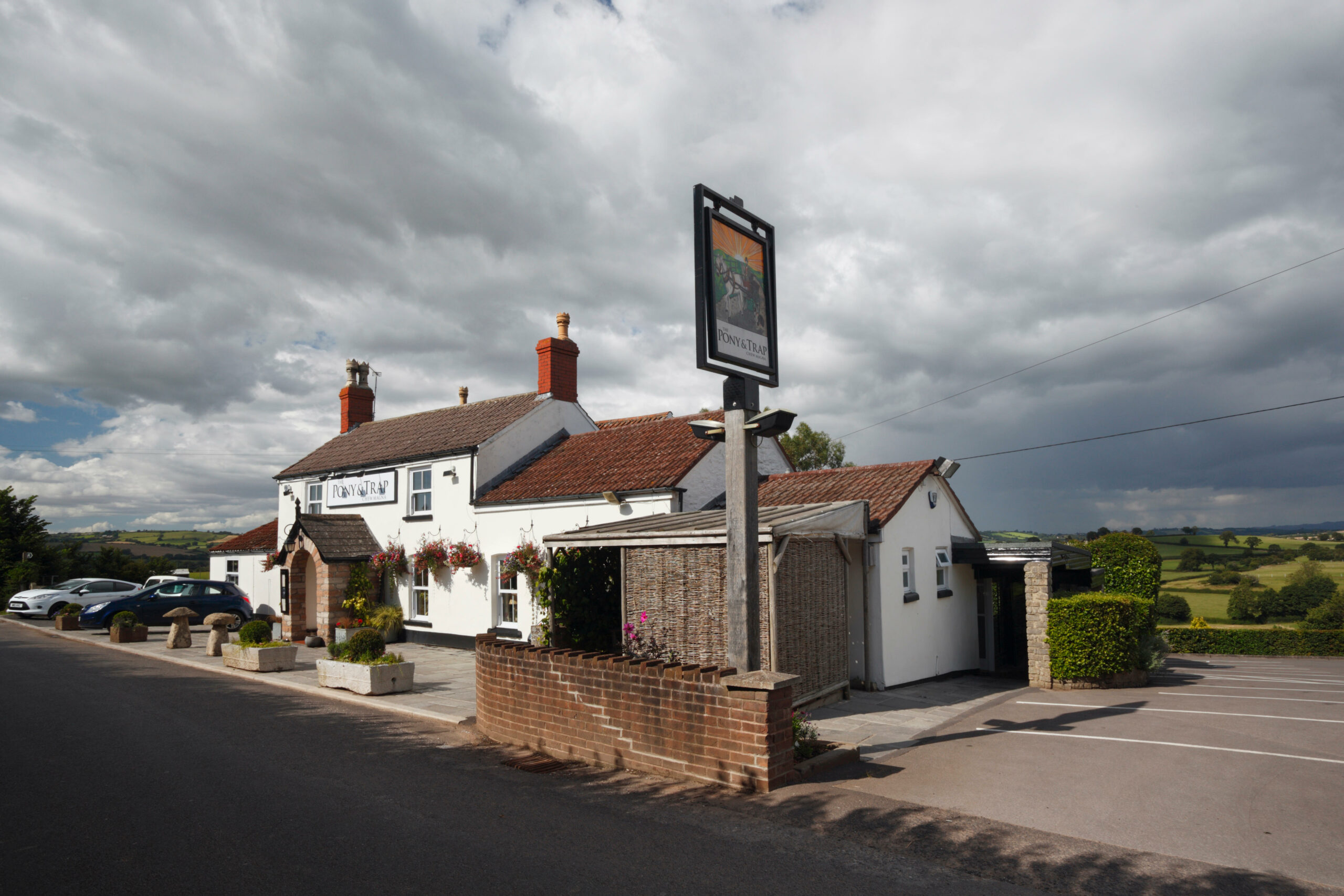 The Pony and Trap has won a Michelin star (Credit: Alamy/James Osmond Photography)

9. The Pony and Trap

Another Michelin-starred jewel in the South-West’s fast-developing dining scene, Holly and Josh Eggleton’s beloved gastropub is a proper Sunday destination.

The rural Somerset restaurant offers formidable takes on the traditional roast, such as ale-glazed lamb shoulder and sage and onion-stuffed pork belly. If subtle twists on familiar favourites are your thing, The Pony and Trap is tough to beat.

Finding any Sunday roast that can stack up against the homecooked icon is a challenge in and of itself. Often, a restaurant's formality can leave a Sunday roast feeling like a hollow shadow of what you should be eating.

Head to one of these nine restaurants, however, and you can guarantee that you won’t be disappointed. What they might lack in home comforts, each kitchen more than makes up for in quality.