Who is the world's best competitive eater? From Joey Chestnut to Miki Sudo

The debate over just who is the world's best competitive eater has been raging ever since we first turned scoffing into a sport.

Today, being the best isn't just about eating as much as physically possible. There are now dozens of ways you can put your stomach to the test.

With so many records set and claimants to the throne, competitive eating is a crowded field. However, if you take a step back, it's clear that there are some appetites that stand head and shoulders above the rest. 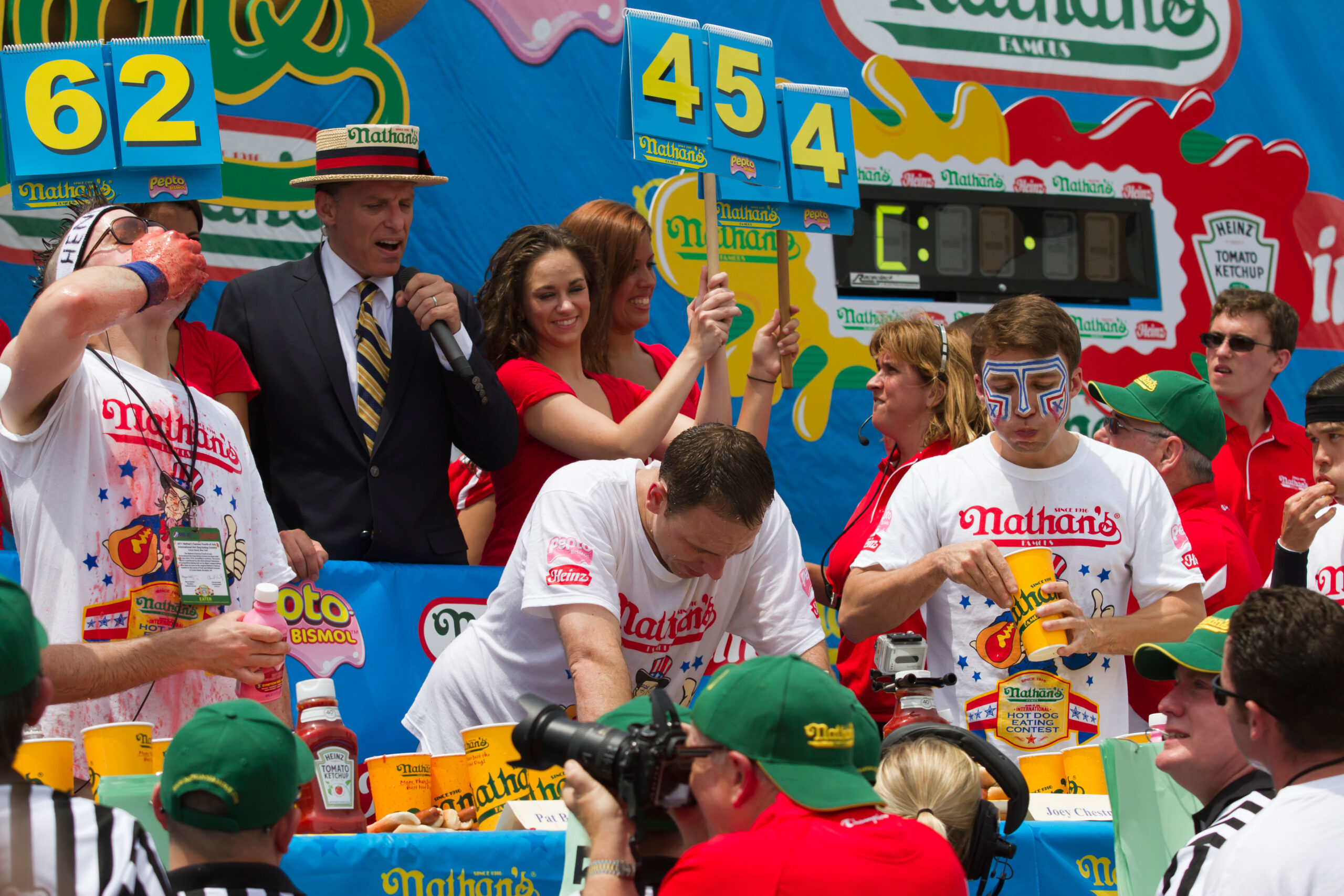 Nathan's Coney Island eating contest is one of the most famous in the world (Credit: Alamy/Cal Vornberger)

Who is the world's best competitive eater?

Based on a combined criteria of records broken, impact on the sport and general impressiveness, we've put together this list of the top seven competitive eaters in the world.

Even though the human tummy is not a bottomless pit, these gastronomic gladiators certainly test it to the max.

If you've ever wanted to find out once and for all who is the world's best competitive eater, you've come to the right place. Let's get ready to rumble! 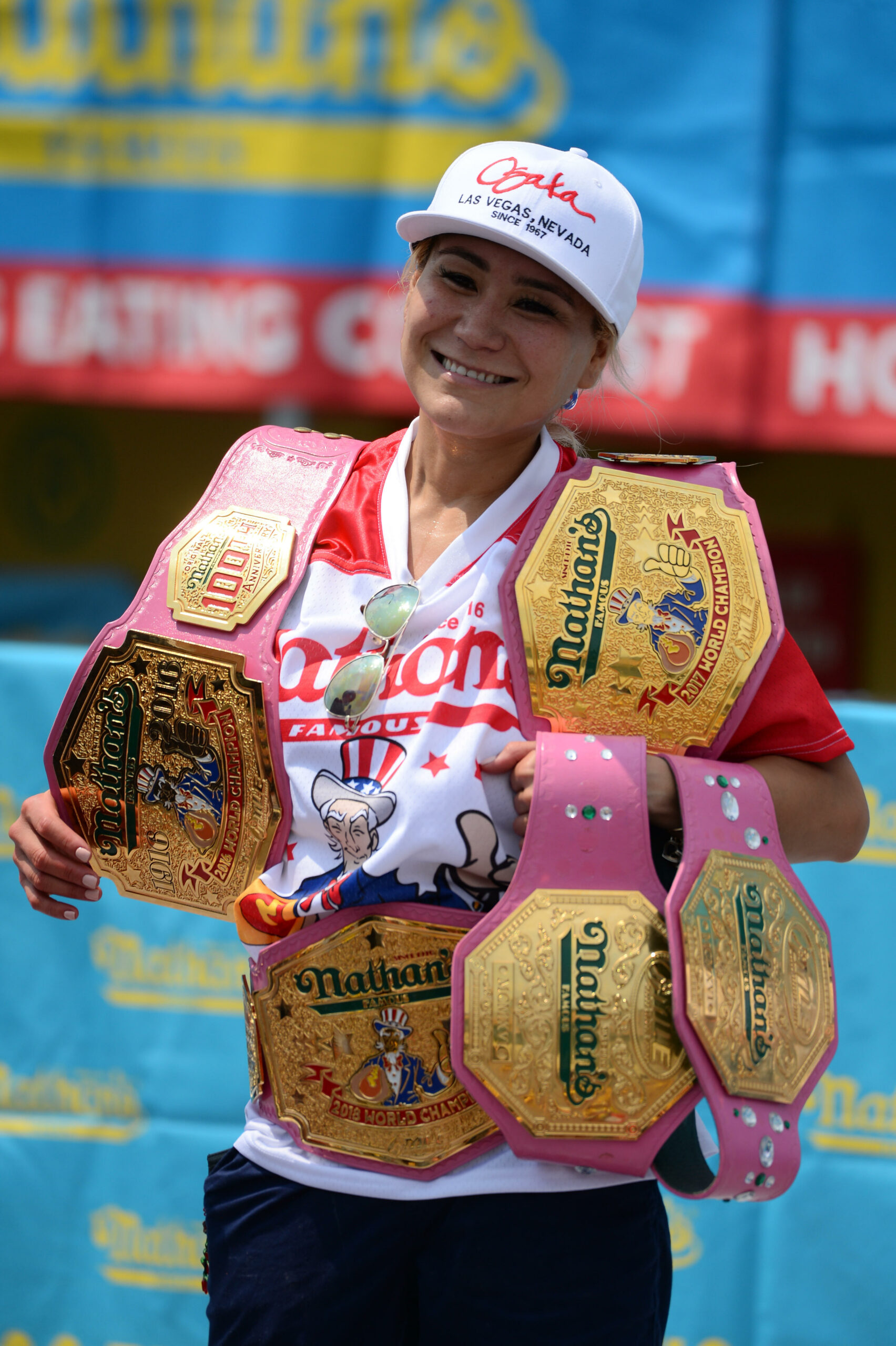 Miki Sudo is one of the most famous female competitive eaters in the world (Credit: Alamy/Erik Pendzich)

A relative newcomer to the world of professional eating, Miki Sudo made a name for herself after unseating the legendary Sonya Thomas at Nathan’s Famous Hot Dog Eating Contest in 2014. She has won the competition every year since.

To top it off, Sudo has also set records for eating 16.5 pints of ice cream in six minutes, as well as 8.5 pounds of kimchi in the same period. Admittedly, this didn't happen at the same time. 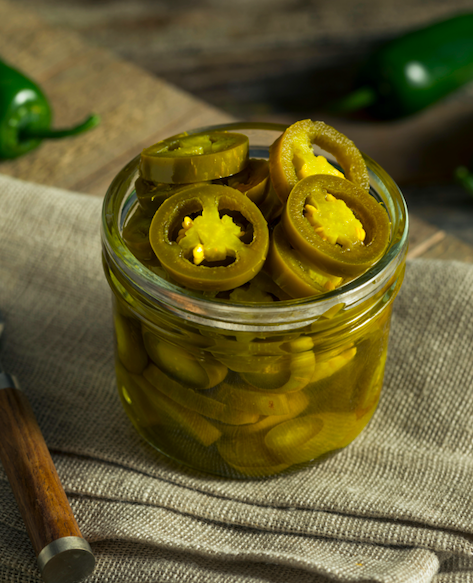 A veteran of the competitive circuit, Richard “The Locust” Le Fevre earned his nickname after his uncanny ability to eat continuously for over 45 minutes at a time.

At the age of 74, Le Fevre still competes regularly and has an impressive set of personal accolades. His most recent record involved eating 247 pickled jalapenos in eight minutes. 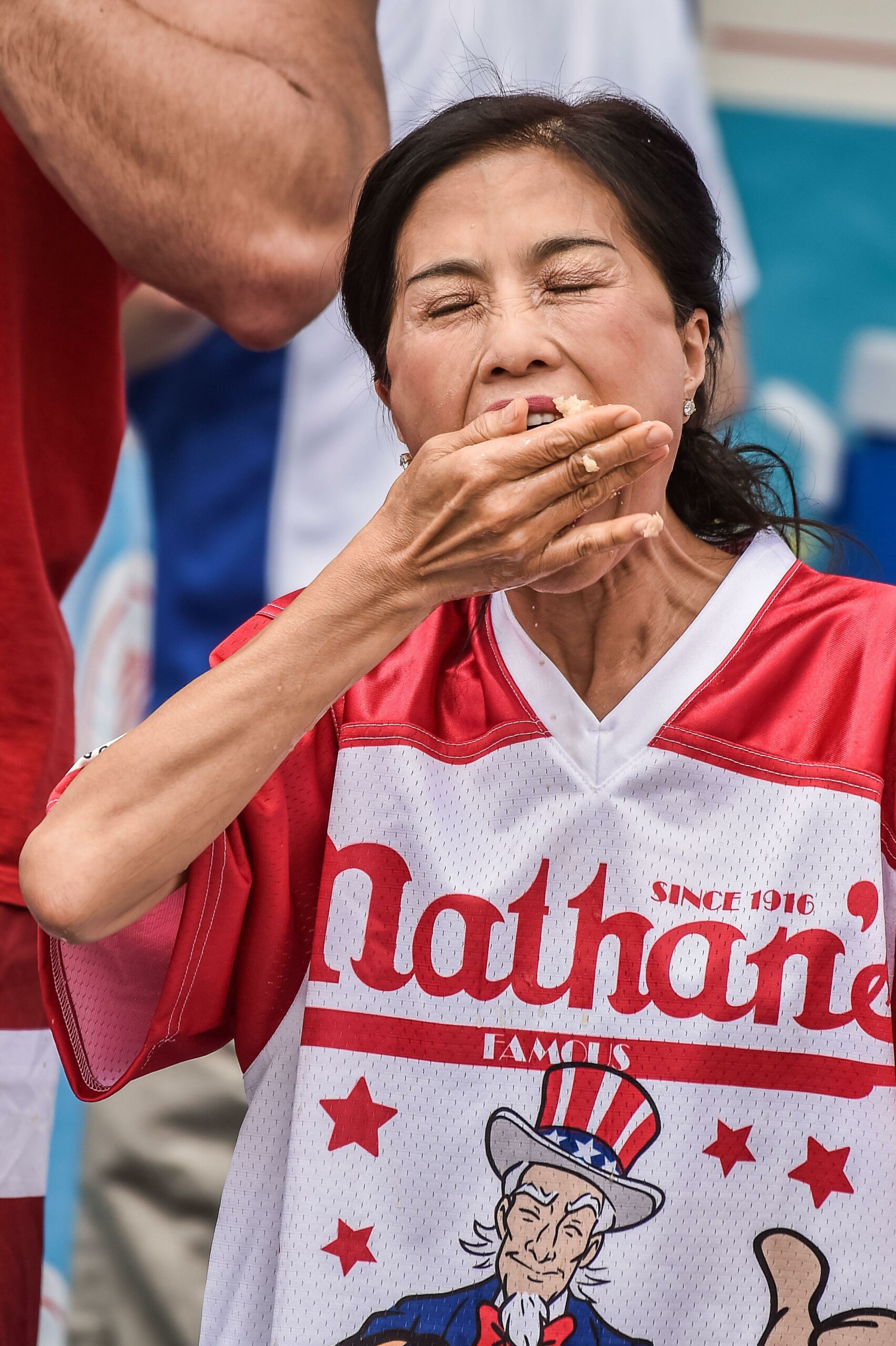 Juliet Lee is a regular competitor at Nathan's tournament (Credit: Alamy/Sipa US)

Another diminutive figure who has made their mark on competitive food, Juliet Lee had an unorthodox entry into Major League Eating.

Born in China, Lee was originally a chemistry professor at Ninjing University, before entering the arena in 2006. Since then, she has set several impressive records, including one for 13.23 pounds of jellied cranberry sauce in eight minutes. 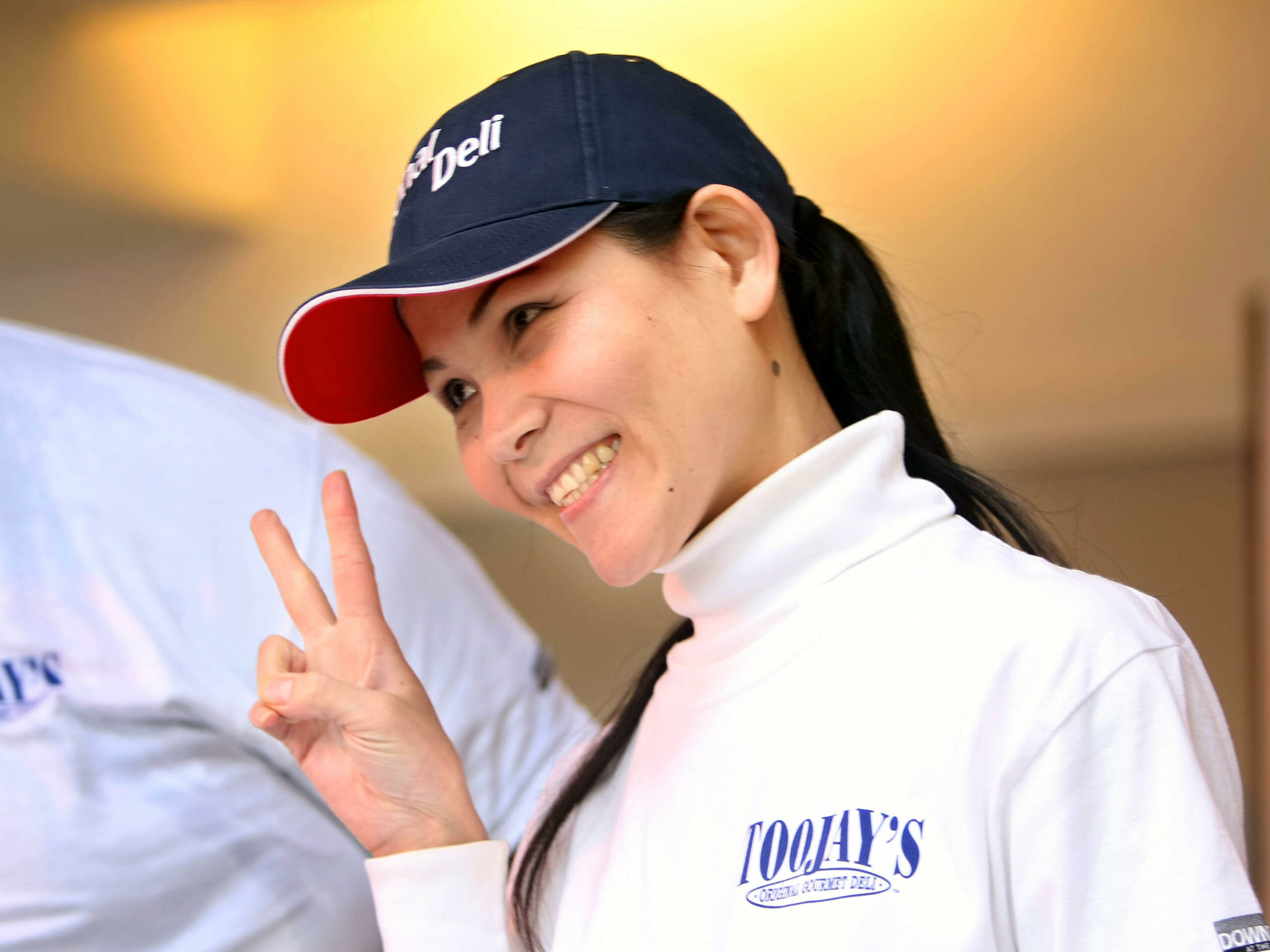 Sonya Thomas is one of the leaders of the Four Horsemen of the Esophagus (Credit: Alamy/Zuma press inc)

Also known as “The Black Widow” and “The Leader of the Four Horsemen of the Esophagus” Sonya Thomas has amassed over 20 world records during her career.

51 years old, and weighing just over 100 pounds, if ever an eater proves that you should never judge a book by its cover, it’s Thomas. No one who can eat 10 pounds of deep-fried okra in 10 minutes should be taken lightly. 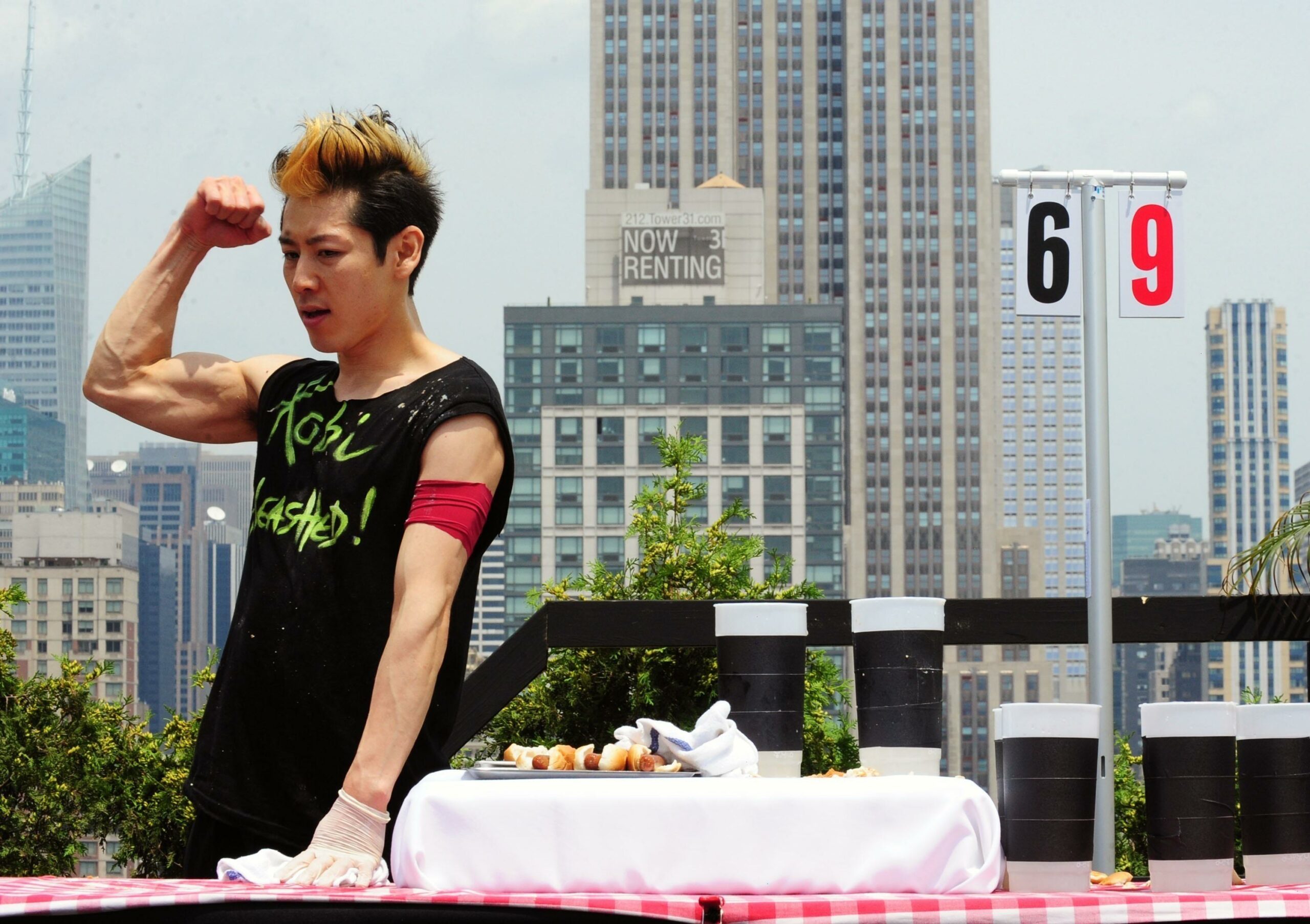 For a long time, Kobayashi was considered to be the best competitive eater ever (Credit: Alamy/Zuma press inc)

Arguably the Godfather of competitive eating, first Kobayashi burst onto the scene in 2001, where he smashed the then Nathan’s hot dog record of 25 by eating 50 dogs in the allotted frame.

Kobayashi reigned supreme until the arrival of Joey Chestnut, who we will come to later. Though he has since had a series of contract disputes barring him from competition, Kobayashi is still, undoubtedly, one of the best in the business. 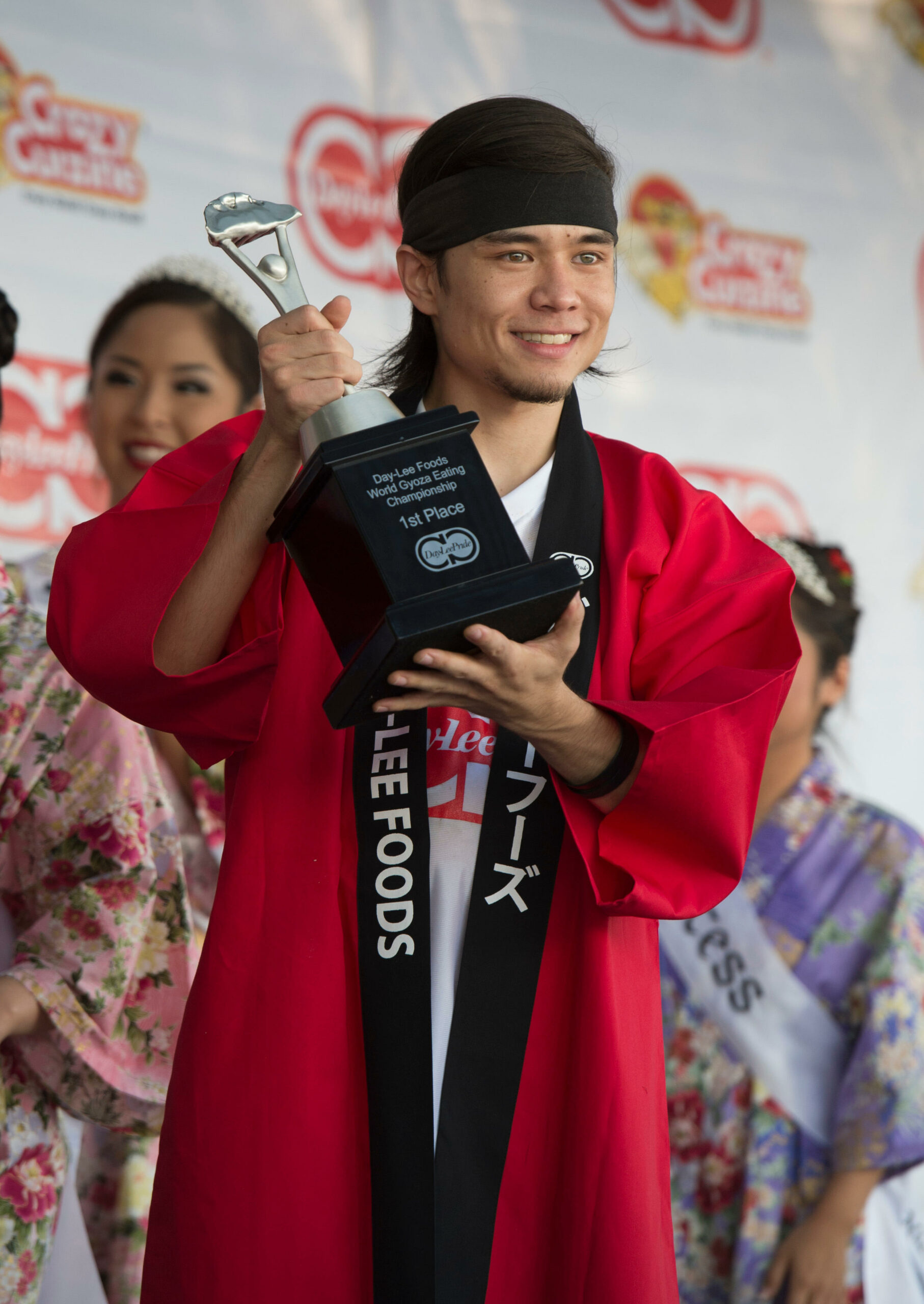 One of the most recognisable faces from the world of competitive eating, Matt Stonie made his name through a series of wildly successful YouTube videos, in addition to his numerous personal world records.

A previous Nathan’s winner, Stonie has also eaten 182 bacon strips in five minutes, as well as 255 marshmallow peeps in the same timeframe. 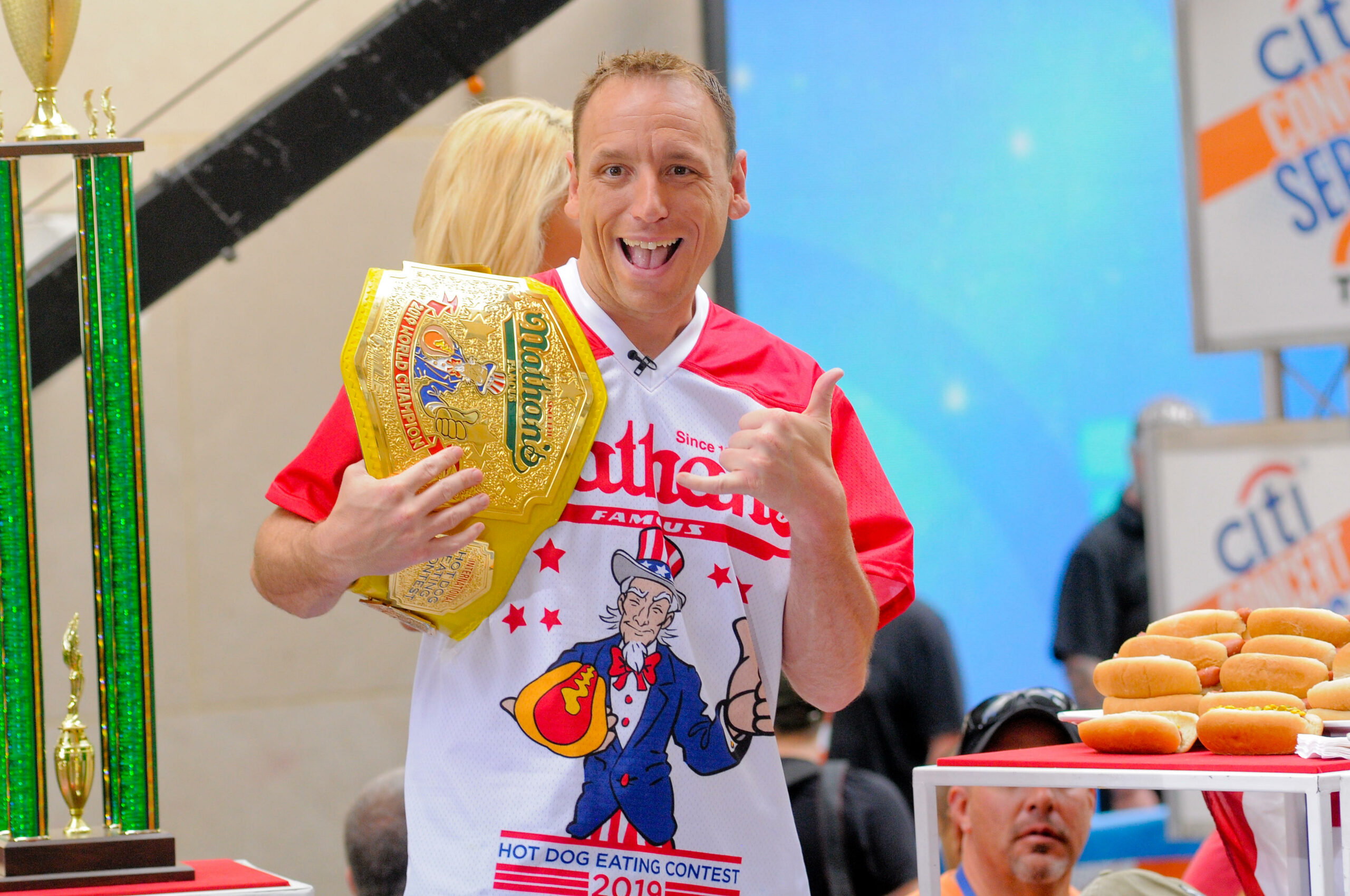 The dogfather himself. Joey Chestnut is, by any measure, the greatest eater of all time.

Owner of 43 world records in 43 different disciplines, Chestnut has won Nathan’s competition more than any other entrant and has broken his own records numerous times in the process. Not to mention his demolition of 182 chicken wings in 30 minutes flat. The GOAT.

Read More: The highest-paid people in the fast food business

Like Messi vs Ronaldo, there will always be an argument over who is the world's best competitive eater. Admittedly, Joey Chestnut's appetite makes it slightly easier.

But, whoever your favourite might be, it's clear that these competitors deserve some respect on their name.