This is the secret behind making moose cheese

Much as we might love the end result, most of us have no real idea how cheese gets made. Beyond nursery rhymes, curds and whey, the dairy industry might as well be magic.

Read More: Animals you won't believe you can make cheese from

If really pushed, we could probably tell you that something mooing, baa-ing or bleating was involved at some point in the process. The rest, we’re happy to leave up to the professionals. 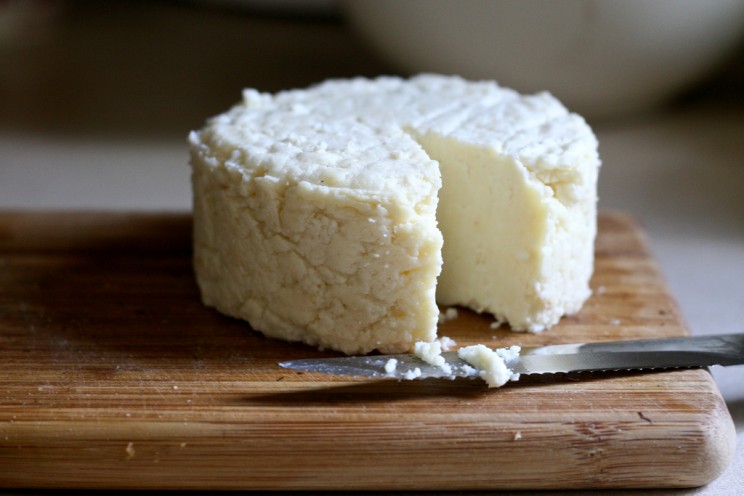 Despite our ignorance, we all have some expectations that our cheese must meet. It can be smelly, runny, mouldy or melty, but if it hasn’t come from a cow, a goat or a sheep, we’re all immediately suspicious. The idea of “pig cheese” hasn’t captured the imagination in quite the way that pig farmers would presumably like. Nonetheless, if you look a little deeper into the cheese industry, you can unearth some seriously strange sources for everyone’s favourite dairy product.

A fine example of this comes from Scandinavia. Just south of the Arctic Circle, in the chilly countryside surrounding Bjurholm, Sweden, the Johansen family have built a business off the back some highly unusual cheese-making livestock. Rather than adopt the more conventional, cow-centric path to cheesey greatness, the Johansen’s decided that their model would make the most of one of the northern hemisphere’s most iconic species. They decided to have a crack at making moose cheese.

Moose milk is actually produced and sold across Scandinavia and Russia, and is considered a delicacy in several regions. In Canada - a country famously affectionate towards their resident massive ungulates - bartenders have been making a “moose milk cocktail” for decades, featuring a mixture of Canadian whisky, Kahlua, eggnog and maple syrup. Currently, however, the Johansen’s are the only family that we know of to take moose milk to its natural conclusion.

The stars of “The Elk House” are three sisters - “Gullan”, “Haelga” and “Juno”. Between May and September, the sisters produce around five litres of milk each day. The procedure requires delicate handling and no small degree of patience.

Once the milk has been harvested, the Johansen’s set about producing four different types of cheese. A soft, white, camembert-esque mold cheese; stronger, sharp blue cheese and another drier blue are all big sellers for the family. The most popular cheese, however, has to be their moose feta, which is coveted by several local restaurants and prized for its “mildly acidic flavor (sic) and smooth texture”, according to Gastro Obscura.

The painstaking process of procuring moose milk, along with the limited production period means that the cheese commands a high price. Though not in quite the same ballpark as pule - the world’s most expensive cheese, made from Serbian donkeys - it still sells for around $500 per pound.

To top it off, the cheese is only available within a small radius of the farm. If you feel the urge to try cheese from a more unorthodox corner of the animal kingdom, you have little choice but to head into the Swedish countryside and track down these three, cheesy moose. Or else, you’ll have to forever wonder what it’s like to live a little dangerously with your after-dinner food options.

Read More: What is the cheesiest food in the world?