Every home cook knows the powerful sense of dread when a recipe calls for “the juice of one lemon”. The sticky struggles posed by every citrus fruit are annoying enough, but when you’re also trying to avoid errant pips and misguided sprays the situation can become too much to bear.

Literally hundreds of kitchen gadget designers have dedicated a good chunk of their time to solving the problem of painless juicing, often without success. However, thanks to the trials of one particularly cunning social media chef, home cooks everywhere can finally look forward to stress-free lemon use. As it turns out, we never needed an electric squasher or manual crusher. All that was required was a skewer and a pair of hands.

The solution to our juicing woes was posted by TikTok user Jacqui Baihn, whose lemon tutorial has been seen almost 400,000 times since it appeared on the platform. The trick itself doesn’t even involve a knife, and simply requires a cook to insert a thin metal skewer into the top of the fruit, creating a small hole at either end.

Next, as per the instructions provided in Baihn’s video, cooks should position the lemon over a cup or container and simply squeeze. The juice will gush out in a single steady stream into the receptacle below, without splashing anywhere and avoiding the need to go fishing for pips. Like most great ideas, it really is that simple.

As the hundreds of comments on her hack suggest, Baihn’s technique has really struck a chord. One user wrote, “I had no idea about this! Been squeezing lemons so wrong for so long!” Another added, “Wow this is actually incredibly smart,” while a third simply stated, “Mind blown.” 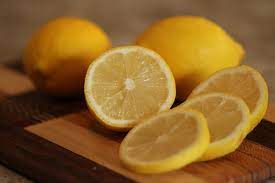 Much like her audience, Baihn seemed to be equally astonished at the trick. The original clip was captioned “I was today years old when I found out you could do this”, suggesting that the hack was just as exciting for her as anyone else. It just goes to show that when life gives you lemons, there may well be an easier way to make lemonade that you don’t yet know about.