An impromptu display of patriotism is confusing Brits after footage from inside an American supermarket on Independence Day went viral this weekend.

The clip, which shows a gaggle of food shoppers joining forces to recite The Star-Spangled Banner has been described in moving terms by many viewers.

However, British observers seem incredibly bemused by the spectacle, causing a divide online. 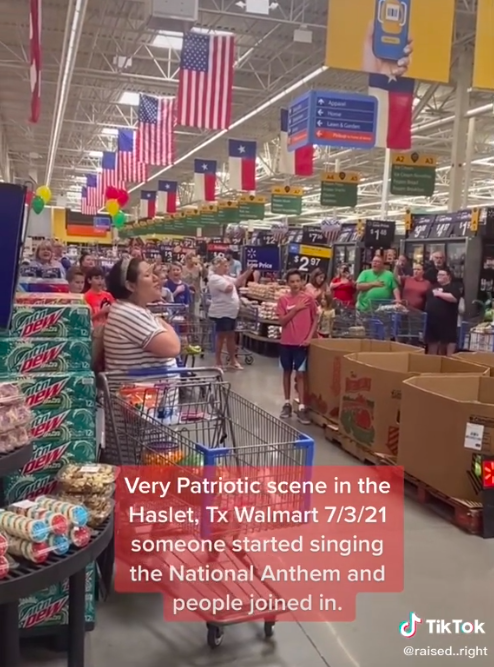 In the video dozens of individual food shoppers appear to simultaneously stop mid-grocery run, place their hands over their hearts and burst into a rendition of the American national anthem.

Recorded at a branch of Walmart in Haslet, Texas, this Fourth of July, the clip was posted by TikTok user @raised..right. In a caption accompanying the clip, the poster wrote: "Very Patriotic scene in the haslet, Tx. Walmart 7/3/21 someone started singing the National Anthem and people joined in."