A furious argument between a meat-eating chef and a disgruntled vegan has gone viral, after the cook was accused of "appropriating" vegan culture by serving tofu.

In a bizarre exchange, an angry messager accuses the unknown chef of "pretending to be a vegan cause it's cool", before claiming that "tofu is strictly for vegans and vegetarians". 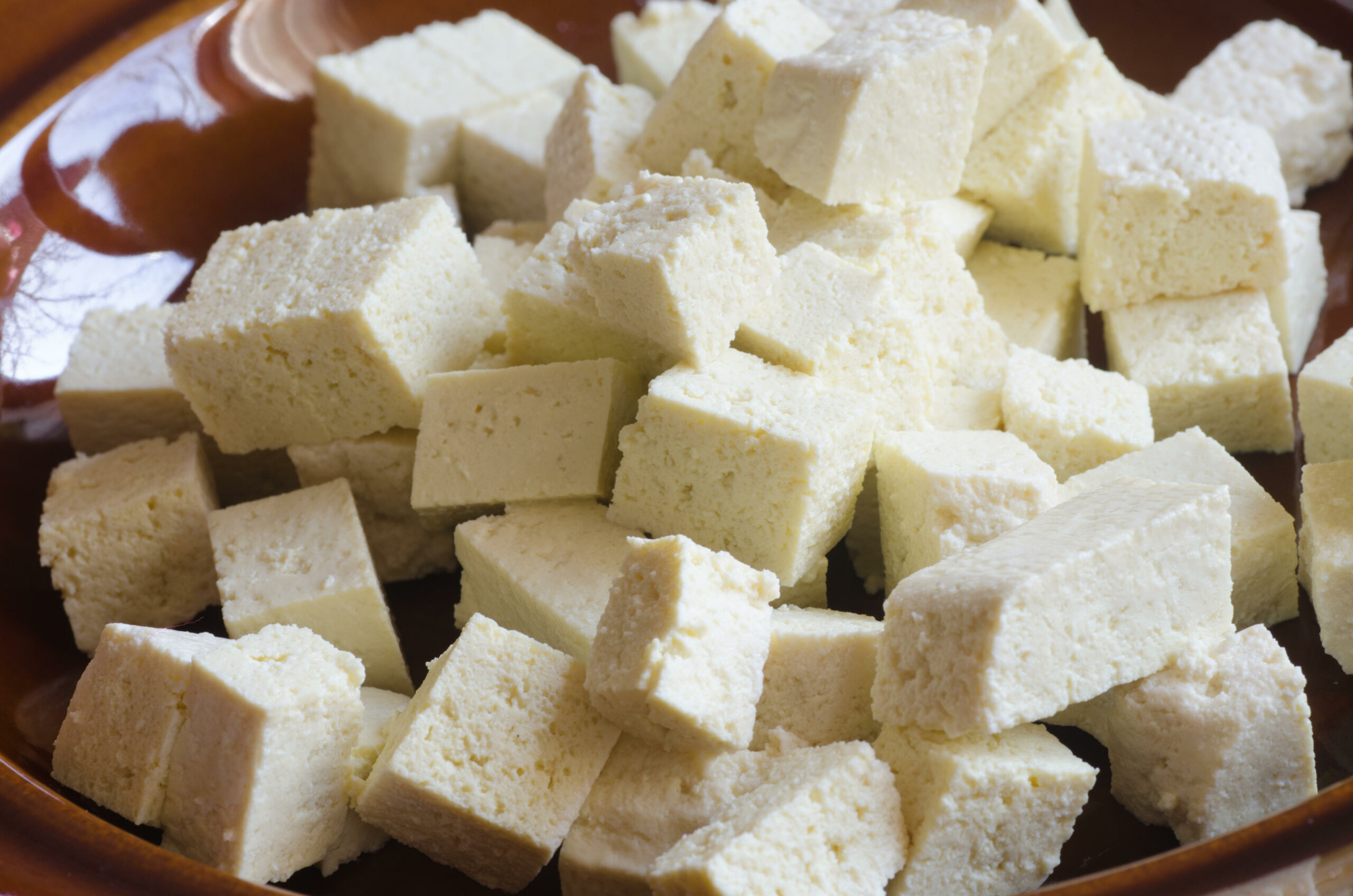 Tofu is at the centre of a fierce online debate (Credit: Alamy/Agata Gładykowska)

The now-viral exchange starts with a vegan initially praising a chef for sharing a "delicious" recipe for tofurky on what we can assume is a plant-based food group.

After some confusion, the chef admits that he doesn't "like the taste and texture of most meats", but is not vegan or vegetarian. This does not go down well with the messager.

In a surprising tirade, the person claims that only vegans or vegetarians should be able to eat tofu. They then go on to add: "You are basically admitting to appropriating us and stealing what we need for your own selfish use.

"I am going to request to the admin that you are removed from our group."

Unsurprisingly, this does not go down well with the chef. In a terse response, the recipe creator writes,""With all due respect, I'm not appropriating anything, I'm eating food I like, you absolute f**k."

This, perhaps understandably, brings the conversation to an end. 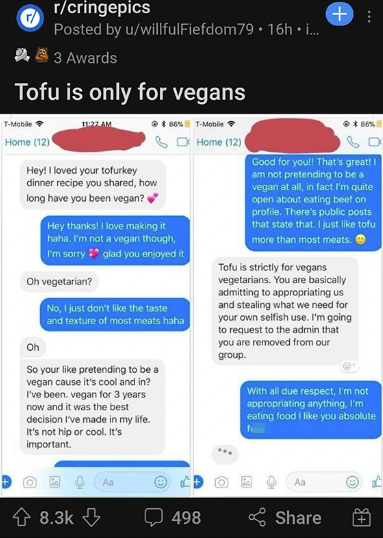 The conversation has gone viral on Reddit (Credit: Twitter/Kripparian)

'This is why I didn't go vegan earlier'

Unsurprisingly, the shocking exchange is causing a real stir online. Many people on Twitter couldn't believe that the vegan was willing to let the chef keep eating meat in the name of gate-keeping tofu.

As one bemused commentator said, "This is why I didn't go vegan earlier". Another added, "So..it's better he stops eating tofu and eats even more meat? Jesus Christ some people struggle".

READ MORE: Meet the Made in Chelsea star and former YouTuber trying to create a 'vegan McDonald's'

Many people were also confused by the idea that vegans can claim ownership over the quintessential Asian ingredient tofu. In fact, several pointed out that traditional recipes often pair tofu with meat.

As a Redditor explained: "Imagine when they find out that the people who invented tofu, China, generally don't consider it a meat alternative and often serve it in dishes with meat, e.g., mapo tofu."

Questions of appropriation in cooking are clearly important. However, in this case, the person on the attack may have slightly over-stepped the mark.