Gordon Ramsay is famous for his signature Beef Wellington recipe. Despite the chef's extensive repertoire, this is the dish that he and his fans come back to time and again.

As anyone who has ever attempted to make it knows, pulling off the perfect Beef Wellington is no mean feat. However, cooks at every level can rest easy knowing that, whatever they do, it will surely be better than one horrifying TikTok attempt.

You know if a dish brings Gordon Ramsay to tears, there's something seriously wrong with it. 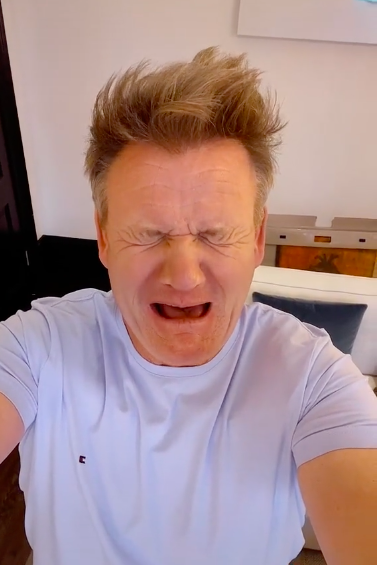 Posting a clip to his official TikTok account, Gordon Ramsay seemed genuinely heartbroken by a bizarre attempt at Beef Wellington.

In the original video, shared by @succhefful, an amateur cook prepared a bizarre twist on the traditional dish. Instead of beef fillet, parma ham, mushroom duxelles and pastry, this recipe involved corned beef, squeezy mustard and a sandwich loaf.

The cook first spread disks of packet ham on a kitchen counter. He then slathered the meat with mustard, dropped a wedge of corned beef into the middle and created a skin pink meat parcel.

After, this ham/mustard/beef mixture was sandwiched inside a bread loaf. Finally, the whole thing got a blast in the microwave before being served alongside a squirt of ketchup.

Needless to say, the concept did not amuse Ramsay. 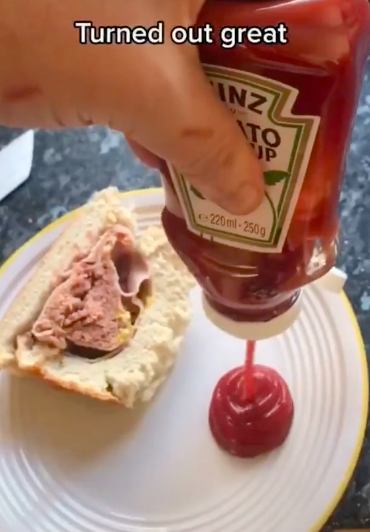 Ramsay's reaction to the recipe was understandably distraught. In his own rebuttal, the multi-Michelin-starred chef openly weeped over the concept.

His crying accompanied a mournful caption, in which Ramsay wrote: "Followed my #beefwellington recipe? Mate you’ve brought me to tears 😭."

Given his reputation for unsympathetic feedback, you might expect Ramsay to receive little empathy from the Internet. However, a surprising number of people actually seemed equally upset about the horrible bread welly.

One commentator wrote, "I don't think Gordon can recover from this." Another added: "Don't make Gordon angry."

However, not everyone was quite so supportive. As one gleeful follower put it: "This is the first person to make Gordon cry. Congratulations."

It turns out that a career of slandering other people's cooking has consequences if you're looking for compassion.