Labor Day is a chance to enjoy some delicious sandwiches as we celebrate the achievements of America's workers.

While the holiday wasn't official until 1894, it's been celebrated in one form or another since 1882. Way back then, the first official Labor Day was originally intended to be a protest – just like Pride – with workers using the holiday to take a stand against poor working conditions.

However, the campaign ended up being a celebration as well as a protest, with a parade taking place in Manhattan and families throwing picnics that lasted all day! This spirit of celebration has been passed down over the years, hence the popularity of sandwiches around the holiday.

Of course, when it comes to sandwiches, not all are created equally. So to make sure Labor Day 2021 is one to remember, we've compiled a list of Twisted's best sandwich recipes from Twisted: The Cookbook for the perfect celebratory picnic.

Check out seven delicious sandwich recipes for lunch below:

The US has a rich Italian history, which is why this sandwich is guaranteed to be a winner for Labor Day. A perfect combination of sweet and savory with a hot punch, you can be sure that you and your guests will be left satisfied by this meaty sandwich.

To make this delicious sandwich, you'll need to begin by rustling up the sauce, which requires you to heat up two tablespoons of olive oil in a pan over medium heat.

After this, add two thinly sliced garlic cloves and fry till colored, then add 150ml of red wine, three cans of plum tomatoes, half a medium onion, a teaspoon of white sugar, and salt.

Once you've done this, cook the sauce for about an hour before moving onto the main event: the meatballs.

The first step here involves chopping four slices of white bread into small pieces and placing them at the bottom of a bowl, then grate over one large onion and mix. 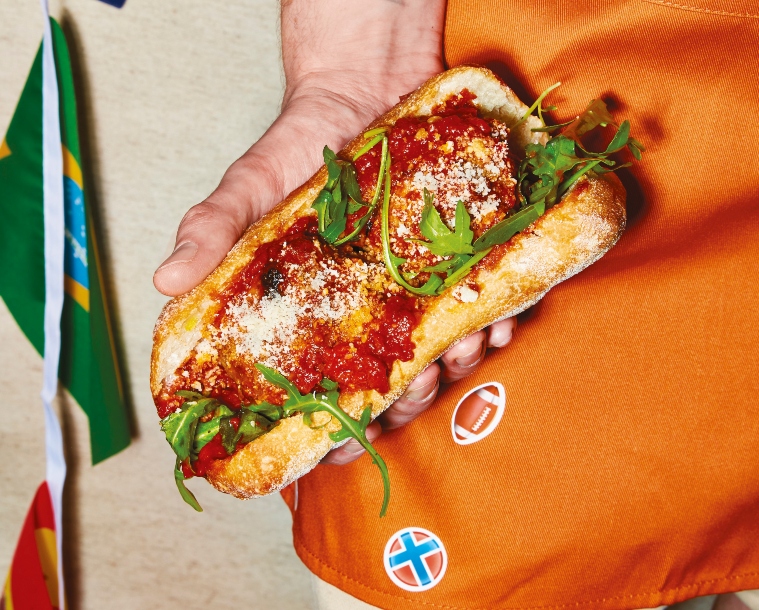 Sicilian Meatball Sandwiches are the perfect addition to any picnic (Credit: Twisted)

After 10 minutes, add 500g of minced beef and 500g of minced pork, one and a half tablespoons of flaked sea salts, the same amount of black pepper, two teaspoons of whole ground fennel seeds, a whole egg and yolk, and finally six crushed, pasty garlic cloves.

Then mix all of your ingredients together – including 40g of pine nuts, 60g of raisins, 60g of parmesan, and a handful of fresh oregano – before preheating the grill to high and lining a tray with greaseproof paper to cook.

Using the ingredients listed, you will be able to make between nine and 14 large meatballs. Simply pop them on the tray and slide them under the grill for six to eight minutes on each side until they are almost cooked through.

Add them into a pan with tomato sauce and simmer for a few minutes on low heat until they are completely cooked. A word of warning though: cooking them for too long will result in hard meatballs!

The final step is adding the meatballs to French baguettes and adding fresh rocked and grated Parmesan for those all-important finishing touches.

This is the sandwich equivalent of a Hawaiian pizza, and it's as tasty as you'd expect it to be, with pineapple chutney that's guaranteed to tingle your tastebuds.

Begin by cooking 2kg of bone-in ham hocks in a large saucepan and cover with 3cm of water. Cook until simmering, then remove the water before adding a halved large onion, two celery sticks, a bunch of flat-leaf parsley stalks, a tablespoon of black peppercorns, two bay leaves and a halved carrot.

Boil your ingredients and cook on a simmer for three hours before removing any bones.

Combine and ferment for around 30 minutes before adding your ham to a baguette and topping with the sauce. 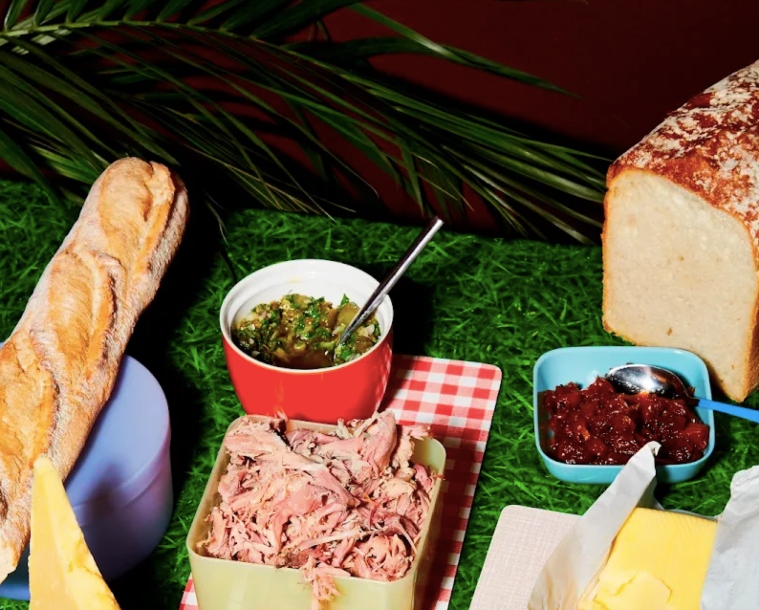 The Hawaiian is the sandwich equivalent of a Hawaiian pizza (Credit: Twisted)

The final part of the sandwich is the pineapple chutney, which involves heating two tablespoons of neutral oil in a heavy saucepan over medium-high heat and adding a teaspoon of black mustard seeds and a star anise.

You can finally add the Hawaiian part of the sandwich in the form of 350g of pineapple, six tablespoons of brown sugar, one peeled and diced apple, which should be cooked until caramelized.

Add 120ml of cider vinegar and 150ml of water before seasoning with salt and cooking for an hour, with occasional stirs and the addition of water if needed.

The greatest thing about this part of this recipe is that if the sandwiches prove to be a hit, the chutney will last for two months.

Lastly, load it all up, by buttering bread and filling it with the ham chutney and cheddar.

While ham and meatballs are great, sometimes you just can't beat a bit of fried chicken. And making it properly without the help of Colonel Sanders is entirely possible thanks to Twisted!

For this sandwich, you'll need eight boneless, skinless chicken thighs, and you will start by submerging them in brine for 16 to 20 hours before bringing the chicken out of the solution and letting it come to room temperature.

You will then add three tablespoons of vodka into two beaten large eggs in a shallow bowl before combining 200g of Italian '00' flour with 100g of plain (all-purpose) flour in a shallow baking dish.

Cover the chicken thighs in the seasoned flour before drizzling two tablespoons of the vodka and egg mixture into the remaining flour and mixing it with your fingertips.

Coat a floured chicken thigh in the remaining mixture, before repeating with the others and allowing them to rest for 15 minutes. 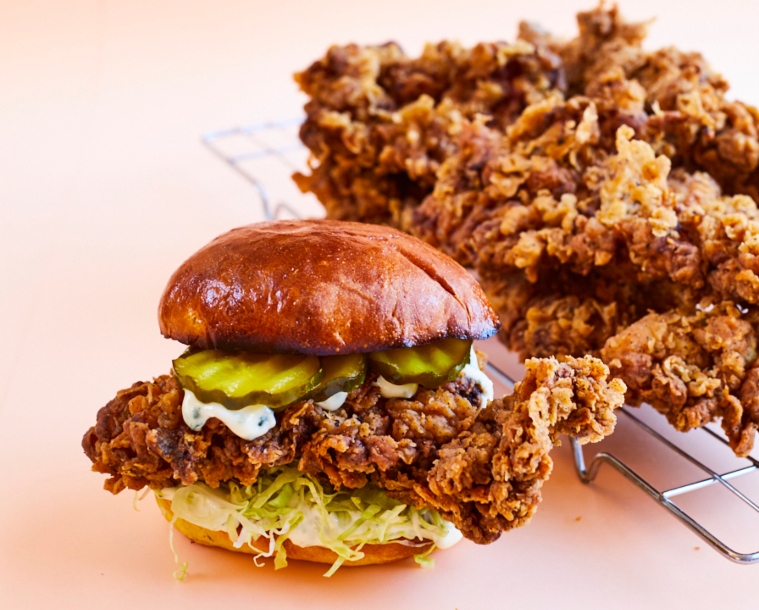 Treat your tastebuds with a fried chicken sandwich this Labor Day (Credit: Twisted)

You are now ready to cook the chicken in a heavy saucepan with three centimeters worth of oil that should be heated to 180°C.

Cook each piece of chicken individually for six to seven minutes and be sure to turn them so that they are evenly browned.

After this, it's time to put it all together, and you can toast your sandwich rolls, add mayonnaise, then pop in your crispy chicken and garnish the whole meal with pickles and lettuce!

A true American classic, this sandwich has been a hit in the US since the 1930s, but Twisted has given it a signature twist that's sure to delight your tastebuds.

This sandwich starts off very simply and requires you to lightly toast six slices of white bread, then butter and add mayonnaise.

You're now ready to add your filling to three of the six slices, beginning with one slice of folded mortadella, some grated cheese, turkey, more grated cheese and another slice of mortadella.

Add the second toasted piece of bread on top and weigh the sandwich down with something heavy for around 15 minutes.

You then have to combine 200g of plain (all-purpose) flour, 50g of cornflour, one teaspoon of baking powder, a third of grated nutmeg, a teaspoon of sea salt and a teaspoon of ground black pepper in a tray.

Once you've done this, it's time to whisk 350ml of whole (full-fat) milk and two large eggs together and add it to the tray to create a batter. 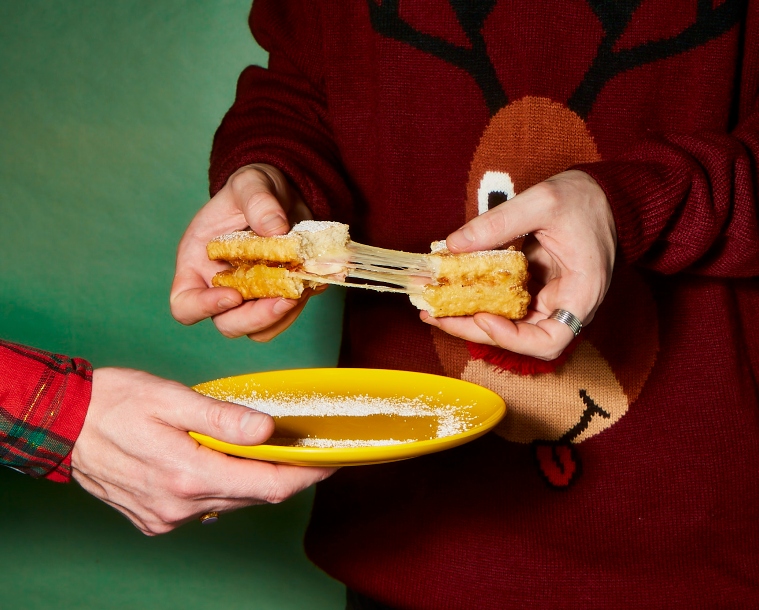 After this, slice each piece sandwich into three or four fingers and dip them into the batter before placing them in hot oil. Just be careful not to let too much batter drip off.

Allow them to fry for three or four minutes until they are crunchy and golden brown, and once you've let them drain and cool on a rack, dust with icing sugar.

This is a great option if you're looking to cook up something different on Labor Day. This sandwich takes inspiration from Cacio e Pepe, which is a creamy Roman sauce that's been making waves around the world. It's made from rich and nutty Pecorino cheese and comes with a spicy dose of black pepper.

To create this savory, cheesy delight, you will begin by pulsing 450g of plain (all-purpose) flour, a quarter teaspoon of bicarbonate of soda, a tablespoon of sugar, two teaspoons of fine sea salt, a tablespoon of ground black pepper.

Then add 225g of unsalted butter that's in cubes and 60g of melted butter. You should then pulse the mixture and stop when the butter pieces have been reduced to the size of peas.

Move the mixture into a bowl and add 35g of grated Pecorino cheese, 85g of grated double Gloucester cheese and 235ml of buttermilk before combining it all together. 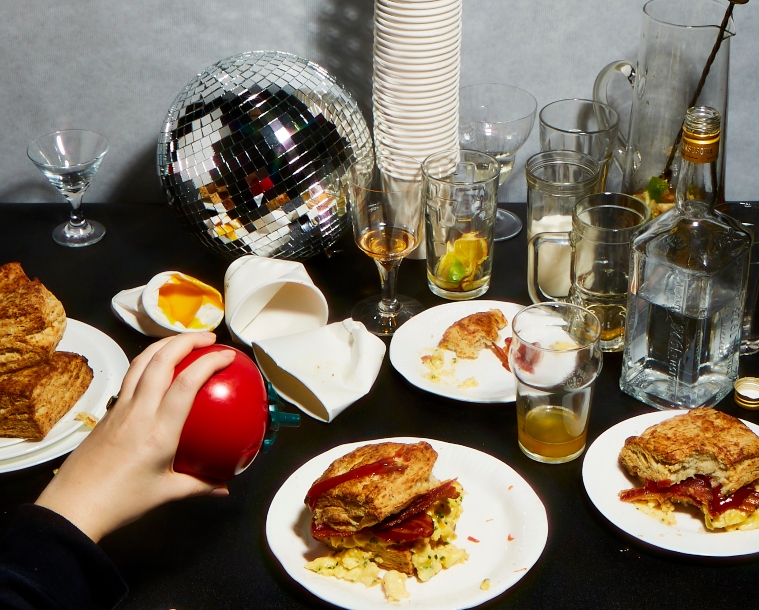 Cacio E Pepe Biscuit Sandwiches are  a great if you're looking to cook up something different (Credit: Twisted)

Dust a sharp knife with flour and cut the thick rectangle into six equally sized square pieces before putting them on a baking tray and letting them sit for 30 minutes, preheating the oven to 220°C in the meantime.

You should then heat two tablespoons of olive oil in a non-stick frying ban on medium heat and then fry 12 rashers of bacon until crisp.

After this, take out your biscuits and brush them with melted butter before baking for 20 minutes until they have a golden top.

Melt two tablespoons of unsalted butter in the frying pan on low heat and add the eggs to scramble. The aim here is to create a creamy mixture.

Now it's time to serve, which involves cutting the biscuits in two and filling them with eggs and crispy bacon. You can then serve with your choice of condiments.