Marks and Spencer Romford's rise to TikTok stardom: from flogging Percy Pigs to the race for Christmas number one

Food brands so rarely do social media right. Whether it's a burger chain awkwardly chiming in to every trending topic on Twitter or supermarkets sparring with each other over their latest products, sometimes the whole thing can just feel cringeworthy.

But somehow, perhaps unwittingly, Marks & Spencer has made a genius PR move. The supermarket gave its local  branches the go-ahead to create social media accounts during lockdown, and through the darkness, one establishment shone through.

M&S Romford originally made a Facebook page in order to advertise opening times and to update customers on stock during the great toilet roll shortage of 2020. But spurred on by the store's team manager, Sarah Hutcherson, they later started a TikTok, and their online presence sky-rocketed from there.

A whopping 61,000 followers, 1.5 million likes and a few viral dances later, they've now launched their very own Christmas song, in collaboration with TikTok, Shelter and Together for Short Lives .

And the team (made up of Jack Brooker, Sarah Hutcherson, Steven Hester, Simon Bell, Sharon Rougier, Clinton Amponsah and Joseph Duodu) have their sights on Christmas number one.

Check the banger out for yourself, below:

READ MORE: What food do people eat for Christmas around the world?

'This Is Not Just A Christmas Song' is basically what you get when you mix quintessential M&S with a big dollop of festive cheer – we're talking rapping about Percy Pig, dancing down aisles of boujie glitter-globe gin and tinsel clad staffers, in Christmas jumpers.

Keen to meet the man who made it all happen, Twisted caught up with team support manager and lead vocalist Jack, 29, who penned the viral hit, to find out how he was adjusting to his newfound fame.

"[Since releasing the Christmas song] it's been mental," Jack tells us. "We've had customers coming in and asking us to sign their receipts, or take selfies.

"Someone was on FaceTime, and she was like, 'Oh, can you say hello to my friend?' It's just mad. It's amazing, but then at the same time, I'm still doing my same job every day, so I'm very humbled." 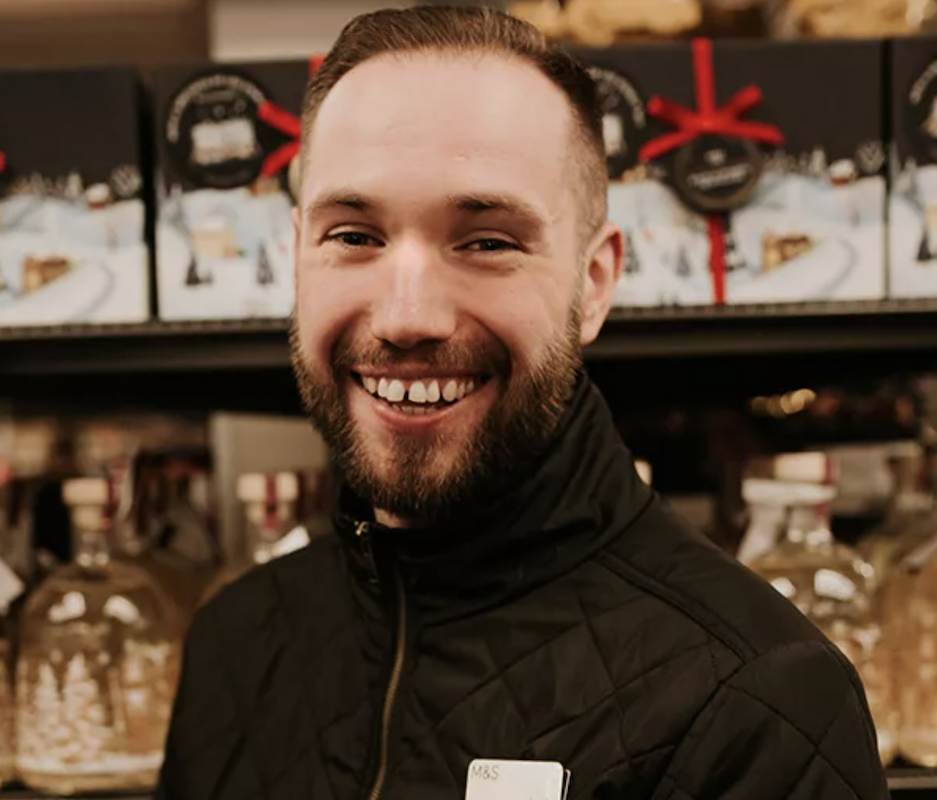 Meet Jack, the star of the festive banger (Credit: M&S)

Jack, who has been working at the store for the last 10 years, wrote the song in one evening after spotting a comment on TikTok suggesting they should give the Christmas charts a bash.

"We've done boy band style videos on TikTok, and there were quite a few comments on there saying 'M&S for Christmas number one', so I thought, 'I'm gonna go home and see what I can do," he says.

Alongside his day-job, Jack is also a musician, and has been recording tunes since the age of 13. So, he saw the demands from his new-found fans as a fun excuse to flex his vocal skills.

Two hours later, the M&S manager had penned the masterpiece, including a rap, with the lyrics: "This aint any Christmas song, it's an M&S one/ cos we light up the Christmas tree my darling, mulled wine in my cup". 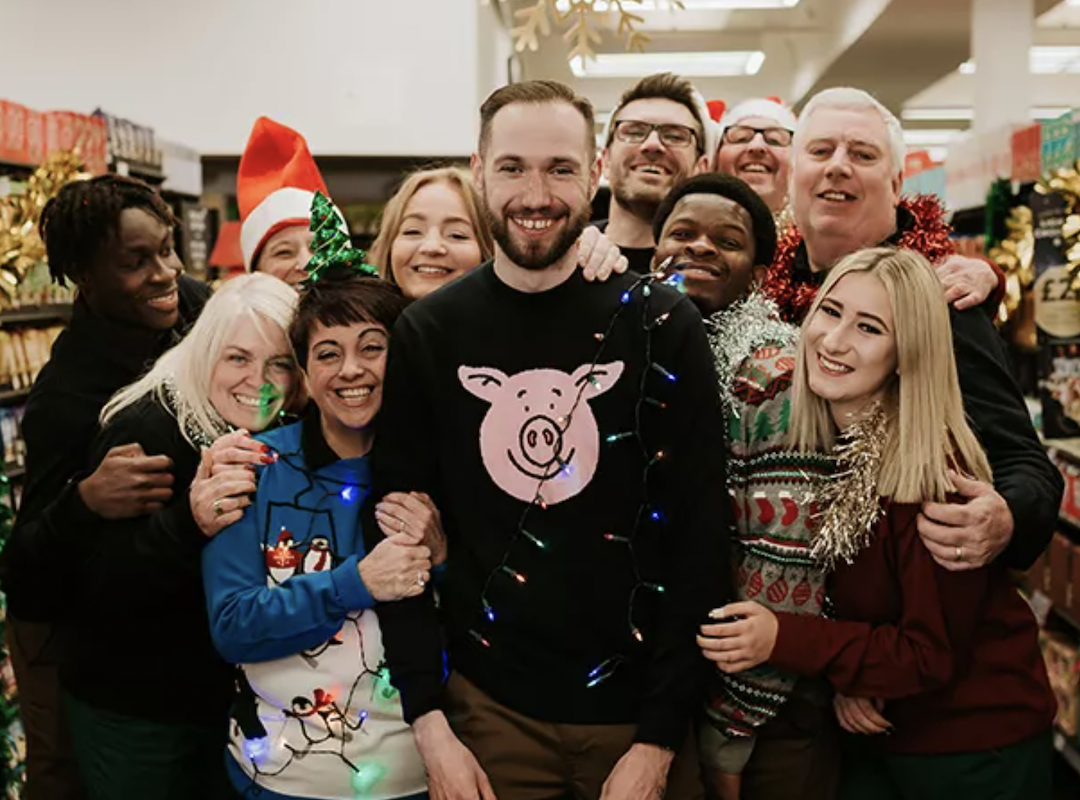 The tune peaked at number two in the official charts last week, and even found itself amongst big players like Ed Sheeran and Elton John.

But as much as he'd love the charity single to reach the top, Jack says it isn't all about the final chart position.

"The customers are loving it, head office were massive fans of it as well, and from the comments that I see online, everyone else is too," he says.

"As long as I'm making people smile and singing the song in their heads, I'm happy." 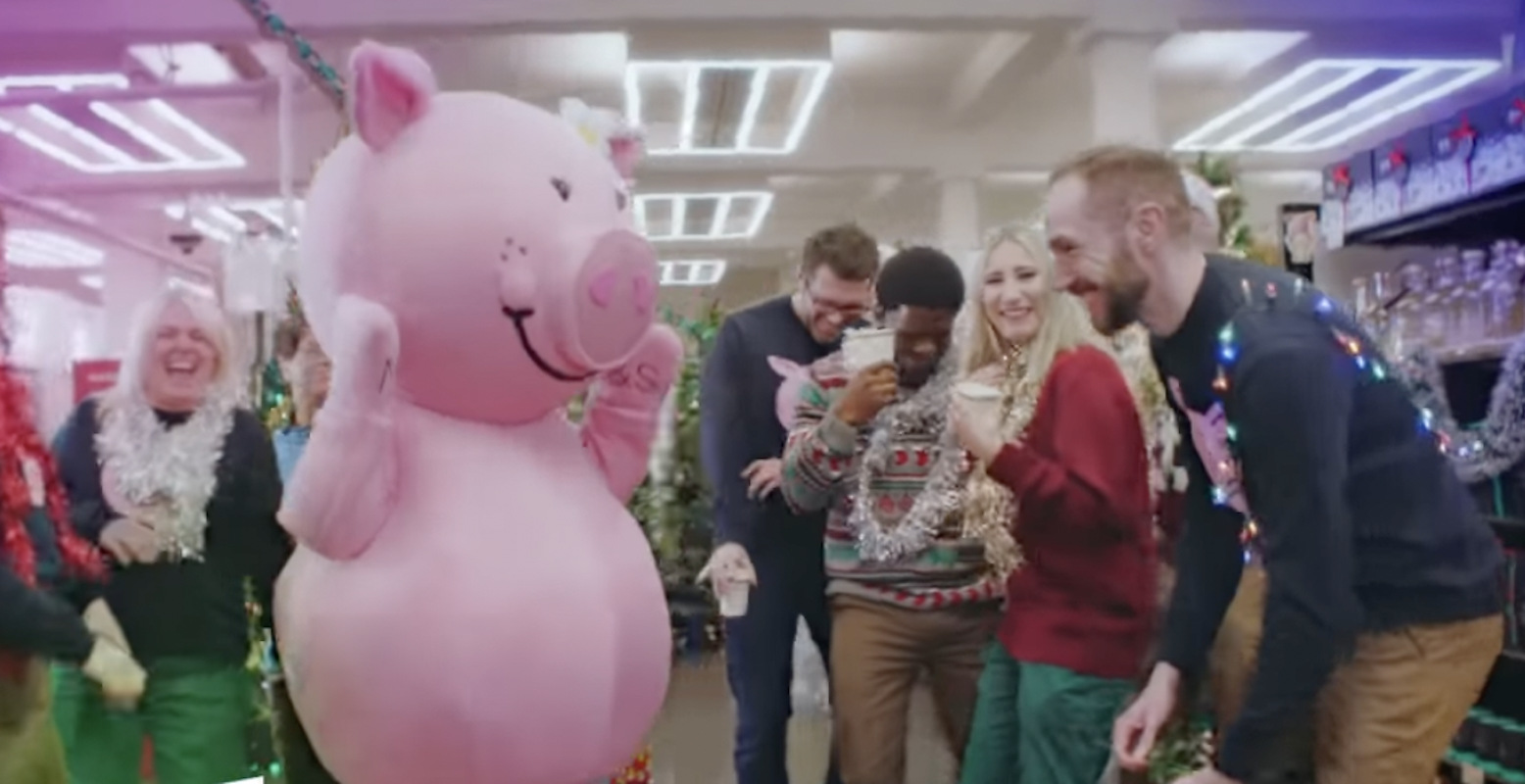 Even Percy Pig's got involved in the music video (Credit: M&S)

On that front, Jack can certainly rest easy.

Reacting to the video, which now has 40,000 streams on YouTube, one fan said it was "organically wholesome and fantastic and not only makes me want to go to M&S but to this particular one in Romford".

Meanwhile, another teased: "This is how you do it, John Lewis". (If you're reading this, M&S, we'd say that's sufficient grounds for a promotion!)

Perhaps the one good thing to come out of this hellish two years, the team's newfound success is thanks, in part, to Covid-19.

"That's why we started our Facebook page – to tell people what was going on – but for it to just evolve and go how it's gone is amazing," a smiling Jack tells us. "It's just a nice way to connect with our customers. We love it."

To support M&S's Team Romford and their Christmas song, you can stream it on Spotify, Apple Music and Amazon Music today. Check out their TikTok here, for even more fun videos.

And remember, if you find yourself in M&S Romford, try not to fangirl too much – they still have day jobs to do!