Has Matt Tebbutt got a restaurant, who is his wife and how much is the Saturday Kitchen host worth?

Matt Tebbutt has made Saturday Kitchen his own after taking the mantle from the hugely popular James Martin,

The 47-year-old has enjoyed a long career in front of the camera, presenting some of daytime telly's best-known food shows.

However, there's much more to Tebbutt's career than cooking on screen. 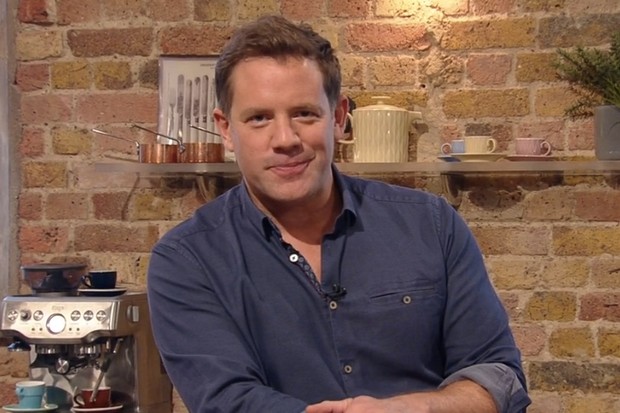 Who is Matt Tebbutt?

Matt Tebutt is a talented chef who became famous hosting shows like Food Unwrapped, Drop Down Menu and, of course, Saturday Kitchen.

Born in Buckinghamshire before moving to Wales when he was just six months of age, Tebbutt wasn't always interested in a career in food.

In fact, he actually took a degree in Geography and Anthropology from Oxford Brookes University. From there, he went on to study at the illustrious Leith's School of Food and Wine, gaining a diploma in food as a result.

READ MORE: Who are the Saturday Kitchen chefs?

Since then, his career has included some of the UK's top kitchens, as well as several appearances on prominent TV programmes.

After James Martin's departure in 2016, Tebbutt has been the leading host for the BBC's popular Saturday Kitchen show. 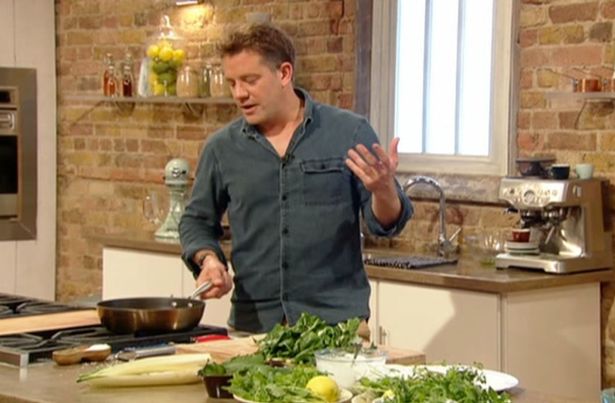 Has Matt Tebbutt got a restaurant?

Matt Tebbutt doesn't have his own restaurant, however, you can try his incredible food at the Schpoons & Forx eatery and Level8eight sky bar at the Hilton hotel in Bournemouth.

In December 2015, the celebrity chef took charge of the hotel's menu, using "bold flavours and spices to create unique, delicious and comforting dishes that showcase the feature oven's versatility".

The celebrity chef took over the hotel's menu after closing down his popular Foxhunter restaurant on January 10, 2015, in Nant-y-Derry, South Wales, which he ran with his wife, Lisa.

During Tebbutt's 13-year tenure at the helm, the restaurant won several accolades. These included the prestigious AA restaurant of the year for South Wales.

However, despite the restaurant's success, Tebbutt announced in December 2014 that he would be closing the eatery's doors for good.

Opening up about the decision at the time, he  said: "After 13 very happy and tough years, The Foxhunter is sadly closing its doors. Exciting new projects I couldn’t refuse."

Elaborating on his decision to close there restaurant, the chef told Wales Online: "We’ll be sorry to leave The Foxhunter after 13 amazing years, but the next few years are going to be very exciting for us.

"I’m hoping I will be back in a working kitchen in the future – I think I’ll miss it too much!"

He of course did end up back in the kitchen just months later after signing his contract with Hilton Bournemouth.

Announcing he would be heading up the Hilton bar and restaurant, Tebbutt told Big Hospitality at the time: "I have been eager to get back into the kitchen and launch something really exciting and innovative. This new partnership with Hilton Bournemouth will see us open an all day restaurant and sky bar positioned as a real destination venues in their own right."

It's reported that Tebbutt and his wife still own the Foxhunter – however, they now lease the property out and the business now operates as a pub instead of a restaurant. 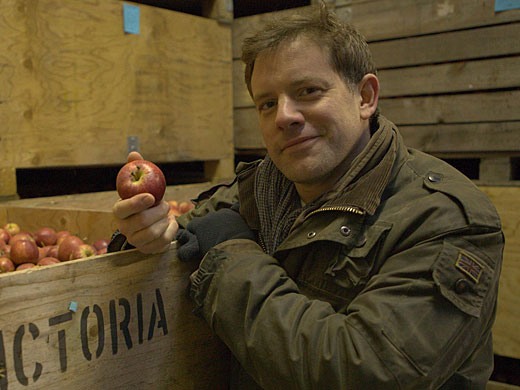 How much is Matt Tebbutt worth?

Thanks to his successful TV career and long stint at the helm of a successful restaurant, Tebbutt is estimated to have a net worth of around £3.6 million ($5 million).

According to the website InfoCelebs, Tebbutt owes his wealth to a string of successful presenting gigs, besides Saturday Kitchen.

READ MORE: Anthony Bourdain's new book is a must-read for anyone planning a Parts Unknown pilgrimage

This helps explain how he become so successful in such a difficult field. 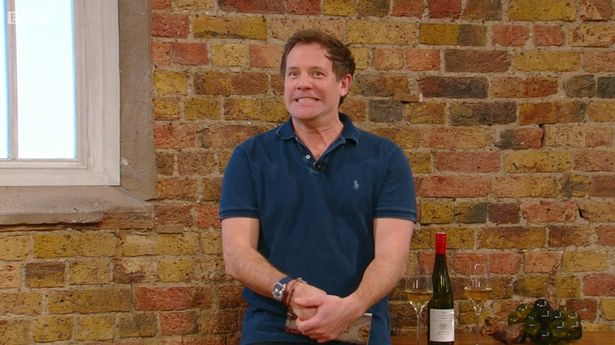 What did Matt Tebbutt say on Saturday Kitchen when he didn't realise his mic was on?

Despite Tebbutt's successes as a presenter, he is not immune from the occasional blunder. As anyone working in live TV knows, you've got to keep your wits about you.

Earlier this year, Tebbutt found himself in hot water after he accidentally swore into a hot mic during the Saturday Kitchen intro.

A red-faced Tebbutt was overheard castigating his cameraman, commenting, "Bloody hell, Murray, that's miles away!" just before the show began.

READ MORE: Anthony Bourdain's new book is a must-read for anyone planning a Parts Unknown pilgrimage

Ever the consummate professional, Tebbutt quickly recovered to continue the show. However, social media was typically unforgiving, and it didn't take long for the comments to come flooding in.

Tebbutt subsequently apologised during the programme, stating: "I think I need to make an apology.

“At the top – if you heard – I was having a chat to our man on the jib, Murray over there, and I do apologise because I think I swore. Sorry about that!” 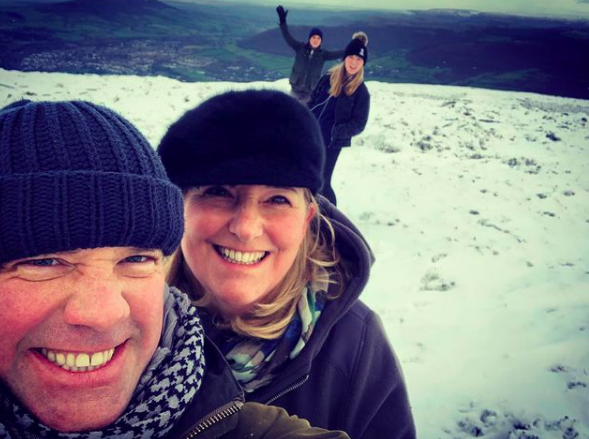 Matt Tebbut and his wife have been married for over 20 years (Credit: Instagram/matt.tebbutt)

Who is Matt Tebbutt's wife?

Matt Tebbutt's wife, Lisa, has played a crucial role in his career to date.

Before he took up Saturday Kitchen hosting duties full time, Tebbutt ran Foxhunter in partnership with his wife.

Although Lisa Tebbutt's profession is unknown, there is some speculation that she may work in the financial sector. According to Reality  Titbit, evidence from her Linkedin profile seems to back this theory up.

Matt Tebbutt is definitely best-known for his stint on Saturday Kitchen.

However, as his career to date proves, there's much more to the chef than meets the eye.