A new McDonald's menu hack for making fast food even more indulgent has been taking over the Internet this week. a

The result is a new hybrid breed of meaty burger guaranteed to irritate anyone who's ever even considered going vegetarian. 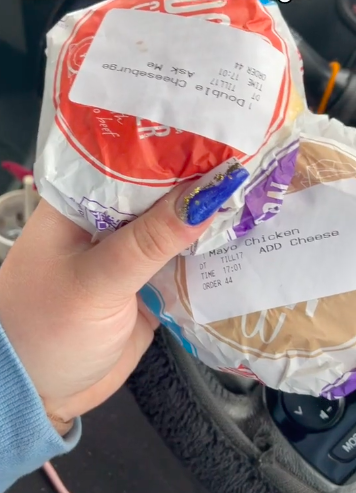 How the McDonald's menu hack works

The new approach is aptly demonstrated on several popular TikTok videos, including one from user @melika_zaidi. In the clip, Zaidi simply orders both a mayo chicken and a double cheeseburger.

She then removes the top bun of the burger, replacing it with the entire mayo chicken sandwich, creating a pseudo-double-stuffed fried chicken Big Mac. If that doesn't get you in the mood for McDonald's, nothing will.

Giving her thoughts on the McDonald's menu hack, @melika_zaidi captioned the video: "You haven't lived until you've combined a mayo chicken with a double cheeseburger."

Not only is the hybrid burger delicious but it's pretty decent value too.

As all Maccies fans know, a double cheeseburger is £1.49 and a mayo chicken costs just 99p. This means the hybrid burger menu hack will get you three patties for j ust £2.48. That's £1.09 cheaper than a Big Mac! 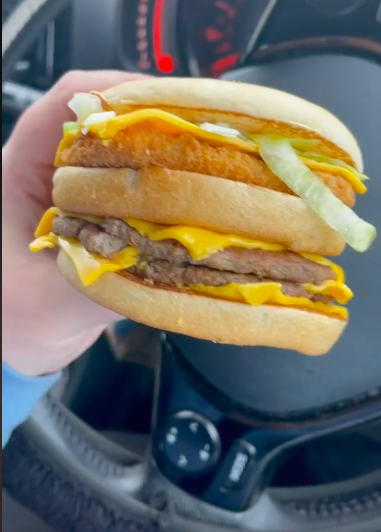 The new hack is remarkably similar to a McGangBang (Credit: TikTok/@melika_zaidi)

The McGangBang – part of the McDonald's secret menu

Although the new hack is a revelation for plenty of viewers, some Maccies' veterans are less impressed. This is probably due to the fact that the Mayo Chicken burger hybrid is markedly similar to a notorious McDonald's secret menu item – the McGangBang.

There are many potential variations of a McGangBang. The most common, however, features Double Cheeseburger and a McChicken sandwich.

Unlike in the viral TikTok example, the secret menu item involves placing the entire chicken sandwich inside the burger, sealing the poultry between the beef.

Several people have already pointed out that the TikTok version is "doing it wrong". In fact, @melika_zaidi defended her version, claiming that her method was better if you want "the extra bread layer".

Either way, the recent viral trend is certainly getting people talking about the McGangBang again. For a certain type of fast food fan, that can only be a good thing.