A McDonald's worker has become the Internet's latest hero after revealing how to score free food at the popular franchise.

In a viral clip, Golden Arches employee and popular TikToker Joseph Robinson has revealed a nifty loophole for ordering at McDonald's.

Understandably, the hack has got the online community pretty excited about the prospect of free burgers – and who can blame them? 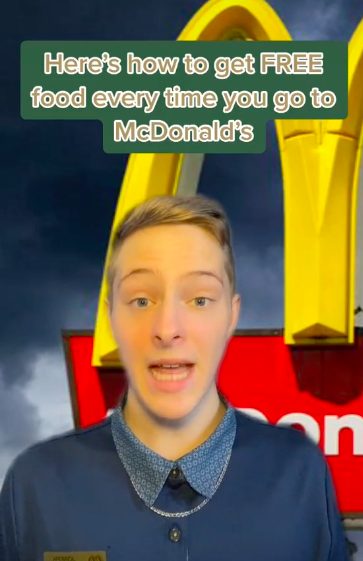 During the video, which now has over 12 million views on TikTok alone, Robinson explains that the only things you need are an Internet connection and "three seconds" of spare time.

As Robinson reveals in a series of step by step instructions, the simple secret is to take the McDonald's satisfaction survey. To access this, he visits the Maccies website and scrolls down to the Contact Us section.

From here, customers can simply fill out the survey form before selecting how they would like to receive a free coupon. According to the clip, this entitles you to free fries and a free drink when you buy several popular items.

As the offer explains, these purchases include everything from a Big Mac to McNuggets to Filet-o-Fish – and many more. To make things even more exciting, Robinson claims that this method "works in ALL countries".

For example, in the UK, customers can take the McDonald's Food for Thought survey to receive a QR code for claiming free food. In this case, customers can claim a Big Mac with a portion of fries for just £1.99.

Either way, the survey is the key to claiming free food from the fast food restaurant. It's no wonder that fans everywhere are seriously excited by the possibilities. 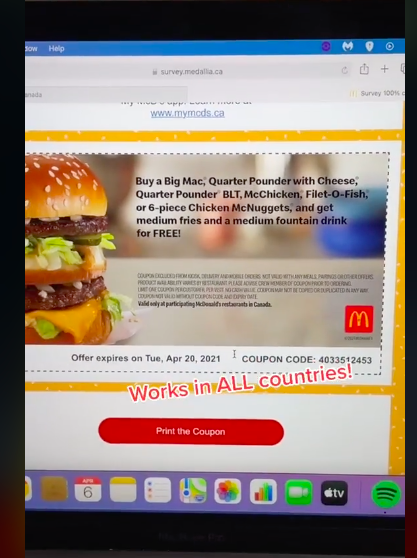 The offer allows you to claim free food with other McDonald's orders (Credit: TikTok/josephofficial_)

'Not all heroes wear capes'

Predictably, the reaction to Robinson's video has been pretty overwhelming.

Thousands of TikTok commenters have praised him for sharing the secret. The top comment on the clip, for instance, currently reads, "Not all heroes wear capes." The fact that it has 94,000 likes speaks volumes.

Initially, some people seemed to think the hack was too good to be true. However, other McDonald's workers have since commented on the clip, verifying that it's the real deal.

One employee wrote, "I work at McDonald's – this is legit!"

Another provided a more lengthy explanation, adding: "I actually work at McDonald's too and yeah he's right. The survey takes literally 2 minutes and you can get coupons."

Of course, free food of any kind is always welcome. When that food happens to be McDonald's, however, then it becomes a real game-changer.