A Scottish pub is turning the tables on moody young diners by offering up a menu specifically for grumpy kids.

The Chlachain Inn, near Mallaig on the borders of Loch Morar, provides parents with an ingenious get out of jail free card if their children decide to throw a tantrum.

As news of the new menu has spread, mums and dads across the internet have given the concept a glowing thumbs-up. Whether its target audience is as approving, time will tell. 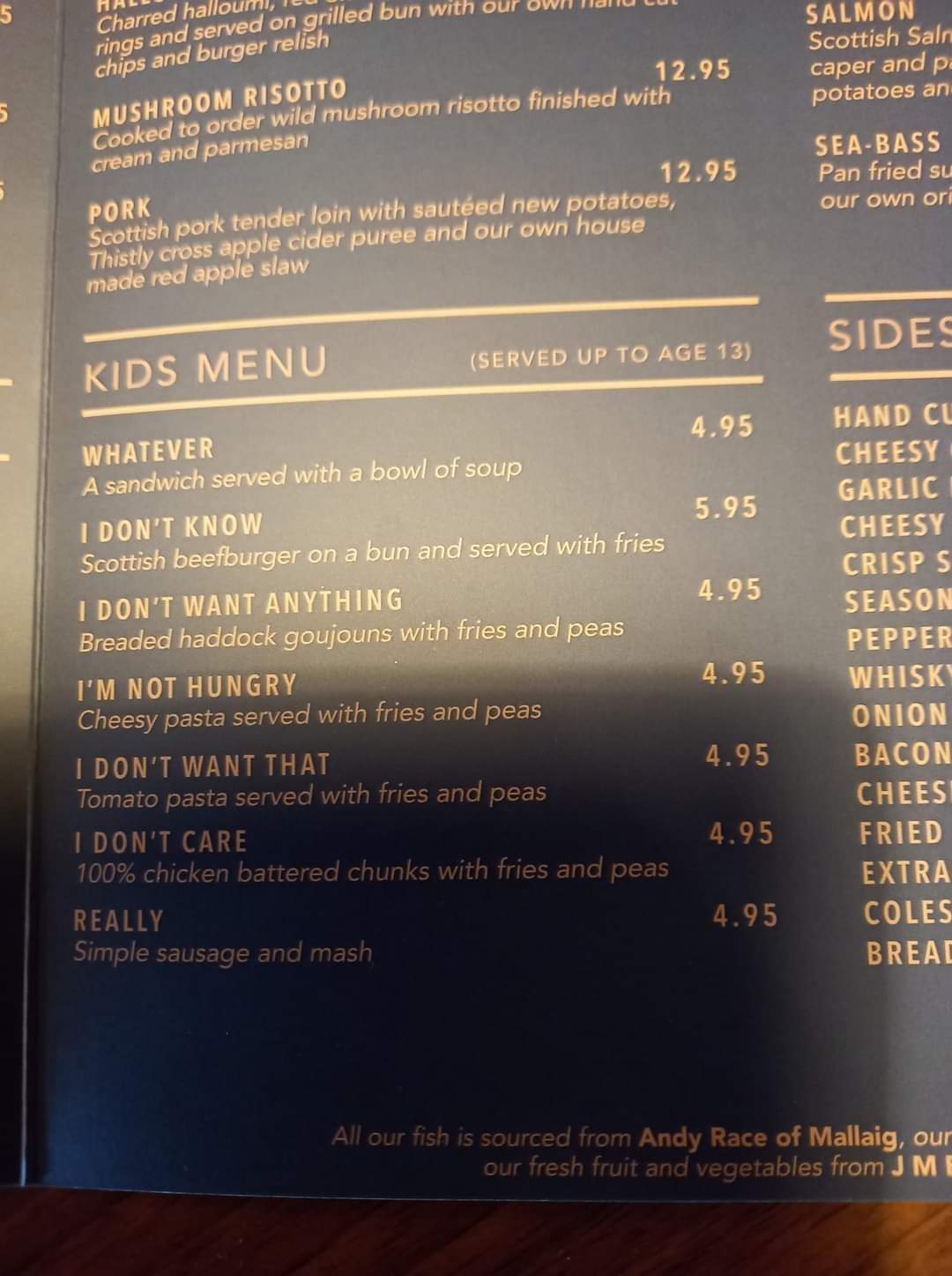 The kids' menu at a pub in Scotland is going viral (Credit: Twitter/HazelKLarkin)

The new Chlachain Inn menu is a welcome antidote for anyone whose brood is regularly uninterested in eating.

The kitchen itself offers a pretty standard selection of classic pub fare. However, it's the names of the dishes that help set the restaurant apart.

Instead of sticking with dishes that might sound unappealing to an angry child, the restaurant beats them at their own game. For example, the menu refers to a Scottish beefburger option as "I Don't Know" in anticipation of a tantrum.

Similarly, other options such as sandwiches, fried chicken, and cheesy pasta have equally deceptive names like "Whatever", "I'm Not Hungry" and "I Don't Care".

Essentially, the whole menu is a psychological exercise in tricking your child into ordering. Understandably, many exasperated parents are fully on board with the idea. 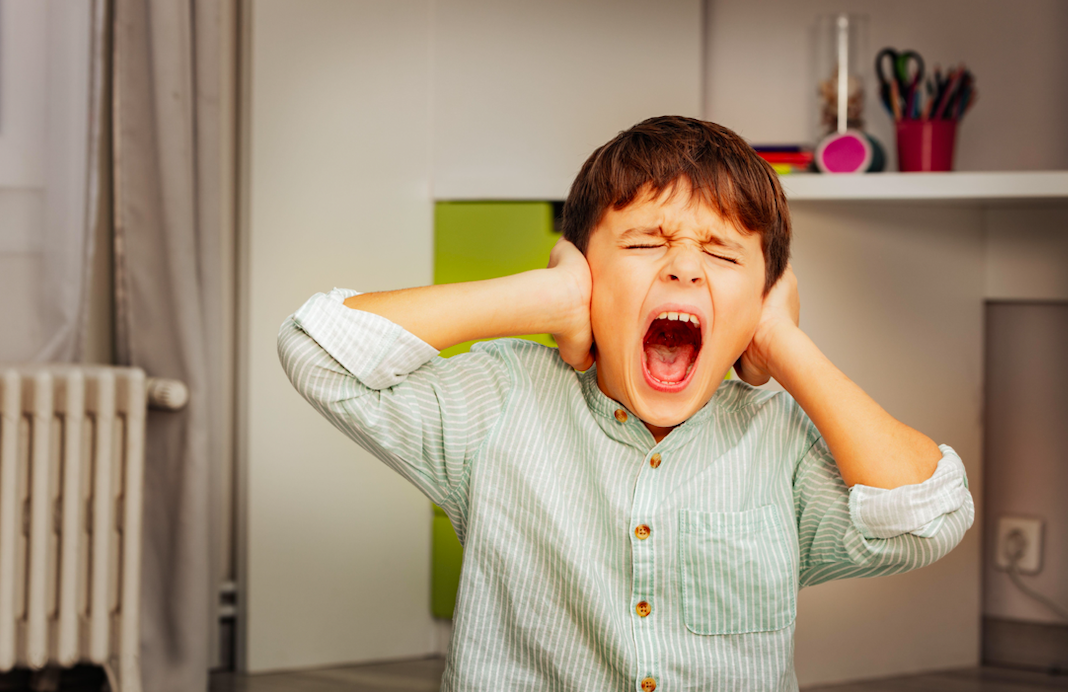 "This is brilliant!" – parents react to new pub menu

The Chlachain Inn menu is enjoying an extremely warm reception on social media.

Earlier this month, Twitter user @HazelKLarkin shared an image of the menu that has since spread like wildfire. At the time of writing, the original tweet has received over 56,000 likes, highlighting just how big the appetite is for a new weapon in stressed parents' arsenals.

Many of the comments under the tweet are equally positive. One wrote that they were "sending this to so many parents".

Another added, "Love it Hazel! As an aside, I’m mightily impressed they have veg with most of the meals. In Ireland it tends to be mash & veg OR chips. If I ask for veg & chips there’s usually an extra charge. Plus veg as part of the meal means kids just take it as standard, no battles to fight!"

Many parents know that taking the family out for a meal can be a recipe for disaster. Maybe if more restaurants adopted the Chlachain Inn approach, unnecessary food fights could be avoided.