A restaurant coming to Dubai is planning to redefine ridiculous eating, with its 60kg giant burger.

The Burgr Factory, a popular chain with outlets all over the world, serves up the colossal feast, featuring mountains of coleslaw, cheese-whiz, salad and, of course, beef.

One look at the enormous sandwich, and it's easy to see why it's making an impact. 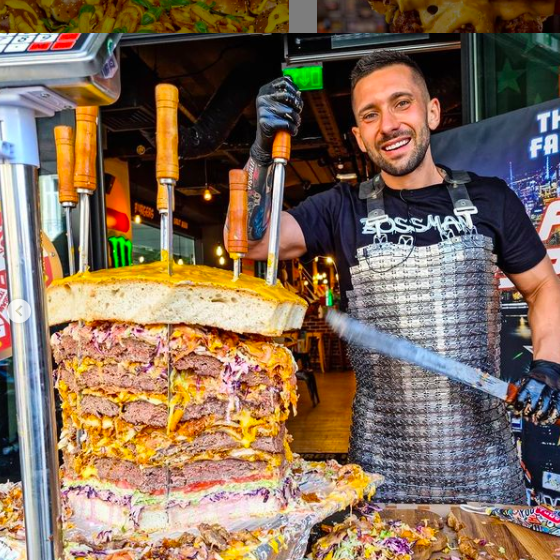 The incredible burger first made its debut at The Burgr Factory's Romanian branch. Judging by the photographic evidence, Dubai has plenty to be excited about.

The restaurant serves the sandwich on an enormous, custom-baked bun. According to a video posted on The Burgr Factory's Instagram, they then top this with a huge stack of cheese-topped patties.

A sprinkling of coleslaw supplements the beef mountain, before fistfuls of French fries and more cheese finish the whole thing off.

Chefs then serve slices of the mighty burger like a massive doner kebab. If the reactions of the customers are anything to go by, it tastes just as impressive as it looks.

Despite being a bonafide star, the 60kg doesn't appear on the regular Burgr Factory menu. However, the chain confirmed that it will be available in Dubai, accompanying the video with the hashtag #soonindubai.

If you're a fast food fan, this news couldn't really be more exciting. 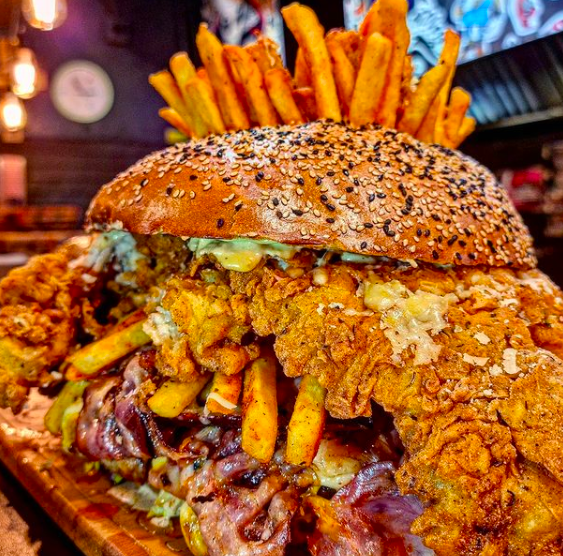 The giant burger isn't the only super-sized item on the Burgr Factory menu (Credit: Instagram/theburgrfactory)

The 60kg burger isn't the only ridiculous item on the Burger Factory menu.

According to the website, the regular menu features no less than 78 burgers, some with some seriously alarming combinations.

On the other hand, there is also the option to go completely off the rails. The Donut Habanero Wrecking Ball Burgr, for instance, featured fierce chilli sauce, bacon and a fried cheese patty, all stuffed inside a glazed doughnut.

If a 60kg sandwich isn't quite up your street, The Burgr Factory certainly has plenty of other outrageous options. We'll see you in Dubai.