Who is Rosemary Shrager and was the Cooking With the Stars chef on Two Fat Ladies?

Rosemary Shrager is back on our screens as one of the head chefs on Cooking With the Stars.

Already, the 70-year-old Londoner is proving to be a huge hit with fans after being paired with comedy legend Johnny Vegas.

But who is Rosemary Shrager, does she have a cooking school and why does everyone think she was on Two Fat Ladies? Here's everything you nee to know... 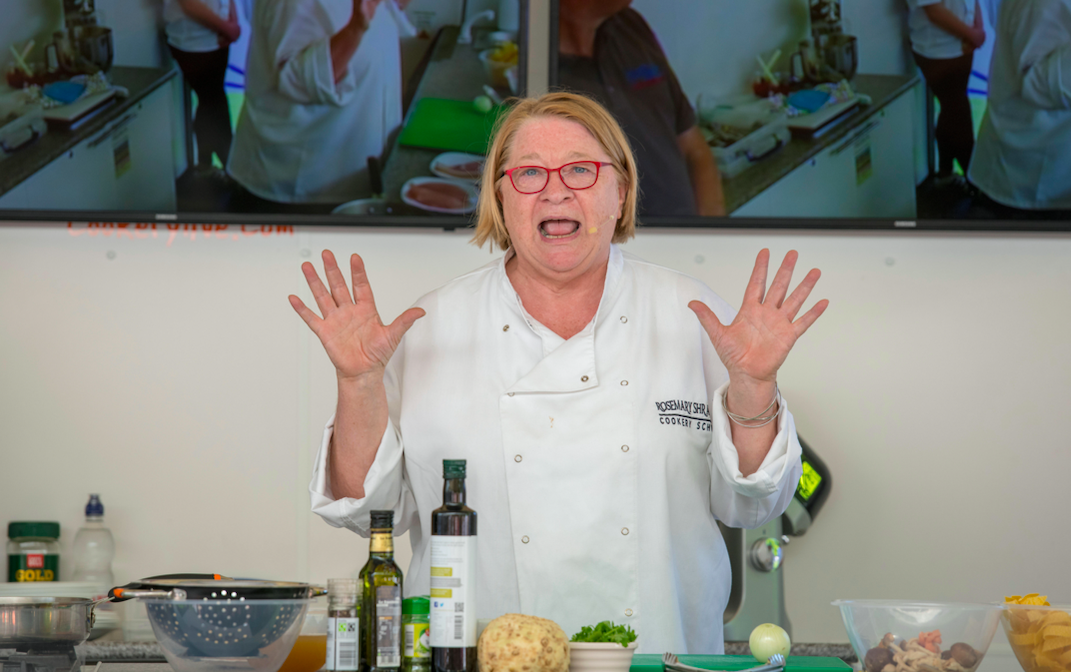 Rosemary Shrager is already a fan favourite on Cooking With the Stars (Credit: Alamy/Sarah Marsh)

Who is Rosemary Shrager?

Rosemary Shrager is a food TV veteran who has been a fixture on British screens for over a decade, putting her cooking talents to good use on a range of popular shows.

The talented chef was born Rosemary Worlledge on 21 January, 1951. The third child of a prominent company executive and his wife, she married her barrister husband Michael Shrager when she was just 21.

Although she originally harboured ambitions to become an architect, Shrager set up a catering company after getting married. It was here that she cut her teeth in the culinary industry.

Following her successful stint in catering, Shrager made her first foray into TV in 2005. Starring in the popular series Ladette to Lady, which ran for five years. For the duration of the show, Shrager acted as vice-principal and cooking teacher.

Beyond Ladette to Lady, Shrager has also appeared on popular TV food shows such as Soapstar Superchef alongside chef Jean-Cristophe Novelli, as well as Rosemary Shrager's School For Cooks.

She is also the author of several popular books, including Castle Cook (2001), School for Cooks (2008) and Yorkshire Breakfast (2011). Over the course of her career, Shrager has also worked alongside the likes of Pierre Koffman at several top London restaurants. 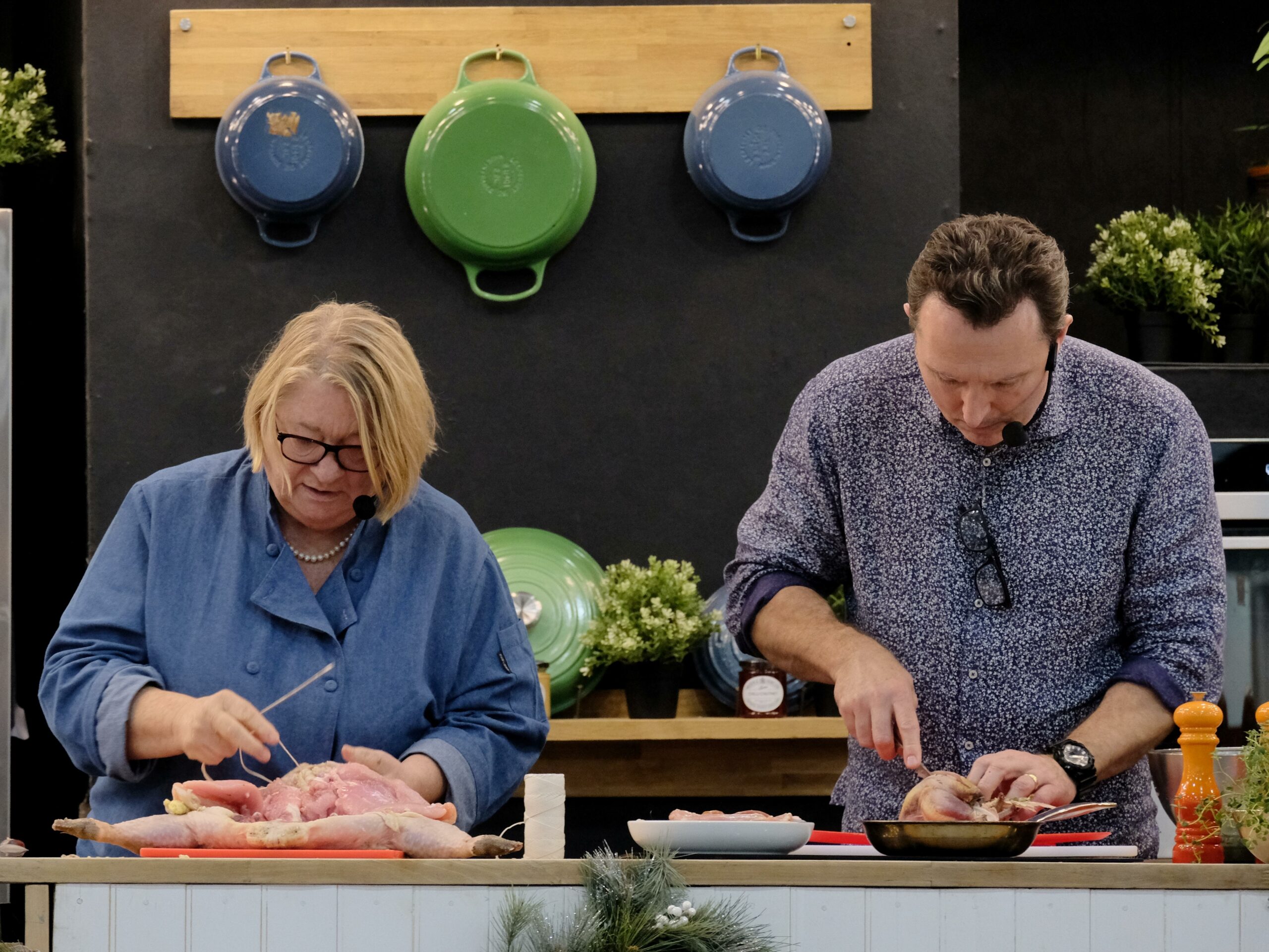 Shrager is a regular at cooking events across the country (Credit: Alamy/Eleventh Hour Photography)

Despite rumours to the contrary, Rosemary Shrager was not a part of the hit BBC series Two Fat Ladies.

The show, which ran for four seasons from 1996 through to 1999, starred Clarissa Dickson Wright and Jennifer Paterson as two cooks traversing the UK and preparing seriously spectacular meals.

Although Shrager has absolutely nothing to do with the show, rumours persist that she is one of the original cast members. While many people might find being mistaken for someone else extremely annoying, Shrager seems to take it in stride.

READ MORE: You Can Indulge In Matt Tebbutt's Delicious Cooking In Real Life

For instance, as she told the Telegraph in 2016: "People always say to me, 'where's your partner on the motorbike?' It's pretty weird given that Clarissa Dickson Wright and Jennifer Paterson have both died. 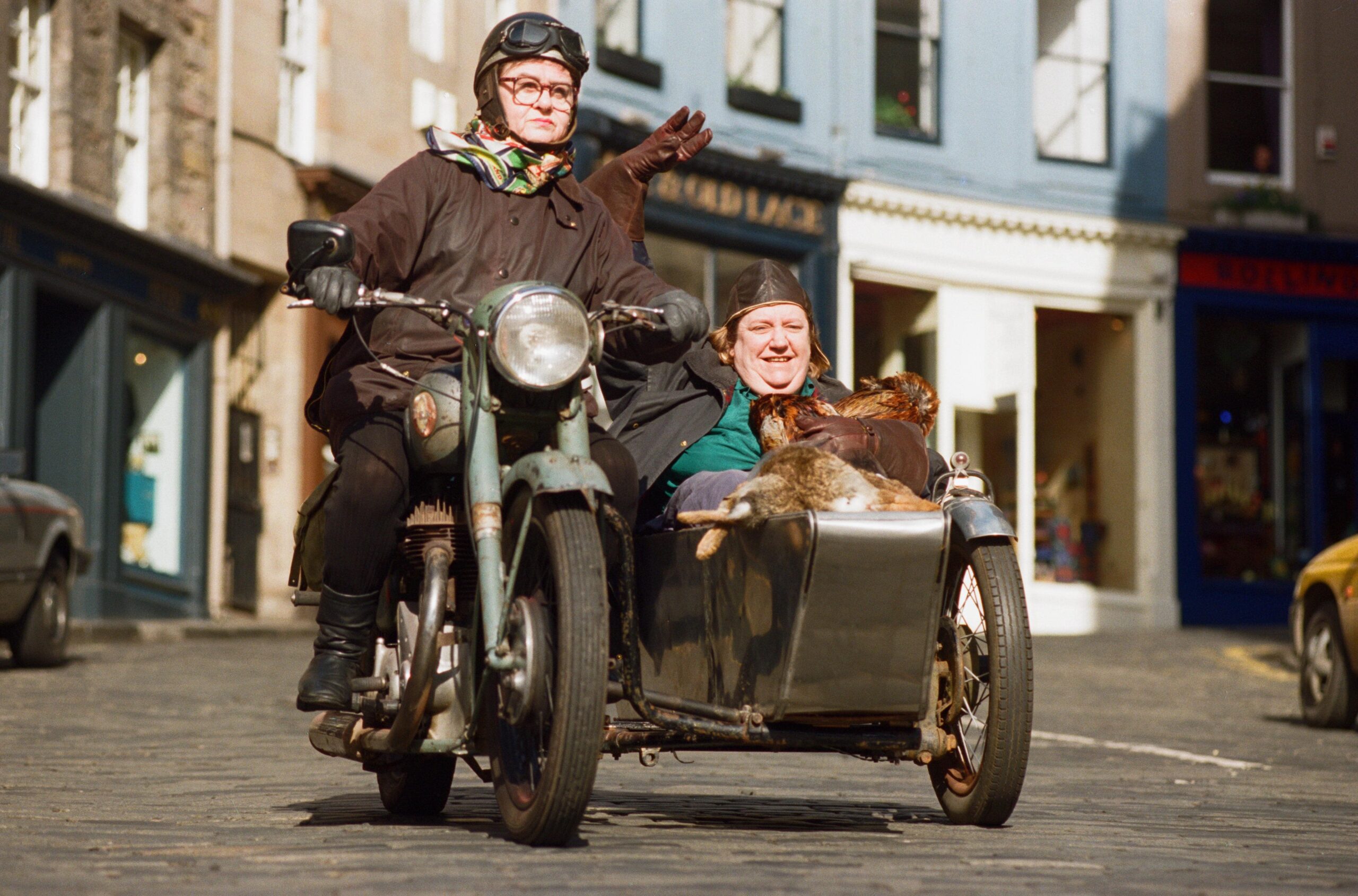 Despite rumours to the contrary, Rosemary Shrager is not one of the Two Fat Ladies (Credit: Alamy/Trinity Mirror)

Does Rosemary Shrager have a cooking school?

The Rosemary Shrager Cookery School in Tunbridge Wells was a successful part of Shrager's career.

However, in 2019, the institution closed its doors permanently following a financial crisis at parent company the Hadlow Group.

However, despite the closure of her culinary school, Shrager still offers personal tuition through her website. For instance, recent live cook-a-longs include demonstrations of how to prepare dishes such as fish pie and toad in the hole.

While the Kent school might be closed, there are still plenty of ways to learn from Rosemary Shrager. 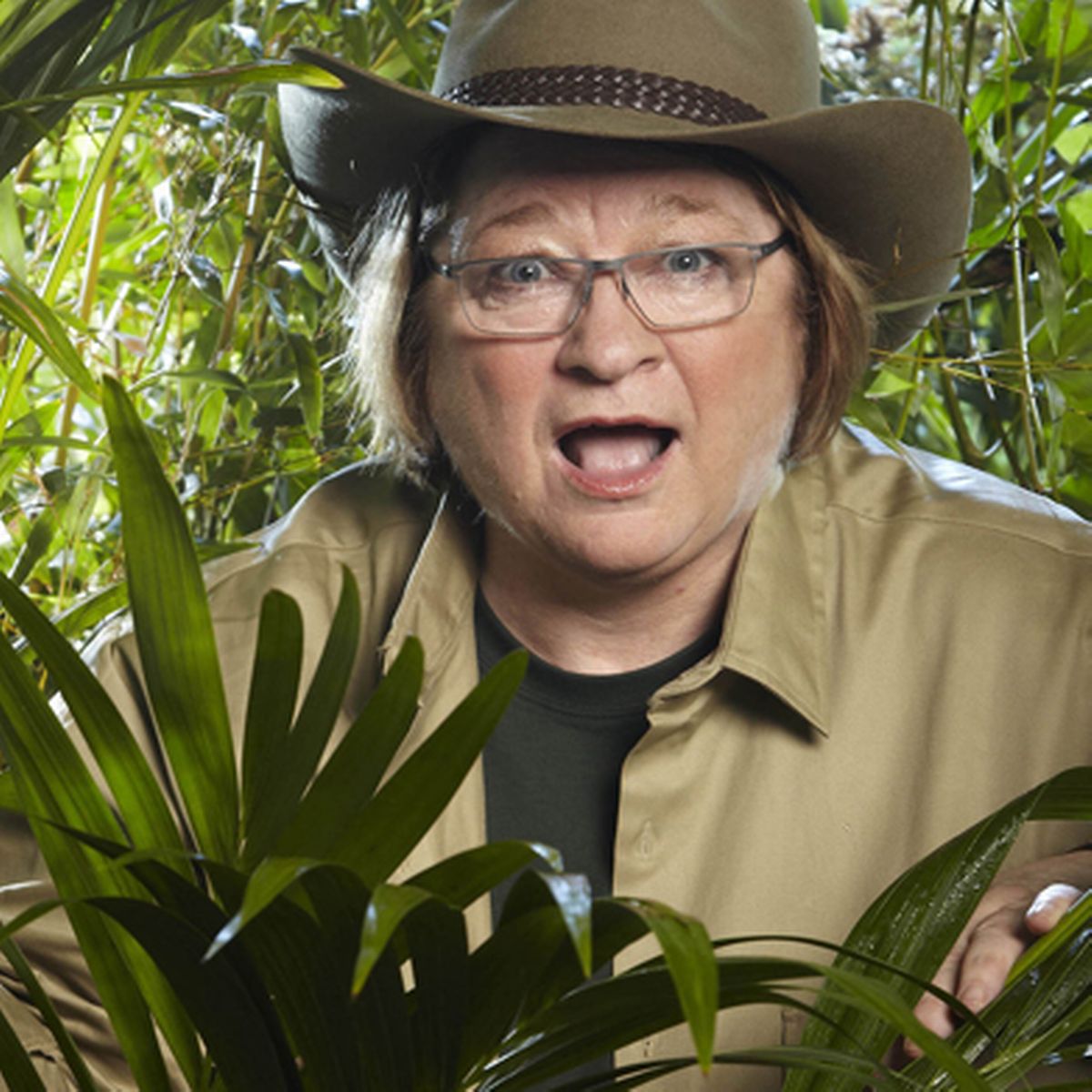 Shrager finished sixth in the 2012 season of I'm A Celebrity... (Credit: ITV)

Was Rosemary Shrager on I'm A Celebrity?

It's not just food TV that has provided a platform for Rosemary Shrager.

Back in 2012, she joined the cast of ITV reality show I'm A Celebrity... Get Me Out Of Here! Despite joining as a late entrant, Shrager battled through the contest to finish sixth, behind eventual winner Charlie Brookes.

Despite building a firm friendship with Kajagoogoo lead singer Limahl, Shrager was not particular impressed with Made In Chelsea star Hugo Taylor.

As she told hosts Ant and Dec upon leaving the jungle, Taylor was "petulant" and "likes it his own way", according to her experience. 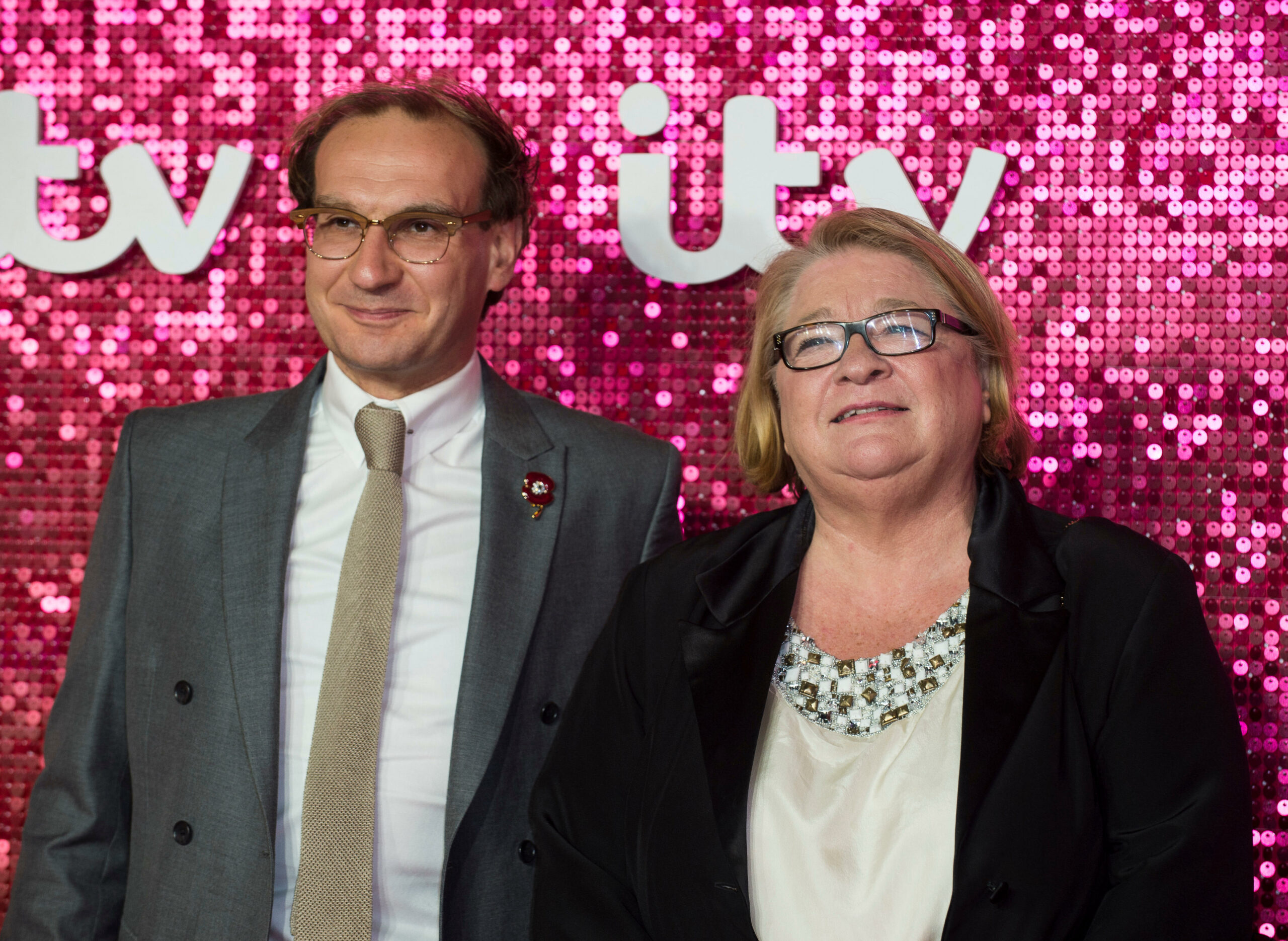 What is Rosemary Shrager's net worth?

As a result of her varied portfolio, estimates of Rosemary Shrager's net worth vary enormously.

For instance, according to financial calculator CelebWorth.net, the chef earns around $1 million a year. This puts her total net worth at around the $10,000,000 mark.

However, other sites are more circumspect in their outlook. For example, Popular Bio, citing sources including Wikipedia and Forbes, suggests that the cook is actually worth between $1 million and $5 million.

Either way, there's no doubt that Shrager has enjoyed an extremely successful career in food. 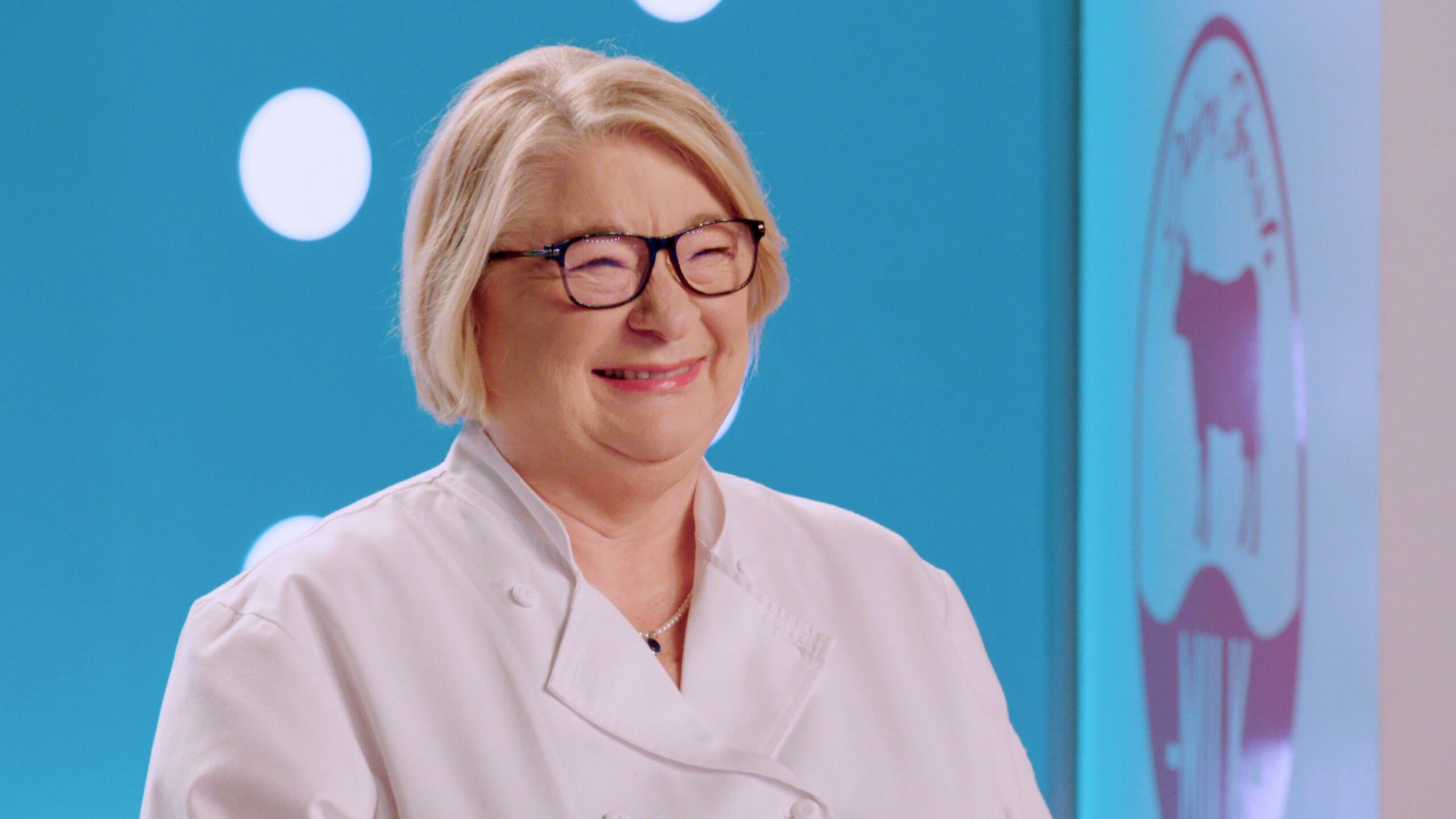 Shrager is a cooking coach on the new ITV series Cooking With The Stars (Credit: Alamy/Everett Collection Inc)

What is Rosemary Shrager doing now?

For her latest foray into food TV, Shrager is appearing in the new ITV series Cooking With the Stars.

The show pits eight celebrities against each other over a series of complex cooking challenges. In a twist, each celebrity will partner up with a well-known chef to coach them throughout the competition. This is where Shrager comes in.

The former Big Family Cooking Showdown judge has been teamed up with comedian Johnny Vegas, who she will mentor throughout the series.

Interestingly, Vegas is no stranger to food TV, previously appearing on shows such as Sunday Brunch and James Martin's Saturday Morning.

Whether he can actually cook, however, remains to be seen.