You may not have heard of Soup Joumou, but in Haiti, it's more than just a national dish.

A symbol of freedom and hope for the 11.6 million living in the Caribbean island nation, the soup (made of squash, meat, pasta and veg) has been enjoyed by locals since 1804, when the country became the first Black republic to abolish slavery.

A Sunday tradition for many families around the country, the soup is so engrained into the Haiti's identity that it was even awarded protected cultural heritage status by UNESCO in December 2021, joining the likes of Malawian Nsima (porridge) and Japanese Washoku (a cuisine which favours the use of natural, local ingredients) as a dish recognised for its huge significance.

It's also consumed every year on January 1st, to mark Haitian Independence Day, which is when leader of the Haitian revolution, Jean-Jacques Dessalines, marked the triumphant end of a 13 year fight for freedom.

So, in honour of the special day, we thought it was high time we learnt a little more about this Haitian delicacy... 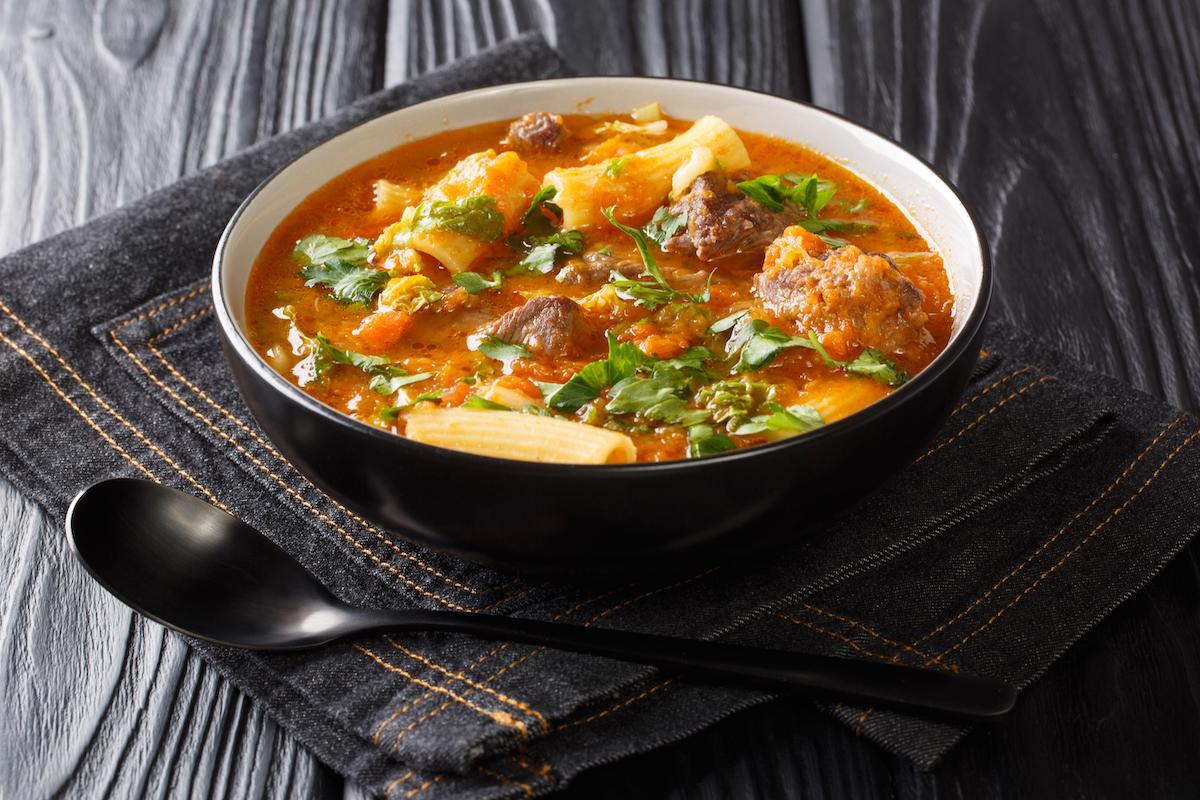 Soup Joumou is the dish of Haitian independence (Credit: Alamy)

The history of Soup Joumou

There are many theories about where Soup Joumou (or giraumon soup, as it is also known) originated.

One story is that Haitian slaves made the soup for their French colonisers, and were forbidden from drinking it themselves – but elsewhere this has been contradicted.

"As slaves, we didn't have time to make elaborate food," says Haitian chef, Yasmine Saint Vil Noel, as she reflects back on the lives of her ancestors. "You need a lot of time to cut the vegetables, to make the stew, to add everything [to the pot]."

As she was taught, the soup's longwinded recipe is essentially a "ritual" to celebrate the Black Haitian community finally having this personal time, to do as they pleased.

"That's why this is the dish that our ancestors made the day of January 1st, 1804," she says. "This is a dish that reflects in our freedom, because we had time, at last". 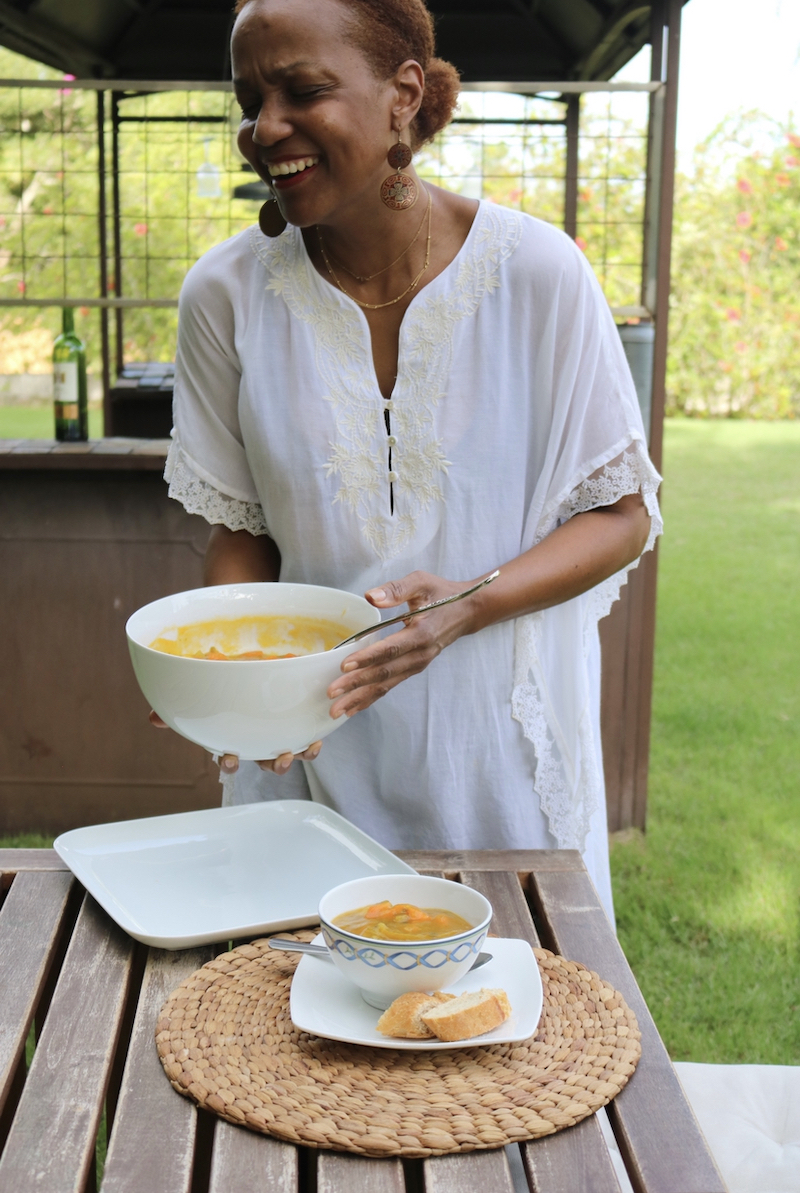 As is the case with any traditional delicacy, Soup Joumou is different in every household, but the core ingredients remain the same, and the warm, savoury broth usually consists of beef, squash, celery, potatoes, carrots, cabbage and radishes.

Speaking to Twisted, chef Yasmine explains that the exact recipe for the soup will depend on several factors, such as how much money someone has, their dietary requirements, their own family traditions and what else they're eating alongside the soup, if anything.

"For some people who are less fortunate, [the soup] might be the only meal they gonna have for the day, so, they will add more ingredients," she says.

"They might add plantain, yam, and beef bones, as well as pasta (either penne, spaghetti or both) to hold them for the whole day."

You can also make the soup vegetarian, as Yasmine does for two members of her household.

"At home, I always make the meat separate, so people can choose to add it if they want," she explains.

And it can range anywhere from mildly spicy to extra hot.

"We add spicy Habanero peppers," she says. "But it's different in every house." 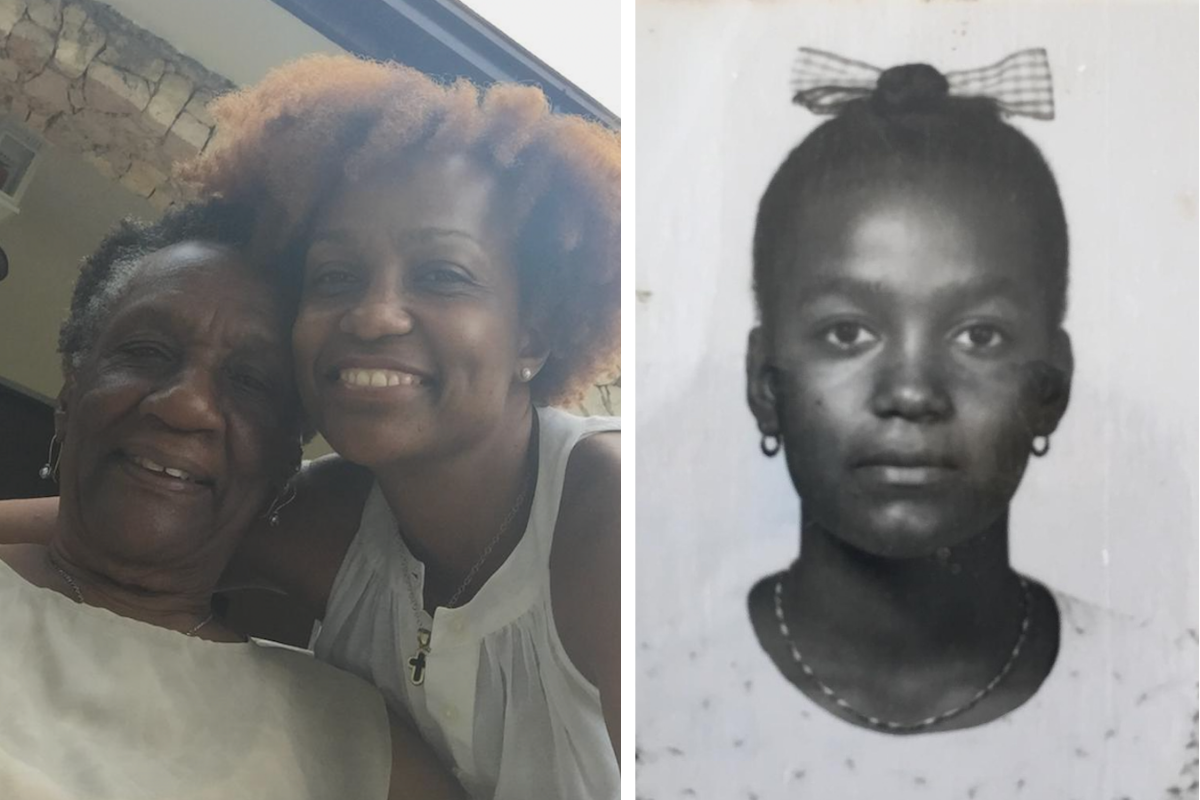 Chef Yasmine pictured with her mother, who taught her the soup recipe (left), and as a child (right) (Credit: Chef Yasmine Saint Vil Noel)

Yasmine was taught how to cook Soup Joumou by her mother, who learnt it from her mother, and in honour of the generational tradition, she's kept the recipe more-or-less the same.

"I'm from the old school and I love carry out my the tradition," she says. "I studied in New York, so I do add my own twist when I cut the vegetables, and [when it comes to] how the presentation is.

"I make my soup lighter than other people, too, and my daughter – now she has a family – makes her own version.

"But it's still the same soup, and it will always remind us of who we are as a nation and how our ancestors fought for our freedom. It's the spirit around it that will always exist, whatever you add to it."

What Soup Joumou means to Haitians

It's not surprising, given where it came from, that Soup Joumou has remained such a vital tradition for Haitians.

Despite enjoying the soup every weekend, as many of the more affluent Haitian families often do, Yasmine's attachment to it is remains as visceral as when she first tried it.

"Even now, every time I see the soup, I remember my childhood, and the way Haiti used to be," she says. "People will gather around the soup, and it's very nostalgic as a Haitian, especially when you're away from home.

"It brings back a lot of good memories".

But on January 1st there's something even more poignant about it.

It's typical for parties to be held in Haiti where the soup is served, and for Yasmine's family – based in Santo Domingo, just outside of Haiti – the soup will be available from the morning onwards, to enjoy throughout the day. 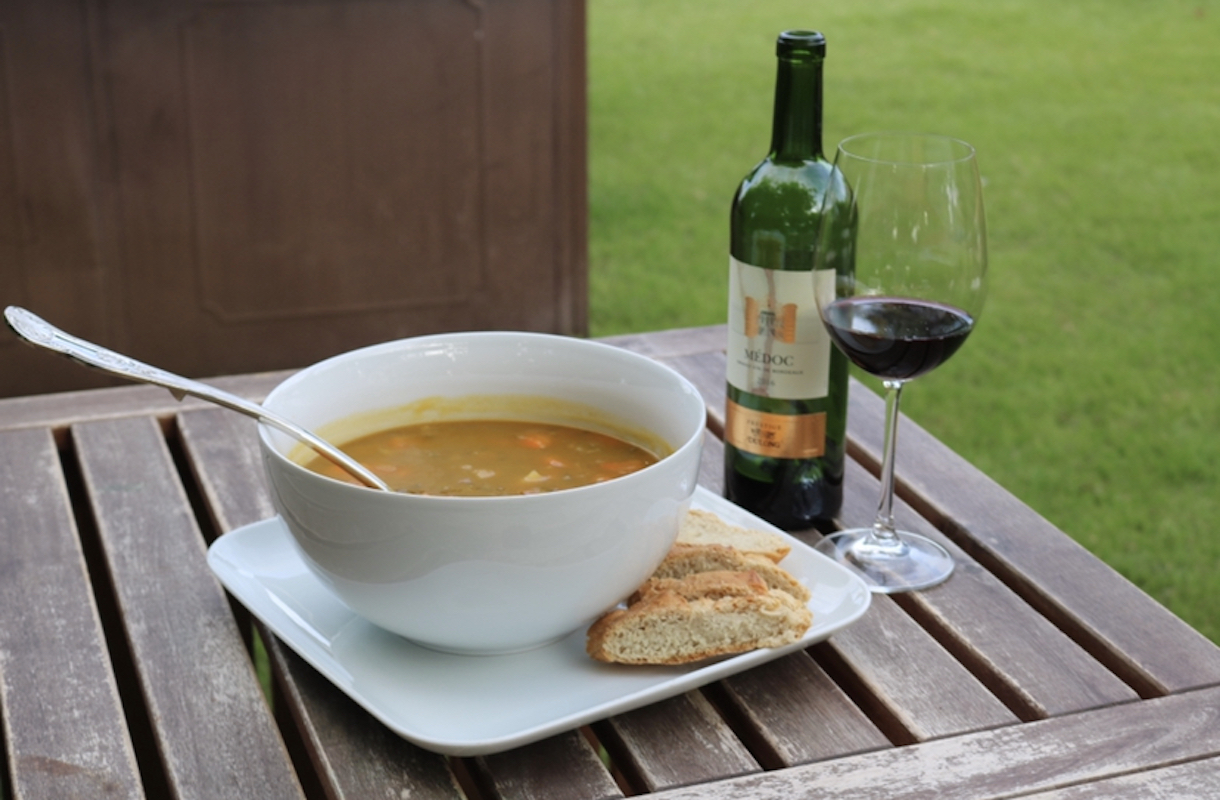 "For me, it's going to be like a brunch, because normally in Haiti, there was a huge ceremony, and even though we're not there, we like to celebrate at the same time," she explains.

She adds that by the end of the day, everyone is likely to have had about four bowls of Soup Joumou, alongside other food and drink, like chicken patties, bread and butter, fruit juice and wine.

But even those who don't have a chef like her in the family will be getting their fill from somewhere, be it a relative knocking up a family recipe or a vendor on the street.

"To this day, everywhere you go [on January 1st] where there is a Haitian community, you will find Soup Joumou," she promises.

"There's a lot of discussion about slavery and how it affects generations of people. Families less fortunate [only have this soup once a year], so it's a nice step to make everybody understand what freedom means, what slavery represents for all, and for many generations."

"So, the soup is very important for us, to keep fighting for our identity". 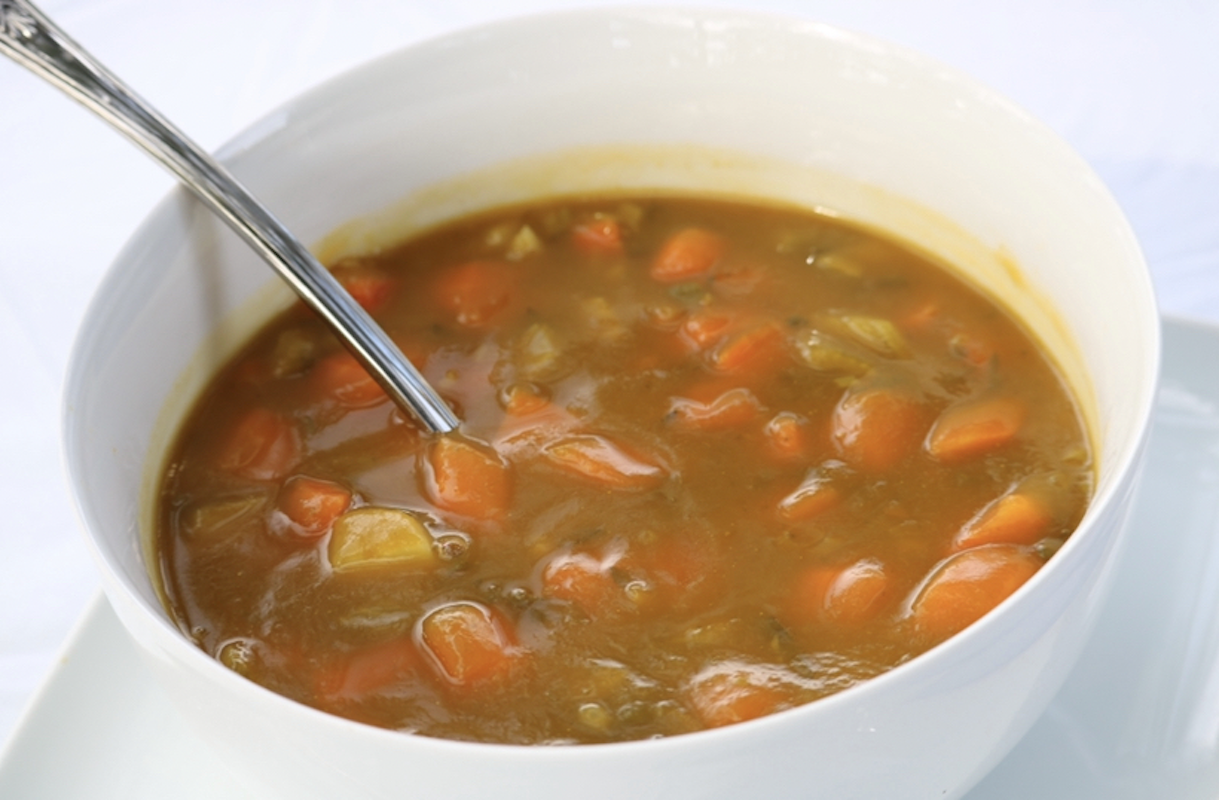 READ MORE: How to make pasta from scratch: tips from Twisted

Haitian or not, it's clear that Soup Joumou has a backstory we should all be amplifying and celebrating, on Haitian Independence Day and beyond.

"It's always a pleasure to see people appreciating our culture and being part of the celebration," Yasmine says.

If you want to try chef Yasmine's recipe for yourself, Twisted has exclusive access to her recipe – and trust us, it's seriously special.