At the Pacaya Volcano in Guatemala, one chef takes natural cooking to a whole new level.

Chef and accountant Mario David García Mansilla runs one of the most extreme pizzerias in the world, using the earth's molten core to cook his pies.

At Pizza Pacaya, one of the world's most unique restaurants, Mansilla amazes guests with magma-melted mozzarella and scorched salami. If you think you've tried everything the pizza world has to offer, it might be time to reconsider... 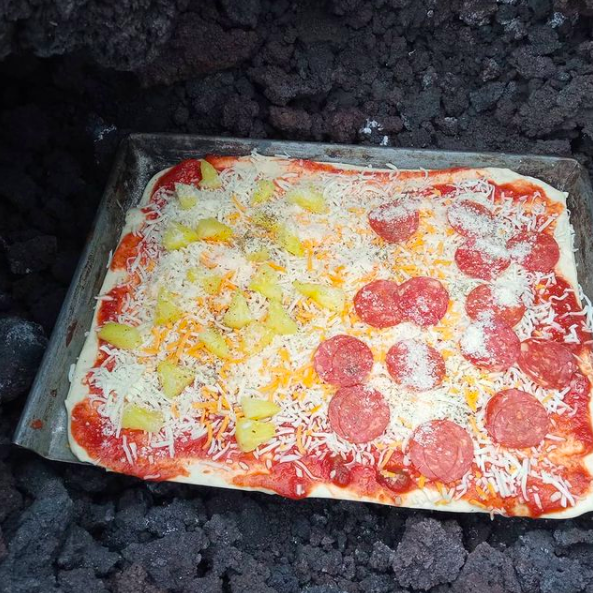 Anyone who's ever made a pizza knows that a high temperature is crucial. However, there's a world of difference between a 700-degree pizza oven and a 2000-degree river of molten rock.

According to Gastro Obscura, Mansilla's business model involves taking up to 60-pound of pizza ingredients – including pizza dough and toppings – up the mountainside. He then assembles his ingredients for tourists and uses lava caves to bake his 'za.

READ MORE: The hottest food in the world - seven spicy versions of your favourite dishes

In an interview with AccuWeather, Mansilla revealed: "I took the idea and I wondered what else could be cooked with the lava.

"So one day I prepared a pizza, took it to the volcanic rocks and in 14 minutes it was ready. The high temps from the nearby lava gave it an exclusive taste and an amazing crunch. I told myself, 'This needs to continue.'"

The result is a pizza experience that's absolutely unique. 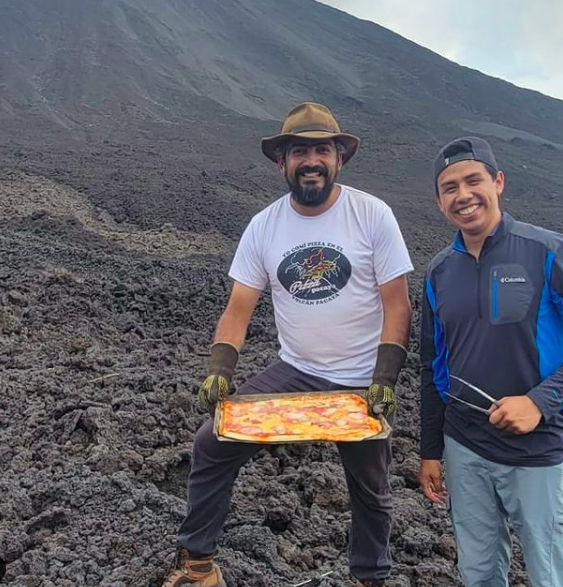 Mansilla might have cornered the volcanic pizza-making market, but he's not the only chef using geology to cook.

For instance, scientists in Iceland were recently recorded using magma flows to cook hot dogs for their lunch. The experiment helped to provide some useful insights about geothermal activity in the area.

READ MORE: What is the hottest sauce in the world? 10 scorching sauces you can legally buy

Similarly, one restaurant in the Azores relies entirely on volcanoes to cook its menu. At Canto da Doca, guests are encouraged to choose from a selection of local produce before sizzling them on a scalding hot lava stone.

Although this process is admittedly less intense than standing in a volcano for a pizza, it nonetheless proves that the earth is a great kitchen resource.