Exotic fruits are now more readily available than ever.

Before the 20th century, transport and storage limitations meant that the majority of fruit was grown and sold locally.

While doubtless delicious, endless stalls of tomatoes, beans and lettuce can become a little monotonous for the more adventurous foodie.

But that's all changed now. 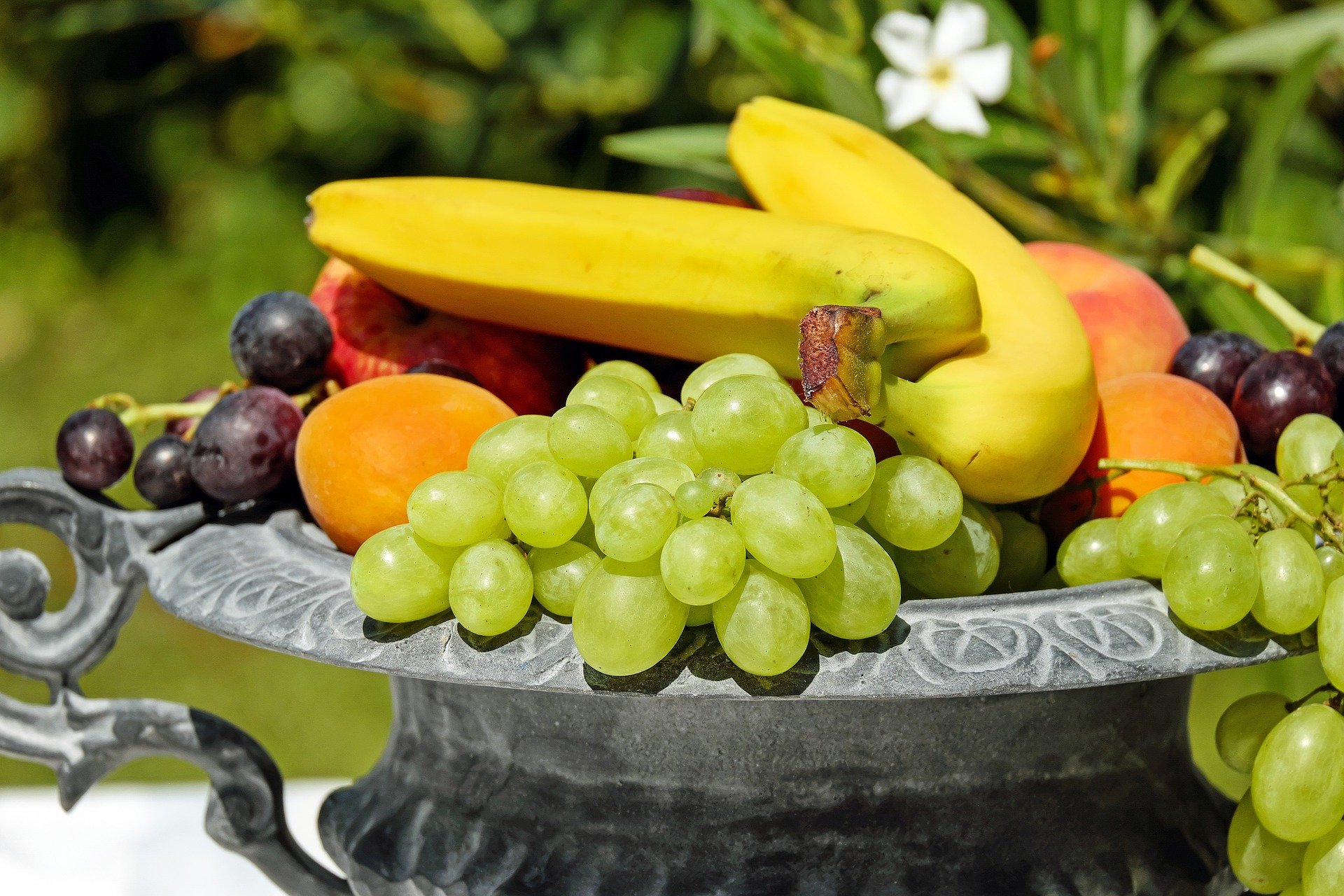 Exotic fruits can brighten up any fruit bowl (Credit: Pixabay)

Exotic fruits you need to try

Thankfully, we live in an age where, if you look hard enough, you can now get your hands on all manner of exotic fruits.

For anyone looking to be a little more experimental with their shopping list, we’ve prepared a selection of tasty treats that you may not be familiar with.

They might look a little strange, but every one is yummy in its own way. 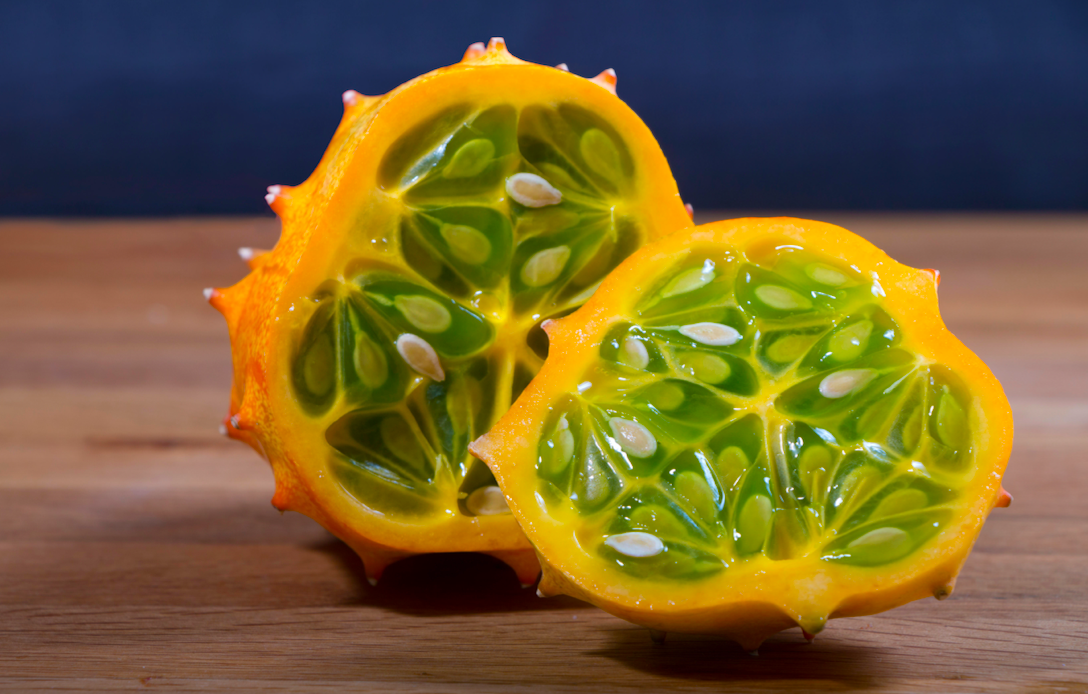 Also known as the “horned melon”, the African cucumber looks more like something from Rick and Morty than planet earth. Bilious orange when ripe, and protected by a series of sharp spines, the rather unappetising casing conceals lurid green flesh that has a “refreshing, fruity taste”.

Originating from southern Africa, the fruit is prized in Botswana and Namibia as one of the few reliable sources of water in the Kalahari Desert. 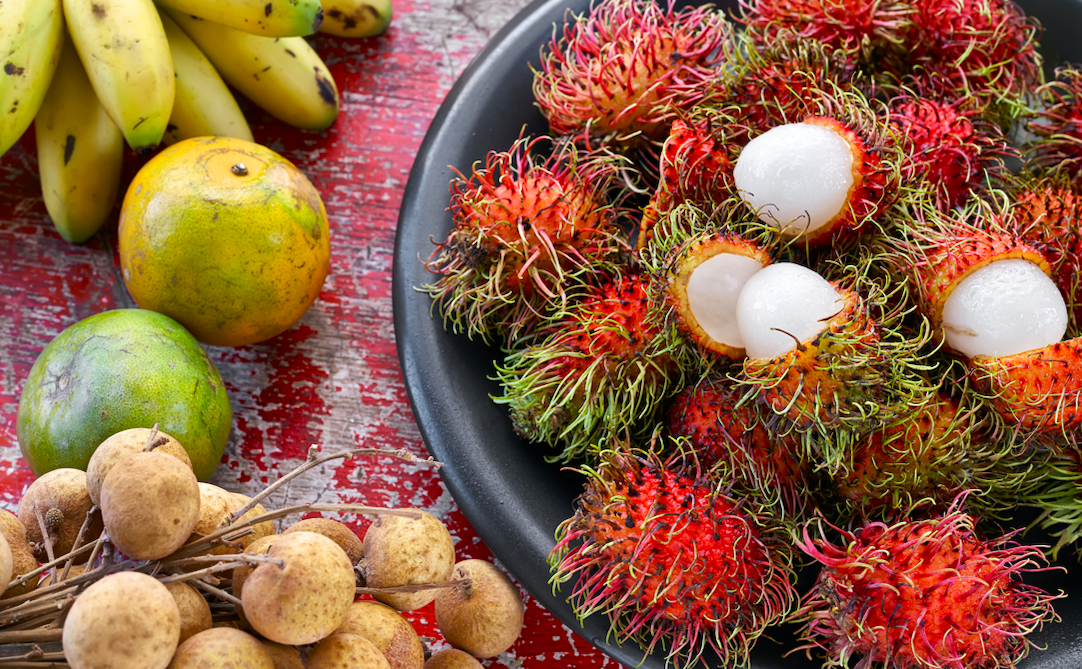 Many fruits and vegetables that look utterly alien to a Western eye are staples in different culinary cultures. One example is the rambutan.

With the appearance of a particularly hirsute testicle, rambutans are common across South East Asia and are closely related to several other edible fruits, such as the more well-known lychee. Beneath the odd exterior lies sweet pale flesh that has an almost grape-like taste and consistency. 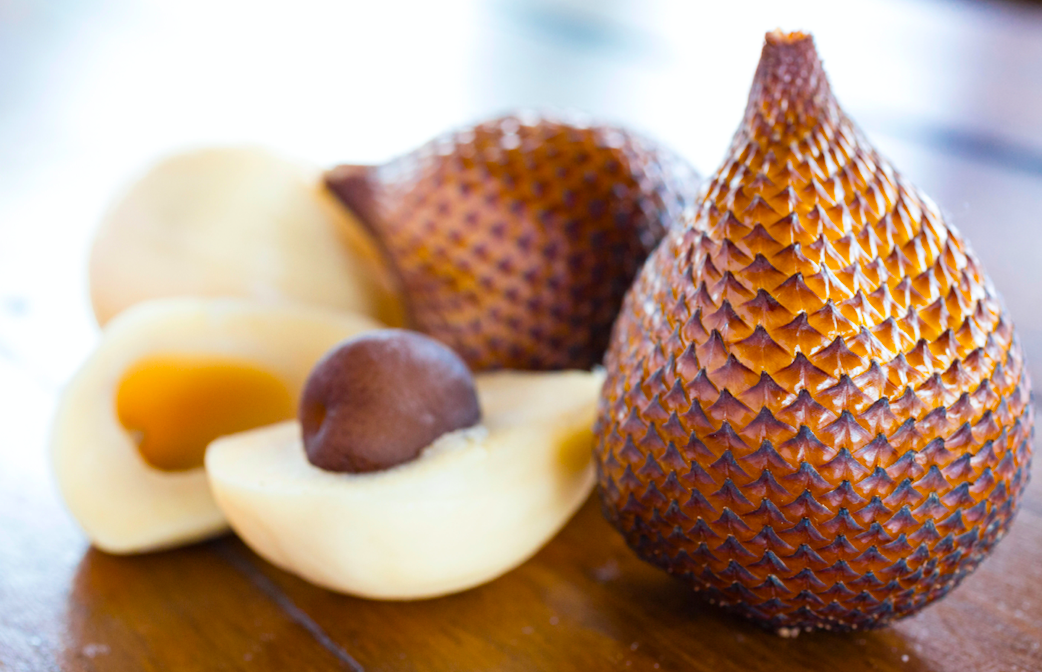 A local delicacy across Indonesia, salak will be familiar to anyone who has travelled to the islands of Bali or Lombok. The fruit is harvested from a small palm tree and is also known as “snake fruit” due to its unusual scaly skin.

Once peeled, salak has the look of a large garlic clove, but with a distinct sweet, acidic tang. With an apple-like texture, salak makes for a great introduction to odd fruit for molly-coddled Westerners. 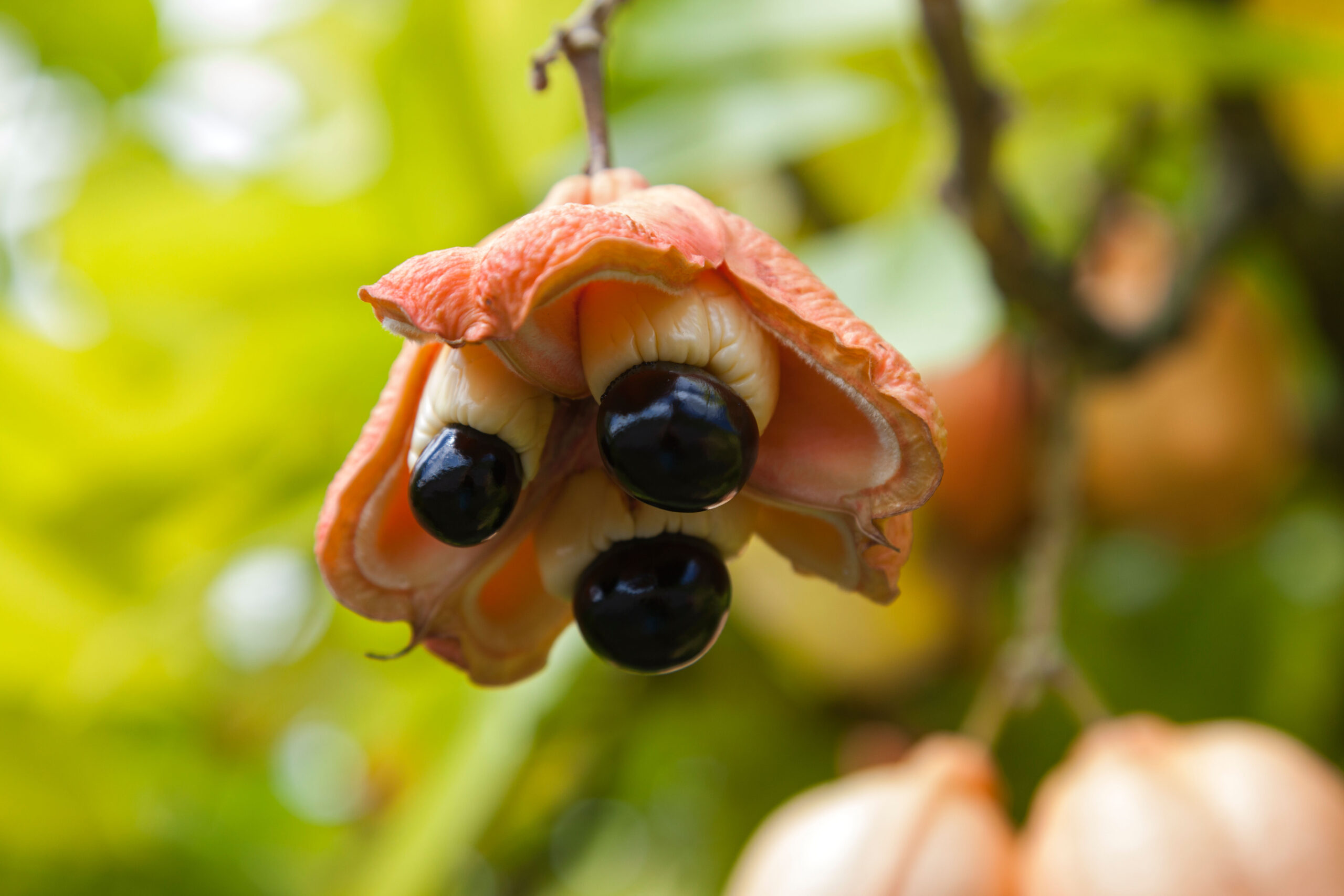 Ackee fruit is toxic if not prepared properly (Credit: Alamy/Findlay)

As the national dish of Jamaica, ackee is probably among the most straightforward “unusual” groceries to source. Originally from West Africa, ackee has become a staple of cookery across the Caribbean - commonly paired with salt fish.

While undeniably tasty, the fruit also has a dark side. When prepared incorrectly, the fruit is dangerously toxic. Every year ackee causes thousands of cases of “Jamaican vomiting sickness” and, in extreme circumstances, can even lead to death. 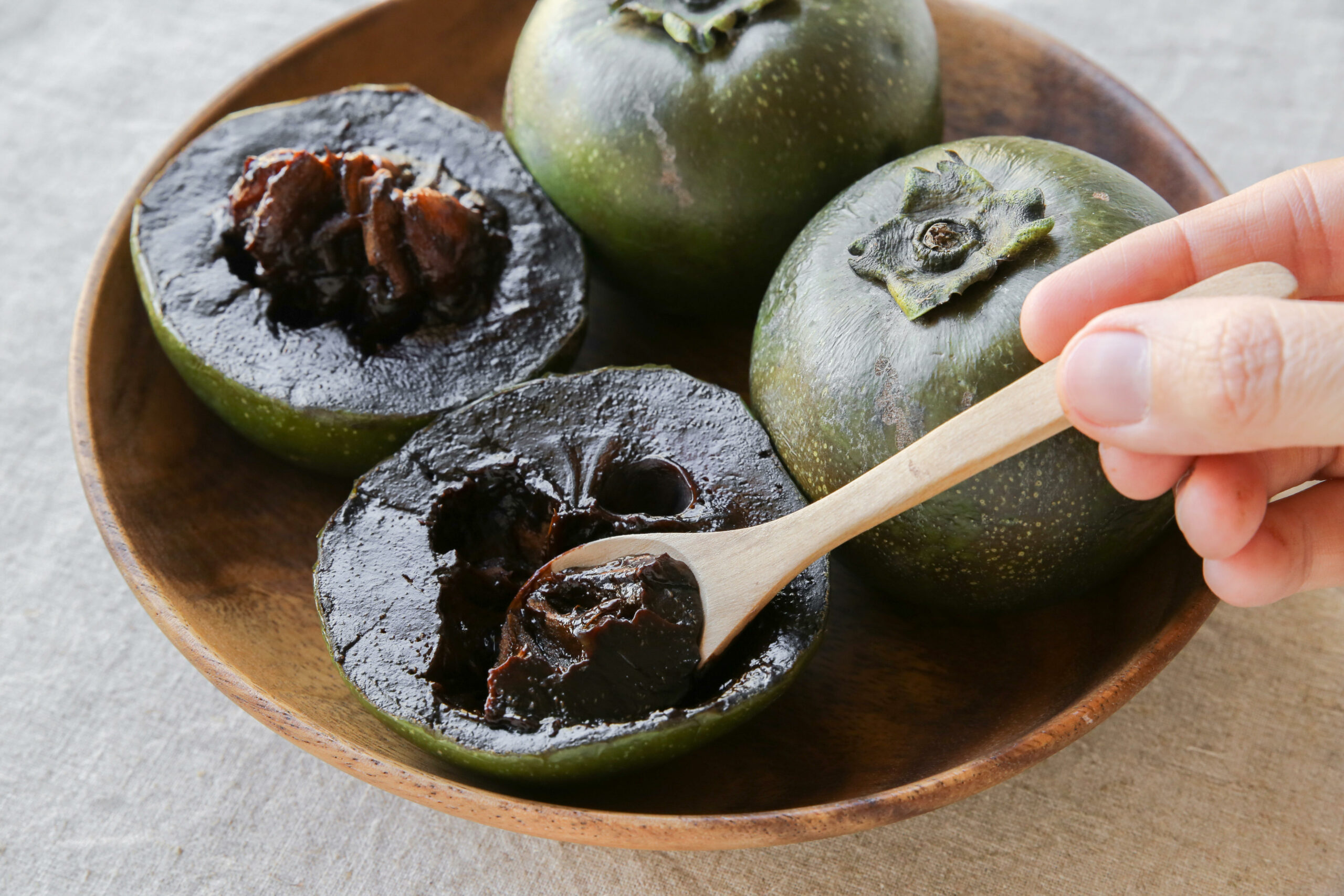 Black sapote is notorious for its similarity to chocolate pudding (Credit: Alamy/Thitaree Sarmkasat)

A native of Central America, the unassuming black sapote is perhaps the world’s most exciting fruit. Despite looking like an unripe tomato from the outside, the black sapote has a hidden secret.

When matured, the dark, spongy flesh has an appearance and flavour unlike any other plant - hence it’s other, far more enticing name of “chocolate pudding fruit”. Though it may seem far too good to be true that there is fruit out there that tastes of chocolate, the black sapote is proof that, if you look hard enough, dreams really do come true. 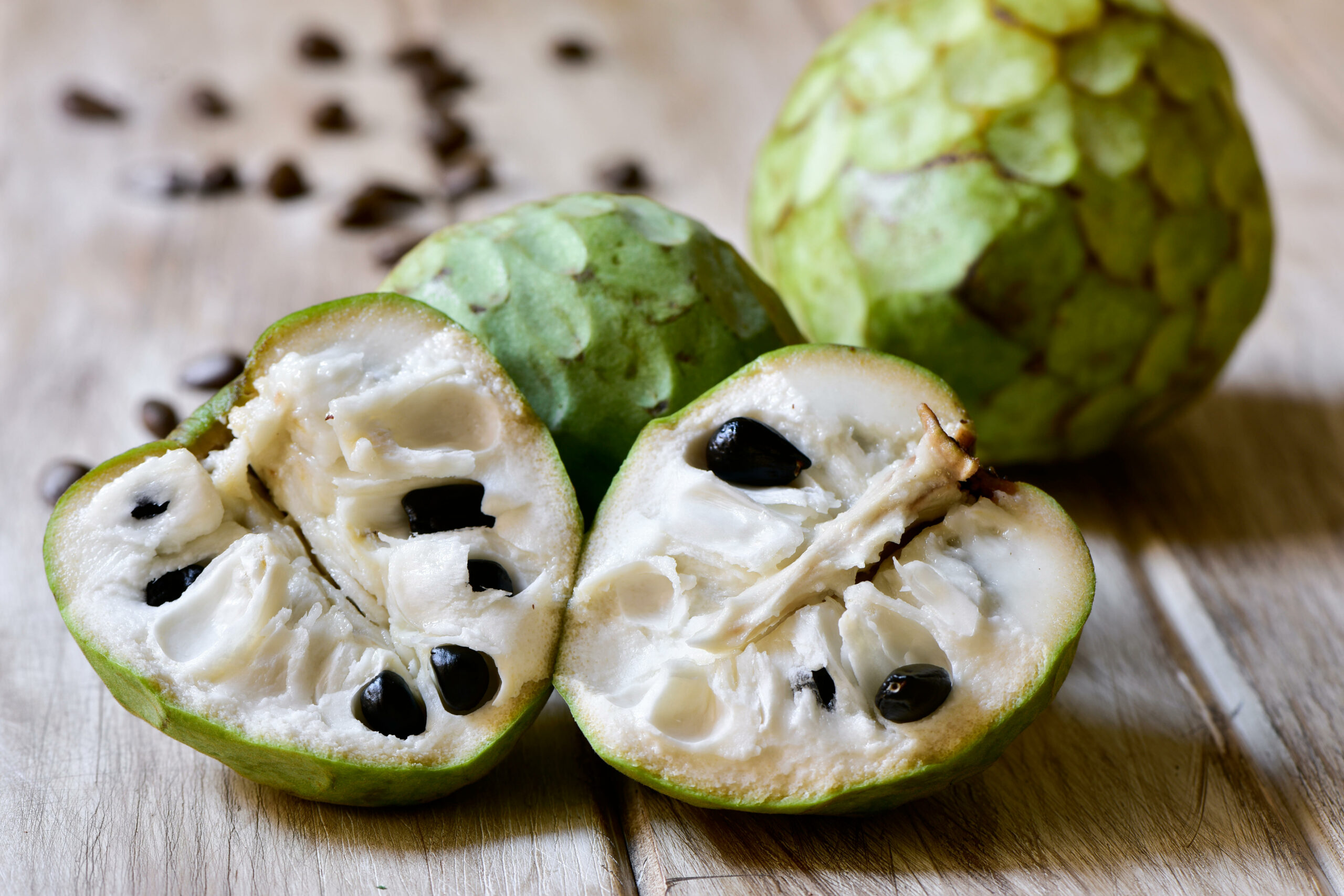 Cherimoya are rumoured to be among the tastiest fruits in the world (Credit: Alamy/nito)

According to revered author Mark Twain, the cherimoya can lay claim to the title of “most delicious fruit known to man”. Commonly described as having a taste akin to a cross of banana and pineapple, the creamy flesh of cherimoya has given rise to the secondary sobriquet of “custard apple”.

Now cultivated and prized in tropical climes the world over, the cherimoya is both delicious and nutritious, putting it near the top of the tree as far as fruits go.

Though many of the exotic fruits in this list may look intimidating, their popularity and slew of positive reviews means that they’re sure to please the courageous palate.

Next time you spot something unusual in a market stall, don’t shy away.

Take a walk on the wild side and never judge a fruit by its cover.